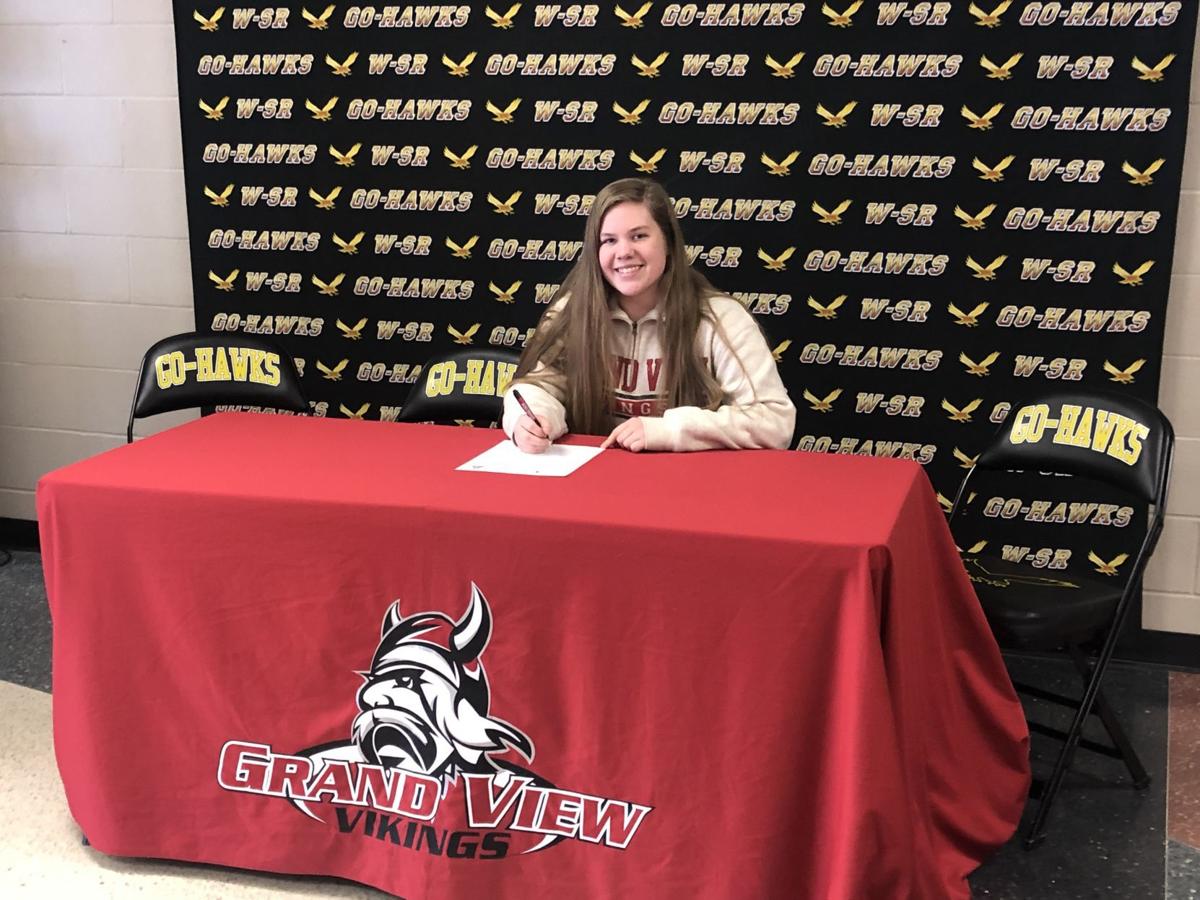 W-SR senior Gabby Burman smiles for a photo Thursday afternoon in Waverly after signing her LOI to play soccer at Grand View University. 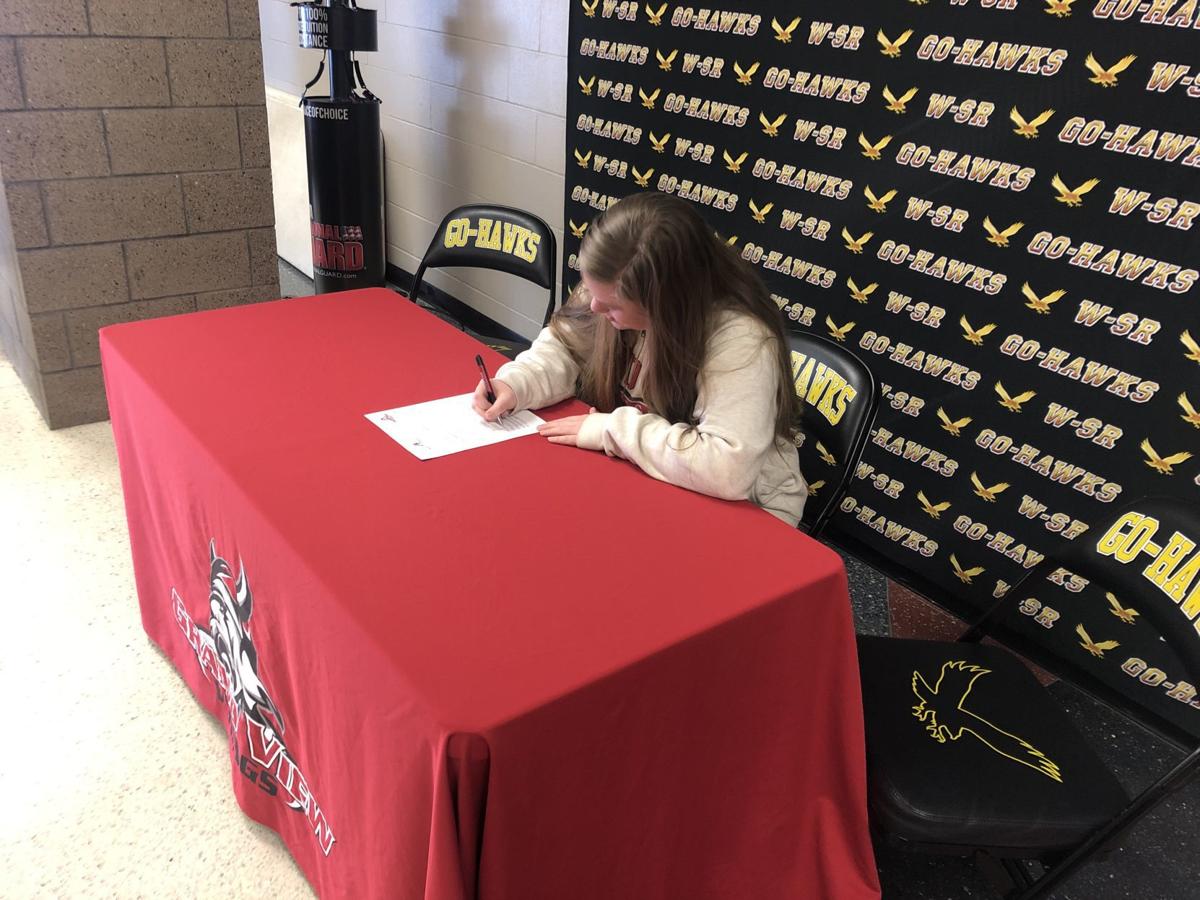 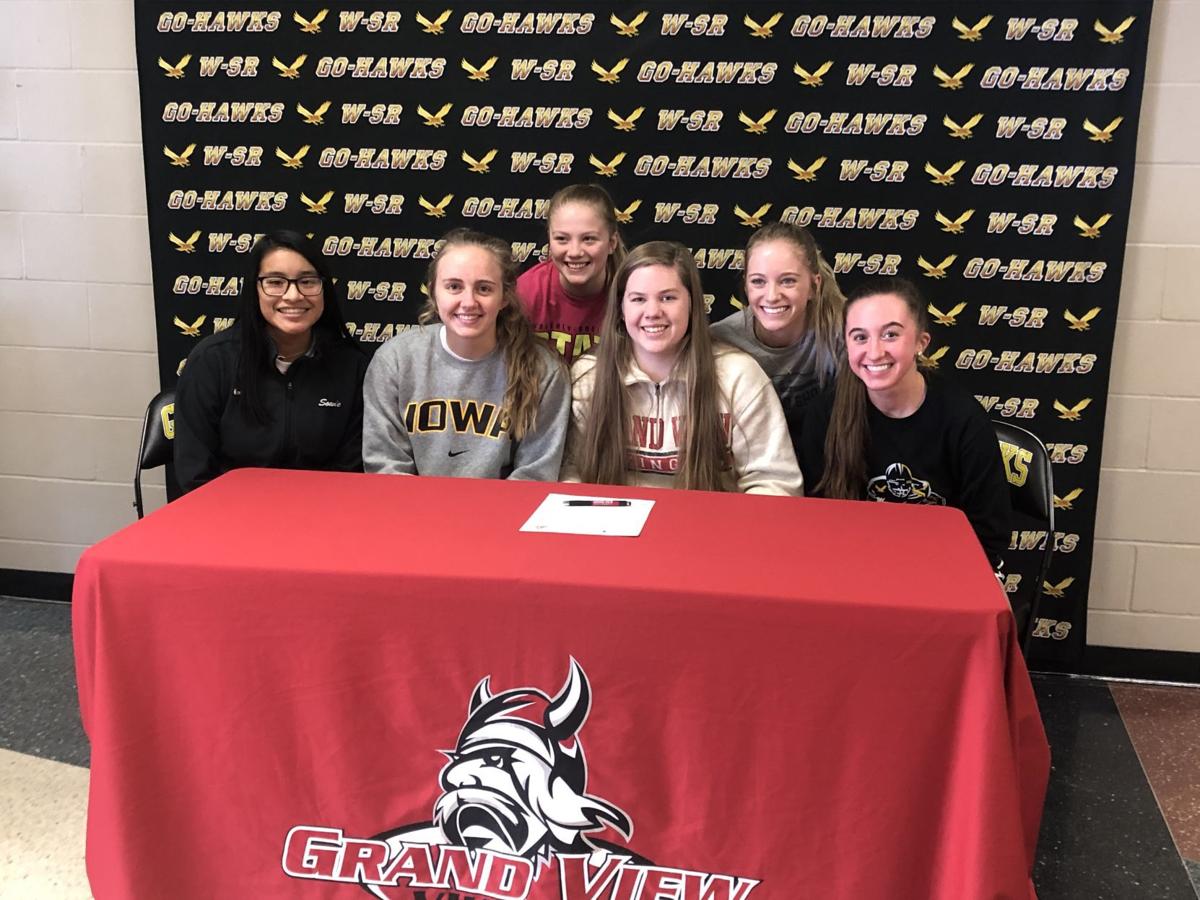 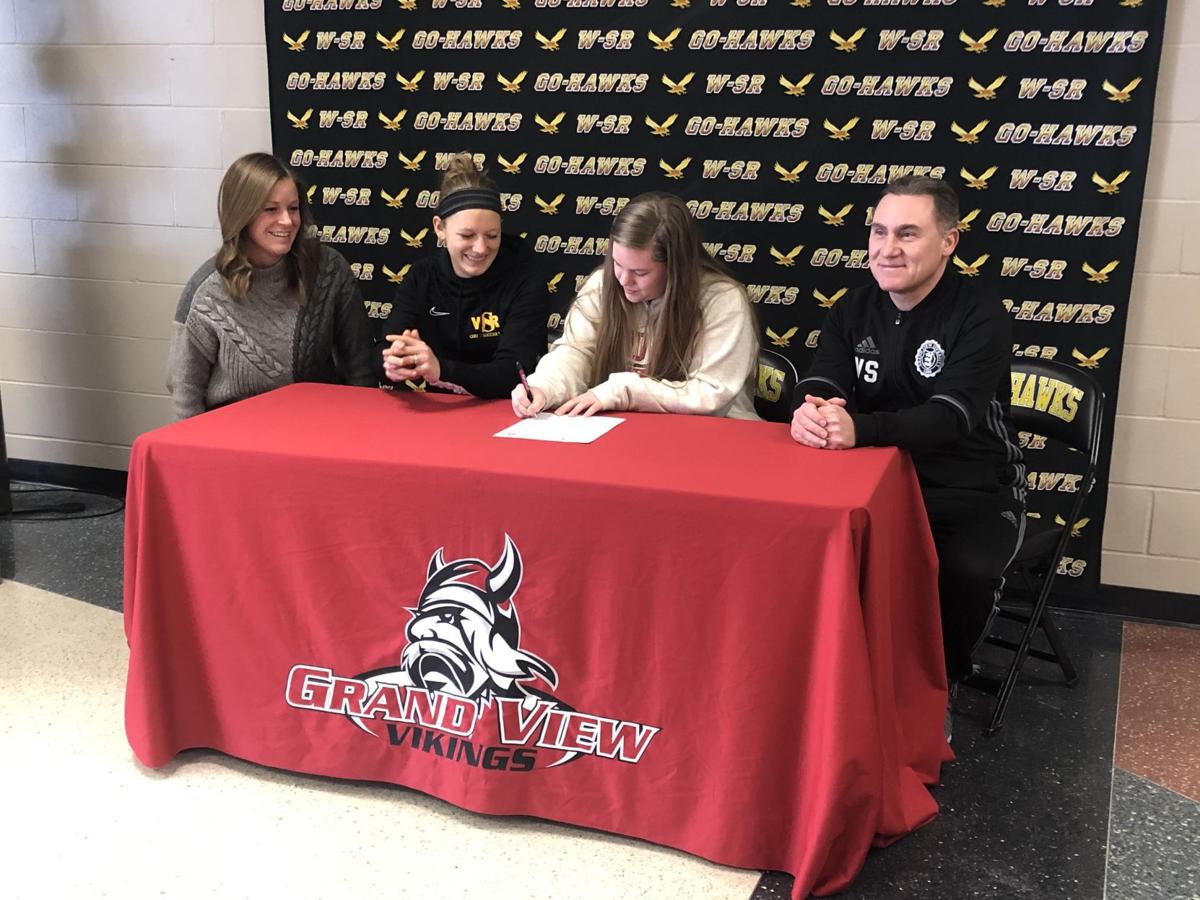 Gabby Burman signs her LOI amongst her soccer coaches Thursday in Waverly.

W-SR senior Gabby Burman smiles for a photo Thursday afternoon in Waverly after signing her LOI to play soccer at Grand View University.

Gabby Burman signs her LOI amongst her soccer coaches Thursday in Waverly.

On Thursday afternoon in Waverly, friends, family and coaches gathered in the Waverly-Shell Rock High School commons watched a particular student athlete turn the first page of a new chapter.

"I’m excited," Burman said. "Ventsi (Stoimirov, Grand View head coach) has been a lot of fun to work with, and I'm just excited to go play for them next year."

Burman will join a Vikings team that went 5-9-3 last season and lost in the first round of November's Heart of America Tournament, but soccer isn't the only thing she's looking forward to.

"They have a really good nursing program, which is what I want to do," Burman said. "I’m excited to go for that. And I noticed they had a soccer program, and I was like, 'Ok, I can do both.'"

When asked what she's most looking forward too about the experience, Burman said she's eager to familiarize herself with her new teammates.

Before she starts thinking too much about college soccer, though, Burman still has her final season at W-SR to focus on, and it'll be a big one.

"I definitely want to make it back to state with my team," Burman said. "Especially since we’ve gotten runner-up the last two years, I just want to get back there with them because it’s so much fun to play with them."

Burman is one of W-SR's goalkeepers, and after fracturing and dislocating her ankle last year, she's focused on getting her footwork and comfort back.

Once she graduates, Burman will need to adjust to the increased competition at the next level.

"Definitely the intensity will be higher," she said. "The shots are going to come a lot faster and harder. Everything will be."