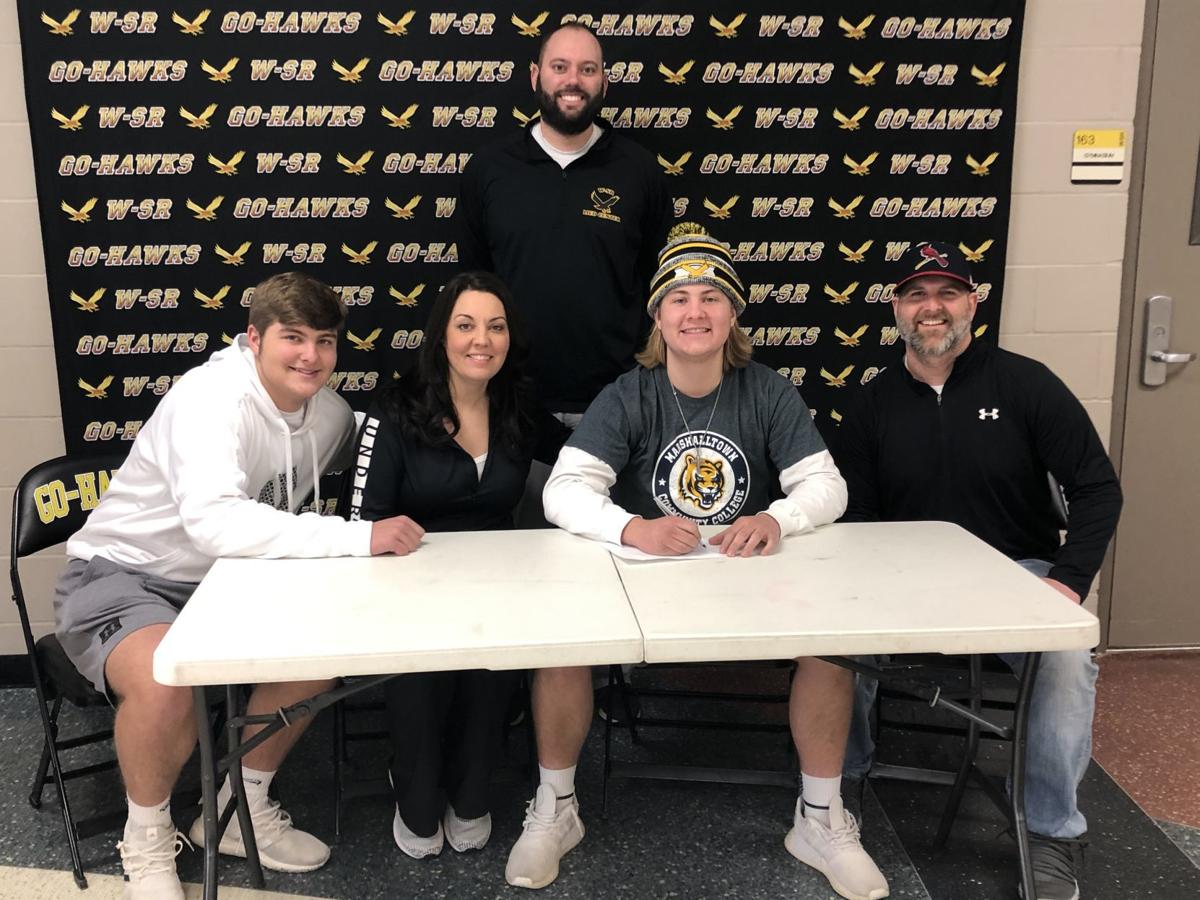 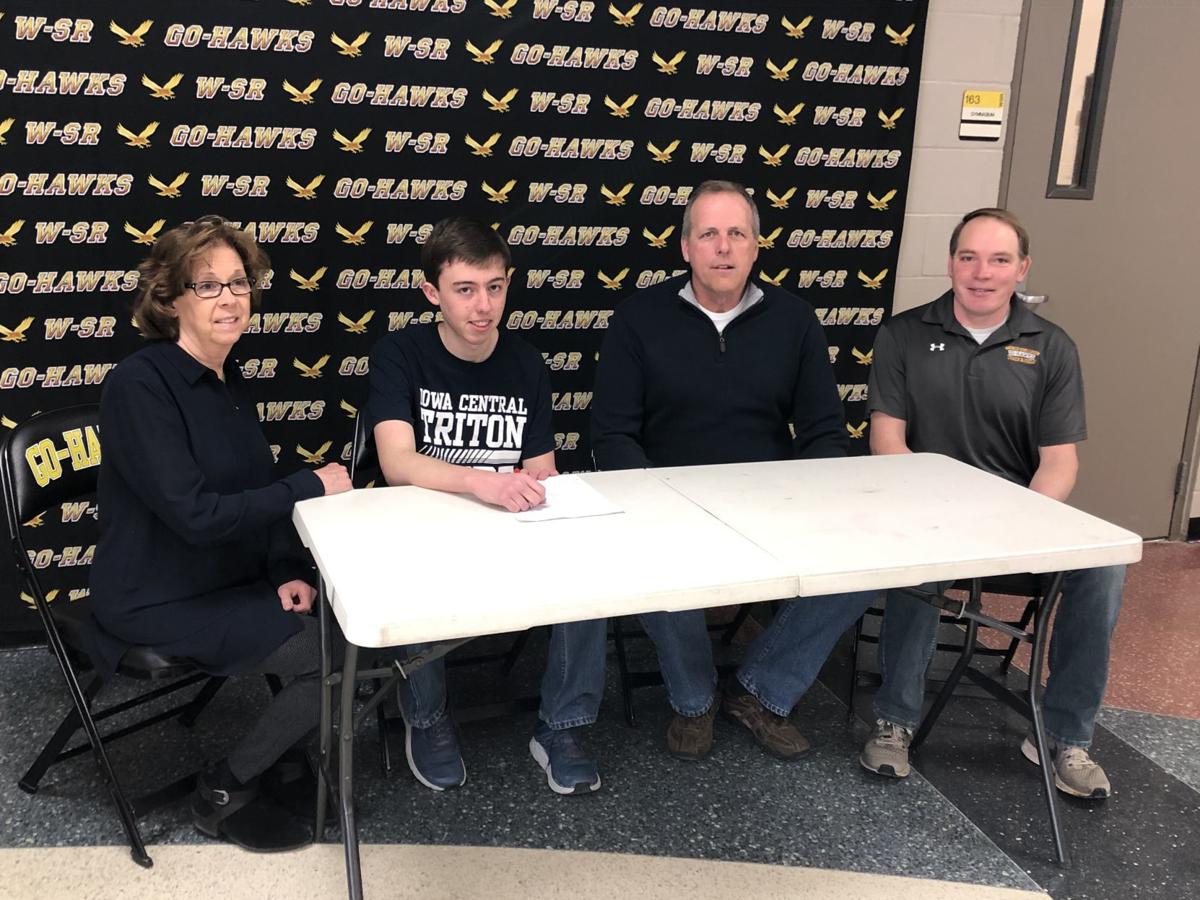 W-SR senior Evan Ellsworth (second from left) poses with his family Wednesday morning in Waverly after signing to run cross country and track and field at Iowa Central Community College. 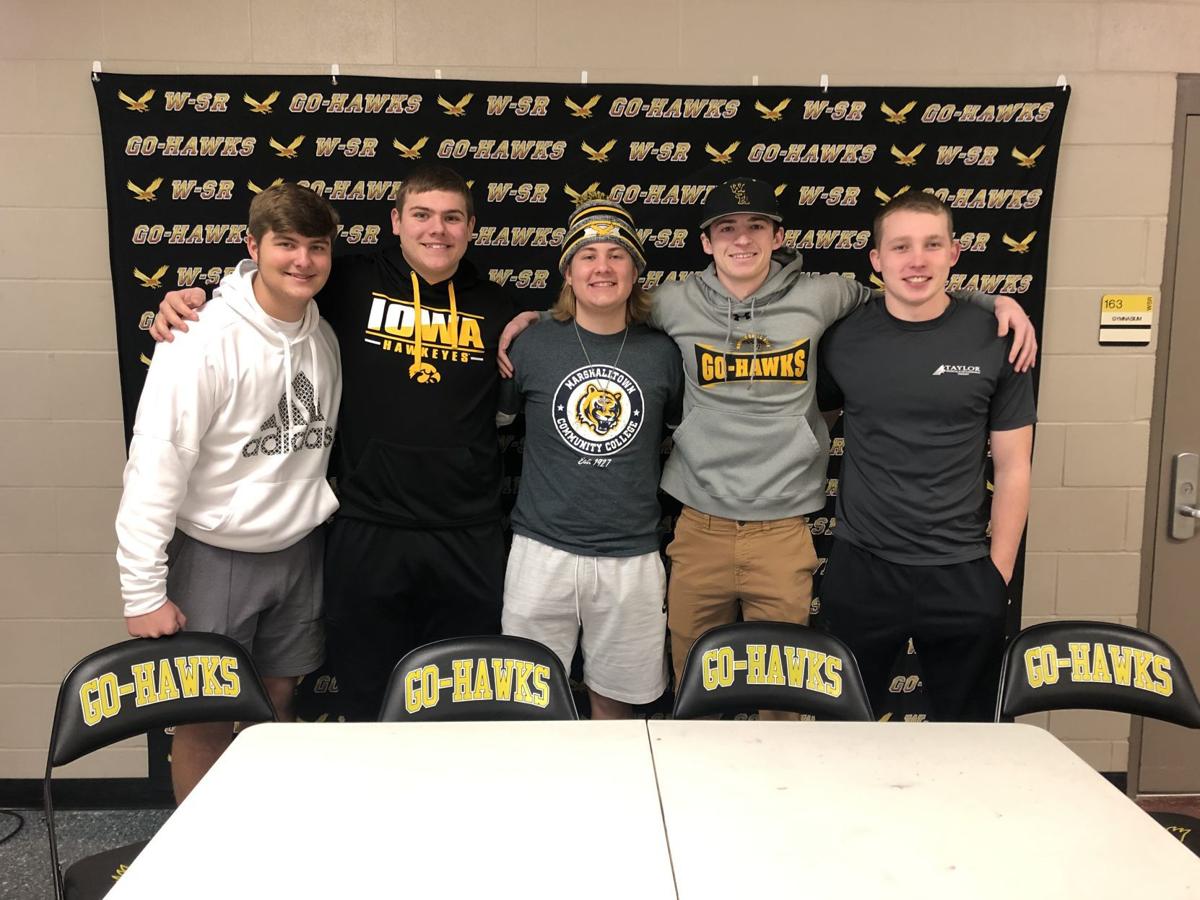 W-SR senior Evan Ellsworth (second from left) poses with his family Wednesday morning in Waverly after signing to run cross country and track and field at Iowa Central Community College.

Key, a senior who will soon play his final season for the Go-Hawks, said he's been waiting for this moment ever since he started playing baseball.

"It feels great," Key said. "I’ve dreamed about this for a long time. It feels surreal to finally be able to do it. As soon as I could, my dad signed me up (for baseball) and I just fell in love with it."

Key's college decision came down to three schools — Marshalltown, Waldorf University and Iowa Wesleyan University — but he chose Marshalltown for its team atmosphere.

"Just the program that coach (Marshalltown baseball head coach Anthony) Everman has over there just really stuck out," Key said. "I like the way he runs everything. I feel like they have players over there that have the same goals that I do. I know he’s going to be able to not only turn me into a better baseball player but a better man in general and get me prepared for life."

While Key is excited for his next chapter in Marshalltown, he still has the 2020 W-SR baseball season to focus on.

He said Waverly-Shell Rock's coaches have been helping him with his swing and his mechanics behind the plate at the catcher position.

"They’ve done everything so well," Key said. "We have big things planned for this season. I can’t wait to play with this group of seniors."

Meanwhile, Ellsworth knew he was going to attend Iowa Central the moment he stepped foot on campus in Fort Dodge.

"It was really welcoming," Ellsworth said. "They’re a good program for distance running."

The W-SR senior was on his phone one day when he received a direct message on Instagram. Apparently, the message was from Tritons head coach Nick Ekel, who wanted Ellsworth to come visit.

Ellsworth will be running both cross country and track and field at Iowa Central, and he's hoping to improve upon his personal record times as he moves to the next level.

"I’m just looking forward to running with all the cross country guys," Ellsworth said. "It sounds like a good program. As a runner, i”m just hoping to improve my overall running and just hoping to get better at it."

He still has one season of high school track remaining at W-SR, but his high school cross country career is all wrapped up, as Ellsworth played a crucial role on the boys varsity squad that qualified for state for the first time since 1985 back in October.

"I think that overall experience was just really fun for us, because that was like the first time we made it in a long time," Ellsworth said. "So that was kind of been a goal in the back of our minds this past summer. All of us were training and working as a team to get there."