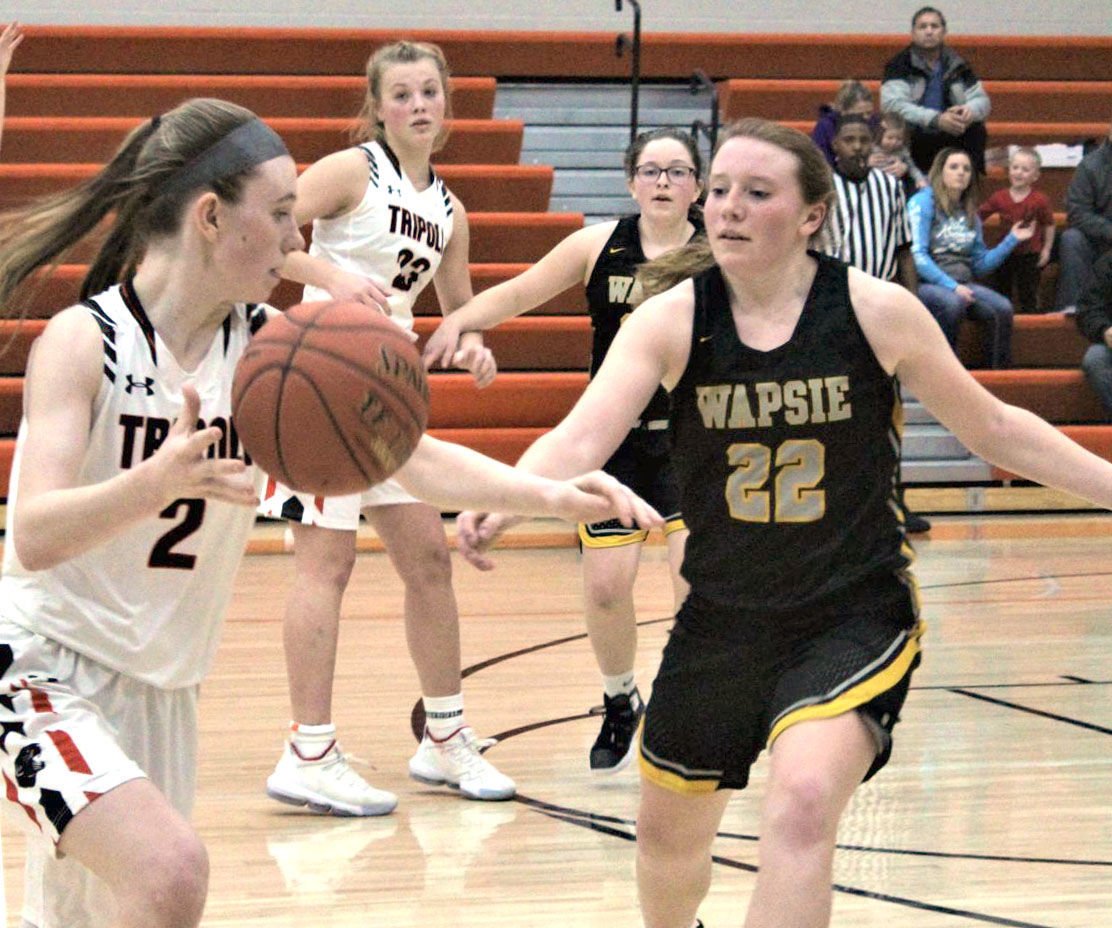 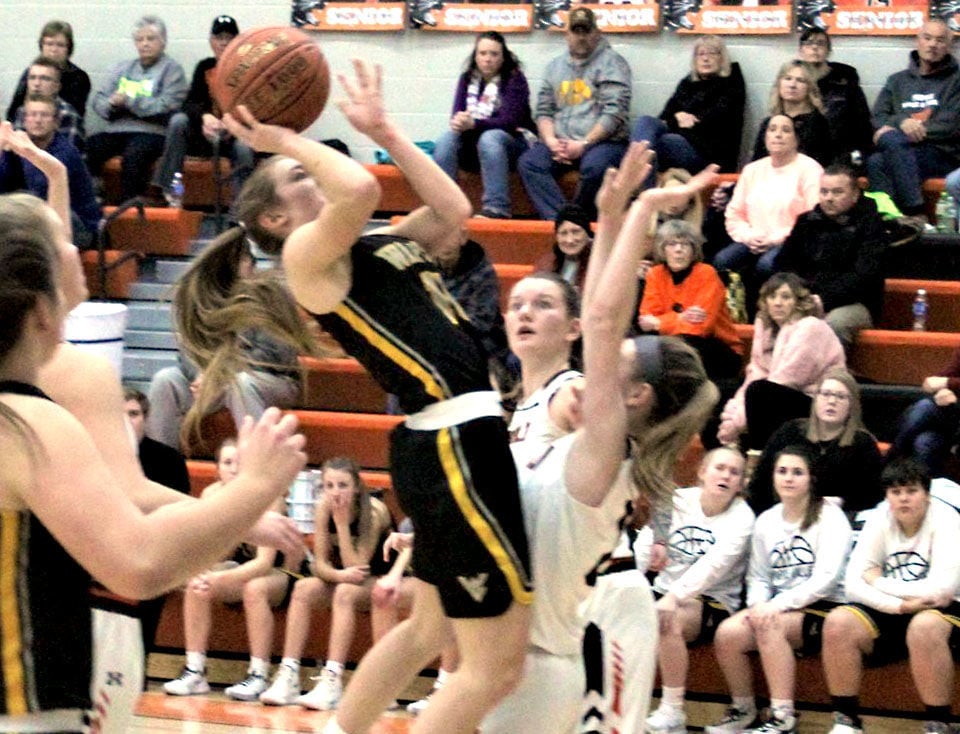 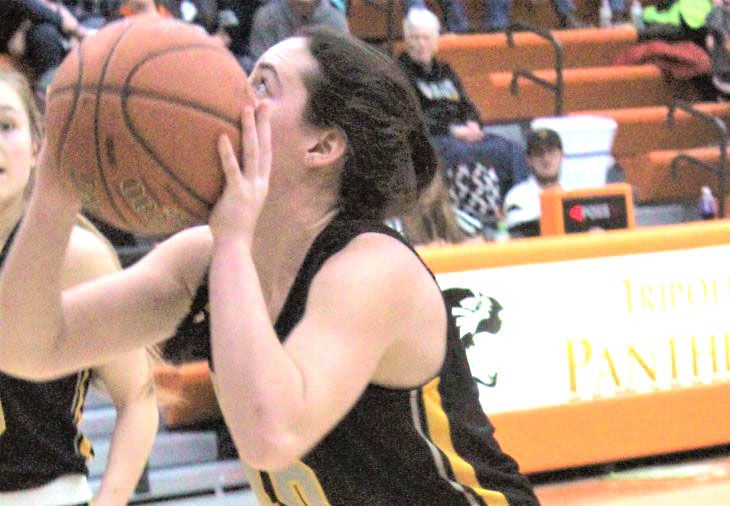 TRIPOLI — The Wapsie Valley girls basketball team fell 57-49 to the Tripoli Panthers to close the Class 1A regional basketball opener on Thursday on the road.

The Warriors trailed the Panthers by three at quarter one and one in quarter two for a four-point gap at the half. Tripoli picked up steam in the third, outpacing the Warriors by nine for a 13-point deficit, and while Wapsie closed that gap by five in the fourth, it was nine fewer than needed for a win.

"Offensively we got some shots that we wanted to get, we just didn't make them," coach Justin Davie said. "But all game we played hard, hung in there, kept making runs to keep ourselves in the game.

"They made a run toward the end of the third quarter that pushed it from a five or six (deficit)," to a 13 deficit to end the third, "and that was a little bit too much of a deficit for us to overcome. We cut it to five.

"We played hard, didn't execute the greatest but found a way to hand around. It was a good team," he said.

"[I'm] thankful for our three seniors," Davie said, referring to Beesecker, Kayser and Gaia Amato. "[They] had a nice four years. Going to miss them."

"We had a lot of young girls this year. If they're motivated to get in the gym and improve their game, I think we could take a big jump."

"Our defense was overall OK," Panthers coach Erica Ollendieck said. "I think we executed when we needed to on offense ... got the ball to the right people at the right time, especially toward the end of the game.

"Zoe Semelroth executed for us really well, finished with 23 tonight. Overall, as a team, we played solidly."

As they continue, she will continue to push them on defense: "[We] have to identify who we're going to guard a little more tight, I know they have some three-point shooters, definitely work on taking care of the ball and some of the fundamentals."

"Zoe Semelroth had 23 down low [and] played phenomenal ball," Ollendieck said, referencing that she didn't play in the last six minutes.

Wapsie's Bodensteiner and Tripoli's Semelroth each fouled out in the fourth with five.

"Taylor Flaig played really well down low, Olivia Miller handled the ball really well for us and put some points on the board, and Ellie Steere played phenomenal defense," she said. "The girls that came in off the bench got in and did their job, so I'm proud of that."

UP NEXT: Wapsie Valley's season ends. Tripoli will travel to Elkader on Tuesday to take on Central Elkader at 7 p.m. at Central Elkader Junior-Senior High in round two of regional play.