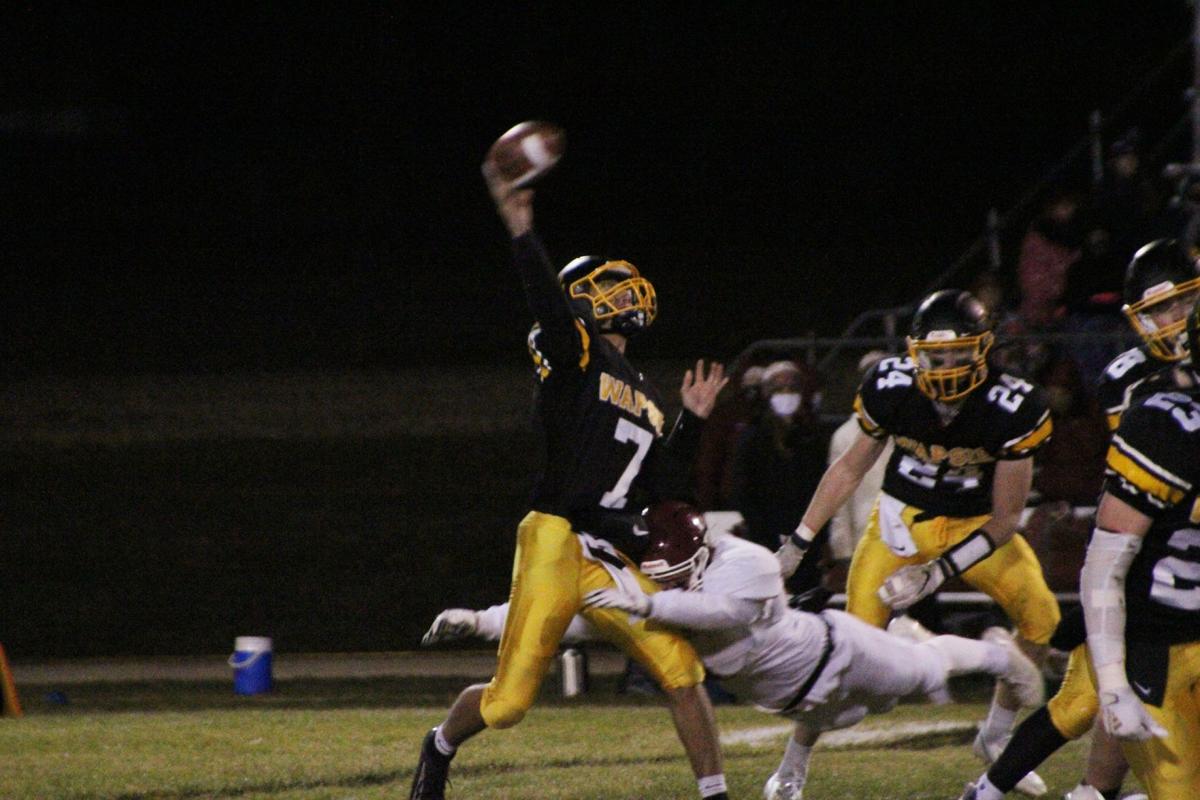 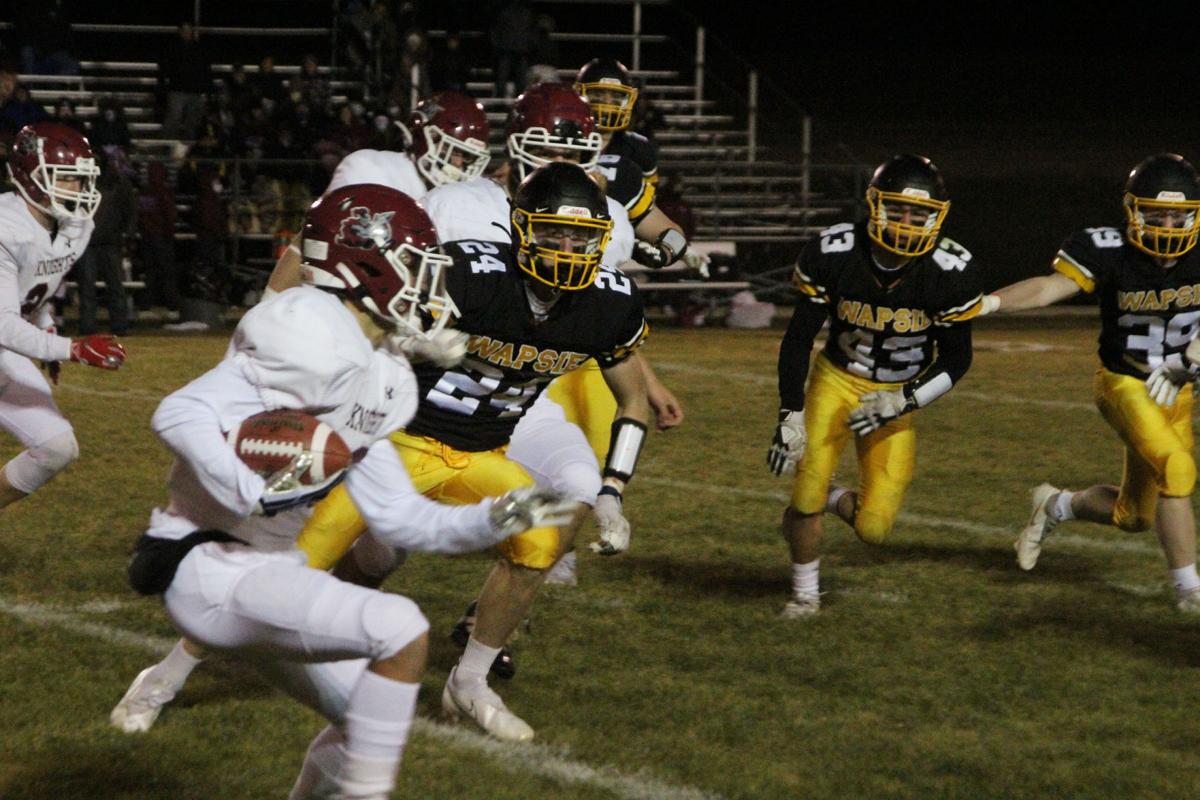 FAIRBANK – A game that had the makings of a battle between quarterbacks turned out to be just the opposite.

Strong gusts grounded the passing attacks of both Newman Catholic and Wapsie Valley for the majority of the night. But Wapsie Valley turned to another one of its strengths this season – its offensive line.

Trevor Sauerbrei ran at large, while Wapsie Valley forced four turnovers in a 20-7 win over Newman Catholic in a Class A second-round playoff game Friday. Wapsie Valley advances to the third round, which is scheduled for next Friday. The Warriors will host Lisbon in Pod C, with the winner facing either Alburnet or Iowa City Regina in the quarterfinals.

“We knew that this was going to be a battle at the line,” said Sauerbrei, a senior, who rushed for 219 yards (unofficial) and rushed for two touchdowns.

More impressive was the effort of the Warriors’ defense.

Entering Friday night’s game, Newman Catholic quarterback Max Burt ranked sixth in Class A in passing with 1,358 yards. The Warriors intercepted Burt three times and held him to just 113 yards through the air.

Newman Catholic (6-3) marched down the field on its opening drive and threatened to take the game’s first lead. Holten Robinson had other plans. The Wapsie Valley junior stepped in front of his receiver and picked off Burt’s pass and raced to his own 36-yard line.

“We’ve got some quick guys out there that can put on a pretty good pass-rush at times, but he got away, too, a few times,” Wapsie Valley head coach Tony Foster said.

“But we did have good pressure on him, particularly from the ends and a few blitzes got to him or got close. He’s a tough, tough kid.”

Sauerbrei made the turnover count with a 10-yard touchdown run to give Wapsie Valley a 6-0 lead with 11 minutes, 52 seconds remaining in the first half.

“It’s not easy to tackle in the cold, and I knew that,” Sauerbrei said. “I was just going to be the tougher man.”

Burt handed the Knights their only lead of the night following a 10-yard scramble off a broken play. Burt danced around a handful of Warriors’ defenders before sliding into the end zone for a 7-6 advantage with 5:54 to play before halftime.

Wapsie Valley (8-1) answered right back in an all-too familiar way. Kobe Risse, who entered the game with 23 touchdown passes – the most in Class A, threw his 24th of the season, this one a 25-yard fade to Blayde Bellis for a 13-7 lead with 21 seconds left in the first half.

“We’ve been best friends since pre-school, so he makes my job easy,” Bellis said. “I try to make his job easier. It’s a good connection. It’s something you can’t practice, it’s just there.”

The score was Bellis’ 11th touchdown reception of the season. He finished with four catches for 62 yards.

“They’re brothers from other mothers,” Foster said of Risse and Bellis.

The Warriors took that 13-7 lead into the locker room and extended it in the second half.

Sauerbrei broke off a 30-yard scoring run to make it 20-7 with 8:22 remaining in the third quarter to help ice the game for good.

Brody Stark and Jordan Rubner snagged interceptions in the second half, while the Warriors also recovered a fumble.

“Offensively, they’re unbelievable,” Foster said. “It was our best defensive effort this year by far against a really, really good football team.”