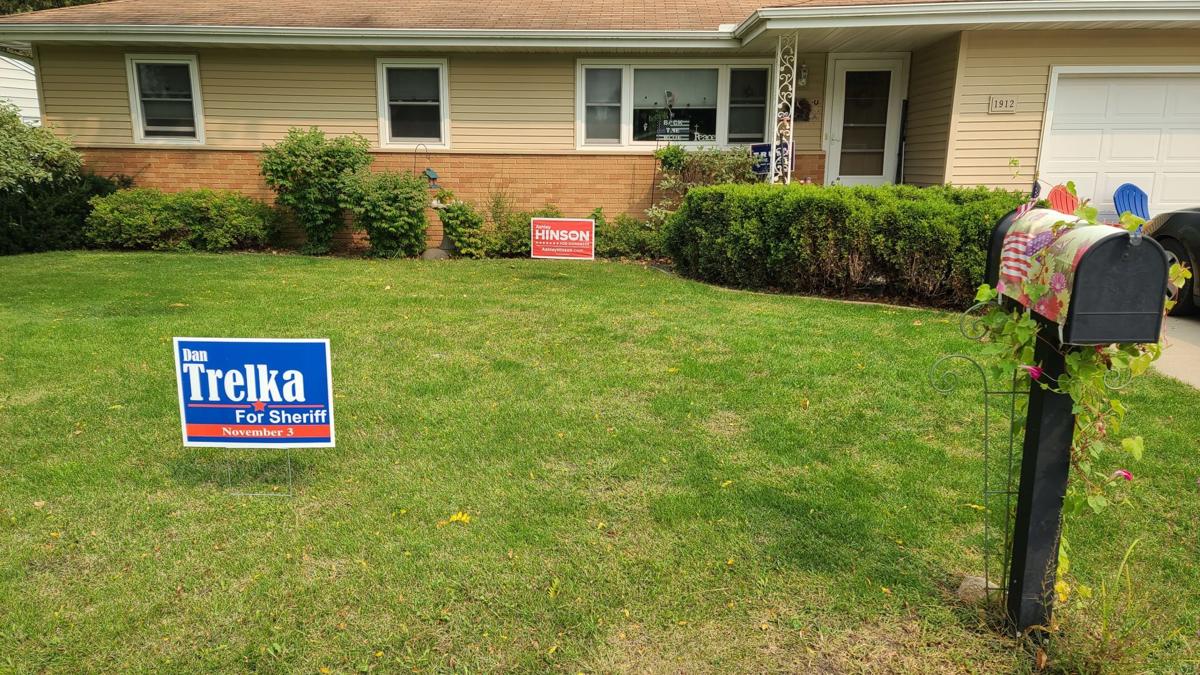 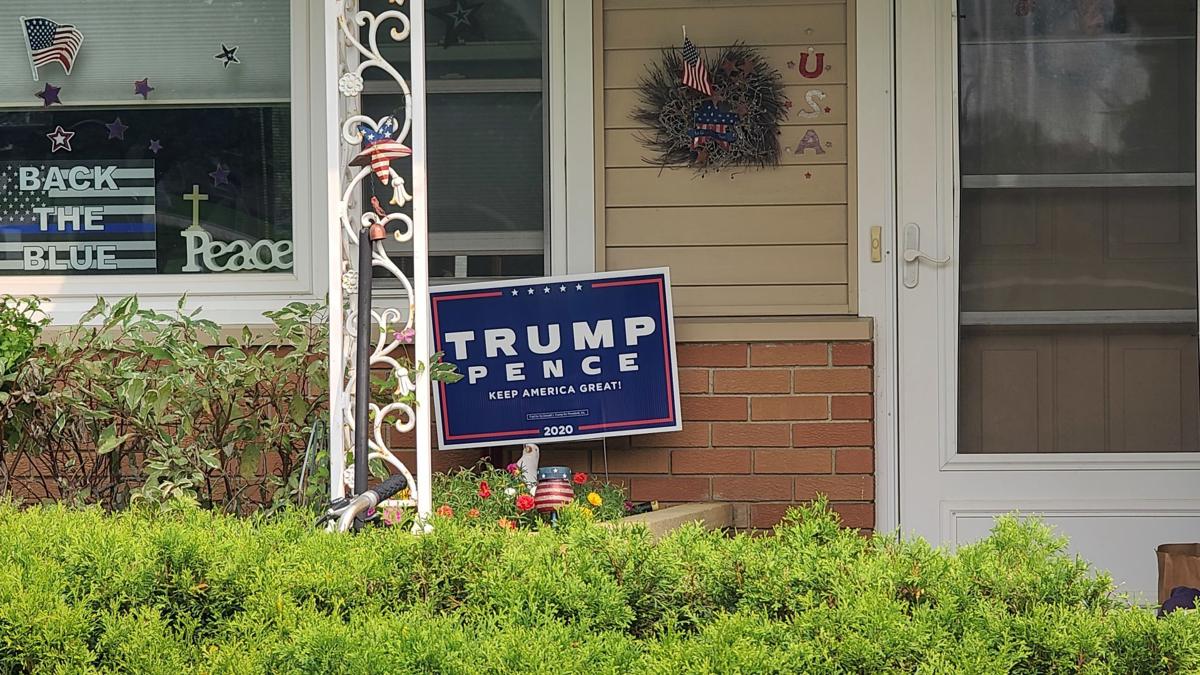 A sign showing support for President Donald Trump and Vice President Mike Pence hangs next to the front door of Judy Reynolds’ house in Waverly.

A sign showing support for President Donald Trump and Vice President Mike Pence hangs next to the front door of Judy Reynolds’ house in Waverly.

A Waverly woman says the Trump sign she had displayed on her property had disappeared two weeks ago Saturday.

Judy Reynolds notified the paper that she told the police she would press charges against the individuals who took her sign if the responsible persons were to be found.

Two other signs, a pink one that said, Women for Trump, was torn up “into little pieces” and another one, hanging on her garage, which said Keep America Great, was also stolen.

He said the offense would most likely be a criminal mischief, a simple misdemeanor.

Reynolds said her original signs held special significance to her because they would be hard to replace. The company that printed them was impacted by a hurricane, and Black Hawk County Republicans leadership could not obtain them any more.

“My neighbor two houses down had a Biden sign he put out by the curve, but if I put my Trump sign by the street curve, I’m afraid it would be taken,” she wrote in a text message to the paper.

Meanwhile, Reynolds drove to Waterloo last week for Trump campaign bus tour stop in Waterloo, and was able to get replacements, except for the Keep America Great sign.

“I am disappointed in Waverly for this,” she said. “We should not have to worry about voicing our political preferences, that’s not right. I have a family member in Evansdale who have Trump signs in their front yard and no one has bothered them there.”

Reynolds said she was not home when the signs were taken, late at night on Saturday, and her neighbor noticed what appeared to be teenagers on Reynolds’ property.

“Why would they be out that late at night?” she asked. “Do their parents know? I am curious if I put the new sign by the curve and see if it gets stolen again,” she said. “I have never had this happen to me before.”