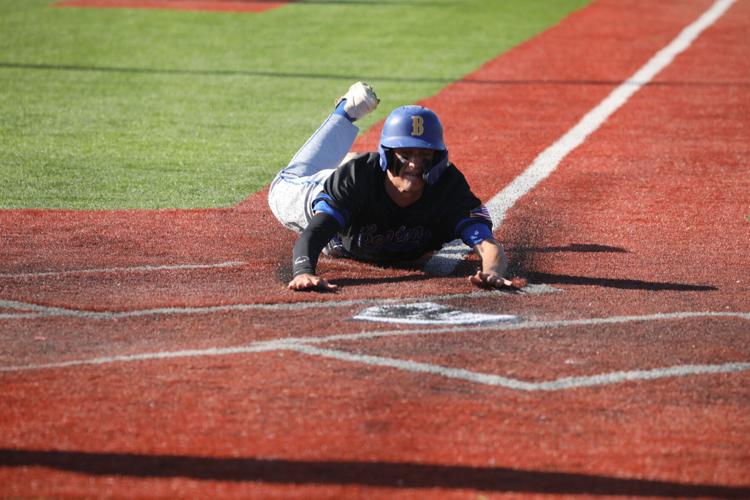 Benton junior Evan Daugherty slides to home off an Indee error as the Bobcats try to overcome a 12-1 early deficit against the Mustangs on Monday. 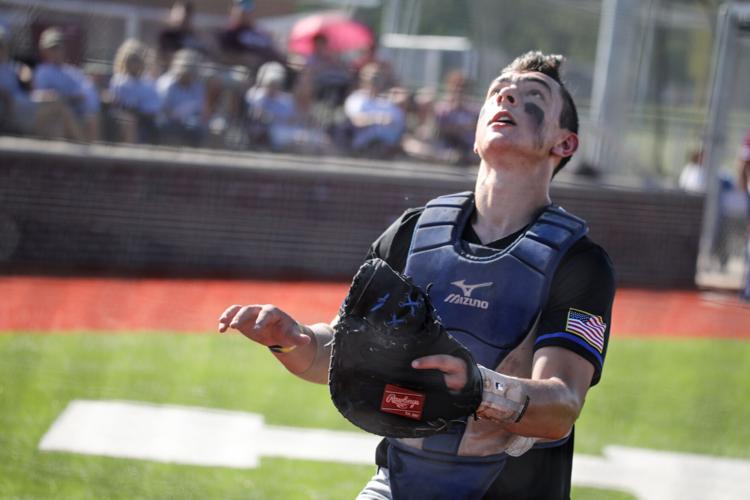 Benton junior Cael Kaestner searches for a ball that ends up foul during Monday’s doubleheader at Independence.

Benton junior Evan Daugherty slides to home off an Indee error as the Bobcats try to overcome a 12-1 early deficit against the Mustangs on Monday.

Benton junior Cael Kaestner searches for a ball that ends up foul during Monday’s doubleheader at Independence.

Nothing gets easier in the WaMaC, and Benton saw that Monday as they faced one of the conferences’ top teams in Independence, falling to the Mustangs 20-10 and 17-8.

The Bobcats hit off with an RBI single from senior Casey Gallagher to score senior Zane Frese in the top of the first inning. The defense then got two outs on Indee all tied up before the Mustangs took advantage of free bases to score 11 runs in the bottom of the inning as they faced three pitchers.

“They’re tough all the way down their lineup,” coach Seth Patterson said. “They swing it extremely well. We didn’t execute pitches and the wind blew their hits right out.”

Down 10 runs after a single inning, the Bobcats weren’t about to give in so easily. Juniors Easton Patterson and Evan Daugherty took advantage of Indee mistakes to score, while junior Cael Kaestner and Frese drove in runners to put four runs on the board. Suddenly, Indee’s lead wasn’t as intimidating, until the Mustangs put up two four-run innings on the board to regain their lead. The Bobcats would try to climb out their 10-run hole, with junior Lane Kaestner batting in juniors Jordan Thys and Trey Schulte to make it 20-10. The final out officially ten-run ruled Benton in the fifth inning.

The Mustangs would jump out to a 4-0 lead after two innings, but the Bobcats were ready to respond with a six-run fourth inning for a 8-5 lead. Indee had the answer with 12 runs across three innings to complete their sweep. Cael Kaestner came up with two hits, two runs and two RBIs in the loss.

“We scored 18 runs in a doubleheader and didn’t get a victory,” Patterson said. “It shows they’re an extremely tough out. We played competitively in this game.”

Benton (13-14) fell to Anamosa the next day 12-2 and they will travel to Cedar Rapids Xavier on Thursday. They will host Williamsburg on Monday.

“The guys know there are positives playing against and hanging around teams like Indee,” Patterson said. “We’re not that far off.”