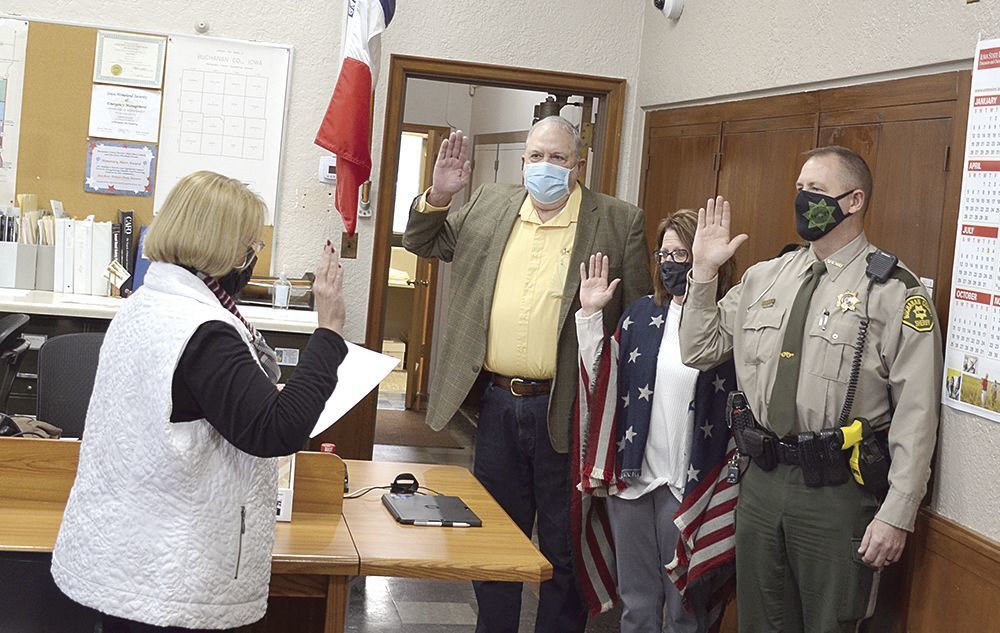 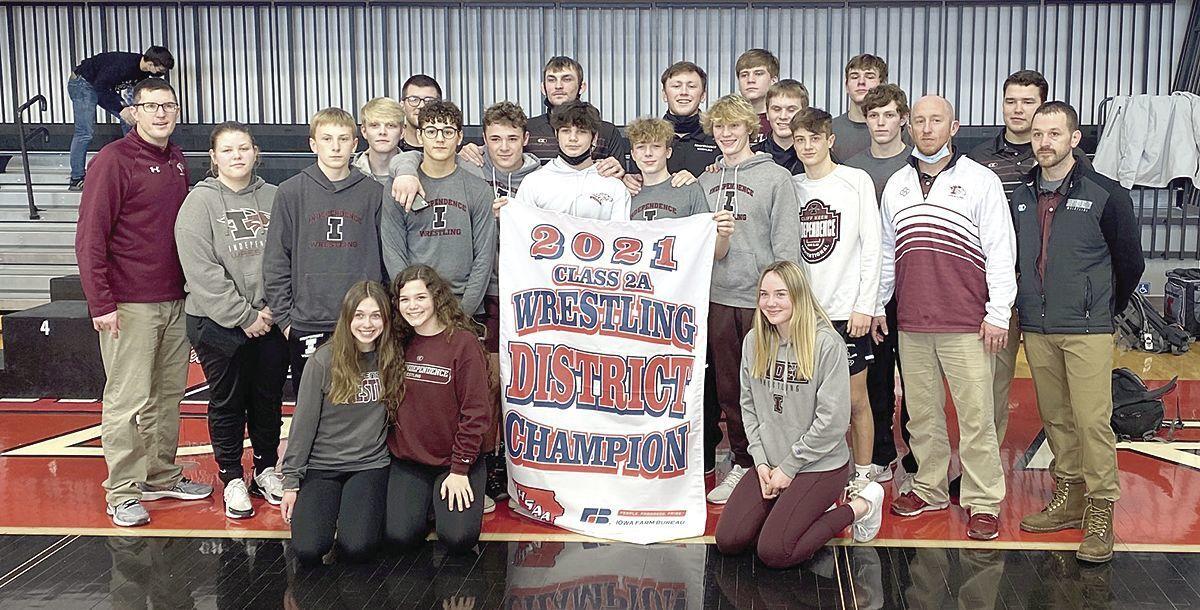 Junior Isaiah Weber won the 2021 2A state wrestling championship at 138 pounds inside Wells Fargo Arena in Des Moines on February 20. 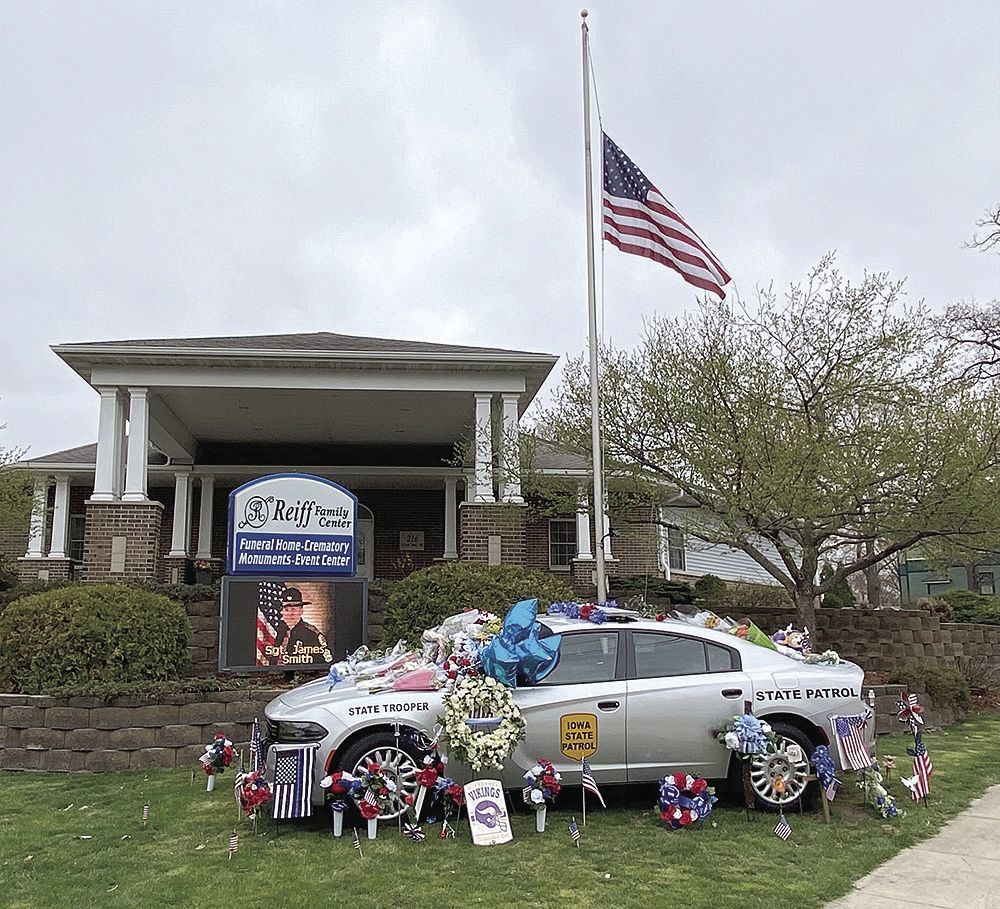 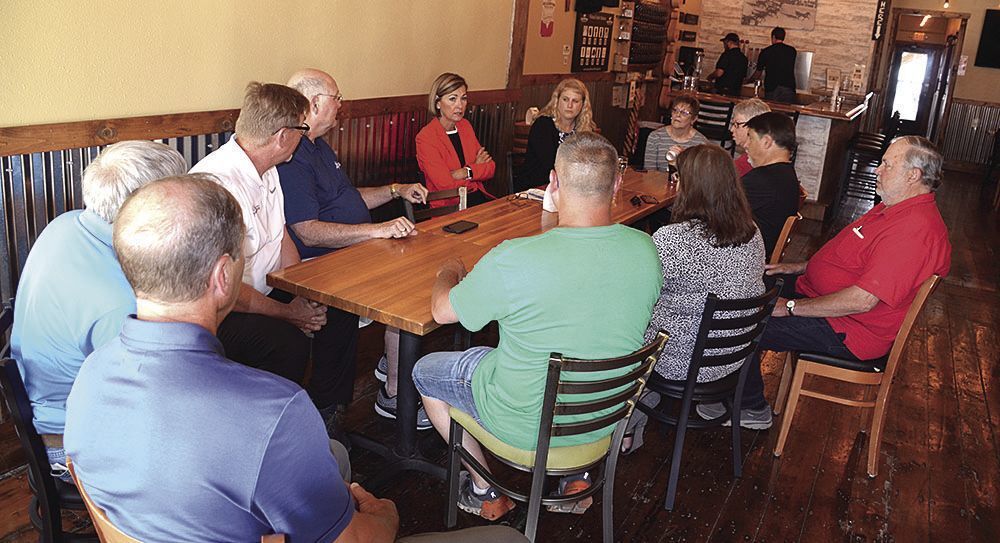 Junior Isaiah Weber won the 2021 2A state wrestling championship at 138 pounds inside Wells Fargo Arena in Des Moines on February 20.

Looking back over 2021 was a very difficult task. While there were many celebration there were also sad and tragic events. Here are just some of the stories that made the year memorable.

Correspondent Josie Fischels reported on a look at how the Coronavirus impacted rural communities in Buchanan County in 2020. Part of the article included the following timeline:

May 4 – First hospitalization of a Buchanan County resident

September 11 – Last day Buchanan County reported zero new cases in 2020; the county reported at least one new case each day for the rest of the year

At the end of March the City of Independence announced the 2021 Highway 150 construction project schedule and local detours. The 2021 portion of the two-year project extends from the railroad tracks at 11th Street NE to 1st Street E. The city stated Iowa DOT detour signage will be put in place on Sunday, March 28. The project closed Highway 150 and access to local streets in phases. The first phase, started Monday, April 5, impacted three blocks on the north end of Highway 150 (5th Avenue NE). Second and Third Avenues Northeast took the brunt of the increased traffic until locals found alternative routes.

The Malek Theatre Foundation “Lit Up The Marquees” for Hazleton resident Ralph Kephart for his 100th birthday. The Malek used their renovated sign as a fundraiser throughout the year, however, for any Buchanan County resident celebrating their 100th birthday the service is free of charge. Visit the Malek Theatre Facebook page for more information.

Tragedy struck in the late hours of Friday, April 9. Iowa State Patrol (ISP) troopers were called for assistance in Grundy Center after a man assaulted a local officer, fled, and barricaded himself in his home. Sgt. Smith and other ISP troopers arrived just before 9 p.m. Law enforcement officials set up a perimeter and announced their intent to enter. As the officers were clearing the upstairs of the residence, Sgt. Smith was shot. He was transported a few blocks to Grundy County Memorial Hospital, where he was pronounced dead from a single gunshot wound.

A visitation was held Thursday, April 15, where the family greeted hundreds of mourners. A funeral service was held Friday, April 16, at the Independence Junior/Senior High School

gymnasium. The gym was packed with friends, law enforcement and first responder representatives from all over county, state, and country. The event was live streamed.

After the final prayer, a recording of the final radio call to Smith was played:

“Sgt. Smith, your brothers and sisters in law enforcement will forever watch over your family. May you rest in eternal peace.”

Afterwards the funeral procession traversed through flag lined streets of Independence, by the family home, and eventually to his gravesite.

Carson Lienau, Jesup, won both the discus and the shot put State Title in May.

Governor Kim Reynolds visited Independence June 9 to learn about how downtown revitalization grants were going to be used. After touring the ‘Leytze’ building, now owned and being renovated upstairs by Dominic Sparrgrove, she met with local officials at the Allerton Brewery where the community leaders brought other topics to her attention.