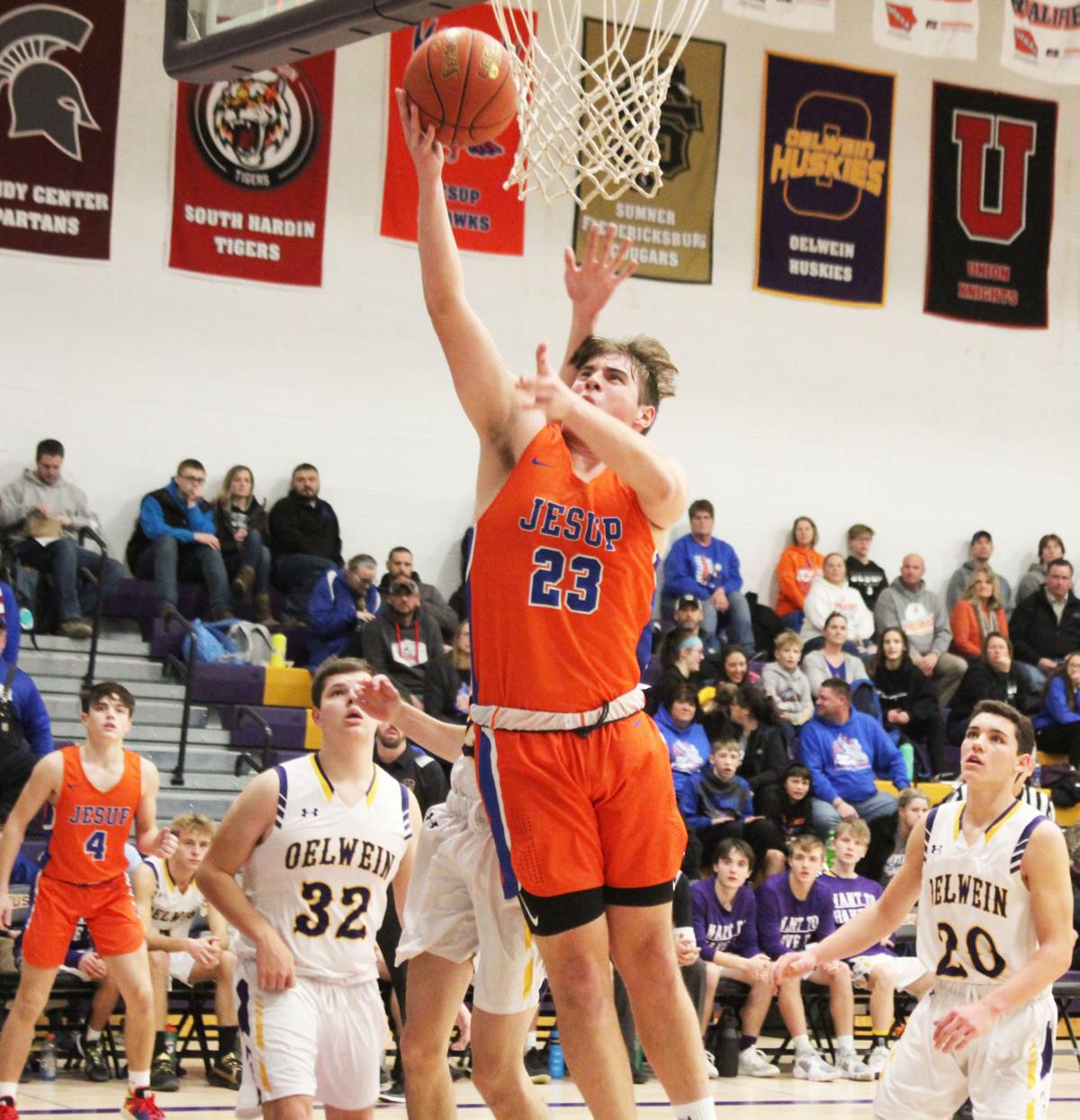 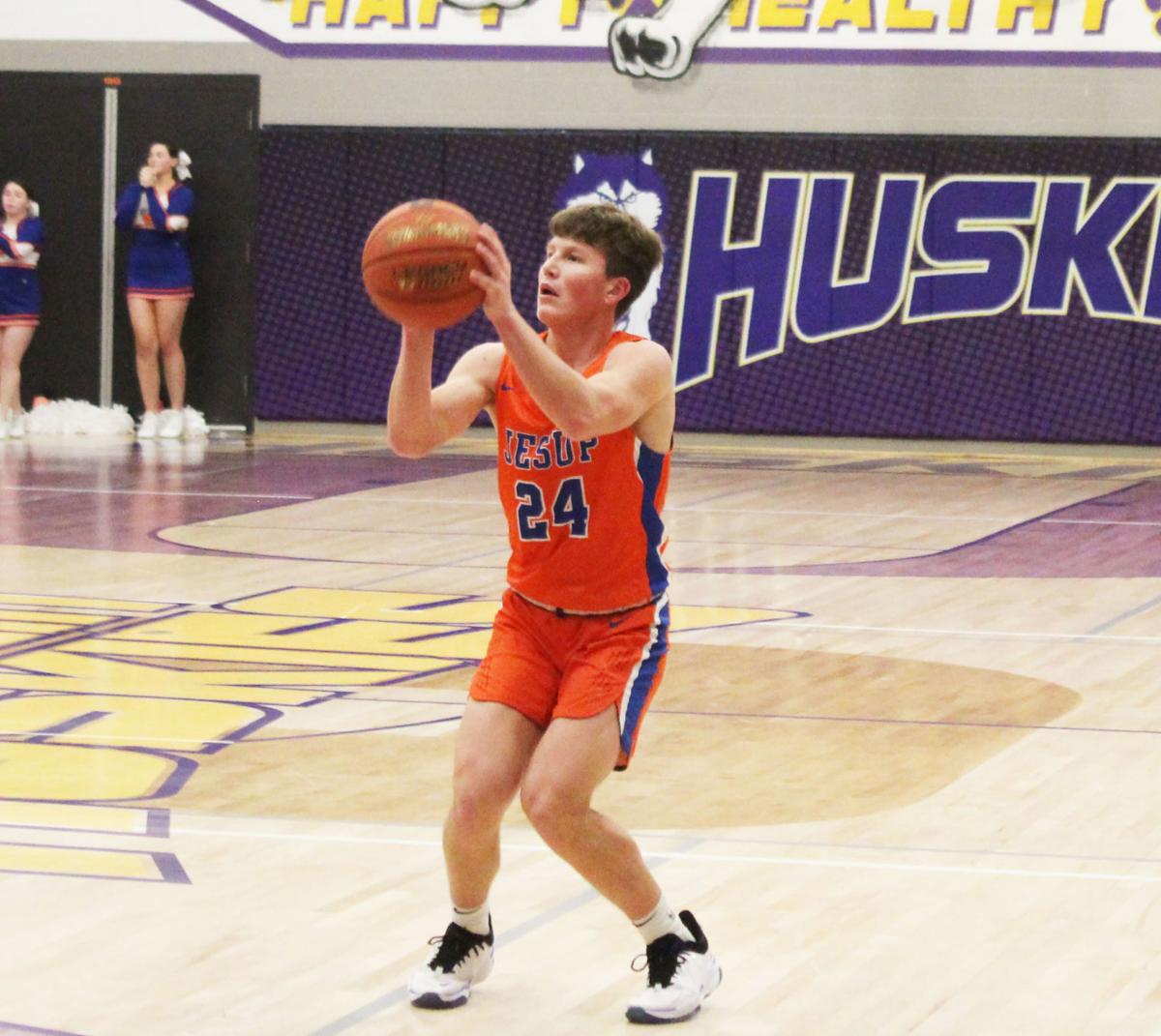 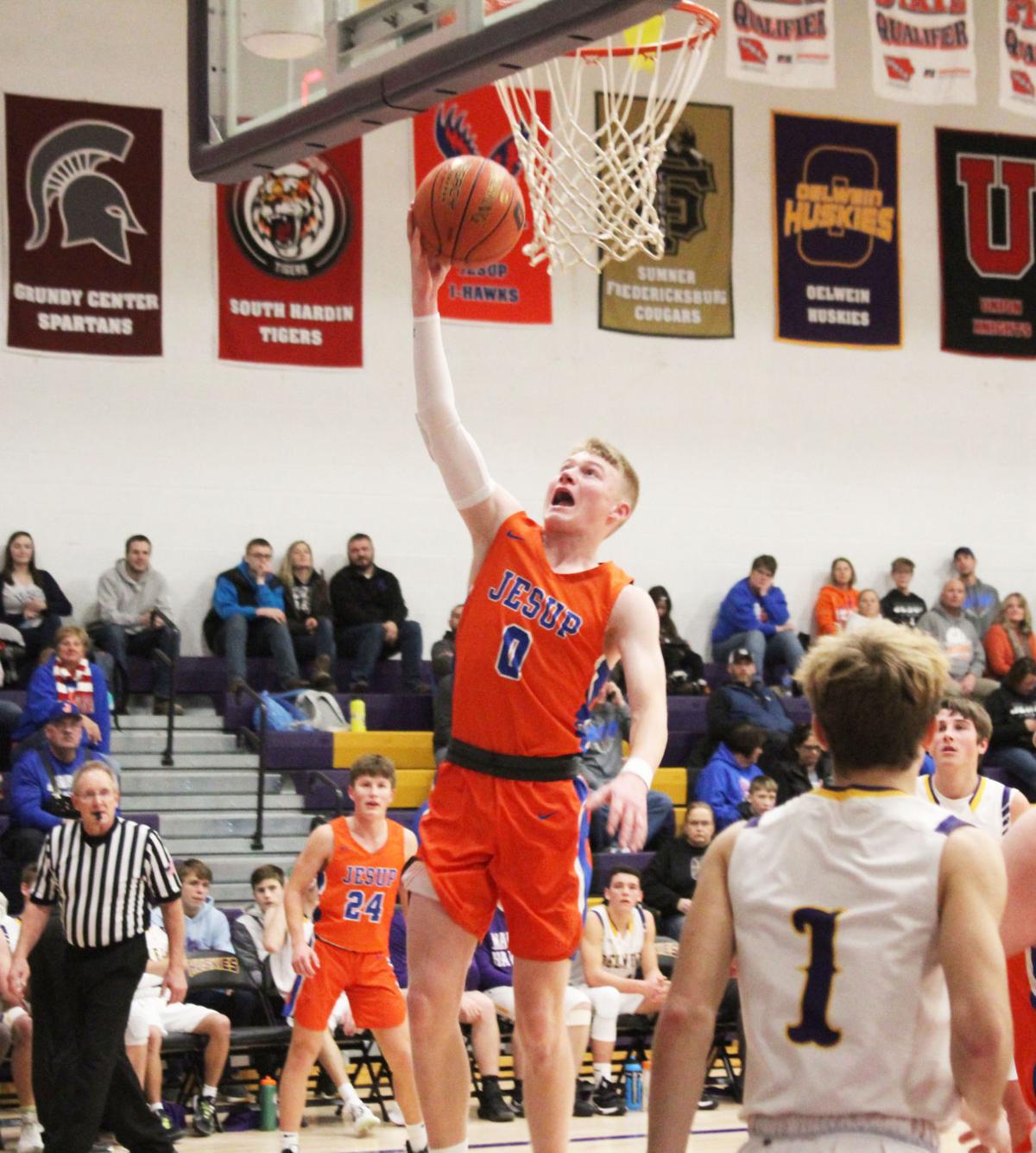 OELWEIN – Jesup boys basketball got back in the winner’s column on Friday night when they traveled to Oelwein to face the Huskies (1-9).

The J-Hawks used tenacious defense, creating 18 steals en route to a 75-35 win. One of those steals came from senior standout Carson Lienau, who took it the length of the court for a break-away dunk. According to some sources, this was the first dunk by a Jesup player in a game since the early 2000’s.

Senior Corbin Fuelling hit five 3-pointers and tallied a game high 23 points as the J-Hawks move to 4-5 on the season.

“We liked the defensive intensity we came out with which led to transition offense for us,” said Head Coach Joe Smeins.

Coach Smeins also acknowledged the play of Brady Reyes who gave the J-Hawks good play off the bench with 7 points. “It was also good to get some of our bench into the game,” added Smeins.

The J-Hawks were home on Tuesday night, hosting the Hudson Pirates (2-8). Stats were not readily available come press time. The boys are back home on Friday night against Wapsie Valley (7-3).

Snow this evening will transition to snow showers late. Low 4F. Winds NNE at 10 to 20 mph. Chance of snow 90%. About one inch of snow expected.

Snow this evening will transition to snow showers late. Low 4F. Winds NNE at 10 to 20 mph. Chance of snow 90%. About one inch of snow expected.

A mix of clouds and sun early, then becoming cloudy later in the day. High near 10F. N winds shifting to WSW at 10 to 20 mph.