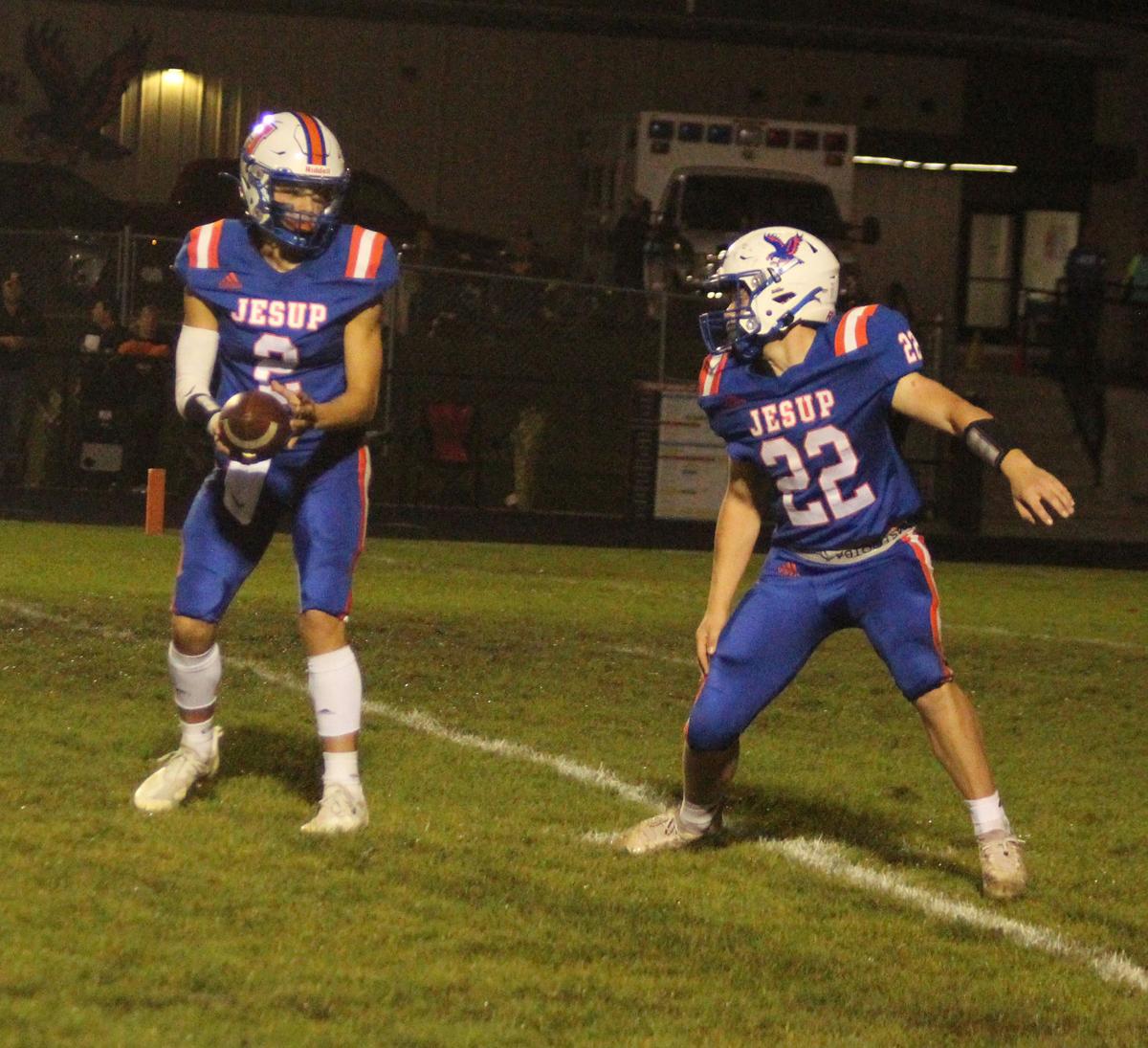 Parker McHone (2) hands the ball off to Wyatt Vander Werff during their game against Waukon on Friday, October 8. 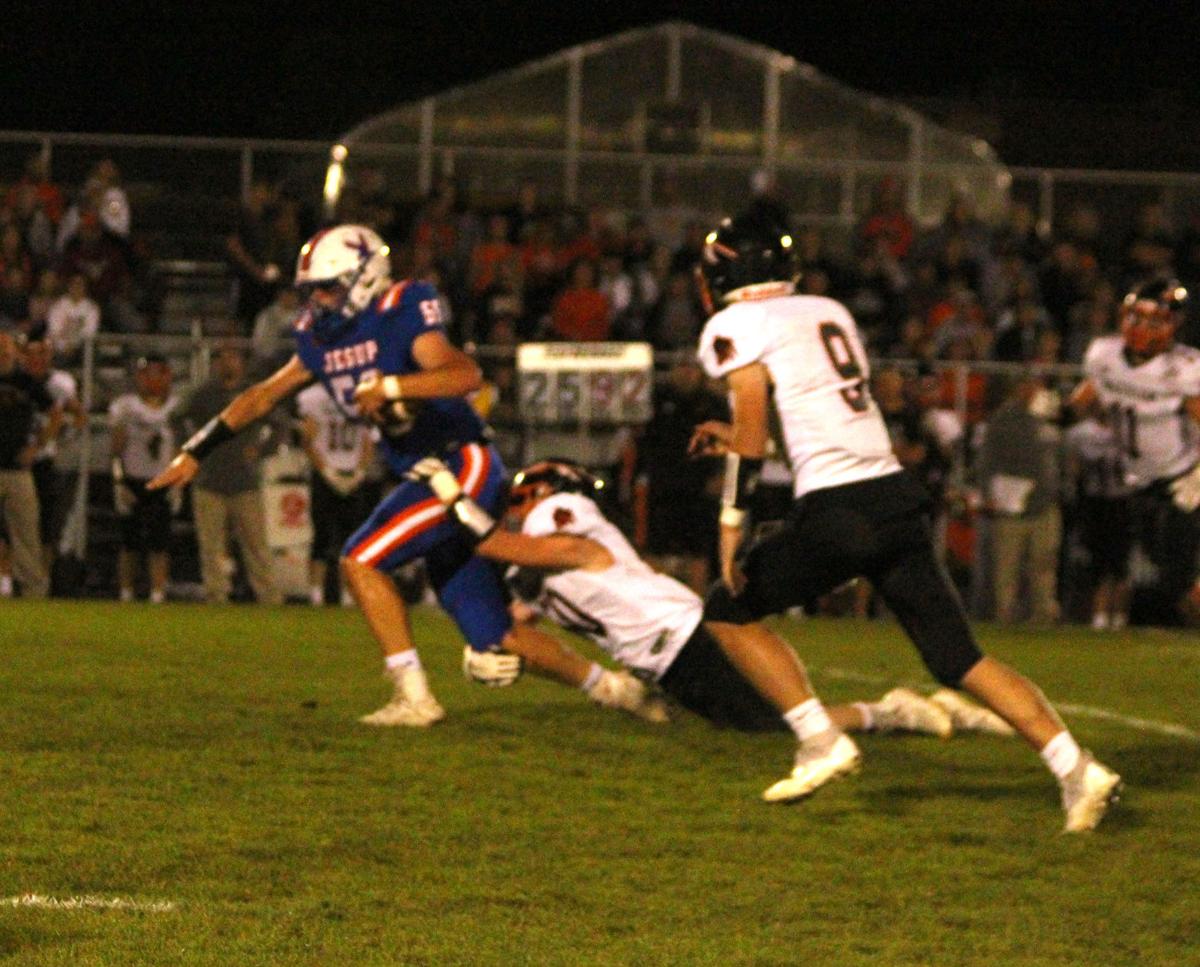 Senior Carson Lienau with an interception on a screen pass in the first quarter of a game against Waukon.

Parker McHone (2) hands the ball off to Wyatt Vander Werff during their game against Waukon on Friday, October 8.

Senior Carson Lienau with an interception on a screen pass in the first quarter of a game against Waukon.

JESUP – On Friday night, the Jesup J-Hawks had the defending state champions on the ropes but just couldn’t put them away. The Waukon Indians are sitting at No. 2 in Class 2A, and on paper this shouldn’t have been a game. But no one told the J-Hawks, as they would show up and give the Indians all they could handle – and more.

Jesup was the more dominant team on this night. Waukon struggled to move the ball against a stiff and physical J-Hawk defense. With 5 minutes left in the third quarter, the J-Hawks led by the score of 14-12.

That’s when it made a turn for the worse, when Jesup would throw interceptions that were returned for touchdowns on back-to-back possessions. A 14-12 lead turned into a 14-26 deficit just like that.

The boys didn’t give up, and that J-Hawk defense was terrific all night, getting three interceptions of their own and recovering one Waukon fumble.

But the upset of the year wasn’t to be as the Waukon Indians would hang on to win 26-14.

Senior quarterback, Parker McHone was outstanding all night, leading this J-Hawk offense. McHone threw for 148 yards and a touchdown, and ran for 43 more yards on 21 carries.

Sophomore Wyatt Vander Werff had a nice night, rushing for 93 yards on 17 carries and scored a touchdown.

Senior Brody Clark-Hurlbert led the J-Hawks with 81 yards on 5 catches, while junior Brevin Dahl added 53 yards on 6 catches and a score. Senior Corbin Fuelling had 2 catches for 17 yards, and Vander Werff had 2 catches for -3 yards.

This was a game of “what could have been.” The late Dennis Green said it best, “They were who we thought they were…and we let them off the hook.”

Jesup let this get away, but they played outstanding and should be very proud of themselves. No one gave them a chance. No one except those guys in that locker room. Keep your heads held high. You boys made your J-Hawk faithful proud.

Jesup drops to 2-5 on the season, and will be back at home on Friday night to host the Wahlert Catholic Golden Eagles (2-5).

Periods of rain. Becoming windy in the afternoon. High 49F. Winds ENE at 20 to 30 mph. Chance of rain 90%. Rainfall around a half an inch.