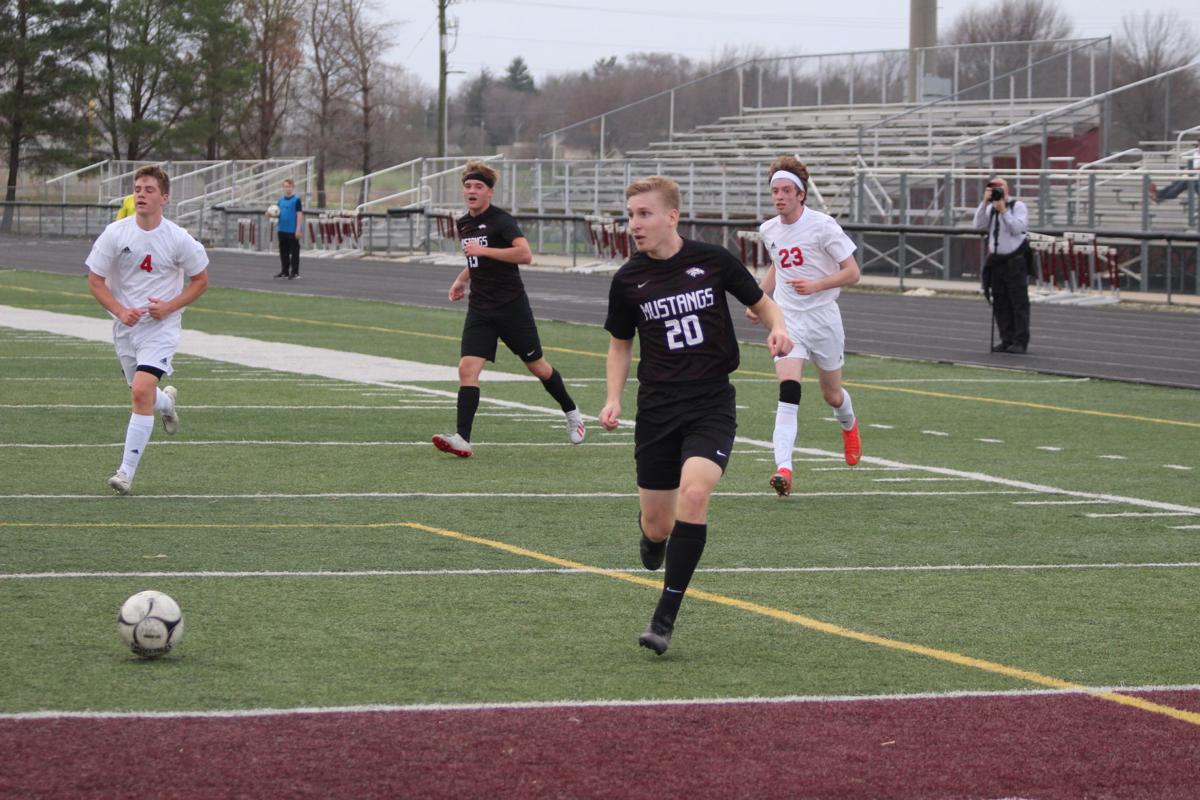 Senior Jace O’Brien (20) looks to attack in the game against Maquoketa on April 6. Indee would win this one. 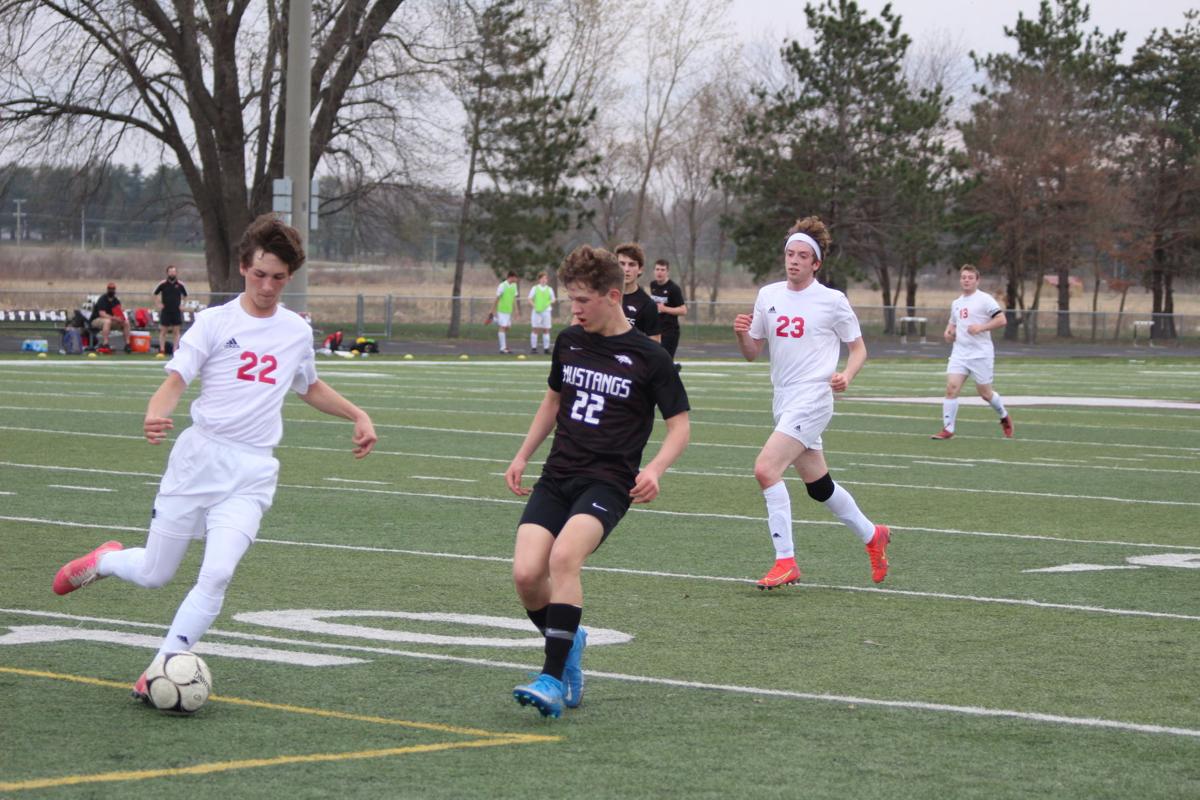 Sophomore Ryan Durham looks to steal the ball away from a Maquoketa player.

Senior Jace O’Brien (20) looks to attack in the game against Maquoketa on April 6. Indee would win this one.

Sophomore Ryan Durham looks to steal the ball away from a Maquoketa player.

INDEPENDENCE — The Independence boys Soccer team hosted Maquoketa on Tuesday in the season opener. This game was all Mustangs as the Mustangs were the aggressors and dominated this game from start to finish. Final score, 5-1

“I really like how we started the game,” said Head Coach Nate Whited, “the passing was crisp, we shifted the ball back and forth really well and we could have easily scored more goals than we did in the first half. The opportunities were there, we just didn’t convert.”

Coach Whited said that the next two scores from Casey Alferink and Justin Wood were just what they needed. “Casey’s goal was pin-point perfect,” added Whited, “and Justin’s shot was really well taken too. We were happy with a 4-goal lead at half.”

The second half was a bit sloppy, according to Coach Whited. “In the second half we got a little sloppy as our legs started to wear down,” said Coach Whited, “The passing wasn’t as good as when we started, and you can see the guys were tired. That’s Kind of expected at the start of the season, but we also did it to ourselves a bit. We have to learn to be more patient on our possessions. We can’t make every possession into a run-and-gun attack.”

Maquoketa scored a mop up goal in the second half. The Mustangs had a sophomore goalkeeper who was also making his debut and Coach Whited acknowledged that he was solid between the pipes, but it was too bad he gets charged for giving up a goal, because it was really kind of a fluke.

The Mustangs traveled to Vinton on Friday to play the Vikings who are ranked #7 in 2A, and then Monday will travel to Decorah who are also 2A state ranked.