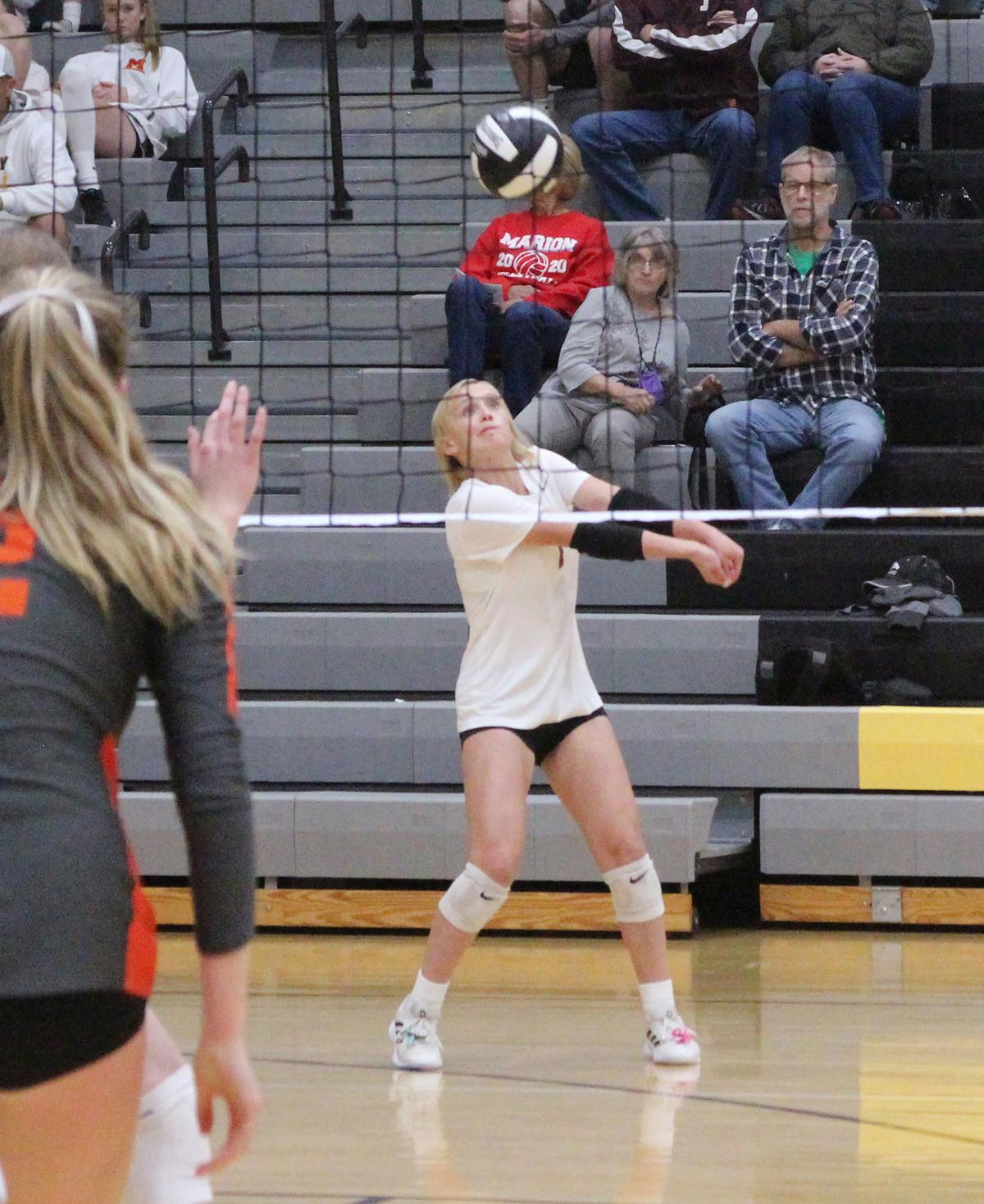 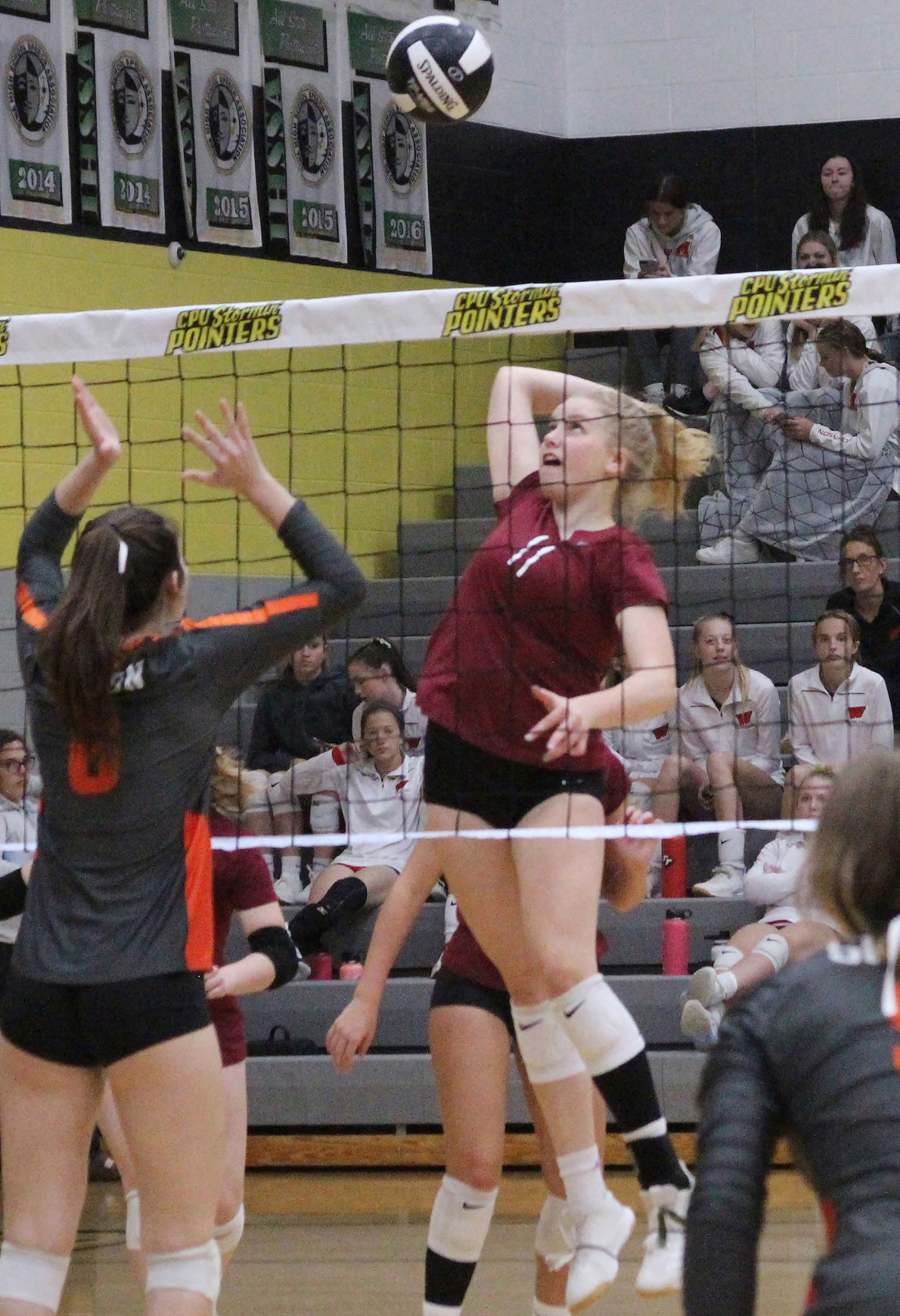 Junior Madyson Ristvedt with the kill against Solon in the opening match of the WaMaC super meet.

Junior Madyson Ristvedt with the kill against Solon in the opening match of the WaMaC super meet.

The Mustangs pulled out a narrow win over an upset-minded Solon in the first match of the night. The Mustangs won going away in the first set, 21-12. Solon fought back to win the second set, 21-18, but the Mustangs prevailed in the deciding set by a score of 15-12.

Three Mustangs shared the hitting lead in the match, as Lexi Hearn, Katie Henkes, and Madyson Ristvedt each collected 8 kills. Elle Greiner had 28 assists, and Shanna Kleve served 12/12 with an ace. Dakota Whitman collected 21 digs in the match, and reached a personal milestone by recording her 500th career dig.

In the second match of the night, the Mustangs took control against Center Point-Urbana, winning in straight sets, 21-14 and 21-13. The match was a preview to the October 18 first-round regional contest when CPU will travel to Independence.

On this night, Lexi Hearn led the offense with 8 kills, and Allison Kleve and Madyson Ristvedt each had 4. Elle Greiner tallied 18 assists. Katie Henkes served 13/13 with an ace, and also led the defense with 12 digs.

In the final match of the night, the 14th-ranked (Class 3A) Mustangs faced ninth-ranked (Class 2A) Dyersville Beckman, who entered the contest with a 28-10 record. The Mustangs, on an 8-match winning streak, came in with a 27-9 record.

The Mustangs came out fired up and surprised Beckman with a 21-17 win in the first set. Beckman rallied to win a tight second set by the score of 21-18. In the deciding third set, Beckman raced out to a big 6-1 lead that the Mustangs could not recover from. Beckman won by the final score of 15-7.

Sophomore Allison Kleve looked dominating at times and led the Mustang offense with 8 kills. Katie Henkes was right behind with 7. Elle Greiner would dished out 24 assists. Henkes also led the Mustangs in serving by going 10/10 with an ace. Dakota Whitman led the defense with 14 digs.

“The girls played very hard tonight. The Beckman match was really fun to watch. Beckman played incredible volleyball down the stretch. I was proud of the way we kept fighting. We had some kids that were pretty sore from a very full day of volleyball on Saturday, but they kept fighting until the last point,” said Head Coach Joe Schmitz.