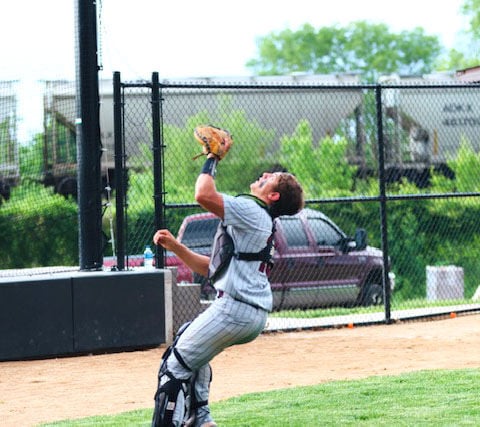 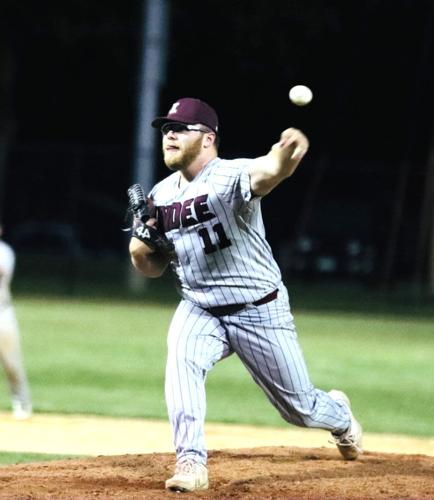 Senior Jake Sidles delivers during a game against Mount Vernon. 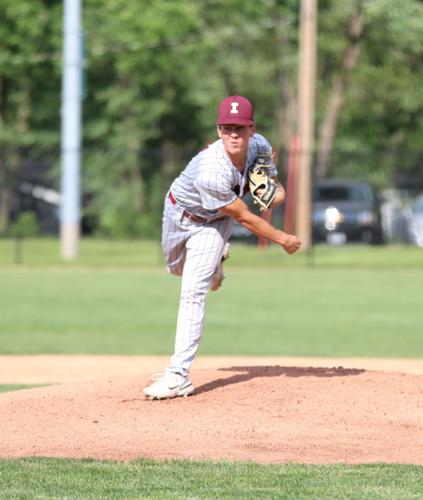 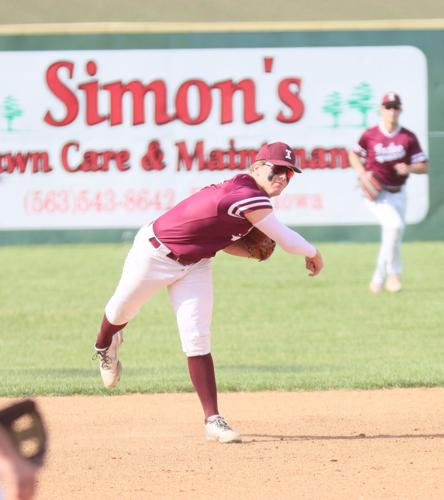 Senior Jake Sidles delivers during a game against Mount Vernon.

MOUNT VERNON – Tuesday, May 31, 2022: The Class 3A, No. 8-ranked Independence Mustangs baseball team stays hot early in the season with a double-header sweep of Mount Vernon on Tuesday night.

The Mustangs had 5 stolen bases as a team with sophomore Trey Weber stealing 2 bases and senior Marcus Beatty, junior Mitch Johnson, and sophomore Luke Johnson stealing one each.

Trey Weber went 2 for 4 and knocked in one runner. Marcus Beatty went 1 for 3 with a walk, Mitch Johnson was 1 for 4 with a run scored and an RBI, Senior Dalton Hoover added a hit in 3 at-bats, scoring a run.

In game 2, the Mustangs jumped all over Mount Vernon pitching, scoring 4 in the first inning and adding 6 more in the second in an impressive 14-1 win. Strong outing for starting pitcher Korver Hupke, who went 4 solid innings, giving up just 2 hits and 1 run. Hupke struck out 7 and walked only 1 batter.

Senior Jake Sidles came on in relief in the 5th inning, giving up just one hit and striking out 3 batters.

The Mustangs tallied 12 hits and senior Keegan Schmitt went 3 for 3, knocking in one run. Senior Marcus Beatty had 2 hits, including a triple. Senior Dalton Hoover also had 2 hits – with a double. Sophomore Luke Johnson went 2 for 2 for the Mustangs, and Keegan Palmer went 1 for 4 with 3 RBI. Mitch Johnson was 1 for 3 with 2 runs scored and 2 RBI.

Marcus Beatty, Teegan McEnany, and Keegan Palmer, each had a stolen base.

EPWORTH – Wednesday, June 2, 2022: The Mustangs traveled down highway 20 east to Class 3A, No. 7-ranked Western Dubuque on Wednesday night and were not greeted very friendly, as the Bobcats would sweep the Mustangs 10-0 and 6-2.

Playing in 4 games in two nights, the Mustangs have to set their sights on some big WaMaC games coming up in the next few days – with that said, they still had to play these games. Of course they still want to win, but there are bigger fish to fry coming up in WaMaC play.

Game 2 was more competitive, and this was a 4-2 game going into the bottom of the sixth – but 2 more runs by the Bobcats sealed the deal on the Mustangs, winning 6-2.

The Mustangs had plenty of base runners, cracking out 5 hits and walking 4 times. They were also hit-by-pitch 3 times – but could only plate 2 runs.

Keegan Schmitt had 2 hits on the game and knocked in a run and stole a base, while Korver Hupke had the other RBI. Marcus Beatty went 2 for 3, stealing a base and walked once. Luke Johnson added a hit in 3 at-bats.

Eighth grader Bryce Christian got his first ever varsity start on Wednesday and went 4.1 respectable innings, scattering 7 hits and giving up 4 earned runs. Good first outing for the young man as he only walked one batter.

INDEPENDENCE – Thursday, June 2, 2022: It doesn’t get any easier for the busy Mustangs, playing in their 5th and 6th game in 3 days.

Class 3A, No. 6-ranked Clear Creek-Amana were in town on Thursday for a WaMaC Conference double-header and the two ranked teams would split.

Clear Creek-Amana would score 2 in the top half of the seventh to win game one. Junior Mitch Johnson hit his first homer of the season and went 2 for 3 (also hit a double).

Sophomore Luke Johnson was 1 for 4 and scored a run, while senior Teegan McEnany had a single in 4 at-bats. Junior Korver Hupke had a single and a double and knocked in a run. Junior Keegan Palmer went 1 for 3 and sophomore Trey Weber had 2 singles in 3 at-bats.

In game 2, the Mustangs got their revenge, scoring a go-ahead run in the bottom of the sixth and held on for a 4-3 win.

Senior backstop, Keegan Schmitt homered and drove in 2 runs and Marcus Beatty went 2 for 2 with a triple, scoring 2 runs. Teegan McEnany had the other RBI.

The Mustangs are now 8-4 on the season and hosted Ballard (2-6) on Friday night. Look for this game in Wednesday’s paper.

On Monday night, the No. 4-ranked Marion Wolves will host the Mustangs at Mount Mercy University.

This story contains original reporting by the Bulletin Journal staff. If you are not a subscriber, please consider becoming one because local journalism is only possible with your support. A subscription to Bulletin Journal plays a vital role in making this reporting possible. Thank you for your support and helping us continue to connect our community.

Scattered thunderstorms early, then becoming mostly clear after midnight. Low around 60F. Winds S at 10 to 20 mph. Chance of rain 40%.