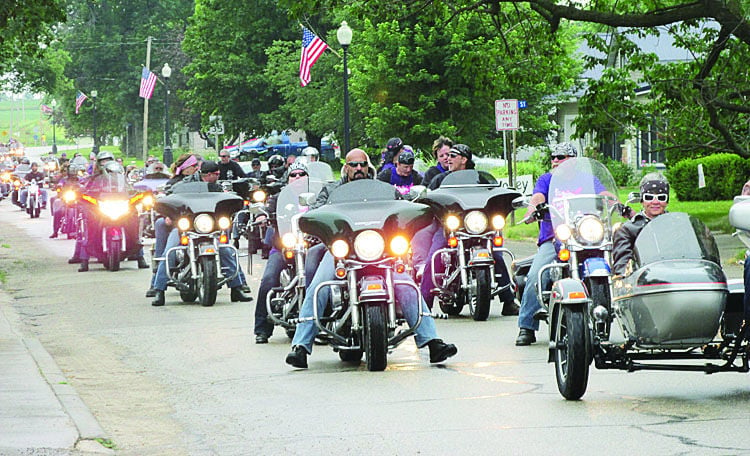 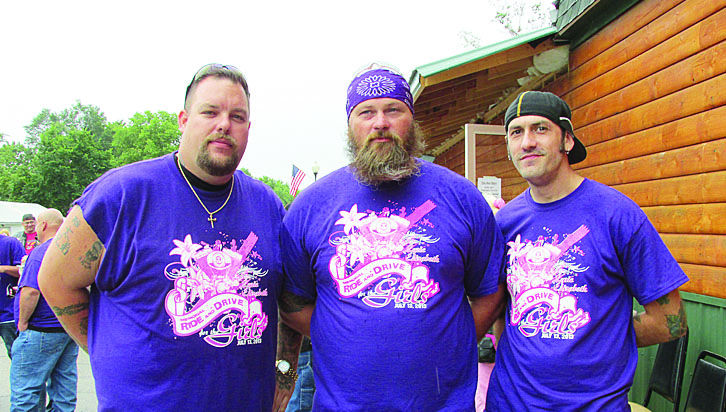 EVANSDALE/QUASQUETON - On Friday, July 13, 2012, Evansdale cousins Elizabeth Collins, 9, and Lyric Cook-Morrissey, 11, disappeared while riding their bikes in Evansdale. After months of searching, the bodies of the two little girls were found by hunters on Dec. 10, 2012, in a wooded area near the Seven Bridges Wildlife Area in Bremer County.

Exactly one year later, on the anniversary of their disappearance (Saturday, July 13, 2013) approximately 260 motorcyclists and 25 car enthusiasts remembered the little girls as they participated in the “ Memorial Ride and Drive for the Girls.”

Registration began at 8 a.m. and the actual kick- off for the ride began at 11 a.m. It began and ended at Lofty’s Lounge at 3480 Lafayette Road in Evansdale. The 125-mile route took participants through Independence, Quasqueton, Vinton, Dysart and back to Evansdale. Proceeds will be going to the Cedar Valley Crimestoppers and Angels Memorial Park in Evansdale.

“Bikers often get a bad reputation, but they really do have the softest hearts,” said organizer Chris Webb during the group’s stop in Quasqueton. “Bikers love to ride, but they are also eager to help with a good cause. The disappearance and subsequent death of the two little girls has touched a lot of people’s hearts. We’re wearing purple today for the pursuit of justice. Purple is symbolically the color of justice.”

Webb also happens to be the main contractor of the Angels Memorial Park project, being built to both honor and remember the two girls.

According to Webb, after the ride, participants would be returning to Lofty’s for live music, food, and prizes. A free meal was provided for everyone who helped find the girls, and a raffle drawing was also held.