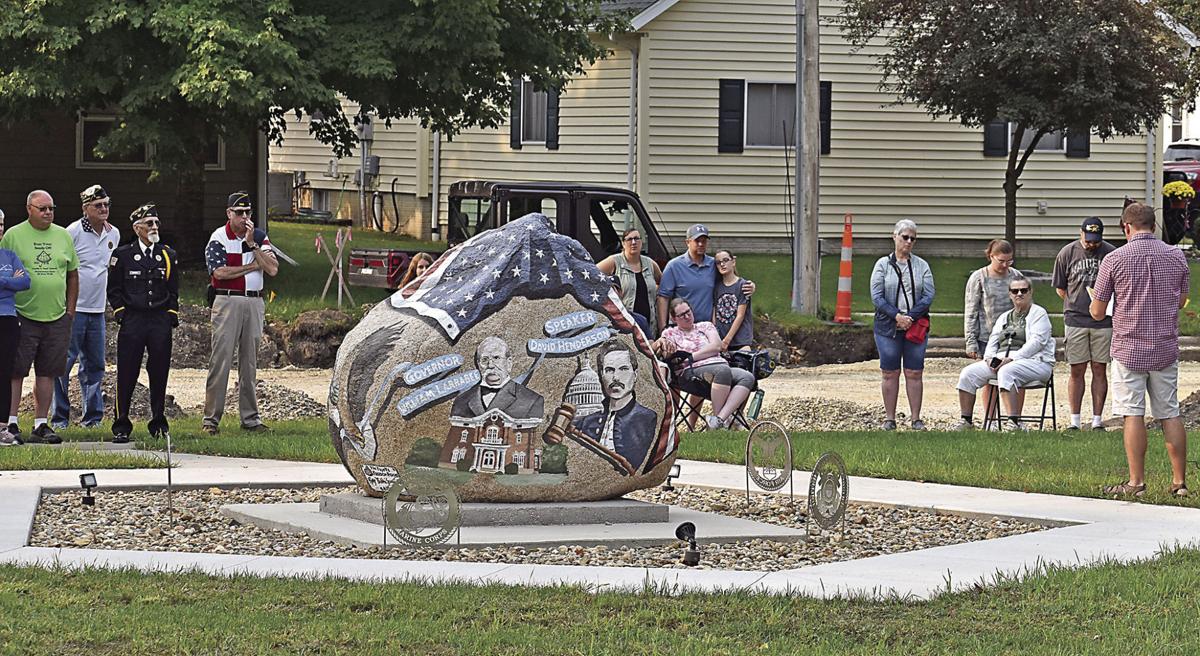 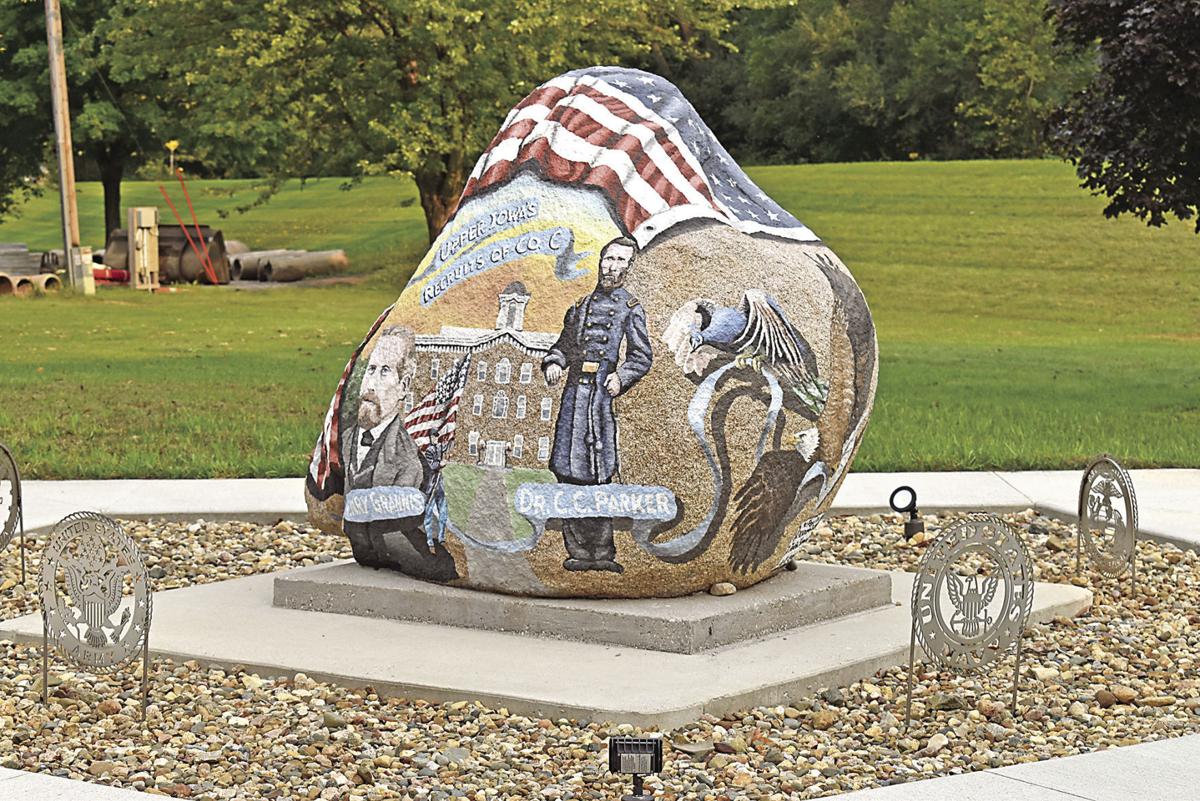 FAYETTE — A cool September morning greeted the 40 or so participants who gathered on Saturday, Sept. 11, to dedicate the Freedom Rock located in the Fayette city park.

The artist responsible for the rock paintings, Ray “Bubba” Sorensen II from Greenfield, is presently serving a first term in the Iowa House of Delegates. Sorensen has created similar rock memorials for almost all of Iowa’s 99 counties.

The memorial in Fayette depicts residents of Fayette County or northeast Iowa who gained prominence from their service in the Civil War or to the state of Iowa. Upper Iowa University was a common thread for three of them.

Henderson was a Civil War veteran who later went on to serve Iowa in the U.S. House of Representatives from 1883 to 1903. During the last four years he served as the House Speaker. He laid claim to several distinctions as House Speaker. To date he has been the only one from Iowa, was the only one from west of the Mississippi, and was the last Civil War veteran to serve in that position.

Grannis served in the 12th Iowa Volunteer Infantry Regiment as its Sergeant Color-Bearer for the entire duration of the war. He was the only Color-Bearer that was not injured or wounded. Grannis participate in 27 battles and skirmishes during the conflict. The flag that he carried in the Battle of Shiloh was crafted by women from Upper Iowa University.

Parker served briefly as a surgeon in the Union forces. He helped tend and care for the wounded at the Battle of Shiloh in April 1862. He returned to Iowa after being discharged from the Union Army due to an illness. Upon his recovery he went on to teach classes in natural science at Upper Iowa.

Larrabee tried to enlist in the Union Army at the outbreak of the war but was rejected due to a disability with one of his eyes. Nevertheless he supported recruiting efforts in Iowa during the war and went on to become the 13th Governor of Iowa from 1886 to 1890.

John and Sharon Orr were instrumental in pushing for the installation of the memorial in Fayette. Their efforts began about four years ago after John learned of the memorial rock project from an article on the internet.

The rock was unveiled last fall on Sept. 18. The formal dedication was scheduled to take place during this year’s Watermelon Days Festival in Fayette.