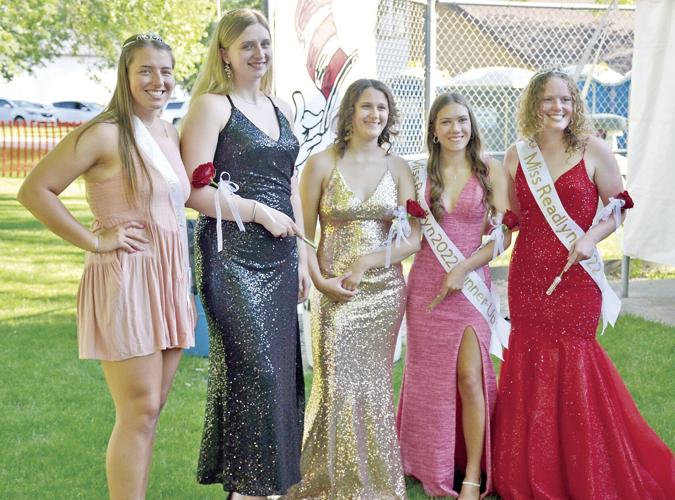 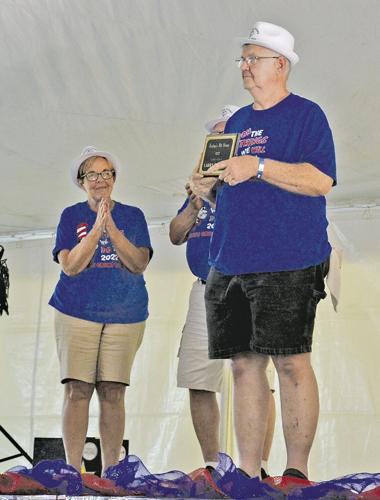 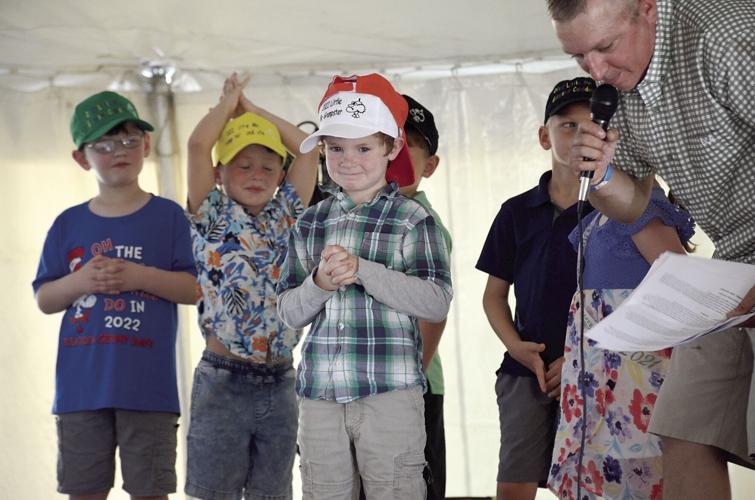 Eric Johnston, the current president of the Readlyn Community Club, announces that Corbin Novak, center, is the 2022 Mr. Little Grumpster. 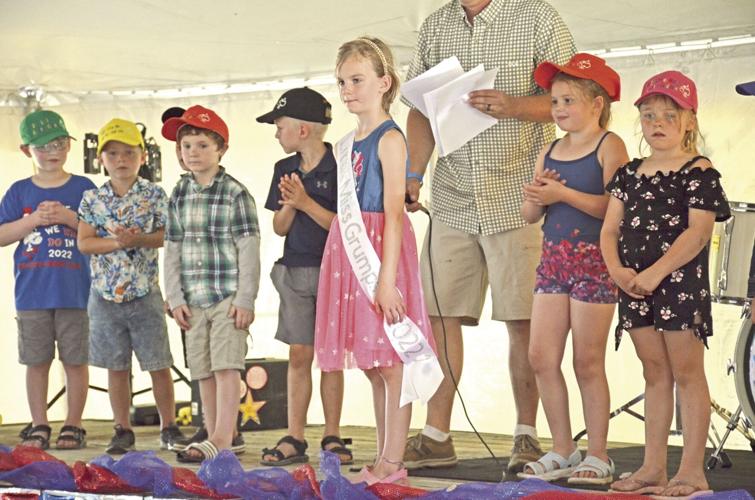 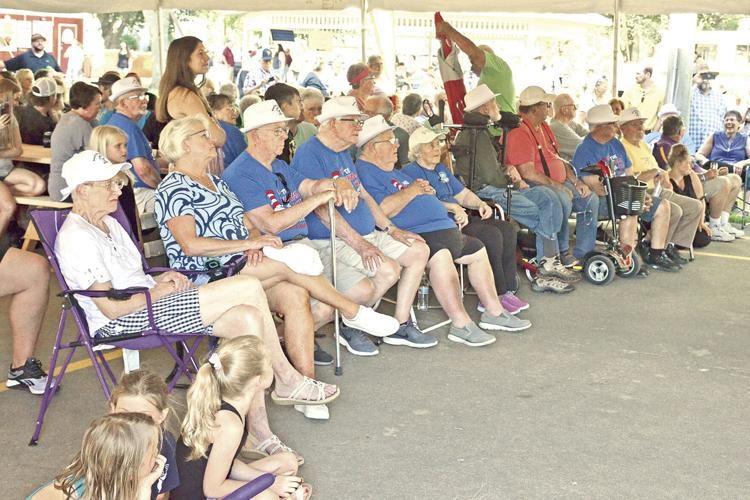 Past Grumps of Readlyn await the crowning of a new one.

Eric Johnston, the current president of the Readlyn Community Club, announces that Corbin Novak, center, is the 2022 Mr. Little Grumpster.

Past Grumps of Readlyn await the crowning of a new one.

The weekend of Grumps and festivities kicked off in Readlyn on Friday with a handful of activities and the crowning of this year’s Little Grumpsters, Miss Readlyn and the 2022 Grump.

The emcee for this year’s ceremony was Eric Johnston, the current president of the Readlyn Community Club.

Addressing the community from a stage at City Park, Johnston drew the names of the new Little Grumpsters with the aid of his wife, Aubrey Johnston. The winners were Addison Broten, the daughter of Scott and Hailey Broten, and Corbin Novak, the son of Jessica Novak. Nominees ranged in age from kindergartners to first-graders.

Other girls nominated were:

• Ameila Frank, the daughter of Jason and Krissy Frank;

• Eliana Hesse, the daughter of Kurt and Alicia Hesse;

• Hadley Powell, the daughter of Brian and Megan Powell and

Other boys nominated were:

• Wyatt Broten, the son of Scott and Hailey Broten;

• Oliver Schmit, the son of Travis and Mckenzie Schmit;

• Holden Schultz, the son of Bobby and Heidi Schultz and

Last year’s winners, Gentry Ott, the daughter of Chad and Lynn Ott and Ryker Burgart, the son of Rick and Meri Burgart, crowned the new winners.

The next big event was the coronation off Miss Readlyn. The 2021 winner, Lydia Imbrogno, crowned Sydney Matthias, the daughter of Aaron and Mischa Matthias.

Sydney Matthias has competed in five sports at Wapsie Valley High School and is a member of FFA and the National Catholic Youth Conference, president of Rainbow Clovers 4-H Club, and a three-year member of Student Ambassadors for the Class of 2023.

Becoming a large-animal veterinarian or embryologist are two ideas she is considering for future careers.

Then it was time to crown the iconic 2022 Grump.

After the 2021 Grumps spoke about their community involvement and what the position has meant to them through a year of benevolent involvement with the community. The 2022 candidates were introduced.

• Don Heineman, a 1959 graduate of Fairbank High School. He was raised on a farm east of Readlyn. Heineman is a current member of Zion Lutheran Church, where he has held several council positions in the past.

• Janet Ladage, a Tripoli graduate born and raised just north of Readlyn. Ladage is a current member of the Readlyn Community Club, and she is also a member of St. Matthew Martha Circle, a Lutheran Church in town, where she presently serves as president.

• Larry Pavelec, the third candidate, has lived almost his entire life in Bremer County. He attended Readlyn Elementary and graduated from Wapsie Valley. He met his wife, Vicki, at Wartburg College, and they were married on July 2, 1977. Pavelec was a founding member of Readlyn EMS first responders.

With the past Grumps votes collected and counted, the 2022 Readlyn Grump title was awarded to Larry Pavelec.

“When thinking about what Grumps should do, I decided they should promote the right things about this community. This is a very friendly community, tomorrow I will walk the parade and I want you all to wave to me and I’ll wave to you. We will all be a friendly community together.”

With the crownings done, live music took the state and citizens celebrated their community, as well as their new grumps, big or small.