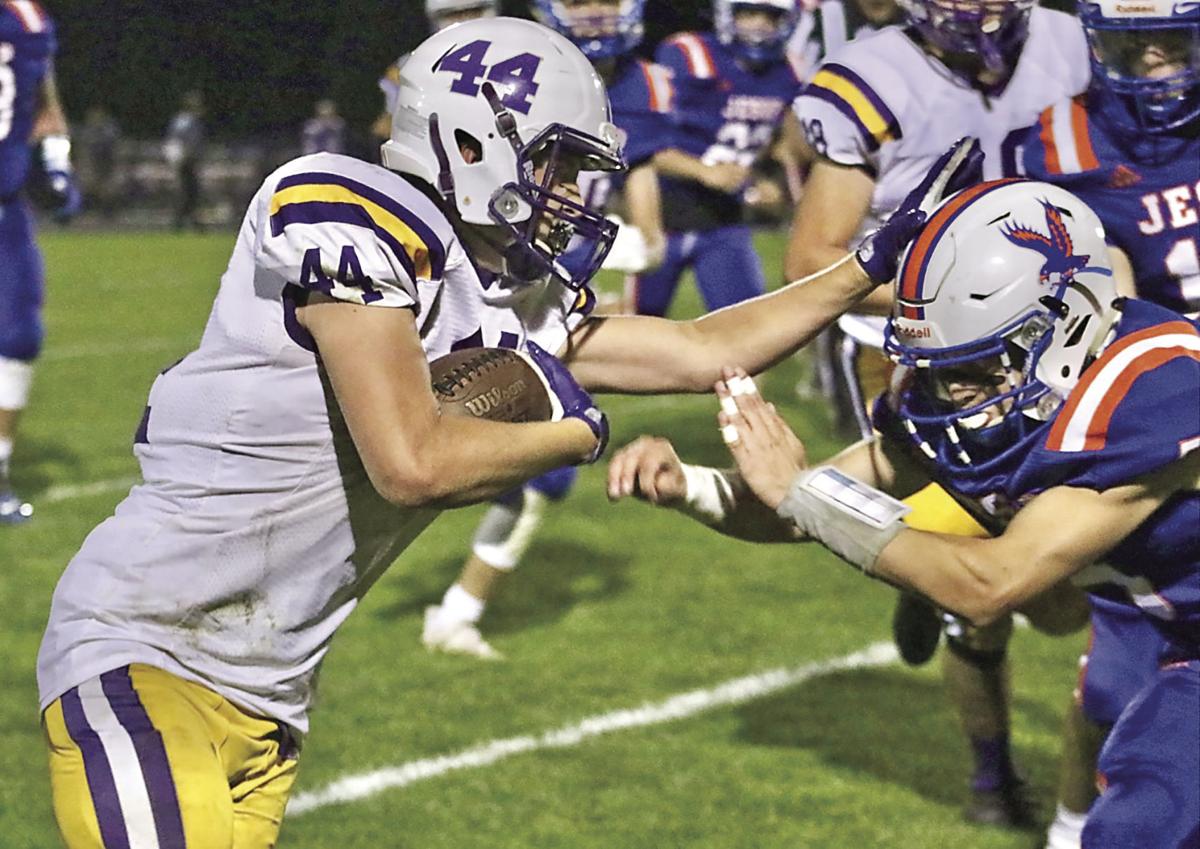 Oelwein fullback Josh Ladeburg tries to avoid a tackle Friday night in Jesup. He ran for 234 yards on 32 carries and scored four touchdowns. 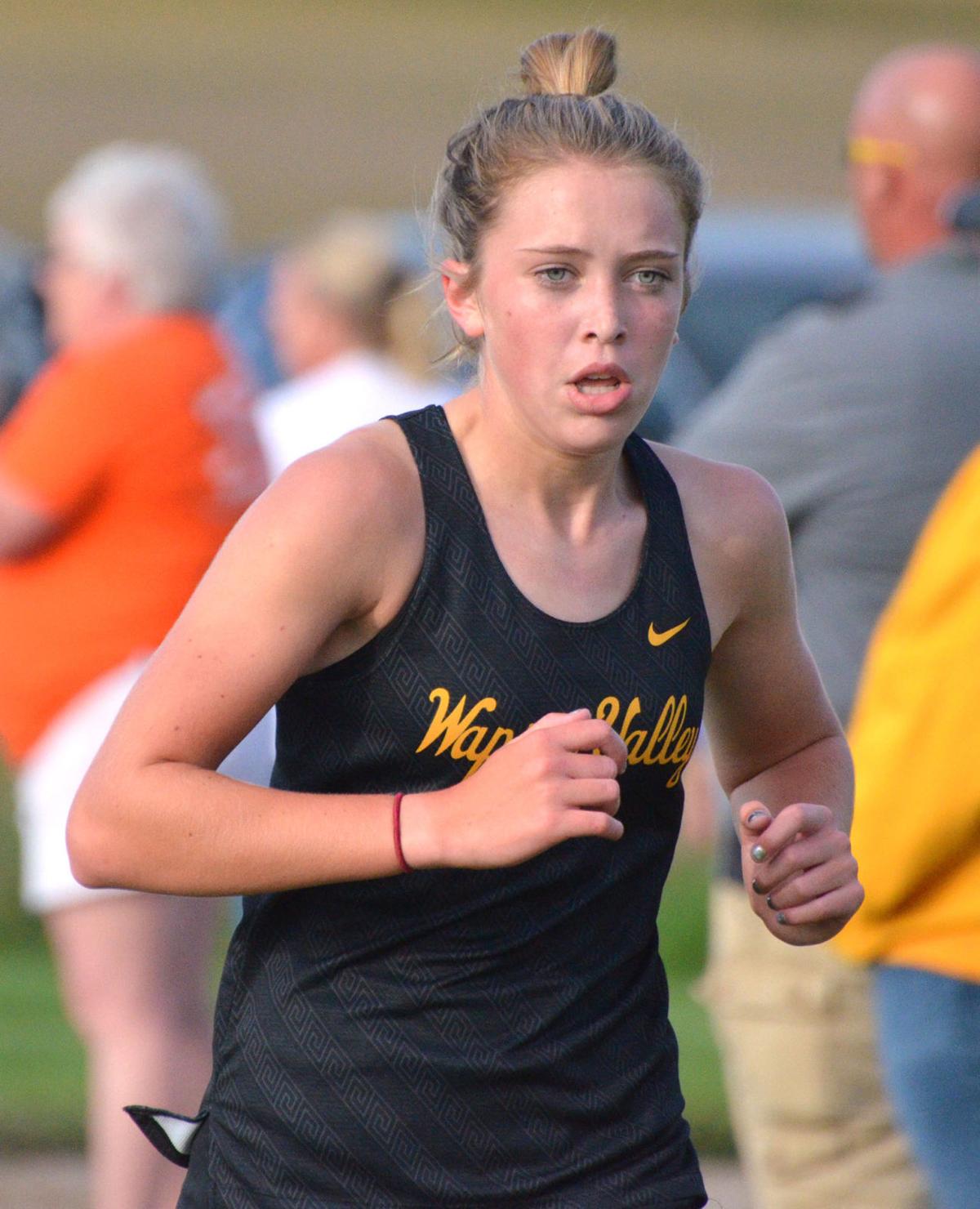 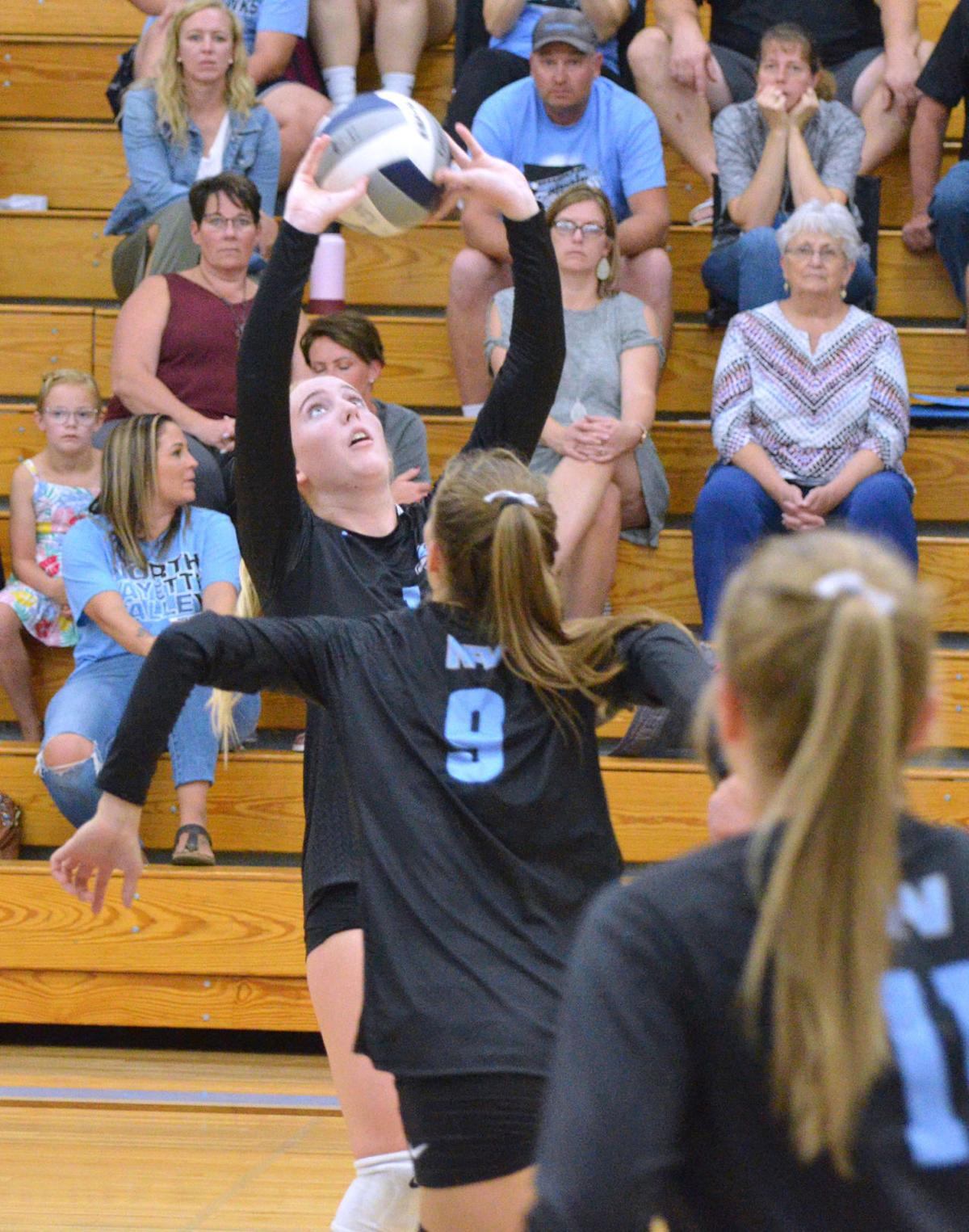 Oelwein fullback Josh Ladeburg tries to avoid a tackle Friday night in Jesup. He ran for 234 yards on 32 carries and scored four touchdowns.

It takes the effort of a whole team, sometimes a whole program, to be successful. Success can also be defined in many ways — a victory does not have to be a requisite. However, standout efforts do occur.

The Daily Register hopes to lend as much credence as possible to the work put in by area athletes.

Here are the selections for the current athletes of the week, based on a weekly Monday-Saturday schedule.

Oelwein’s boys: The Huskies placed second in the Class 2A/3A portion of the Starmont Invitational, seven behind Waukon.

Charlie Sieck, Starmont: The West Central junior placed fifth overall and fourth for 2A/3A running for the co-op team. He was edged by Brennan Sauser by 0.19 seconds.

Sumner-Fredericksburg girls: The Cougars tied Hudson for first in the Class 1A portion (56 points) of the Starmont Invitational and lost on a sixth-runner tiebreaker.

The Cougars placed 3-8-9-14-22 for their top five, with Hillary Trainor (20:53.08) at 12th overall and third in 1A. Saela Steege, Lily Mayo, Sophie Boemler and Lillian Sassmann rounded out the scoring.

Ava VanDaele, Wapsie Valley: The (21:09.3) was fourth in 1A and 13th overall at the Starmont Invitational.

Brandon Cushion, West Central: The junior ran for 299 yards, a 9.3-yard per carry average, and four touchdowns and scored on a hook-and-lateral in a 54-52 win against Clarksville. Cushion also ran for five 2-point conversions and made seven tackles.

Creighton Houge, WC: The junior caught two passes for 66 yards, a 33-yard per catch average, and two touchdowns in a 54-52 win against Clarksville. He also returned three kickoffs for 56 yards, two punts for 64 yards and made 2.5 tackles and an interception on defense.

Jaymison Howard, S-F: The sophomore recorded four tackles, with three solo, two fumble recoveries, an interception and a tackle for loss in a 75-0 win against Postville. He also ran for a 2-point conversion.

Carter Jeanes, Oelwein: The junior quarterback ran for 52, a 10.4-yard per carry average, and two touchdowns, passed for 46 yards and intercepted a pass in a 42-20 win at Jesup.

Hunter Kane, WV: The junior running back ran for 97 yards, a 9.8-yard per carry average, and two touchdowns in a 42-0 win against AGWSR, Kane also led the Warriors in total tackles with six.

Josh Ladeburg, Oelwein: The sophomore fullback ran for 234 yards, a 7.3-yard per carry average, and four touchdowns at Jesup. He also ran for a 2-point conversion and caught a 12-yard pass on offense and collected seven tackles, two fumble recoveries, a sack and tackle for loss on defense.

Dawson Schmit, WV: The junior accounted for 70 yards of offense, with a 24-yard rush touchdown, and returns three punts for 66 yards, a 22-yard per return average, against AGWSR. Schmit also intercepted two passes and snagged 2.5 tackles.

S-F rush attack: The Cougars ran for 34 yards on 34 carries, a 10-yard per carry average, and 11 touchdowns in a 75-0 win against Postville. Kade Mitchell ran for 186 yards and five touchdowns.

Lydia Imbrogno, WV: The senior outside hitter accounted for 50 kills, seven aces, five blocks and three assists as the Warriors (8-6) went 4-2 on the week.

Hannah Knight, WV: The junior outside hitter accounted for 22 kills, 11aces, four assists and a block.

Zaida Moore, NFV: The senior setter accounted for 68 assists, 11 kills, two aces, and 1.5 blocks in four of the TigerHawks’ seven games this week.