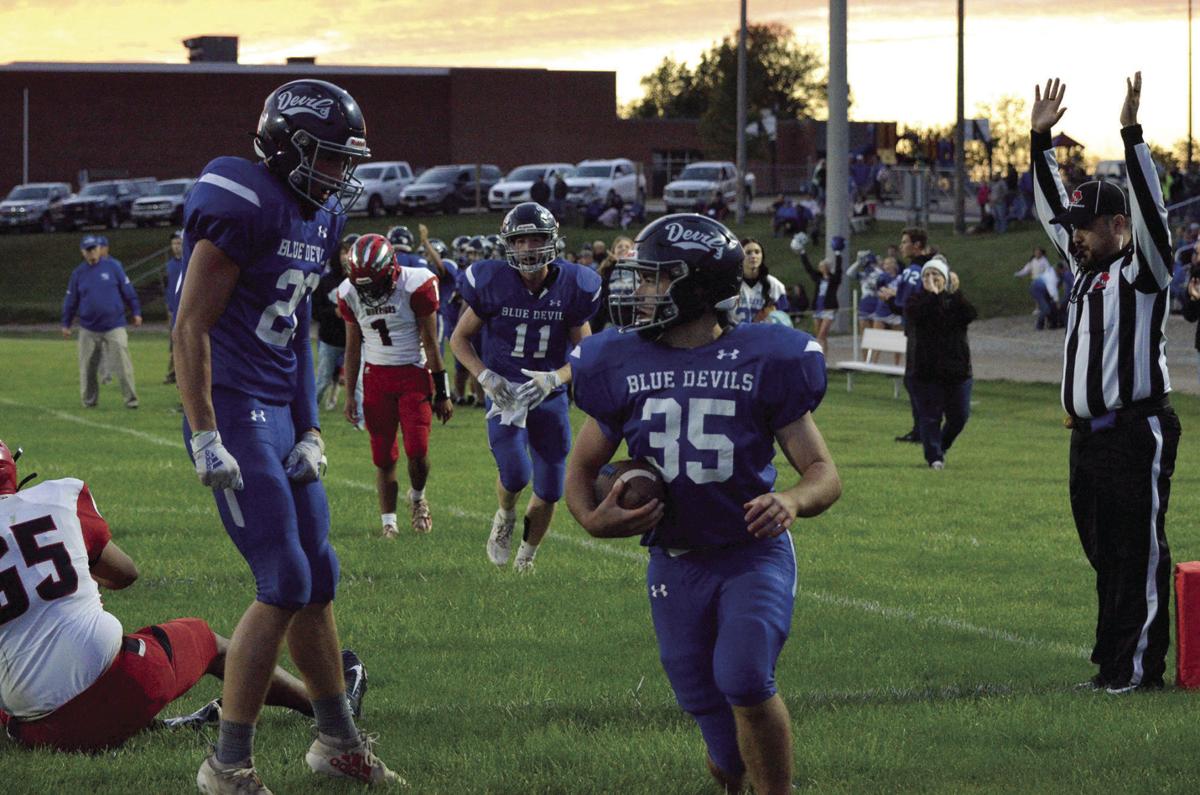 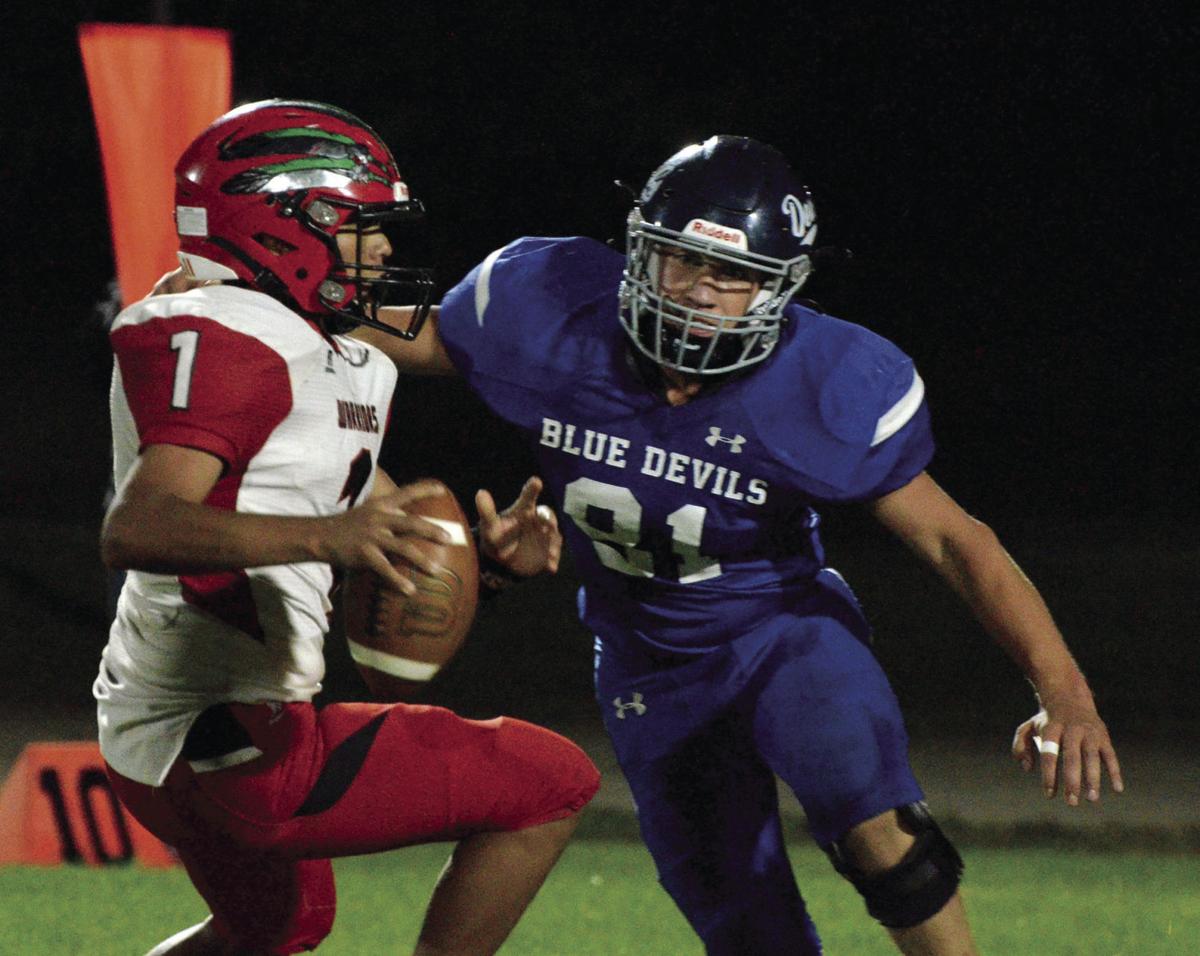 “I don’t know the last time we put 70 on that board,” the senior quarterback/linebacker said late in the fourth quarter of Friday night’s homecoming game.

Ethan Steinbronn passed for 327 yards and seven touchdowns and ran for another.

later, Dolf threw a touchdown and two 2-point conversions and ran in another conversion as the Blue Devils beat Meskwaki, 78-14, to close homecoming week Friday with a victory.

“We did a really good job tonight,” Homecoming King and senior Garrison Houge said. “We got the ‘W,’ and we worked our butts off to get it. We had a fun homecoming.”

Brandon Cushion ran for 169 yards, five touchdowns and two 2-point conversions and West Central (2-3) collected an interception return for a touchdown and a safety.

The Blue Devils have scored 132 points during their win streak, the most since a two-game win streak in 2015 that produced 125 points.

“Our main goal coming into this game was be more physical,” Logan Wescott said. “As you can see by the outcome, we got up and we didn’t want to stop.”

Ingels, who caught the score from Dolf for a 46-6 halftime lead, ran for a score on a play designed to be a quarterback sneak. So did Kephart.

“In the fourth quarter, we scored on two designed quarterback sneaks and our sophomore fullback was taking it right down the field,” head coach Steve Milder said. “I don’t know what else we can do (in that situation.)”

The Warriors responded to Brandon Cushion’s first TD with a 5-yard run from Velasquez. Meskwaki (0-5) missed the 2-point try and didn’t score again until Velasquez’s 9-yard run early in the fourth quarter.

“We feel like if we don’t turn the ball over, we can score points on people,” Milder said. “And we did. We ran our base, belly offense well.”

West Central's Creighton Houge rushes for a touchdown during a homecoming win against Meskwaki on Friday in Maynard.