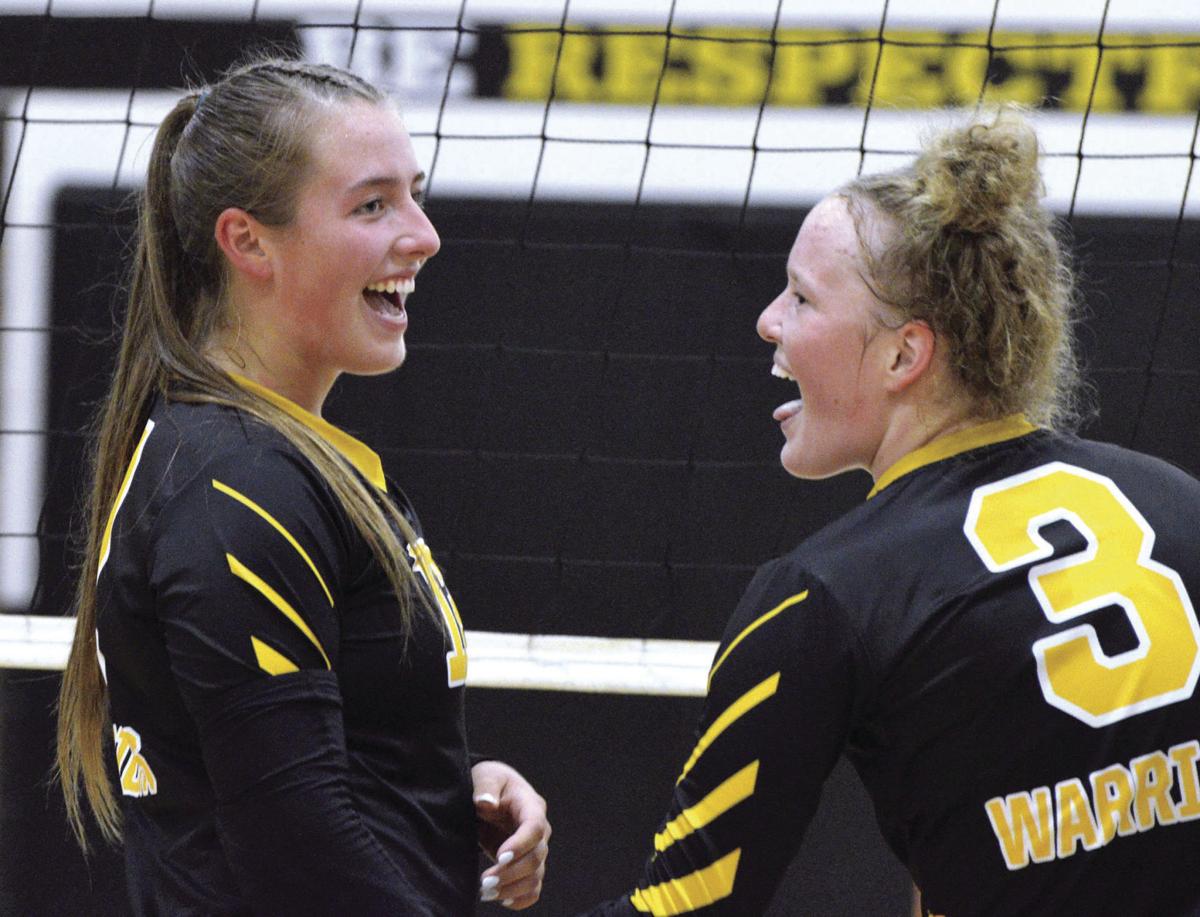 Wapsie Valley’s Lydia Imbrogno is congratulated by teammate Sydney Matthias after recoridng her 1,000 career kill during a North Iowa Cedar League East match against Union on Tuesday in Fairbank. Matthias was celebrated postgame for eclipsing 1,000 assists, as well. 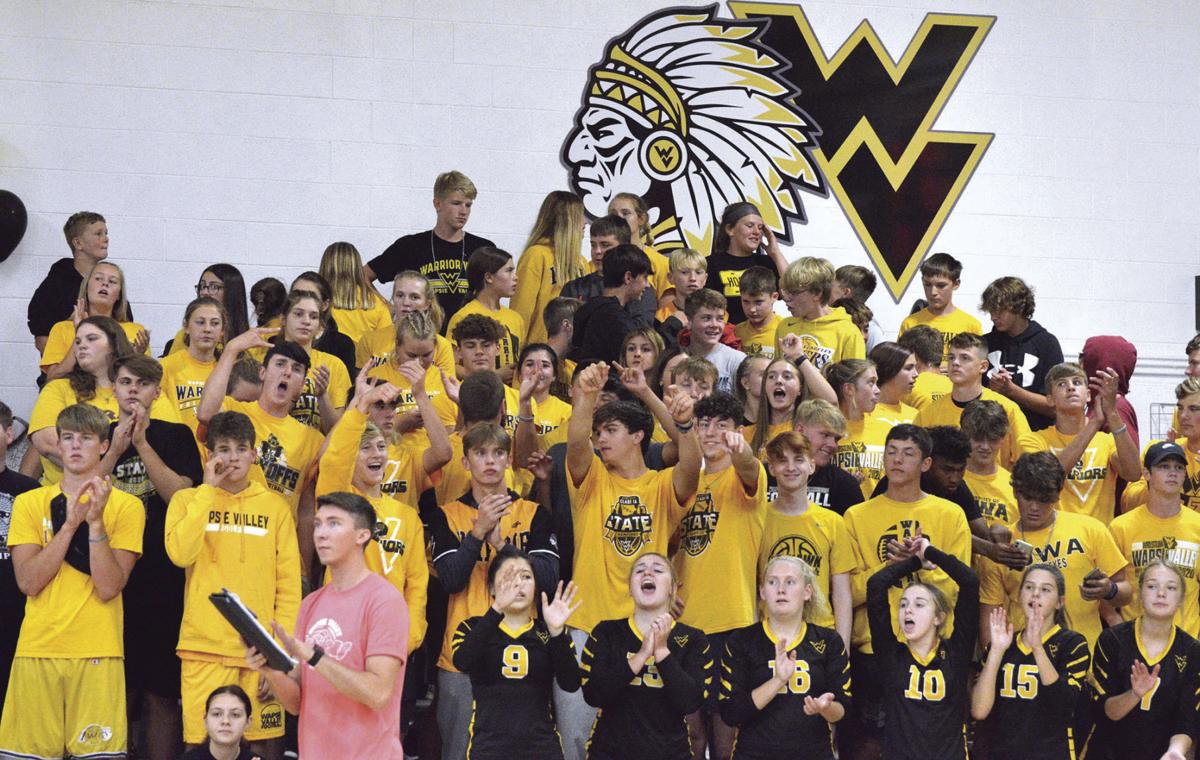 Wapsie Valley’s bench and student section celebrate a point during a North Iowa Cedar League East match against Union on Tuesday in Fairbank. 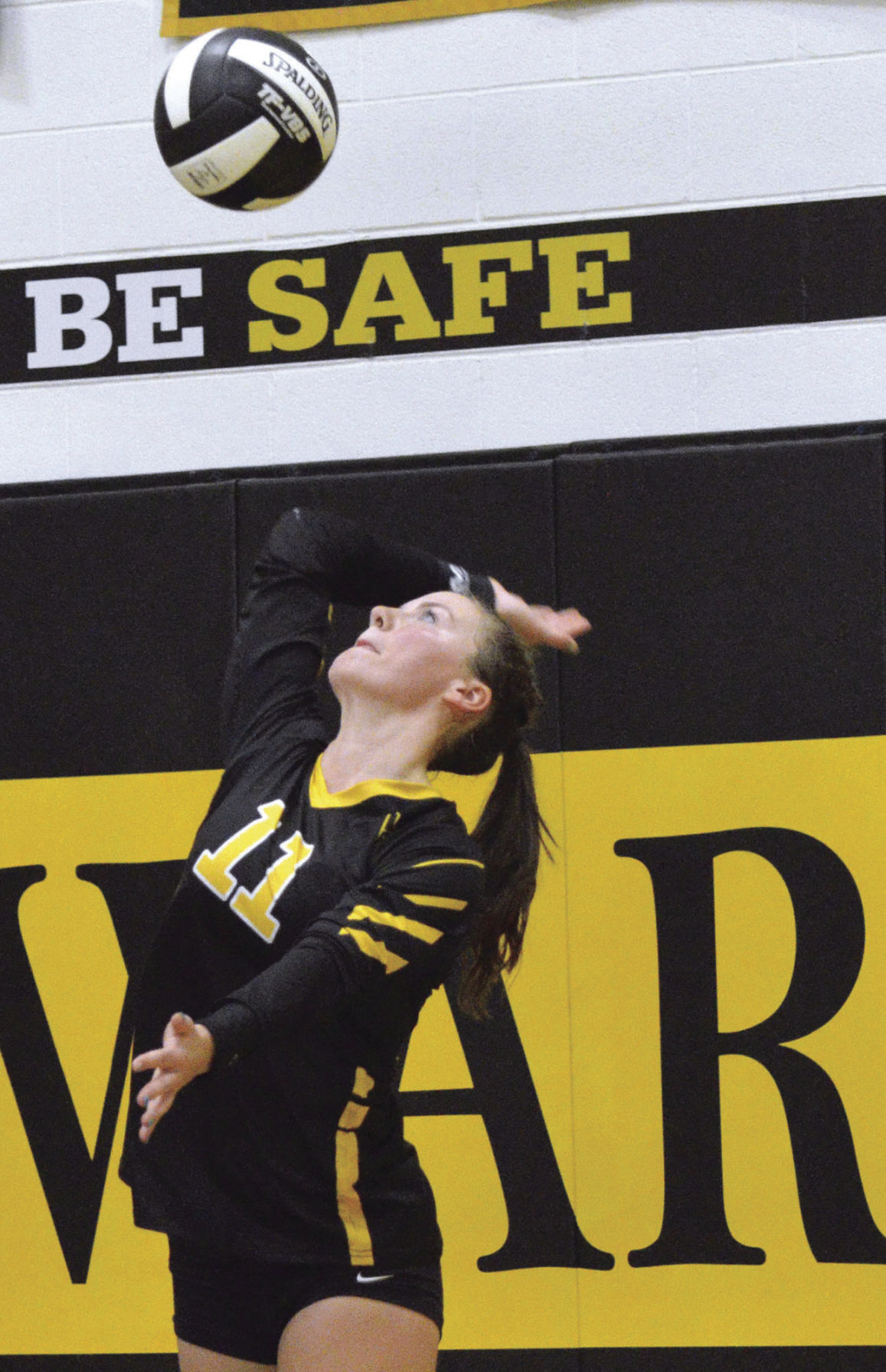 Wapsie Valley’s Lydia Imbrogno is congratulated by teammate Sydney Matthias after recoridng her 1,000 career kill during a North Iowa Cedar League East match against Union on Tuesday in Fairbank. Matthias was celebrated postgame for eclipsing 1,000 assists, as well.

Wapsie Valley’s bench and student section celebrate a point during a North Iowa Cedar League East match against Union on Tuesday in Fairbank.

FAIRBANK — It wasn’t a howl. Those are outdoors.

Not really a scream, either. That’s used in anger or terror.

Perhaps it was an exultation.

Whatever one calls it, Lydia Imbrogno raised her head and hollered at the ceiling after dropping a kill down the line during a North Iowa Cedar League East match against Union Community on Tuesday.

The kill gave Wapsie Valley a four-point lead in the second set and pushed the Upper Iowa University commit to 1,000 kills for her career.

“It felt really great. I couldn’t do it without the passers and my setter, Syd(ney Matthias), who just got 1,000 assists too. So that’s awesome for both of us. It takes a team, and we played well tonight as a unit.”

It was Imbrogno’s eighth kill of the match. She closed with 15 and surpassed both 1,000 kills and 1,000 digs this season.

“Lydia and I were out there talking (as the action went on),” Matthias said. “‘That’s one. That’s two.’ I kept thinking, ‘I can’t just give her the ball every single time. I have to mix it up.’

“It was in the back of my mind knowing she was right there, and I wanted to give her a couple more opportunities than I normally did.”

Wapsie Valley (9-6, 3-0) kept pace with division foe Sumner-Fredericksburg. Both teams are 3-0 and face each other in Fairbank next Tuesday.

“I think we played really well,” senior Katlyn Rundquist. “There were times we let up a little bit, but we got back into it and played hard. It was a good conference win.”

Each set played out in similar fashion — the home team pulled ahead relatively early in the frame, weathered a comeback from Union (11-5, 1-2) and closed it out in the end.

In the opening frame, the Warriors led 15-5 and 20-11 before the Knights put the pressure on twice.

That run included two kills from Becca Platte and kills from Anna Curley and Kalvyn Rosengarten.

“We had a strong start (each set) … I was happy with how we came out in the beginning in every single set and then finished those sets out,” Matthias said. “I am super-impressed with how we’ve been playing. Howe we’re playing is very cohesively.”

Imbrogno noted the Warriors “focus(ed) in and relax(ed)” when the Knights made their move in each set.

“It was kind of our serve-receive for a little bit (that was off), so just focusing on our platform, shoulders forward,” Imbrogno said. “And just being there for each other and being encouraging to each other.”

Hannah Knight and Platte each added eight kills. Knight (one ace) contributed three of the team’s seven blocks, with Anna Curley (ace), Imbrogno, Platte and Rosengarten adding the others.

Imbrogno collected five aces and ended with a double-double after chipping in 10 digs. Knight and Emma Jones paced the way with 12 digs apiece.