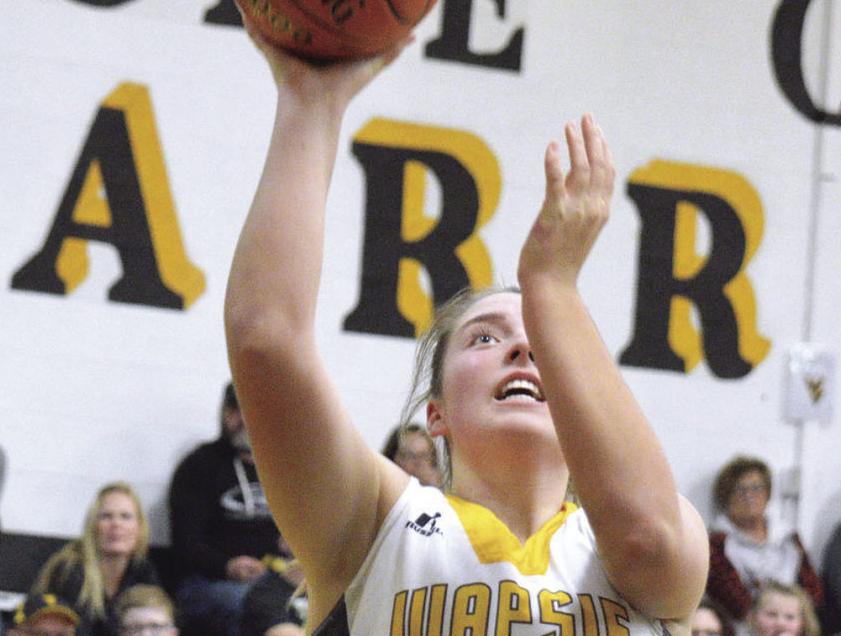 Wapsie Valley’s Lydia Imbrogno puts up a shot against Janesville on Monday. 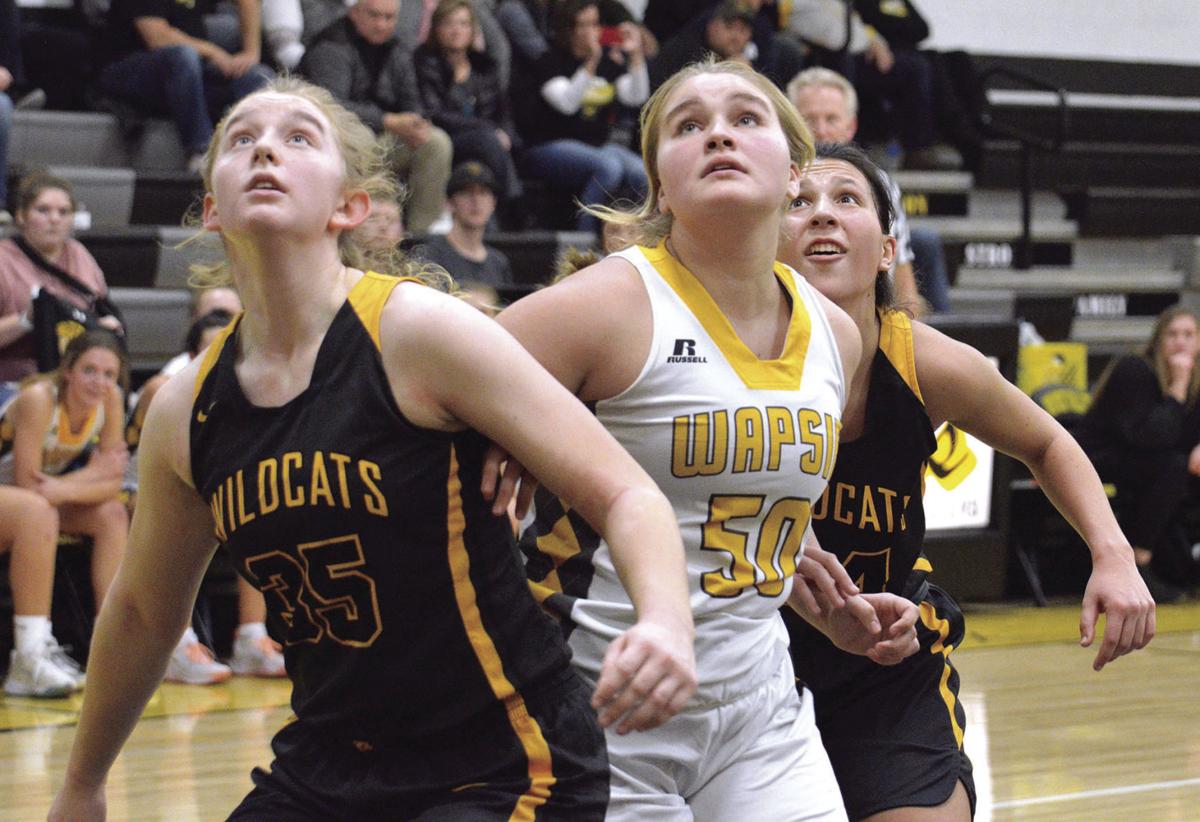 Wapsie Valley’s Kali Lampe battles for a rebound against Janesville on Monday in Fairbank. 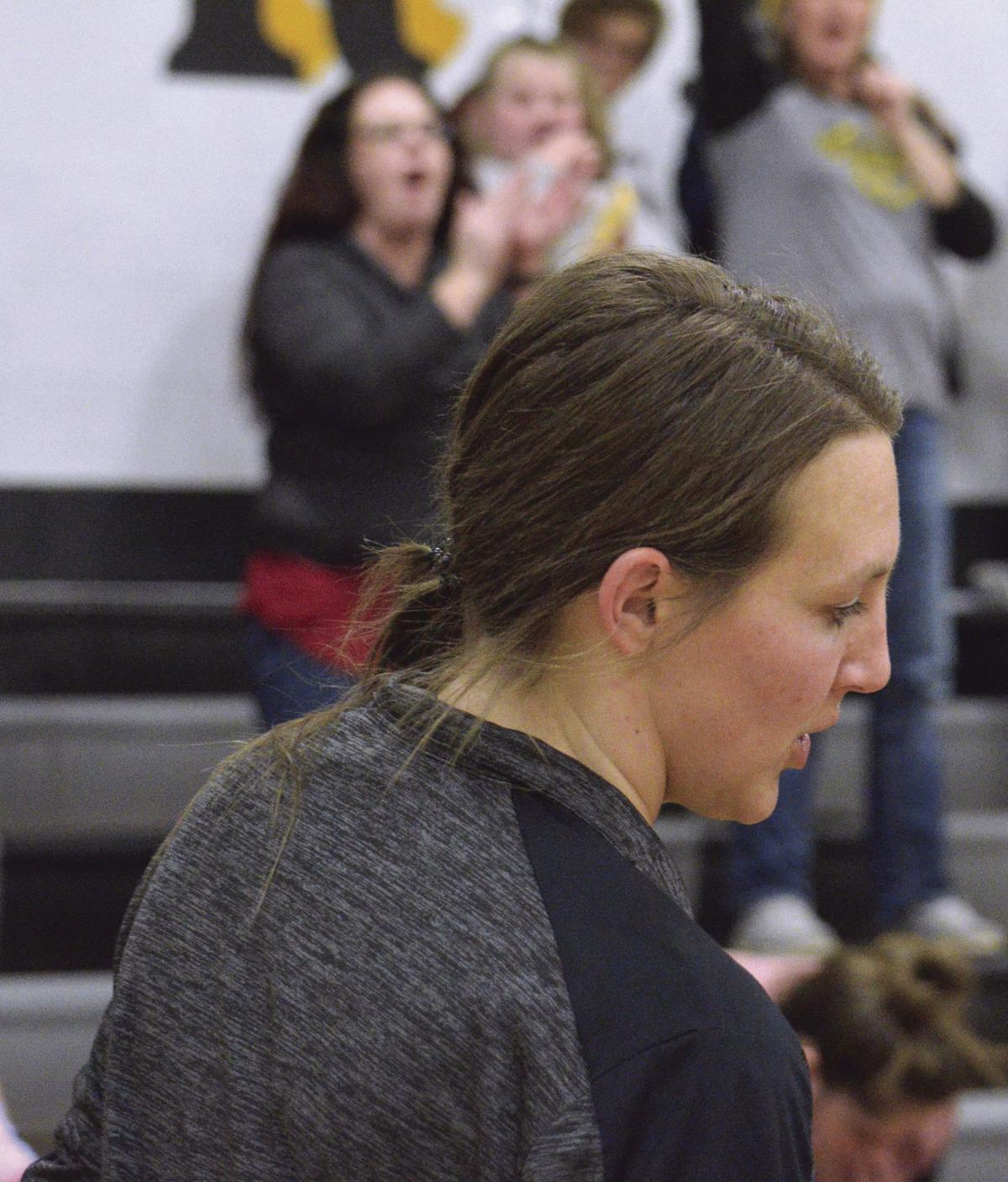 Wapsie Valley’s Lydia Imbrogno puts up a shot against Janesville on Monday.

Wapsie Valley’s Kali Lampe battles for a rebound against Janesville on Monday in Fairbank.

FAIRBANK — It sounded like a WNBA championship was clinched.

With a little over two minutes left Monday, junior center Kalvyn Rosengarten banked in a shot from deep inside the post.

The ball through the net gave Wapsie Valley its 54th and 55th points of the night and sent the bench, which was occupied with most of the Warrior starters by this point, into a frenzy.

First-year head coach Kayla Ott emptied her bench late during a 55-33 win against Janesville, which served as both Wapsie’s first win of the season and her first as varsity head coach.

The Warriors used a quick 7-0 run over a two-minute first-quarter span to take a nine-point lead (12-3) and never let the Wildcats pull within single digits after Lydia Imbrogno’s putback gave the home team a 16-5 advantage early in the second frame.

“They really worked together tonight and I think we’re starting to turn the corner here,” Ott said. “We’ve had new roles from last year with some of the girls, so some of the pressure is starting to be taken off as girls find their roles. We’re going to continue to grow.”

Wapsie (1-3) earned the blowout on several different levels. The Warriors came into Monday hitting just 40 percent from the free-throw line (23 for 58), but sank 8 of 13 in the contest, with five makes in the first half. It also committed just 11 turnovers in the first 16 minutes of play while forcing 11 and pushing ahead by 10.

But the biggest key for Wapsie was collecting 17 second-chance points off 22 offensive rebounds.

“Wow. I would have been surprised,” Reagan Barnes said when told the statistics. “That’s good.”

Added Mary Bodensteiner, “I could see it. We worked hard. That’s pretty good.”

The Warriors came in with 48 offensive rebounds in its previous three games, good for 16 a contest. That number is now 70 total and 17.5 per game.

“We have a knack for getting the basketball,” Ott said. “Those are freebies if we can go and get those offensive rebounds and put them back. We have a good — our girls have a knack. And if they box out, we can get even more.”

The first pair of offensive boards led to a split from the free throw line and one from Imbrogno led to Kate Risse’s 3-pointer and an 8-5 lead. At varying stages, the symmetry was there — six offensive rebounds and six points off those, then 10 and 10.

A Risse offensive rebound led to a Mary Bodensteiner 3. It gave the host 13 points off 11 offensive boards and a 33-16 advantage. The margin reached 20 points on Liza Riordan’s 3 (50-30) with four minutes left in the game.

“We just really worked as a team better and we took our open shots,” Barnes said. “We weren’t scared to shoot as much as we have been.”

Imbrogno (14 points), Barnes (11) and Bodensteiner (11) scored in double figures while 10 etched their name in the scorebook.

“Coach got on us about being able to play as a team and being able to share the ball,” Bodensteiner said. “We locked in at halftime.”

Wapsie Valley's Lydia Imbrogno puts in a bucket against Janesville on Monday in Fairbank.