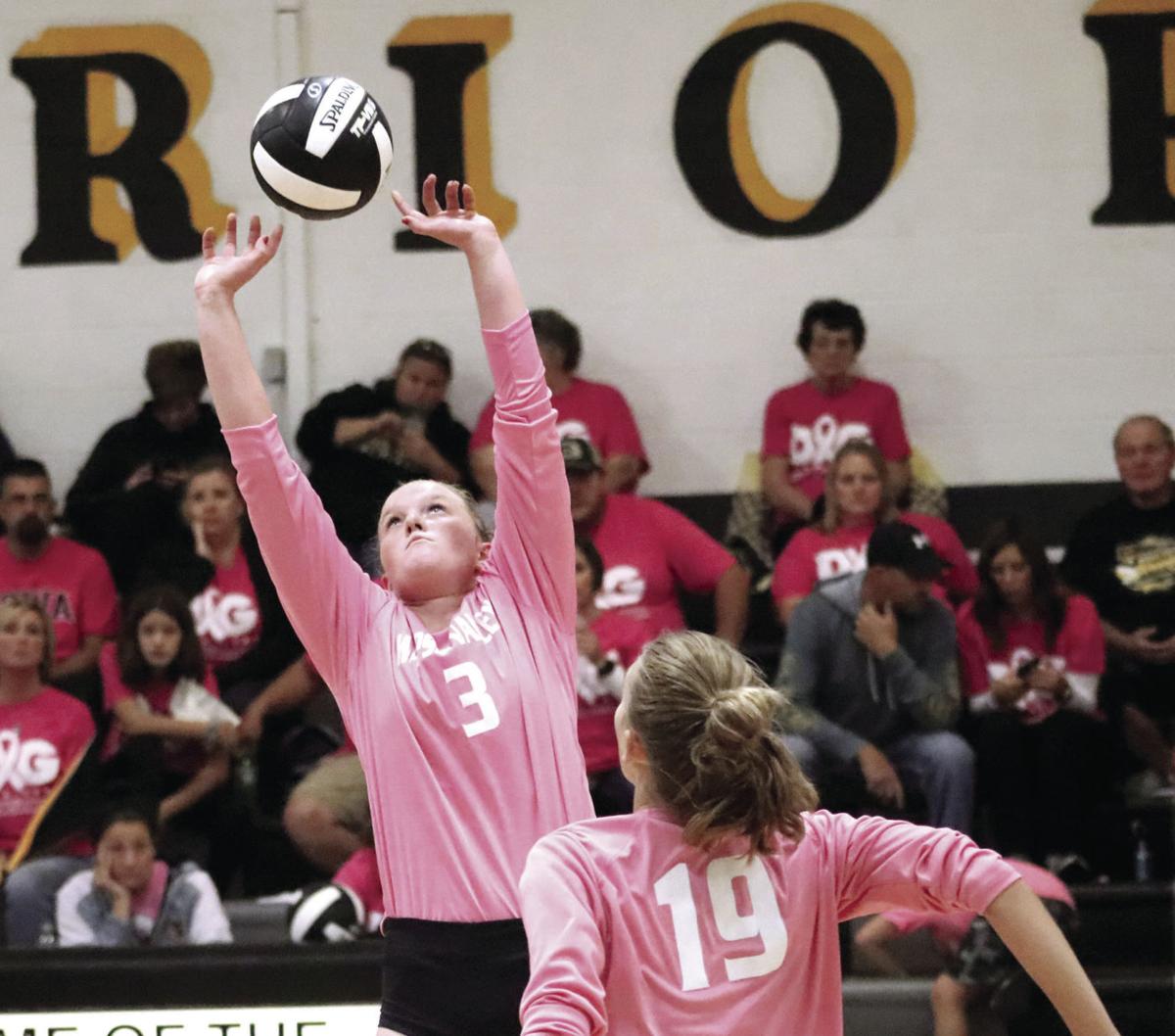 Wapsie Valley’s Sydney Matthias sets the ball during a match at the Warriors’ home triangular Monday in Fairbank. 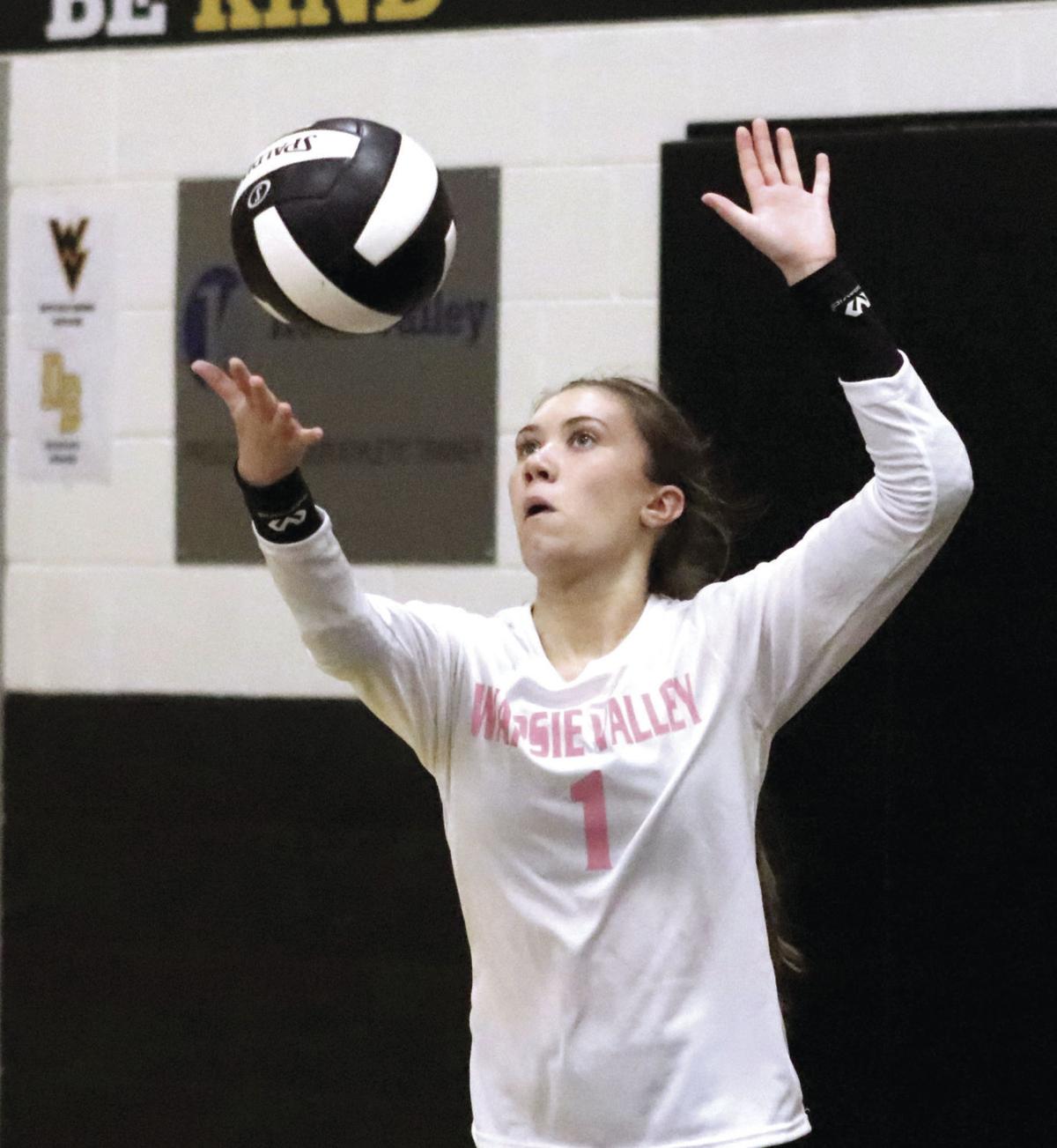 Wapsie Valley’s Emma Jones serves during a match at the Warriors’ home triangular Monday in Fairbank. 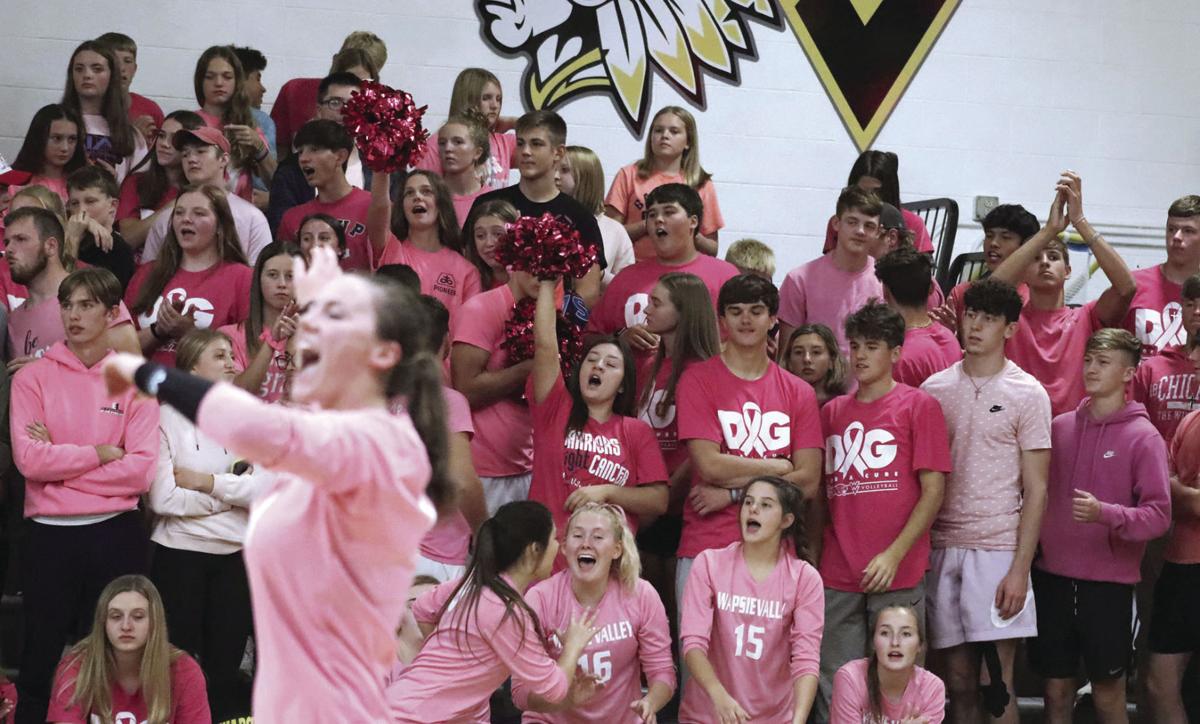 Wapsie Valley’s student section celebrates a point during a match at the Warriors’ home triangular Monday in Fairbank.

Wapsie Valley’s Sydney Matthias sets the ball during a match at the Warriors’ home triangular Monday in Fairbank.

Wapsie Valley’s Emma Jones serves during a match at the Warriors’ home triangular Monday in Fairbank.

Wapsie Valley’s student section celebrates a point during a match at the Warriors’ home triangular Monday in Fairbank.

But Monday’s pair of wins rolled into Tuesday’s final regular-season match and they’re fine with that.

“I don’t think it was the prettiest night we’ve had so far,” junior setter Sydney Matthias said. “I think we can definitely do better.”

Added senior outside hitter Hannah Knight, “I’m definitely not satisfied with how we played, but it’s a pair of wins.”

Tripoli (8-20) held an 8-4 lead in the second set, with its turnaround from a 3-1 deficit all off Wapsie Valley errors. The Warriors (22-11) immediately reeled off six points for a 10-8 lead, with most of those points coming from Panther errors.

A kill from Knight opened a 4-0 run, with a kill from Matthias and ace from Becca Platte adding to it. Tripoli kept chipping away, then closed within 22-20 on its own three-point run.

A Platte kill put the home team up three (23-20). A WV hitting error made it a two-point lead, but Brooklyn Etringer’s ace and a Knight kill ended the set and match.

“We just couldn’t put the ball away well enough,” Matthias said of the second set, and the day in total. “We weren’t finding the kills like we normally do and what we’re used to. It was a little bit of a struggle.”

Wapsie was without junior middle blocker Kalvyn Rosengarten, whose 6-foot-3 presence is an obvious benefit. Shepherd switched his lineup slightly because of it, starting another back-row player for defense and serving. It helped at points, but also threw off the offense slightly.

“The communication wasn’t really there for us,” Knight said.

The Warriors ran out to an 8-2 first-set lead against Don Bosco and went up 15-5 off a four-point run. It stayed that way through a 21-10 score before the Dons scored six points as the set played out.

A nine-point push that featured three Matthias aces and two Platte kills crushed a second-set deadlock and gave the Warriors 15-6 lead. Wapsie never lost that lead as the team played out the set.

“We had a weekend off, so we didn’t do anything, and that’s not what we’re used to,” Matthias said. “Maybe we were a little bit slower because of that.”

“At the end of the day, a win is a win no matter how you got it,” Shepherd said. “We all know we need to hold ourselves at a higher standard, a higher expectation.”

Sunshine along with some cloudy intervals. High 52F. Winds NW at 10 to 20 mph.