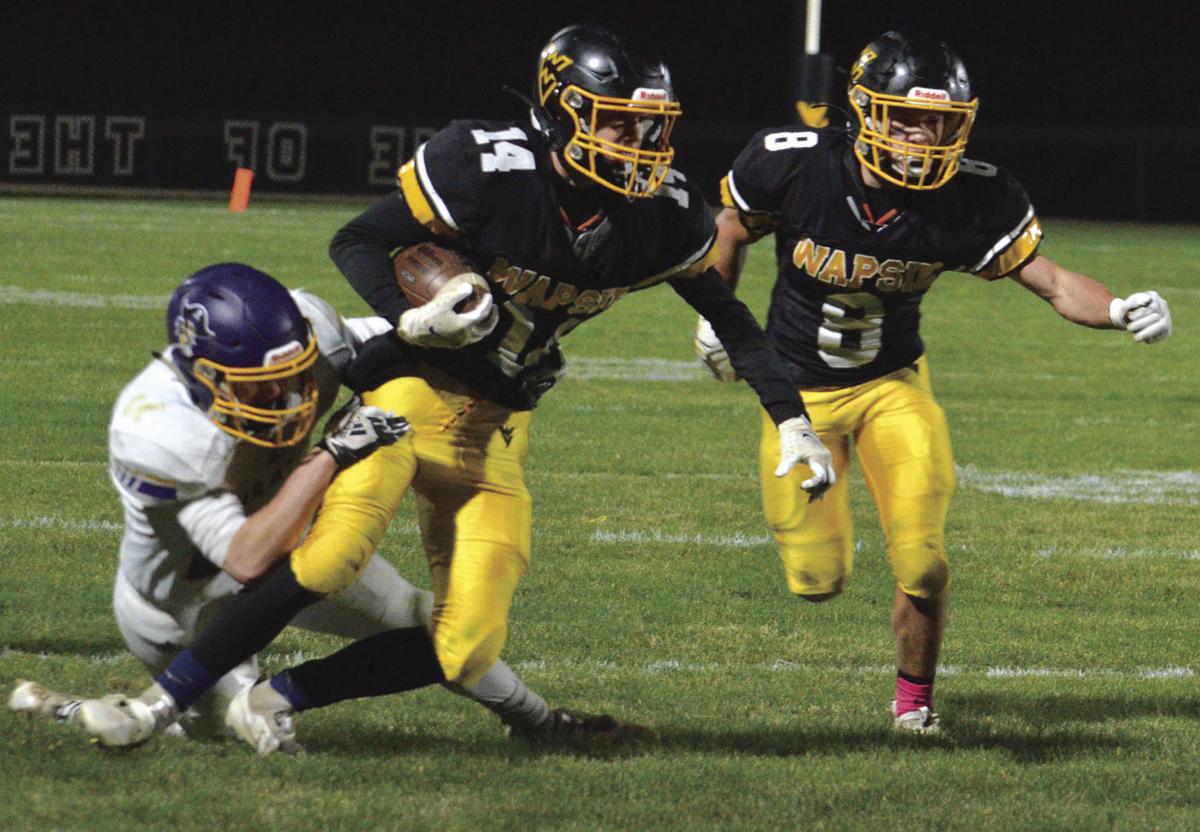 Wapsie Valley’s Gavin Leistikow snagged two interceptions during a 28-6 Class A playoff win against Alburnett on Friday at Jerry Southmayd Field in Fairbank. 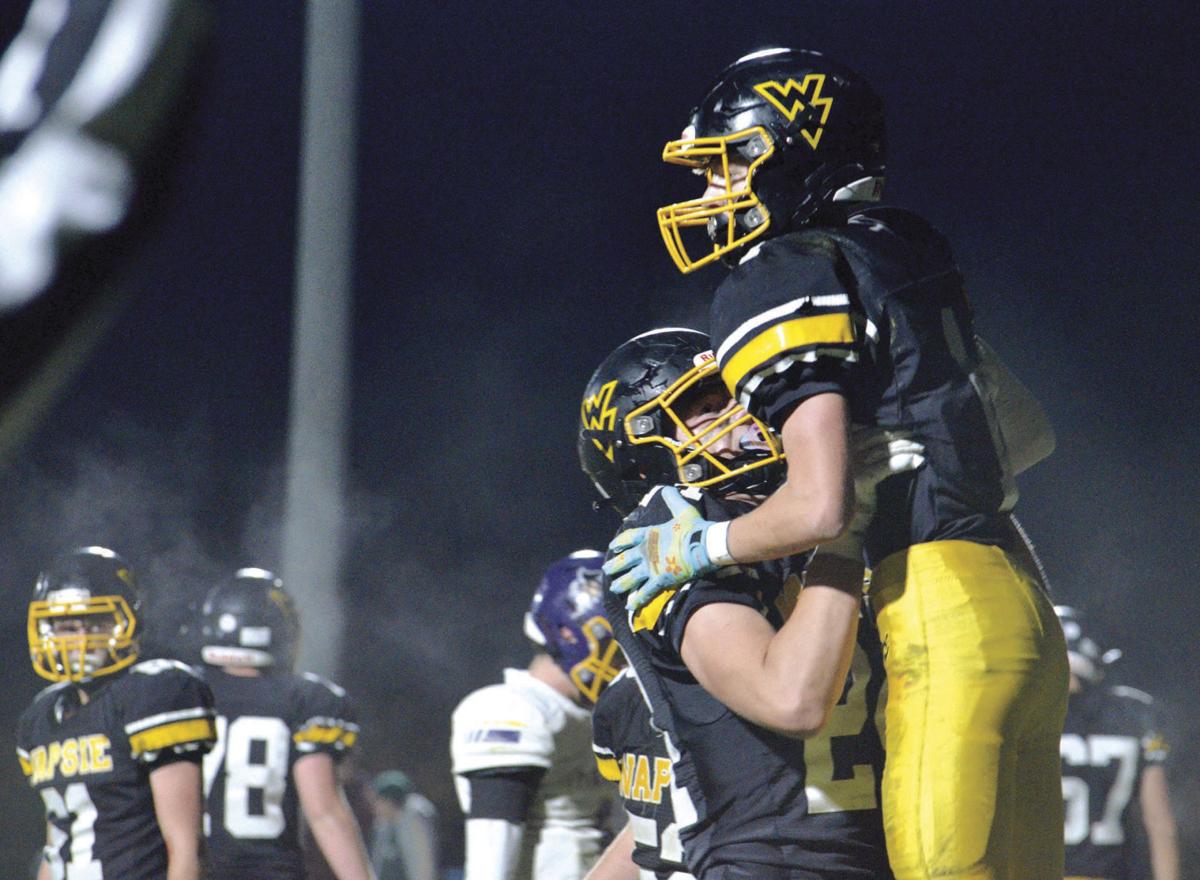 Wapsie Valley’s Gavin Leistikow snagged two interceptions during a 28-6 Class A playoff win against Alburnett on Friday at Jerry Southmayd Field in Fairbank.

It was the only time Alburnett got close to the red zone, much less inside it as Wapsie Valley opened the Class A playoffs with a 28-6 victory at Jerry Southmayd Field on Friday.

The Warriors (7-2) allowed a 27-yard pass from Connor Rock to Grayson Carolan at the 6 minute, 40 second mark of the opening quarter, but limited the Pirates (4-5) to 126 yards outside that short field the rest of the night.

Wapsie Valley (7-2) forced four turnovers and held the visitors to seven first downs, with three on their final drive before a Traeton Sauerbrei interception in the end zone late in the fourth sealed the contest.

“That what our defense has done all year,” head coach Duane Foster said. “Coach (Cody) Jones does a great job implementing the game plan. We’ve lived on our defense making those plays — turnover or stops. ”

“Coach said it was coming my way, so I was prepared,” Leistikow said of the pick. “Got to my zone, got to the guy in my zone and caught the ball.

Leistikow’s theft saw the Warriors take over at the Wapsie Valley 36-yard line. Seven plays later, Holten Robinson rambled his way through traffic from one side of the field to the other and bolted after turning upfield around the Alburnett 26. He coasted the rest of the way for a 37-yard score and a 7-6 lead after Braden Knight’s extra-point attempt.

“First half, I’ll admit I was playing a little scared. It was cold. But I knew I had to get a win tonight,” Robinson said. “It’s my last season, it’s the senior group’s last season. I wanted to go out with a bang and wanted to leave this home field with no regrets.

The score remained 7-6 at halftime. Wapsie Valley was stung by Alburnett’s short score early and a defense Foster and the players admitted wasn’t what they saw on film.

“Our offense, (Alburnett) came out in something that we didn’t practice all week,” the coach said. “We knew at halftime we’d make adjustments and our guys were able to take that at halftime and put it into the game, which was great to see.”

Added Robinson, “Coach had a great scheme dialed up. We were coachable, and we executed what we were taught.”

The scheme was basically keep running. After forcing a three-and-out, the Warriors took 5:19 off the clock with an 11-play drive.

Hunter Kane barreled into his blockers and crossed the goal line for a 1-yard score and a 14-6 lead with4:51 on the clock in the third.

Robinson exploded for an 83-yard touchdown after a holding penalty led to an 18-yard loss, ending a 1:53 drive at the third-quarter buzzer with a riled-up home sideline celebrating a 21-6 lead.

His third score, a 3-yard scamper, put the home team up by the final margin with a little more than 4 minutes to play in the fourth.

The final tally came after Mason Harter forced, then recovered his third fumble recovery of the season.

“We kept on pushing through. The game was far from over,” Leistikow said of the team’s mindset after going down 6-0 early. “We just worked hard the rest of the game.

“I think we did a pretty good job overall just keeping them contained.”

Leistikow picked up his first two interceptions of the season, as did Sauerbrei. The Warriors have 20.

“They got the jitters out,” Foster said. “It’s still the playoffs, and we’re still growing as a team.”