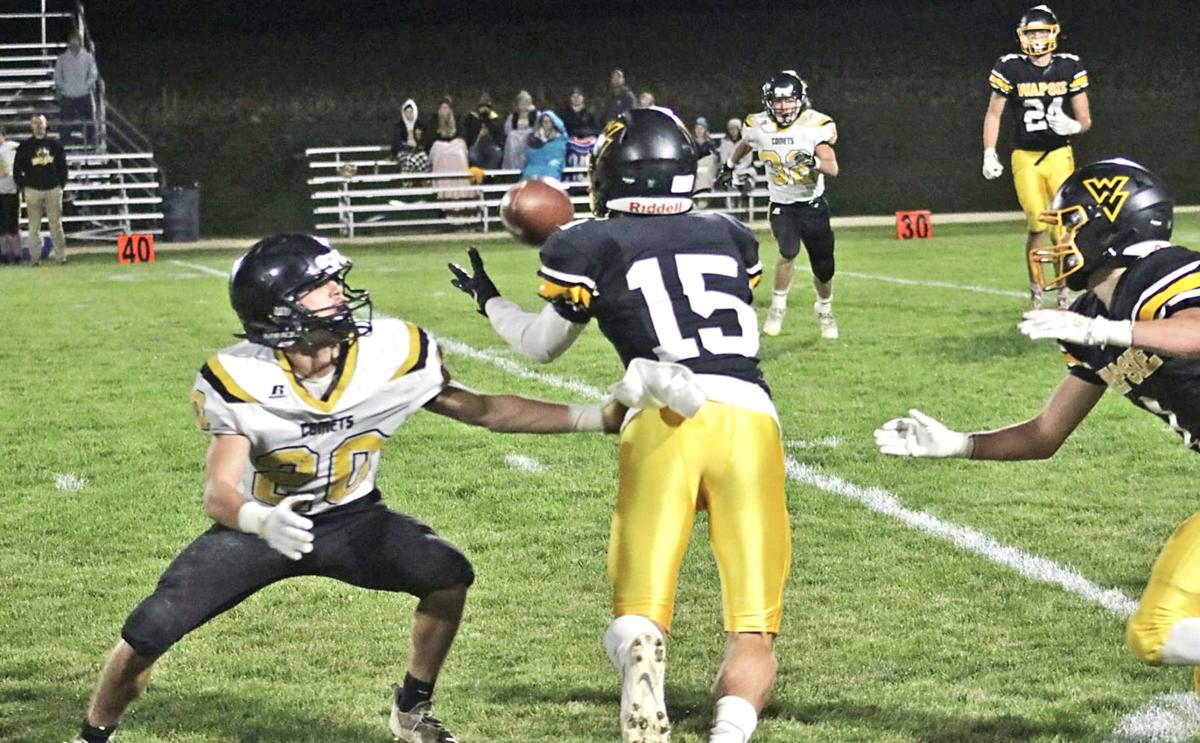 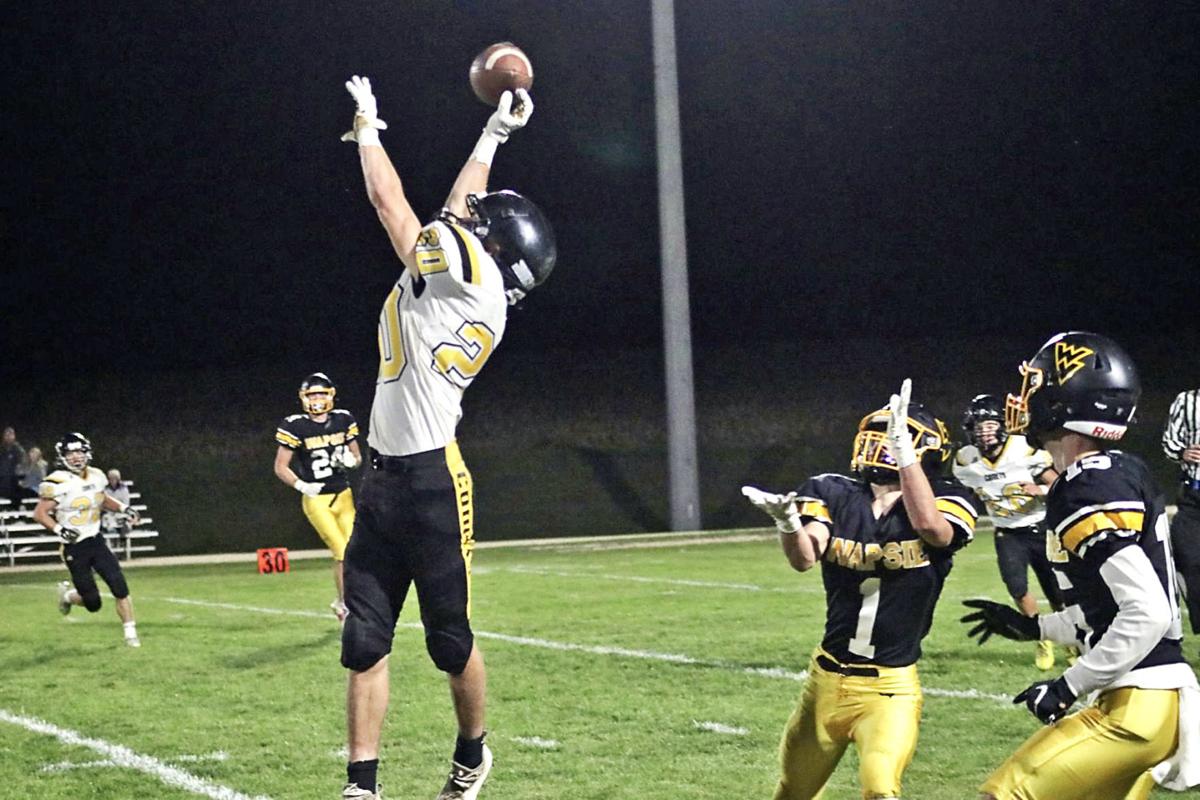 BCLUW defender Nick Feldpausch (20) reaches for a Casey O’Donnell pass intended for Holten Robinson (1) only to tip it Friday night in Fairbank.

BCLUW defender Nick Feldpausch (20) reaches for a Casey O’Donnell pass intended for Holten Robinson (1) only to tip it Friday night in Fairbank.

The winless Comets came to play on the night that the postseason-bound Warriors recognized senior athletes, cheerleaders and and members, as well as the 1997 state champion football squad.

That was as good as it got for the Comets, however, as Wapsie Valley’s defense played lights out on the way to a 47-0 win.

Hunter Kane punched in a 1-yard touchdown run on the Warriors’ third possession after a deep pass from O’Donnell to Holten Robinson over the middle put Wapsie Valley in scoring position.

Robinson scored twice on the ground in the second quarter. The first was on a 2-yard run. The second was on a 35-yard sprint.

Then, Schmitt hauled in his second receiving touchdown, an 11-yard strike from O’Donnell. The drive was helped along by an acrobatic catch by Brady Sauerbrei off a tipped pass intended for Robinson. The 30-plus yard reception put the Warriors at the BCLUW 42 with about 28 seconds left in the first half.

Braden Knight was 5-for-5 on his extra point kicks as halftime came with a 35-0 lead.

The final touchdown of the game was off an interception. Brok Grober snagged the BCLUW pass and ran 30 yards for the score. The extra point attempt failed, cementing the final score, 47-0.

Wapsie Valley finished the regular season with at 6-2 overall and 5-1 in Class A District 3.