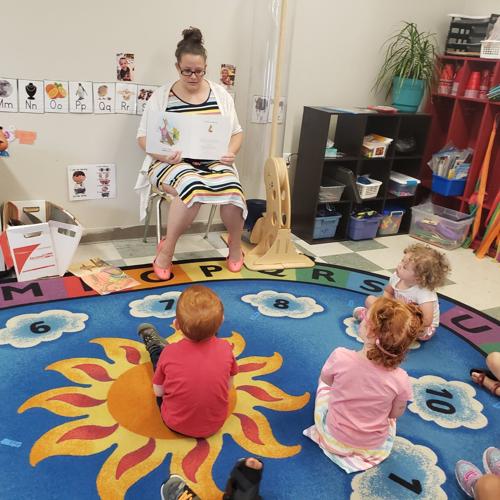 Childcare teacher Desiree Richardson read read a book to the the 2-year-old class at Happy Time Child Development Center during morning Circle Time (during which teachers and students talk about the day and listen to music, stories or even dance). 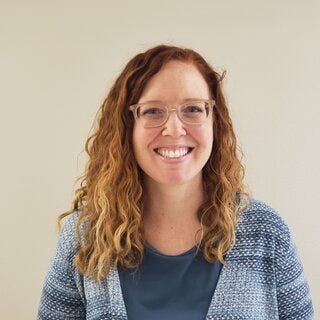 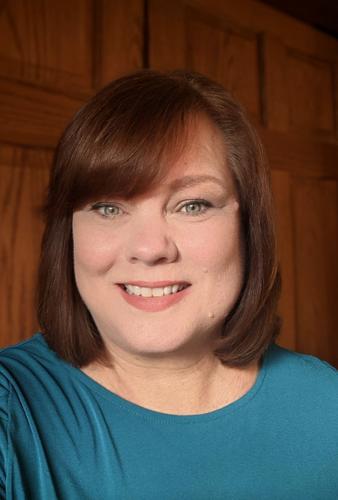 Kellie Roberts knew that cutting childcare hours by 30 minutes at the beginning and end of each day would impact working parents, but she felt she had no choice.

Roberts, director of Happy Time Child Development Center in Vinton, announced the hours change on August 23, noting that the Happy Times Board of Directors made the “difficult decision” due to a staffing shortage. Hours are now 6:30 a.m. to 5:30 p.m.

“We lost quite a few of our college students. We knew they were going to be leaving,” Roberts explained. “We also lost some staff that found other employment, you know, higher wages--and some did not put a two-week notice in, so that hurt us even more.”

Happy Time is hardly the only childcare center in the county to experience a staffing shortage. Benton County is experiencing “a pretty significant shortage,” said Erin Monaghan, director of Better Tomorrows Early Childhood Iowa, a Vinton organization tasked with improving the well-being of children through age 5.

The childcare shortage has been building for about five years, but the pandemic shone a light on it, Monaghan said. “It’s really a national issue,” she said.

She said Benton County is what’s known as a “childcare desert” where there are more than three kids under the age of 5 for each licensed childcare slot.

“I know that Benton County lost four (childcare) providers during the pandemic,” Monaghan said. “That’s a higher rate than normal.”

Some parents will have older siblings care for younger kids, a choice they wouldn’t have made previously. Other parents face a difficult choice: stop working or put their children in unlicensed childcare.

“Iowa has the highest percentage of parents with young children with both (or the only) parents in the workplace (75% vs. 66% nationally); this means there are approximately 72,000 working parents in Iowa with children under the age of 3. In a state where 88 of 99 counties are identified as rural, Iowa has diverse gaps in child care access,” noted a February 2020 report “Estimated Cost of the

The report estimated that Iowa businesses are losing $82.8 million and taxpayers $45.4 million Iowa due to childcare shortages. And working parents are hit even harder, losing $241.2 million.

Gov. Kim Reynolds launched the Child Care Task Force under the Future Ready Iowa umbrella in March 2020 to “develop a comprehensive strategy to address the child care shortage and barrier to work in Iowa.” The group began meeting in April 2020. (You can learn more at https://www.futurereadyiowa.gov/childcare-taskforce)

“They came up with 14 priorities and will be making recommendations to the governor in September,” Monaghan said.

Happy Time staff numbers dropped from 34 to 25 last month. To make matters worse, the center’s longest-term employee, the cook, will retire in November after 20 years. One of the full-time classroom teachers will take the cook’s job, which means Roberts will have to hire someone to take their place.

Right now, she needs at least five or six employees to be “comfortable” with staffing. “But to have the quality staff and the quality of training and to be able to get these children off the waitlist, I’d say it’s six to 10 (hires),” Roberts explained.

As a licensed childcare center, Happy Time is required to follow certain standards, including mandated teacher-to-child rations. For example, one staff per four infants and one-to-six for 2-year-olds.

“A lot of my staff already worked 10-hour shifts…but now they’re going to have to work that fifth day because we have to stay in ratio numbers,” Roberts said.

“My staff have a lot on their plate and are not paid what they should be paid. I’m hoping the Iowa Task Force that’s in place … can kind of see the urgency that childcare needs quality staff.”

One solution could be to offset childcare center expenses and offer more childcare workers.

“We’re a nonprofit, so we can’t offer a $500 bonus; we can’t offer $15 an hour. And our work is hard. Being with children all day, every day, is our job. I think people will look at (childcare) as something that should be easy, but it’s not,” Roberts said.

Staff develop lesson plans, teach children, and even clean the center, which does not have the budget for separate cleaning—or maintenance—staff.

Roberts has a big concern as staff pitch in and works more hours. “I just having to make sure that I don’t burn out my current staff that I already have.”