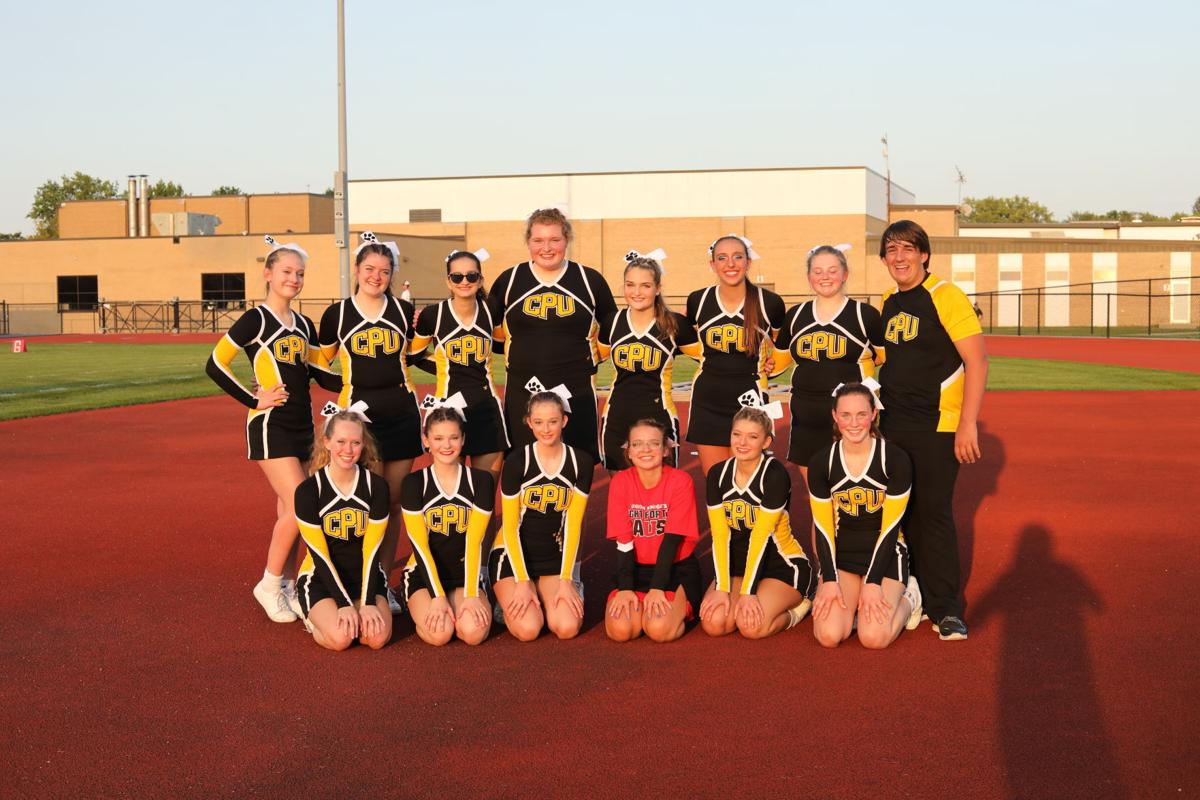 Union senior Ava Corpman (center in red) has a photo taken with the Center Point-Urbana cheerleaders, who showed their support for Corpman with a goodie bag and card signed by each member of the squad. 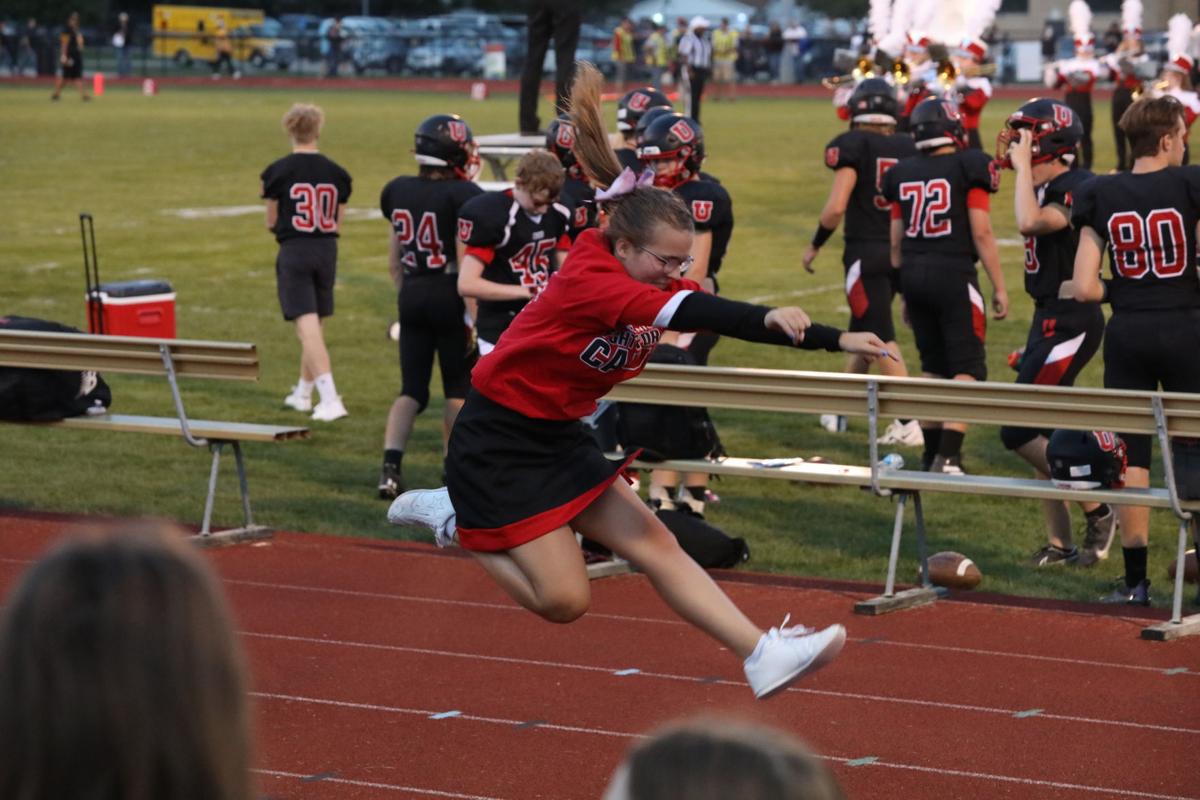 Union senior cheerleader gets the crowd fired up during the September 14 game against Center Point-Urbana.

Union senior Ava Corpman (center in red) has a photo taken with the Center Point-Urbana cheerleaders, who showed their support for Corpman with a goodie bag and card signed by each member of the squad.

Union senior cheerleader gets the crowd fired up during the September 14 game against Center Point-Urbana.

Friday Night Lights is not complete without cheerleaders getting the crowd pumped up during the big game. Yet for Union, one single senior cheerleader has stood in front of the fans and cheered her heart out during each timeout.

“I was excited and nervous when I first found out,” Ava Corpman said. “I felt excited about cheering for my senior year, but I didn’t know how the crowd and football players would feel about it. We usually have a big squad every year, not just one person.”

Corpman has been cheering all through middle school and high school in a variety of sports, including football, basketball and wrestling. She loves cheering with the crowd and supporting the Knights. She knows it’s vital to keep the energy of the fans going for the football team to feed off of. Doing it alone for the first time on September 7 against Denver showed Corpman she was capable of achieving that connection.

“I do remember being nervous that first home game, but the second game I knew what to expect,” Corpman said. “I’m just happy to be cheering again and on the track. I was definitely more confident and less nervous the second time.”

But others had her back. Some of her classmates joined in for pushups when Union scored. Former cheerleaders could be heard yelling cheers from the crowd. Both Denver and Center Point-Urbana cheerleading squads showed their support of Corpman and asked to take photos with her. CPU’s cheer coaches and cheerleaders even brought her bag of goodies before the game.

“I think it takes a lot of courage to cheer alone, but we admire that she wants to do it,” Dan McCann, CPU cheerleading coach said. “It’s not an easy thing to do. It’s really cool to see her step up and still want to be a spirit leader for this school.”

“I just felt so happy to have that support from other cheerleaders,” Corpman said.

Union cheer coach Brylee Landers knew this season would be different with one cheerleader out. Ava not only would have to perform all the cheers alone, but also potentially have to take on other duties such as Homecoming decorating and planning by herself. Two home games in, Landers praised Corpman for taking on the challenge with a smile on her face.

“I couldn’t imagine cheering as one person, but she has remained so positive through this whole scenario,” Landers said. “I feel the other teams and the community have been behind her all the way. I think it’s a really good positive boost for Ava and I already see the confidence she’s gained from last year to now.”

Union has two more home games remaining on its schedule. September 24 vs Jesup for Homecoming and October 8 vs North Fayette Valley for Senior Night. Corpman plans to do as much as possible for decorating for Homecoming and will have help from the Union student council. News of her efforts has spread through social media, receiving support from the Northern Iowa cheerleaders and other schools.

“We didn’t know this would get so much attention,” Heidia Corpman, Ava’s mother said. “We just wanted to see Ava Cheer this season. The amount of social media posts shared about her is phenomenal. There’s an insane amount of good coming out of this.”

Corpman looks forward to business window painting during Homecoming, cheering with the crowd each game and keeping up longstanding cheerleading traditions.

Partly cloudy skies in the morning will give way to cloudy skies during the afternoon. High 54F. Winds light and variable.