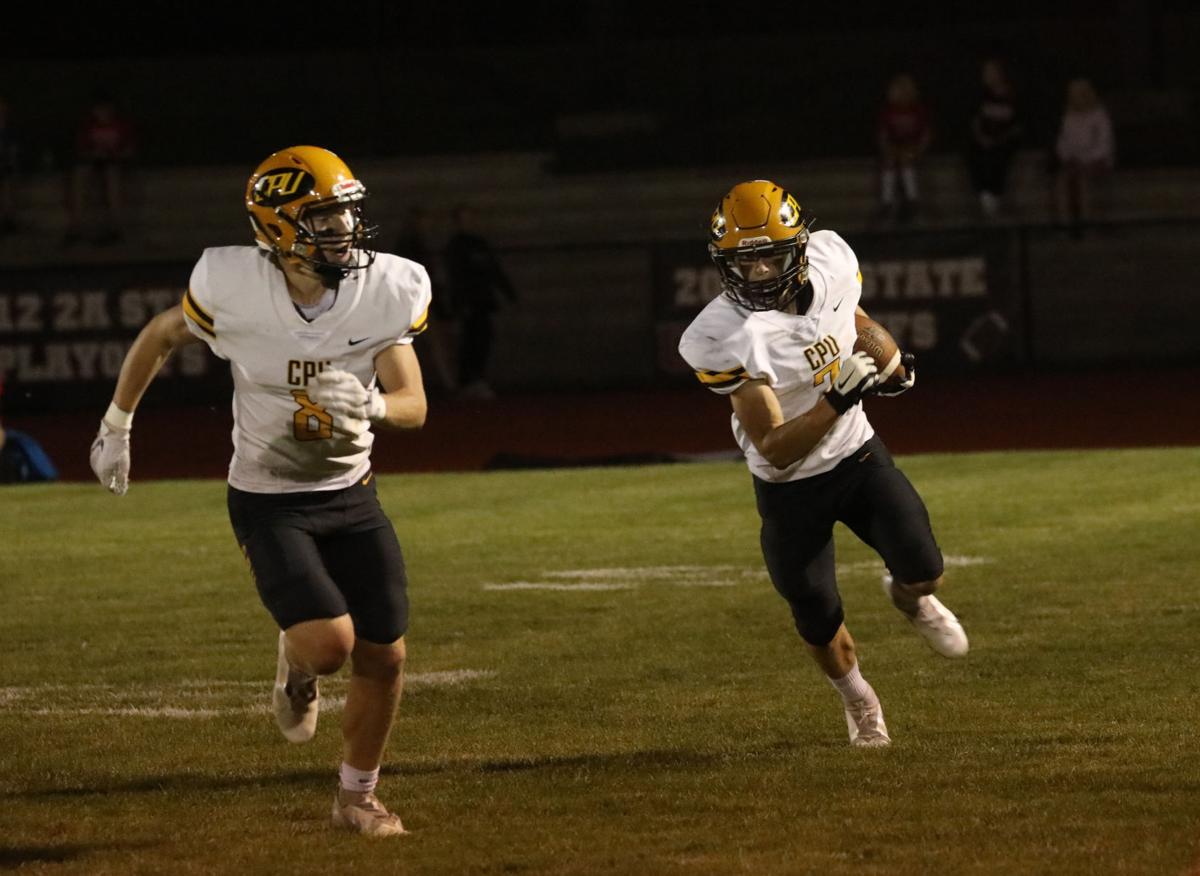 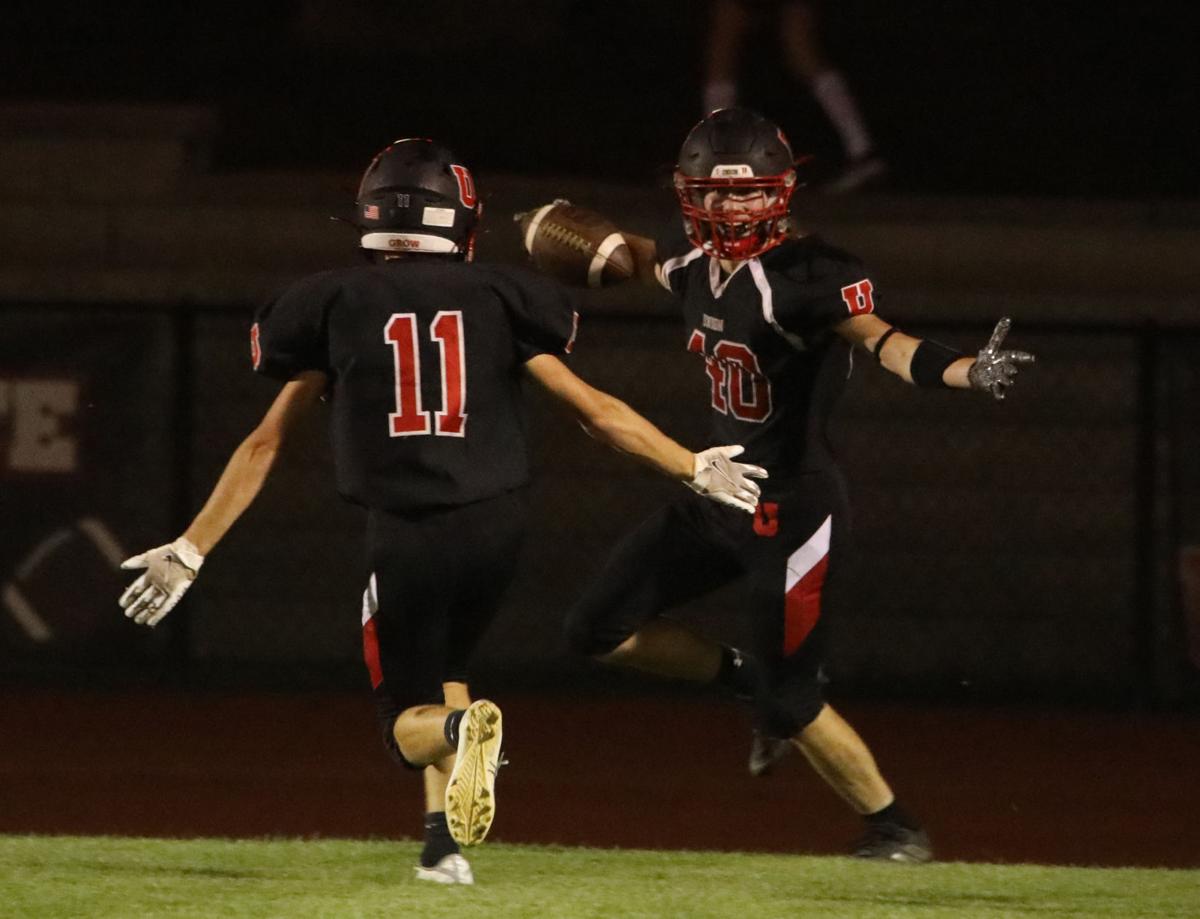 Union senior Gibson Purdy (40) celebrates a game-tying touchdown as junior Joren Fisher (11) rushes to his teammate to join in the fun.

Union senior Gibson Purdy (40) celebrates a game-tying touchdown as junior Joren Fisher (11) rushes to his teammate to join in the fun.

Center Point-Urbana football coach Dan Burke could only explain the first half of Friday’s 28-7 road win at Union as “weird.”

“I don’t know how to explain it,” Burke said. “Union had momentum there in the first quarter and we had the answers. I give Union a lot of credit too.”

CPU got on the board in the first quarter with a three yard run from senior Collin Hoskins. Union would not find an answer until the beginning of the second quarter as senior Gibson Purdy picked off a pass for a 62 yard touchdown to tie. Not to be outdone, senior Ryan Barth cashed in a 89 yard kickoff return for a score and CPU never looked back. Despite a series of turnovers between both squads in the quarter, the Stormin’ Pointers would come out with another touchdown run from Hoskins to go up 21-7.

“CPU is a very physical team with great power running and definitely pushed us around tonight,” Union coach Jared Pospisil said. “We were overall sloppy that first half. That kickoff return after we scored was depleting. It’s one of those things you have to flush and then move on to the next play.”

The Stormin’ Pointers opened the second half with junior Cole Werner finding the endzone for the first time this season on a short run, putting CPU up 28-7. Moments later, CPU made its way deep into Union territory, stopped cold and denied a field goal by senior Max Eikamp. The Knights drove down to the CPU 6 before being held in return by the Stormin’ Pointers defense.

“We took off some clock in the second half and special teams kept the momentum on our side,” Burke said. “Our offensive line had their best game of the season so far.”

Union senior Grant Behrens completed 12 of 21 passes for 185 yards, with senior Michael Niebergall catching eight of those completions for 103 yards. Eikamp finished with 60 yards on three receptions and Purdy one reception for 22 yards. Behrens and Niebergall each had 40 yards rushing. Senior Dacoda Marvets led the defense with 11 total tackles, Eikamps 10.5 tackles.

“We need to find ways to win games like this and ways to finish drives in the end zone,” Pospisil said. “We had several dropped passes in the endzone. There were one-one-one battles we lost. All of that comes down to finishing.”

Werner led CPU with 201 yards on 28 carries and a touchdown, followed by Hoskins with 108 yards on 19 carries and two touchdowns. Senior Braylon Havel threw five of 11 for 101 yards with Tucker Clark going 68 yards on three receptions. Junior Brandon Miller had six total tackles, recovering one fumble alongside junior Jacob Estevez. Senior Kanon Tupa had one interception.

Union (1-2) will travel to Dubuque Wahlert, while CPU (2-1) heads to Mount Vernon on Friday.

Some clouds this evening will give way to mainly clear skies overnight. Low 47F. Winds NNW at 5 to 10 mph.