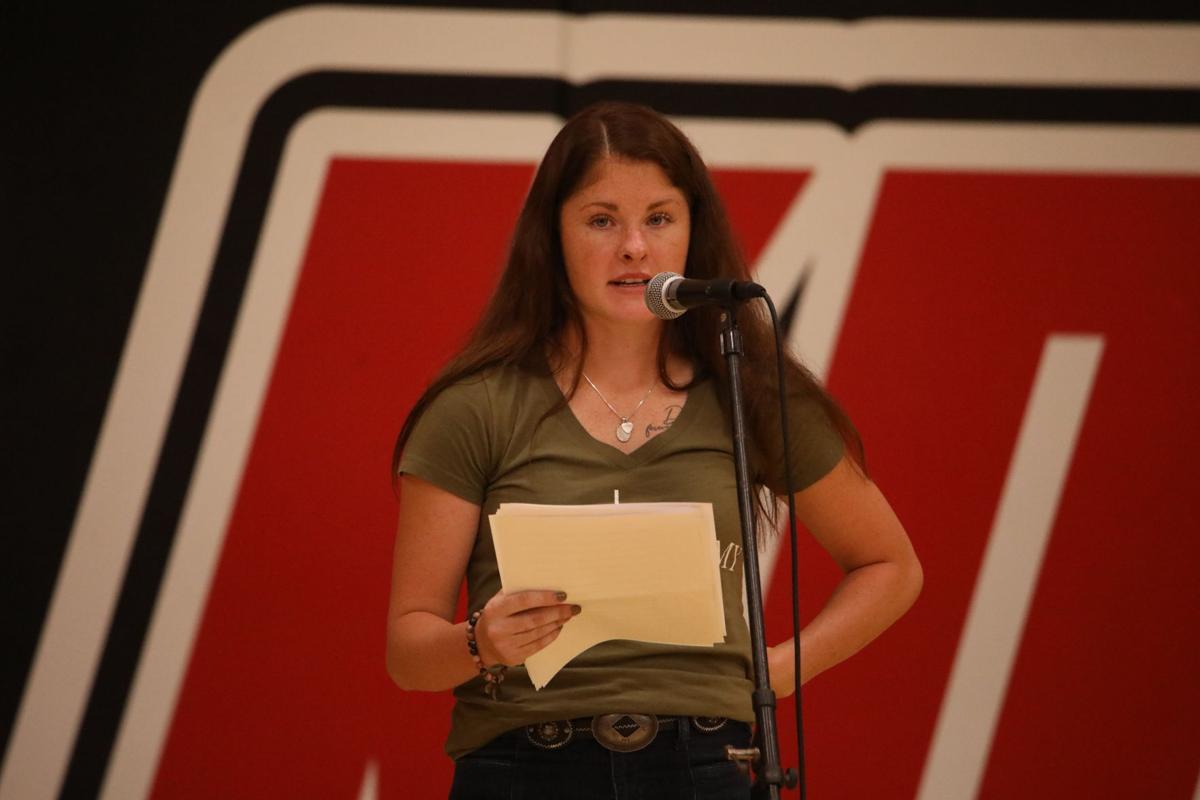 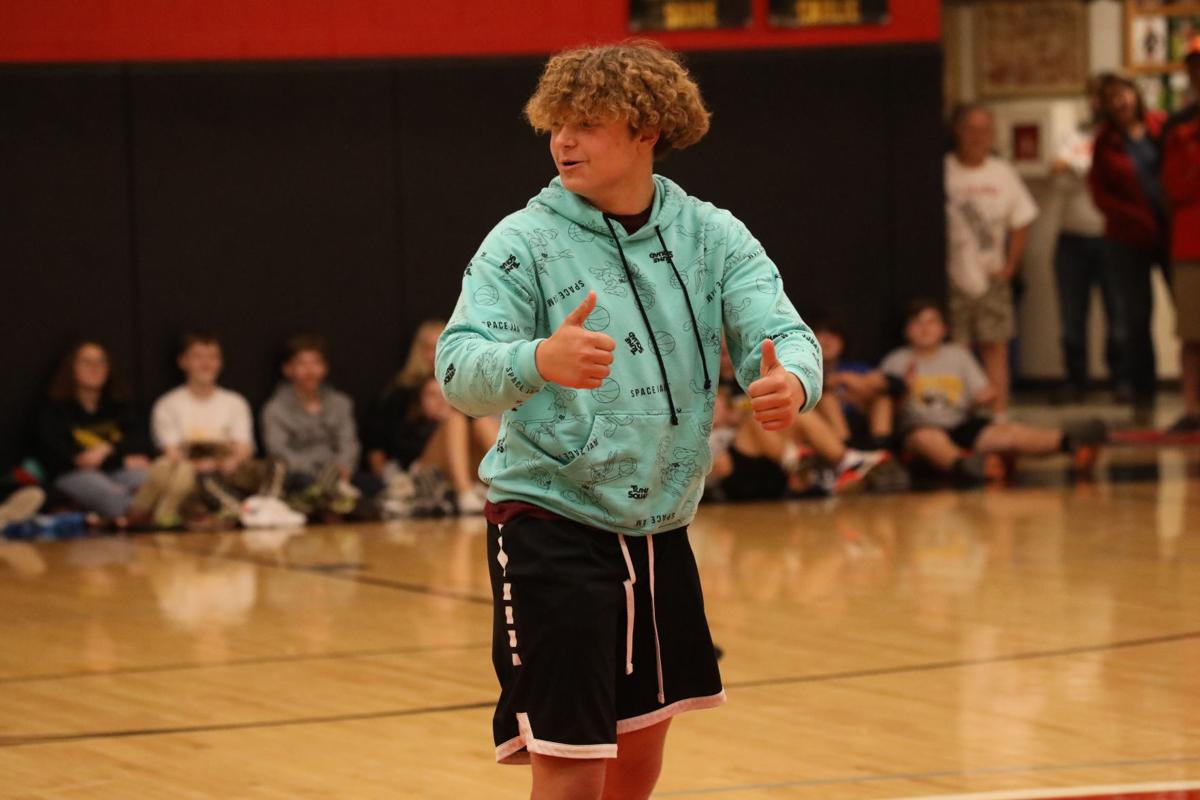 Aiden Parmater of Vinton wins an elimination game where he had to guess between three poses shown by an NT BASIC student.

Aiden Parmater of Vinton wins an elimination game where he had to guess between three poses shown by an NT BASIC student.

Courtney Powell stood inside her former high school gym with hundreds of eyes laser-focused on her. The 2017 Union graduate and current University of Iowa soccer player was candid with her words: she had contemplated not coming at all.

“I’ve gone through something pretty traumatic,” Powell said. “That was only eight months ago, but it honestly feels like it was two weeks ago.”

Powell spoke at Fields of Faith, an event sponsored by local Fellowship of Christian Athlete chapters and local faith leaders held at Union High School with guest speakers invited. While off and on rain forced the gathering of hundreds of high school students inside the gym, organizers were just happy to have the event back after canceling it last year. Among the schools present were Benton, Center Point-Urbana, host Union and Vinton-Shellsburg.

Some had attended Fields of Faith in previous years. Others, such as VS senior Carly Bendul, had heard about the event and came for the first time.

“Every year of high school, my friends have been telling me about Fields of Faith and how great it is,” Bendull said. “I’ve regretted not coming in the past and glad I was able to come this year. I was really excited to come with some friends.”

The gathering was MC’ed by Craig Greiner, Director of North Tama’s BASIC youth group, as he broke the ice with an elimination game and plenty of laughs. He encouraged everyone in attendance to “plug back in” with their youth groups and faith leaders to “get better with God.”

Students heard from Owen Minshall, a Northern Iowa track athlete relating his experience of “sin” in college, and Powell, one of Union’s most successful athletes. Powell led the Knights to the 2017 State Finals in soccer before playing four years at Iowa State University. Near the end of the fall semester of 2020, she received news both her parents had tested positive for COVID.

“It wasn’t a big worry at first,” Powell said. “They were 56 and 52 and both very healthy. I assumed they’d be under the weather for a week. No big deal. That was the case with my mom.”

But her dad, Scott Powell, only grew worse and was taken to MercyOne in Waterloo to receive treatment. Powell and her fiance cancelled a road trip and stayed close to La Porte. The family made the decision to put Scott on a ventilator with hopes that would allow him to recover. A phone call before the ventilator was the last time she got to talk to her father.

“I remember this was a very emotional moment, but I still wasn’t worried that I would never speak to him again,” Powell said. “Two days later we got a call that we could transfer him to Iowa City.”

Scott would suffer a heart attack and require surgery, but the family felt he’d been through enough and decided to give him peace on February 5. Powell later decided to use her extra year of eligibility to continue her career at U of I, a recommendation pushed by her father.

“When he passed away, I felt it was something I had to do,” Powell said. “Family and his faith were so important to him. One of his old buddies from John Deere didn’t have a relationship with God. He prayed for my dad for the first time in his life. My dad created disciples.”

Powell encouraged the audience to spend more time with family as she finished her speech. Pastor Chad Adelmund of Heartland Church led the gym in prayer. Bendull walked out with her friend and classmates with a goal of bettering her faith for her future.

“I loved how approachable this night was,” Bendull said. “I love seeing people coming together to celebrate their faith and share their experiences. It just really does bring us closer to God.”