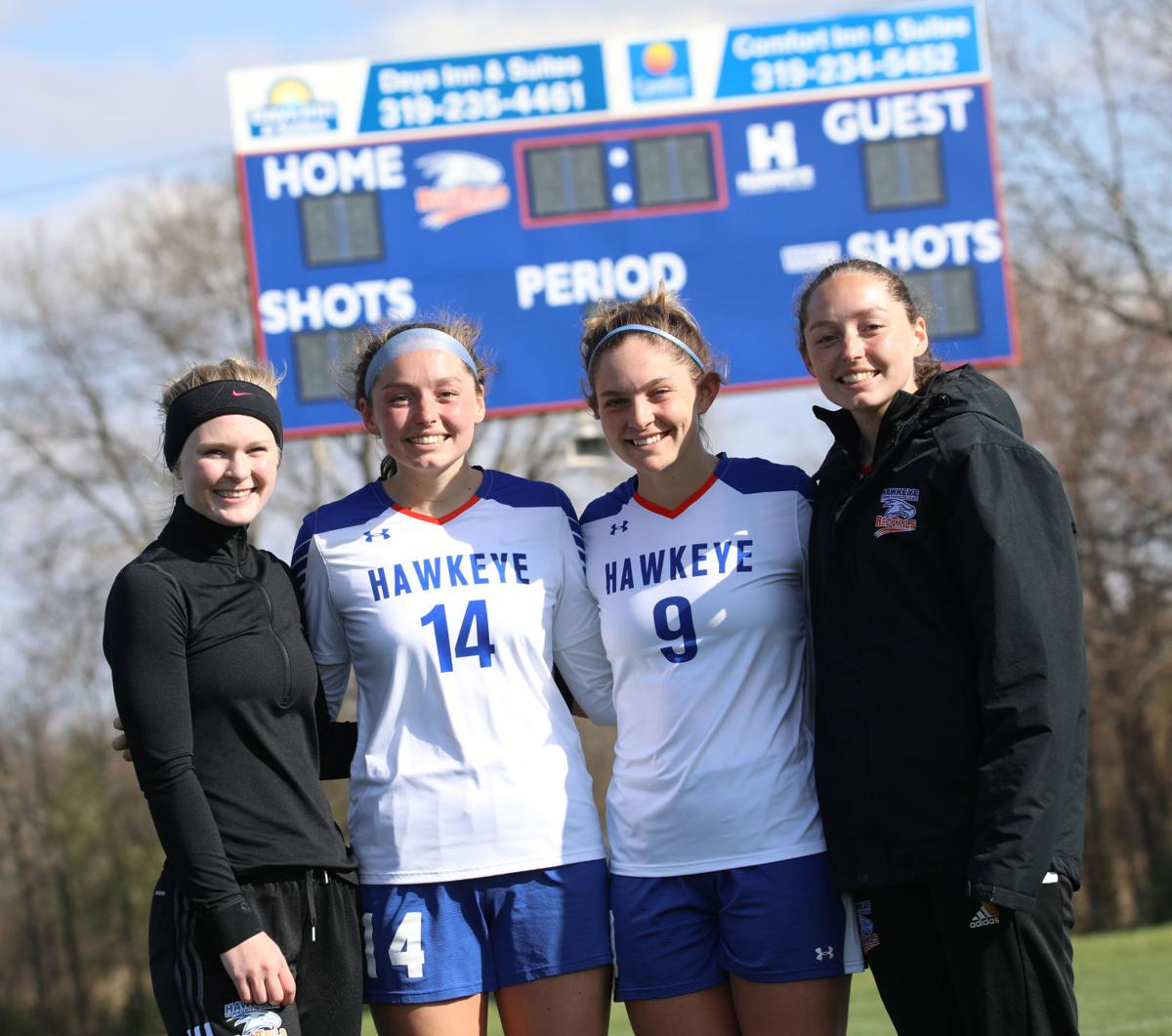 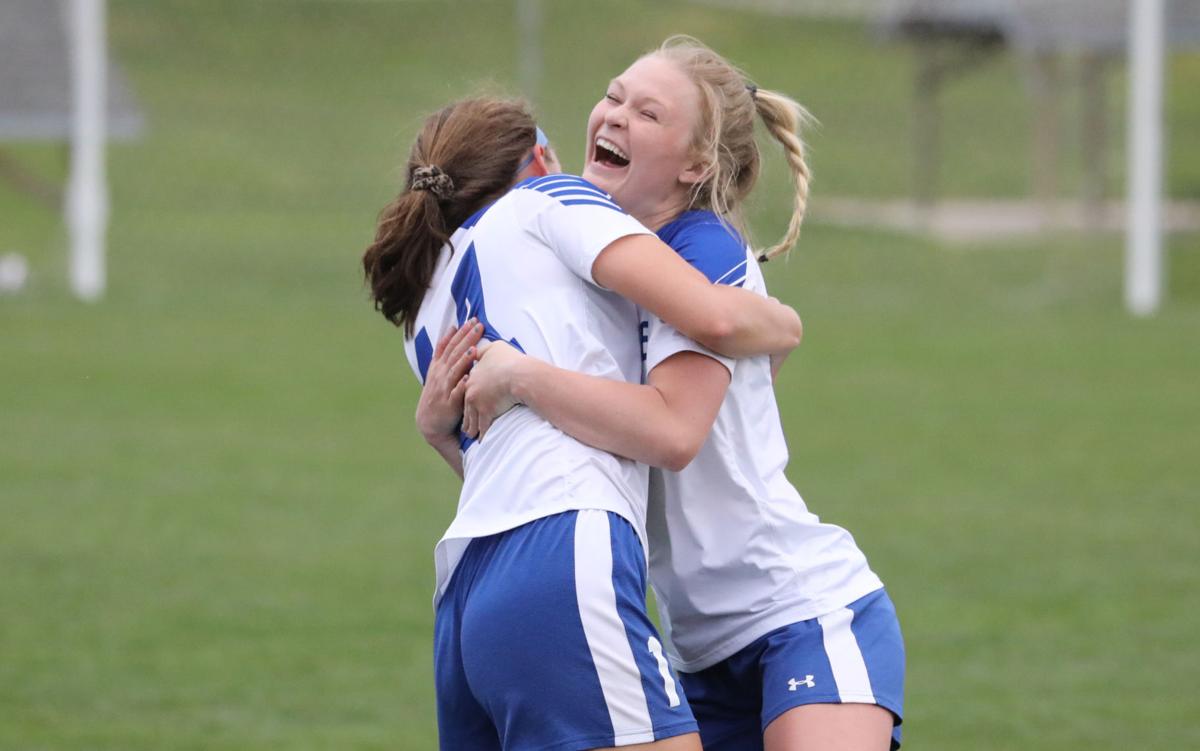 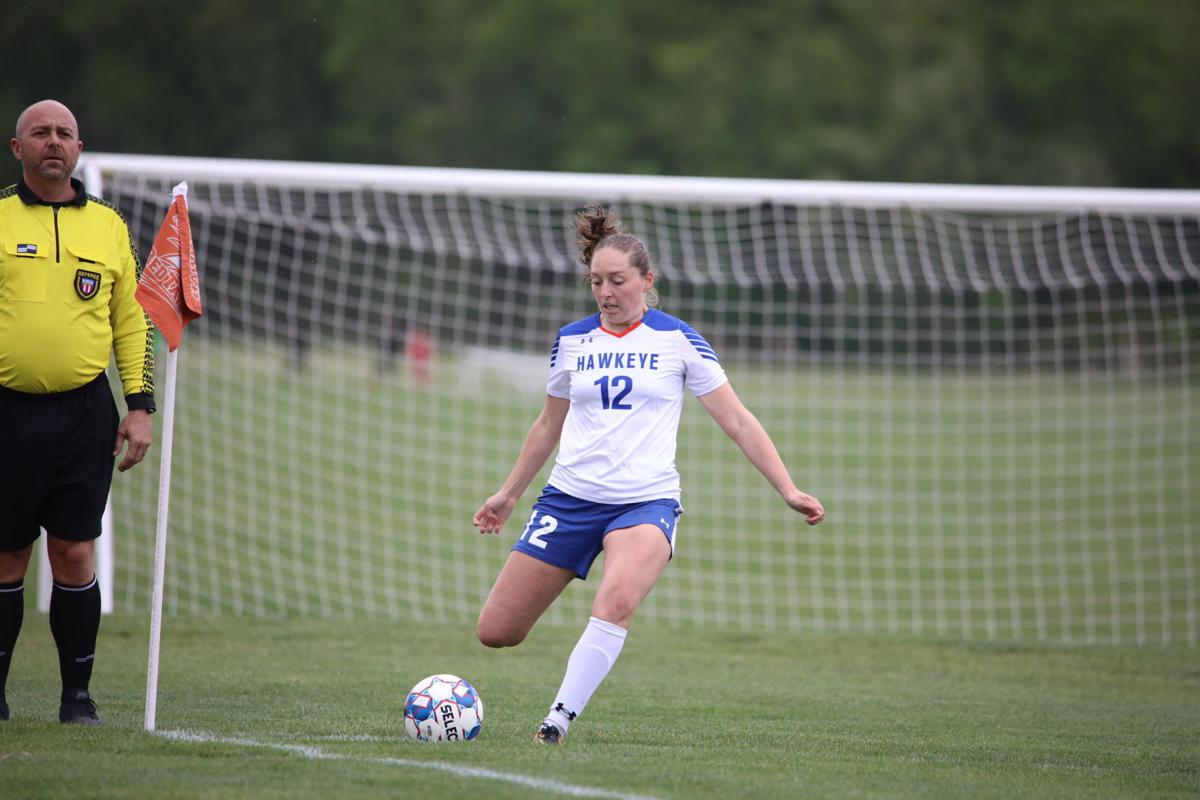 Lexi Wagner, a 2020 Union graduate, prepares a corner kick in Wednesday’s 2-1 win for Hawkeye over Southeastern. Wagner had sat out a portion of the season with an injury. 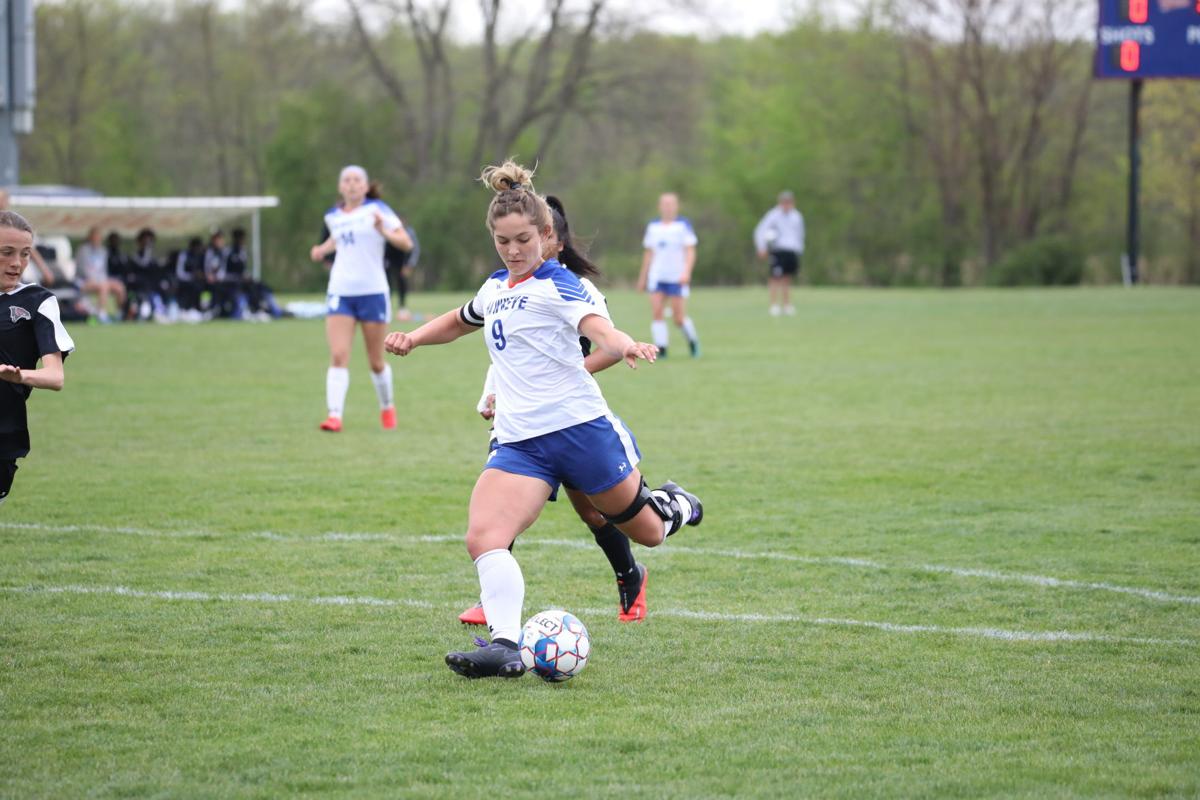 Riley Rosauer, a 2020 Union graduate, goes for a shot on the goal during Hawkeye’s match on Wednesday.

Lexi Wagner, a 2020 Union graduate, prepares a corner kick in Wednesday’s 2-1 win for Hawkeye over Southeastern. Wagner had sat out a portion of the season with an injury.

Riley Rosauer, a 2020 Union graduate, goes for a shot on the goal during Hawkeye’s match on Wednesday.

Taryn Sutton found the ball on the left side of the field. The Hawkeye RedTails were 1-1 against visiting Southeastern Community College halfway through the second halfway. The goal was well in sight, but hardly in line for a “great shot”. She attempted to cross the ball over to set up a teammate. Instead, the ball made its way to the goal. Even the goalie wasn’t expecting the shot, and Sutton’s ball gently found the back of the net.

“I wasn’t even thinking about shooting the ball,” Sutton said. “I got lucky, but a goal is a goal.”

Teammate Lexi Wagner was right in the box as she watched the goal breeze in, jumping for joy as the RedTails suddenly took a 2-1 lead after trailing 1-0 only moments ago. Her sister, Lauren, was the first to reach Sutton and celebrate the goal with a tremendous hug. Riley Rosauer and other Hawkeye teammates soon swarmed Sutton. The goal would be the difference in Wednesday’s win for Hawkeye (7-4-2).

“It was a shocking, happy moment,” Sutton said. “The energy was unreal when we all celebrated together. I think that helped us the rest of the game to keep going to the end.”

Sutton, a 2020 Vinton-Shellsburg graduate, had been on the same field as Rosauer and the Wagner twins, each 2020 Union grads, once before their first college season. It was a postseason girls soccer match with VS at Union in 2019. The Knights won 6-1 over the Vikettes, but the four future teammates formed positive impressions of each other.

“She’s a really great player,” Lauren Wagner said. “When we learned we’d be playing together later on that year, I was really excited to play with her.”

Sutton remembered the twins and Rosauer “very well” from that loss as she played in the same area of the field as them. All four girls signed with Hawkeye in November of 2019. While she was excited to play with her former opponents, Sutton originally had no plans to play soccer at Hawkeye.

“I wasn’t going to do sports in college,” Sutton said. “But Leo (Driscoll) emailed and I saw an opportunity. I was going to Hawkeye no matter what. I decided continuing my soccer career would be nice. When I found out I would get to play with the Wagner twins and Riley, I was so happy I’d get to know them more.”

The three Union athletes have been playing soccer together since at least nine years old. Each decided they could see themselves at Hawkeye and signed together in November of 2019. The proximity to home and the chance to keep playing together were too motivating factors. They quickly learned college is a whole new level of play.

“A lot of players we face aren’t from Iowa, or even from this country,” Wagner said. “We’re playing girls who came from overseas to play soccer here. That in itself is totally new and we get to meet a lot of new people.”

Rosauer admitted playing with a totally new group of people was difficult at first. Her family acts as an unofficial host family for Hawkeye goalie Aida Sanchez.

“It was hard at first because of language barriers,” Rosauer said. “Now she’s one of my closest friends. It’s been comforting to have Lauren and Lexi with me, but we’re meeting all these interesting people from the other side of the world and growing closer with our teammates.”

The team all shared one thing in common: a world stopped cold by COVID-19. All four area girls and their teammates saw their 2020 seasons canceled and competition overseas fared no better last spring.

“They were all in the same boat,” Sutton said. “I feel like our love for soccer brought us together. I love everything about my teammates. Their competitiveness, their passion, just being able to play with them.”

Not everything has been easy for the RedTails this season. Injuries have plagued the team and all three Union grads have sat out games. Wednesday’s game allowed the three best friends and Sutton to be out on the field all at once.

“This year is special because of losing our senior year,” Wagner said. “We want to come out stronger and play our best soccer. There’s motivation in knowing all of this can be taken away any moment because of COVID.”

The four have combined for 13 of Hawkeye’s 27 goals thus far this season, with Lauren Wagner leading the RedTails with six goals. Their shared goal is to continue playing into the year as possible. For Rosauer, it’s about satisfaction after coming off several injuries in her high school career.

“I feel personally I haven’t finished my career,” Rosauer said. “I have a lot more soccer left in me, especially with our senior year not happening. I don’t know how many years I have left, so I’m taking it one game at a time and enjoying all the people I met through them.”

Between classes and soccer, Sutton also finds time to get back down to Vinton to watch her sister, Grace, and the Vikettes play their high school season. Sutton helped the program to their first 10-win season in school history in 2019. Like her new teammates from Union, she played alongside her classmates from a young age and is excited to see how the program unfolds in the future.

“It felt good to have a part in building a program,” Sutton said. “I wish we had one more year to finish that and maybe go to State. I’m proud of how [VS] is playing, but I’m proud of what my team here at Hawkeye is doing this season.”