You are the owner of this article.
Edit Article Add New Article
You have permission to edit this article.
Edit
Welcome, Guest
Home
News
Sports
Obits
Lifestyle
Multimedia
Classifieds
Marketplace
Share This
1 of 4 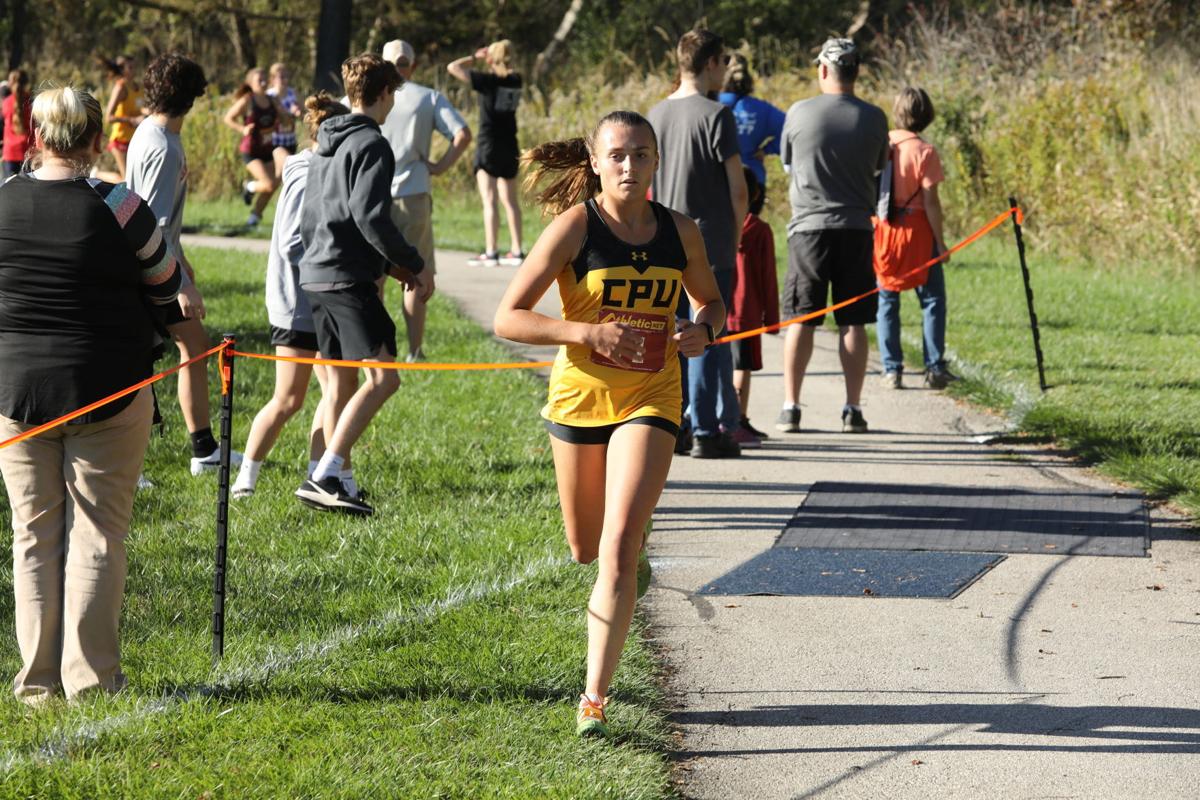 CPU senior Kora Katcher won the girls race in the WaMaC Conference Meet on Thursday as the Stormin’ Pointers finished fourth in conference. 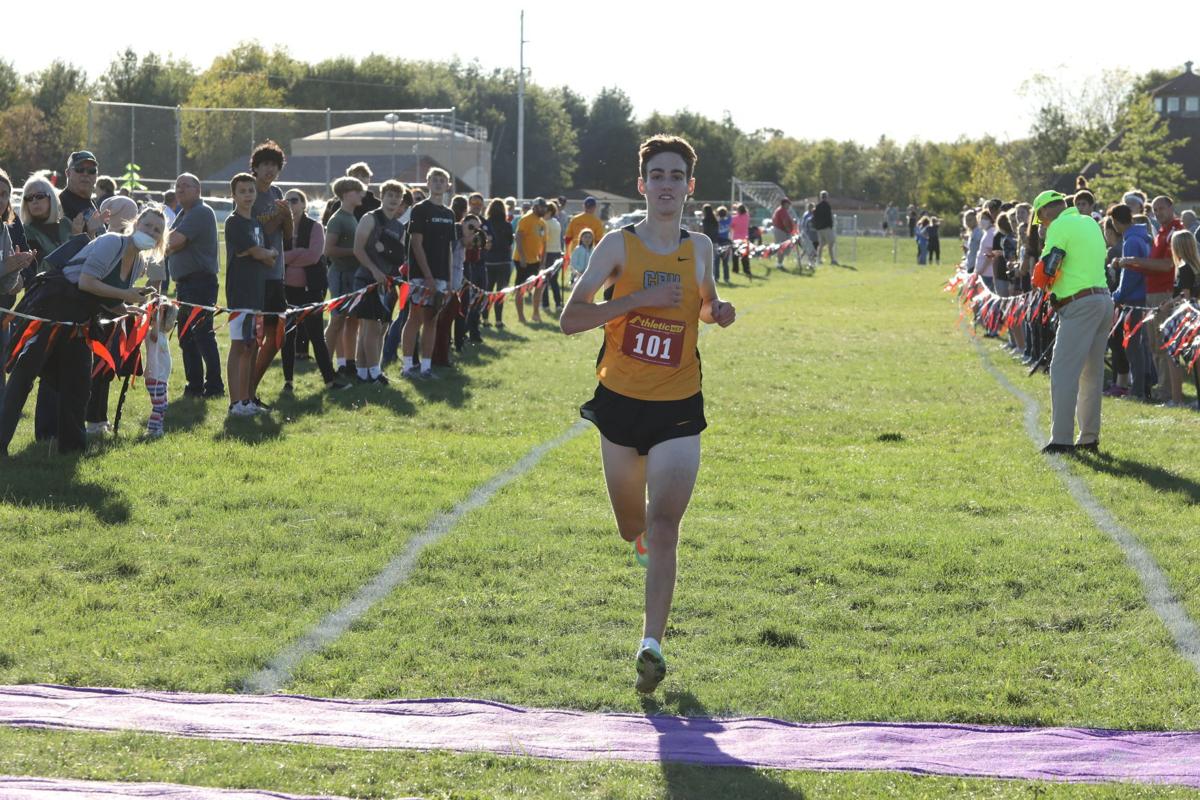 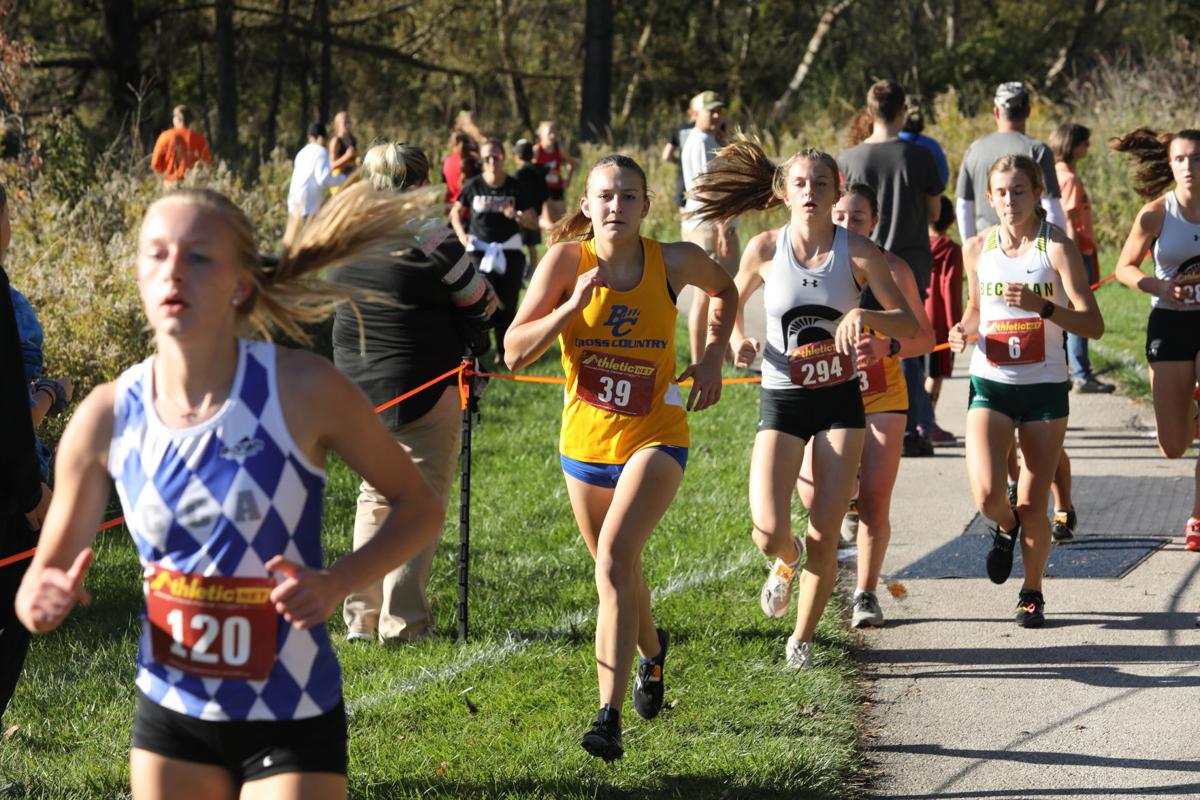 Benton sophomore Jaida Lyons finished 22nd in the girls race, the Bobcats eighth, as she works her way to qualifying for State at Wednesday’s qualifying meet. 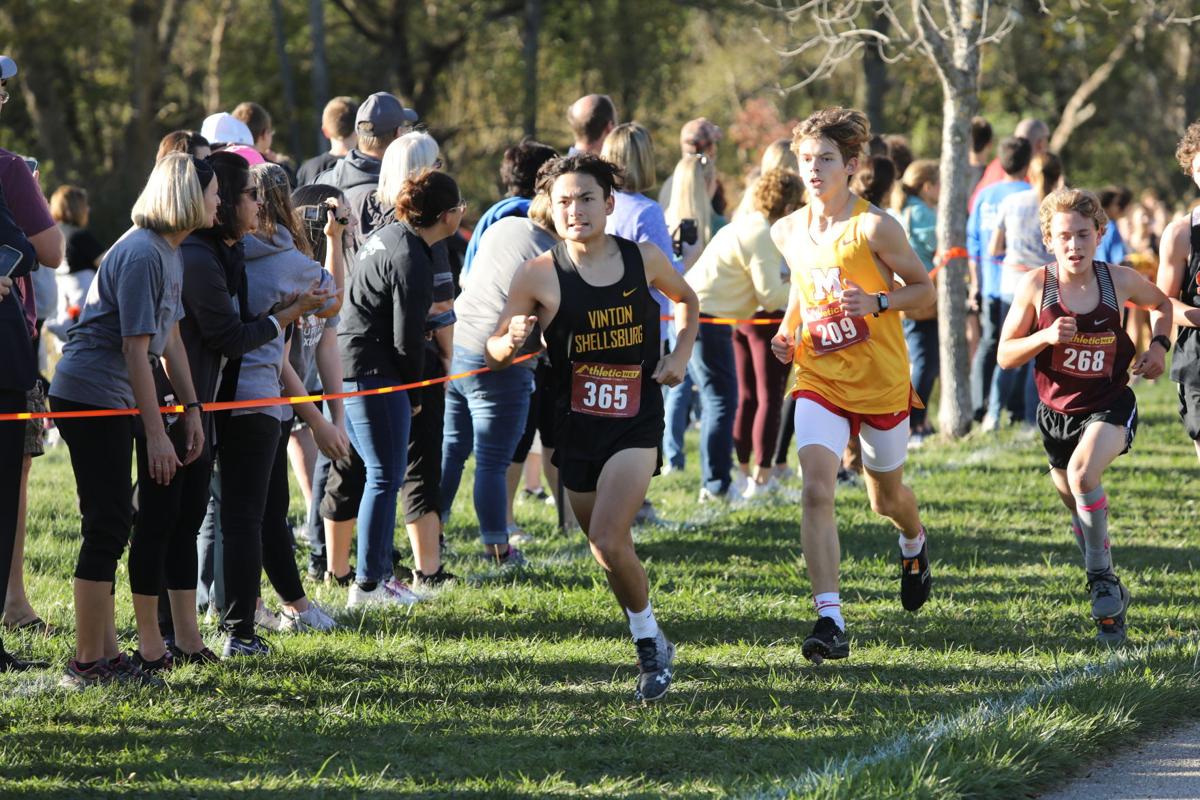 VS junior Elijah Blix finished 30th in a competitive boys field at the WaMaC Conference Meet on Thursday.

CPU senior Kora Katcher won the girls race in the WaMaC Conference Meet on Thursday as the Stormin’ Pointers finished fourth in conference.

Benton sophomore Jaida Lyons finished 22nd in the girls race, the Bobcats eighth, as she works her way to qualifying for State at Wednesday’s qualifying meet.

VS junior Elijah Blix finished 30th in a competitive boys field at the WaMaC Conference Meet on Thursday.

Kora Katcher was not a big cross country fan coming out of Center Point-Urbana middle school. She’d admittedly pick out spots on the course and walk to them.

“I talked with Coach (Amy) Poduska my freshman year and asked if I could just be a manager and not have to run,” Katcher said. “She goes ‘you’re gonna run one race and we’ll see where you’re at.’”

Katcher ran a 25:04 at the Mount Vernon-Lisbon Invitational, which was good enough for 78th place overall and a spot on varsity. Her times continued to drop over the season. Three years later, Katcher has achieved two state qualifications to her resume and on Thursday she added WaMaC Conference champion to her accolades.

“This shows me how far I’ve come and the mindset I’ve developed,” Katcher said. “It wasn’t my best race of the season, but I knew I wanted that first place spot. I got super nervous before the meet. I always know I’m going to do well if I get nervous.”

“This group is heading in the right direction, but we still have a little work to do,” co-coach Jeff Engen said. “The girls ran tough on a course that was a little soft, not a night for PRs. This is a tough conference and seeing them finish fourth among six ranked teams really built some confidence.”

Eli Larson’s path to winning his third cross country championship this season also had its surprising start. He only took on cross country his freshman year after deciding not to continue with football.

“I didn’t know what to expect,” Larson said. “I remember being surprised with myself at the end of my freshman season. I knew I could definitely improve from there.”

“Eli does the little things that make you successful,” Engen said. “He’s ready to work every day. If he feels he needs a longer warmup, he takes care of it. I hope all these boys see what he puts in and do the same.”

CPU will run its state qualifying meet at Decorah on Wednesday. Engen is confident both squads have a chance to go to State as teams for the third straight year, but notes it will require their best times of the season to make it possible.

“We hope to have everyone healthy and feeling ready,” Engen said. “It seems like all season long we’ve had someone out on both sides with injury or sickness. We seem to be in good shape. If we run our best meet of the year, we could see both make it to State again.”

Bobcats finish middle of the pack

“This has to be the toughest field of teams on the girls side I’ve ever seen in the WaMaC,” Benton coach Marty Thomae said. “You’ve got six ranked teams all in one meet. We came in behind them. There were a few kids who weren’t quite where they needed to be, but we’ll have that hopefully fixed by Wednesday.”

“This is as close as we’ve been to full strength this season,” Thomae said. “They each ran a solid race and learned more about this course. We took away a lot with this race.”

Both teams will be back racing through this very course on Wednesday for their state qualifying meet as Solon once again hosts. Lyons and Schulte both have “really good shots” to qualify as individuals in the meet. Schulte qualified as an individual his freshman season while Lyons finished one spot off from qualifying last season.

“Trey looks like he’s in the same groove he was in his freshman season,” Thomae said. “There are 20 kids I feel will be competitive for those top 15 spots. Jaida has to chase those top Solon girls and has a shot of making it.”

Shorthanded VS readies for qualifying meet

“We knew this would be a tough meet for both boys and girls, but no one complained and they ran their best,” VS coach Jeff Mangold said. “We’re hopeful to have more girls back on Wednesday and use this meet as a launching pad for a great meet in Decorah.”

“We’re hoping to get Elijah to State and running his best on Wednesday,” Mangold said. “He’s ranked 14th in time. The top 15 go. Everyone is working to finish the year strong. We might be short a few people still, but we’re going to give it our best effort.”

VS will also be running their State qualifying meet at Decorah on Wednesday. The girls race is slated to begin at 4:00 p.m., the boys around 4:30.