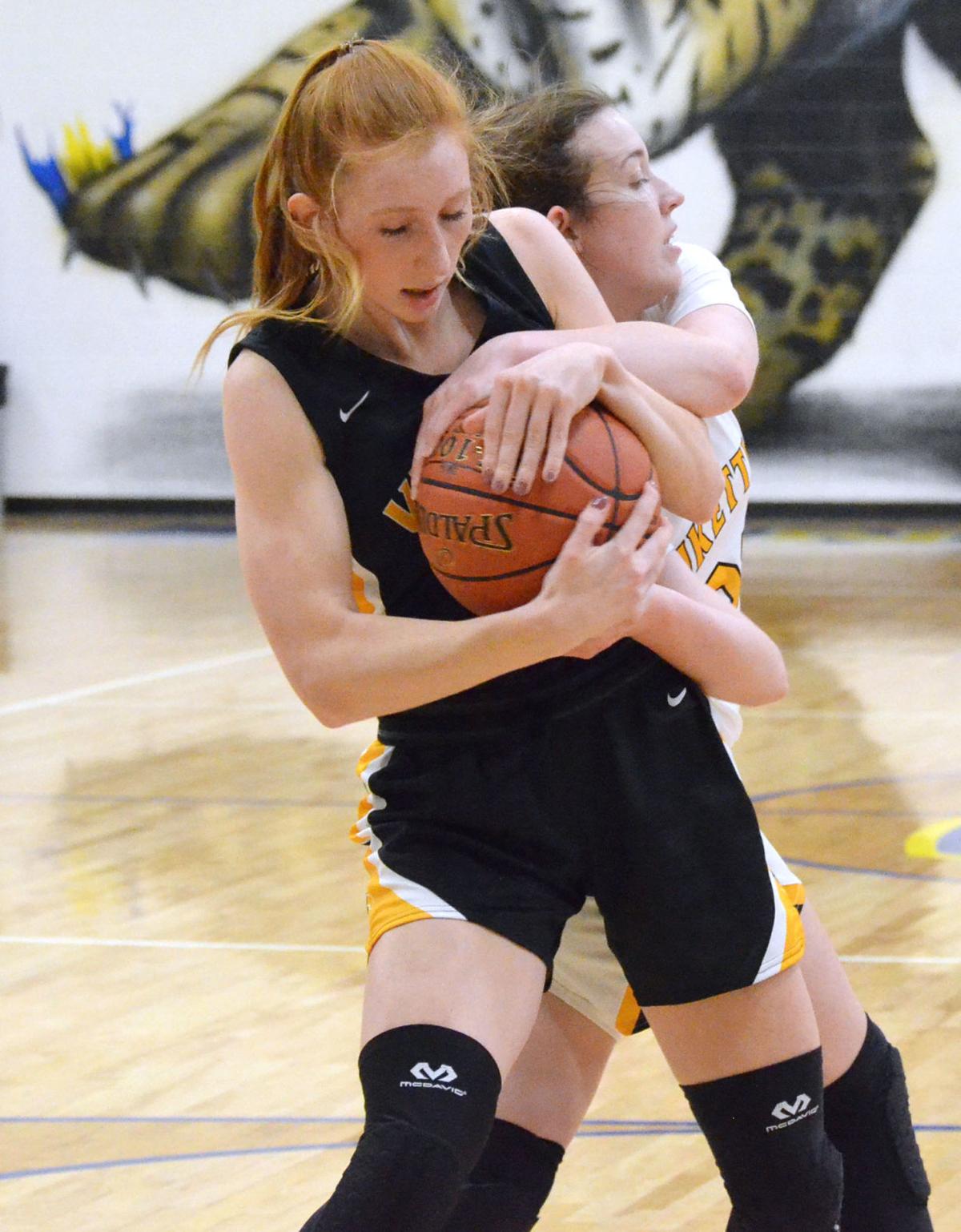 Vinton-Shellsburg’s Kayla Griffith battles for a rebound with Vikettes teammate Lucy Howes-Vonstein during the 2021 WaMaC shootout Friday at Benton Community in Van Horne. 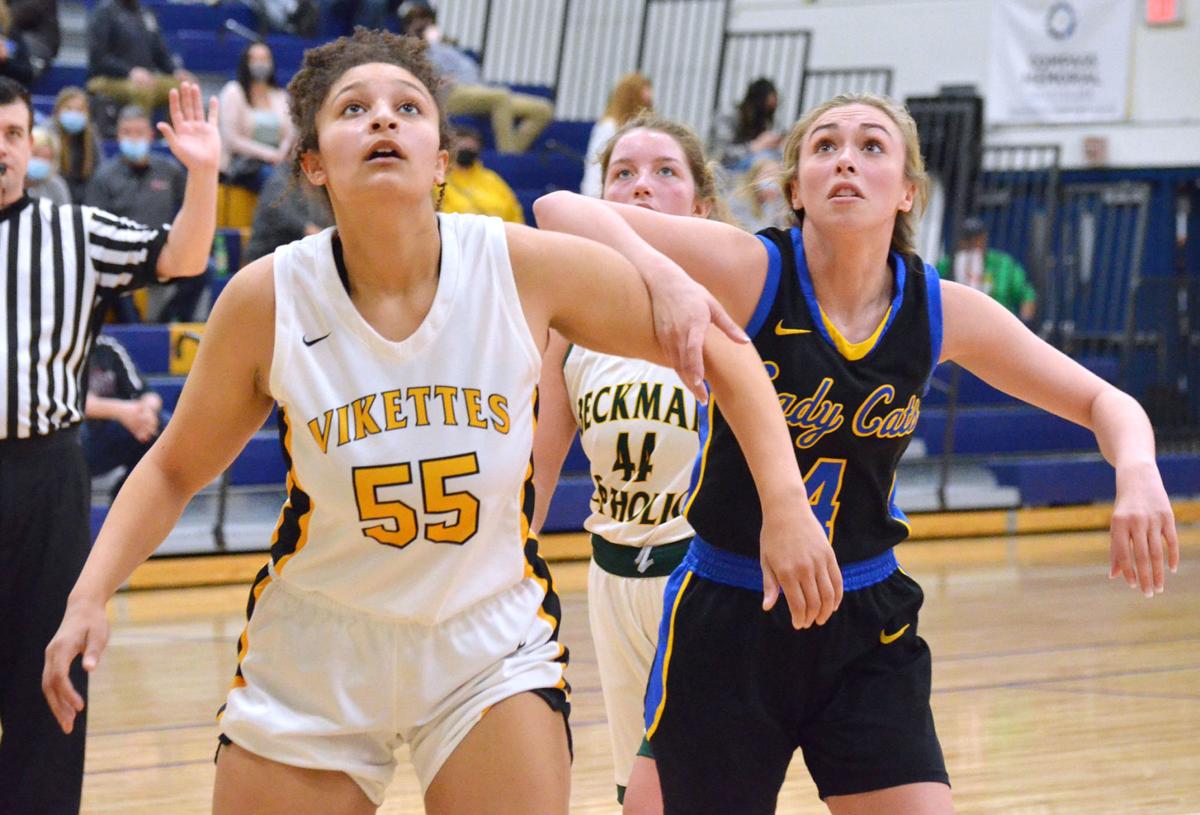 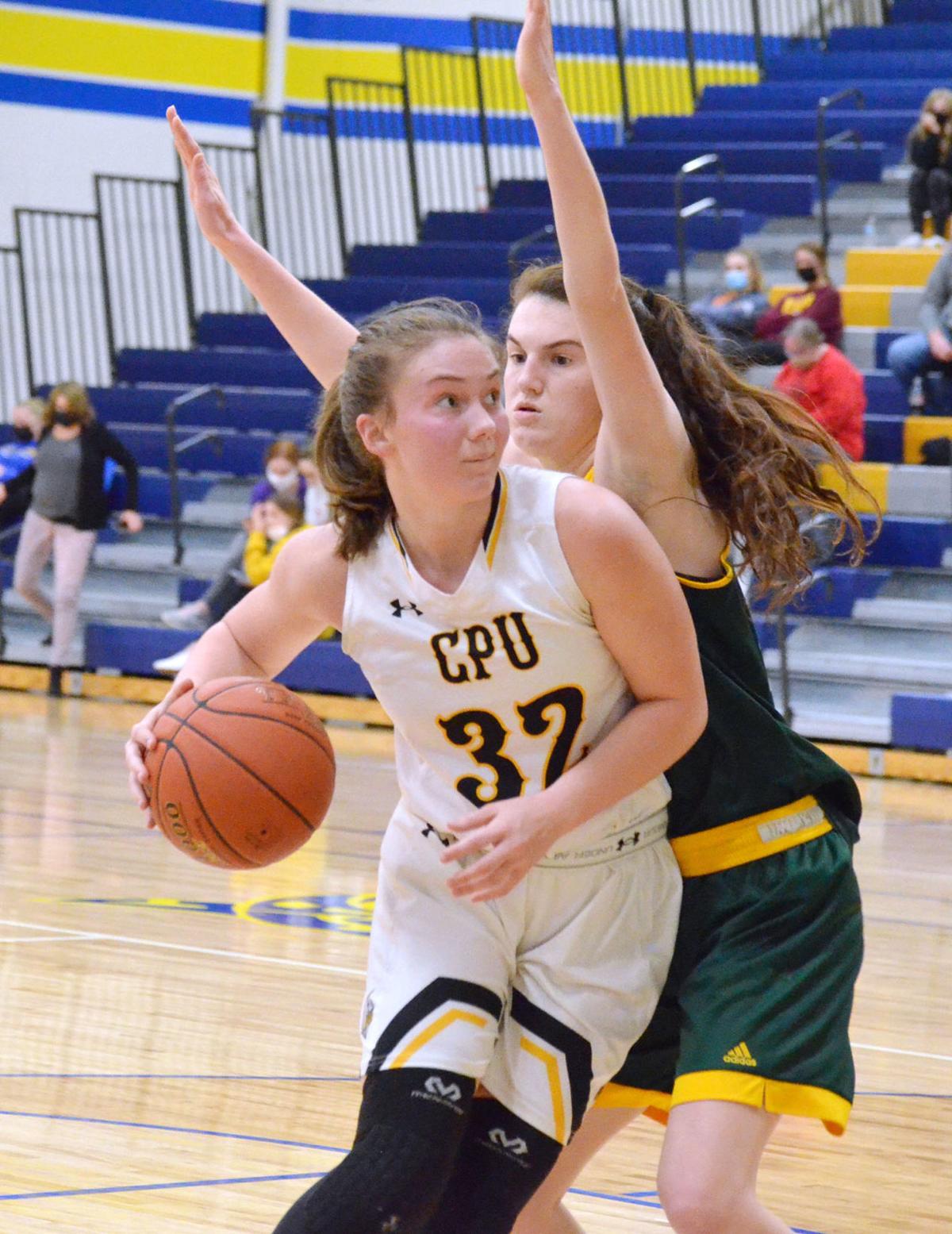 Central Point-Urbana’s Claire Neighbor drives to the basket during the 2021 WaMaC shootout Friday at Benton Community in Van Horne.

Vinton-Shellsburg’s Kayla Griffith battles for a rebound with Vikettes teammate Lucy Howes-Vonstein during the 2021 WaMaC shootout Friday at Benton Community in Van Horne.

Central Point-Urbana’s Claire Neighbor drives to the basket during the 2021 WaMaC shootout Friday at Benton Community in Van Horne.

Seconds after tipoff, the ball found its way to Vinton-Shellsburg’s Lucy Howes-Vonstein.

Nothing out of the ordinary for the Vikettes point guard.

As she walked the ball upcourt, a defender came up to meet her.

The defender wore a Vinton-Shellsburg road jersey, with the number 3. It was Kayla Griffith.

“I can’t believe I had to go against you,” Howes-Vonstein said to Griffith a few minutes after the girls WaMaC Shootout game ended Friday in Van Homme. “I didn’t appreciate being guarded by the best defender on Vinton’s team. Now I know why all the other teams have such difficulty with her.”

Both laughed, as did teammate Aza Swayzer and Benton Community’s Peyton Pfiffner. Howes-Vonstein, in turn, matched up against Griffith a handful of times during the girls game.

“I wanted you to guard me more,” Griffith quipped.

“Of course you did,” Howes-Vonstein retorted as the group laughed more.

It was just one of a handful of unique occurrences Friday as Griffith and Pfiffner’s Team Wapsi got the best of Team Cedar, 51-40, to end the careers of five area athletes.

“It’s hard to get a group of girls who have never played together, together,” Vinton-Shellsburg head coach Rich Haisman joked. “Especially when one gets there right at the start of the game. It’s hard to have an inbounds play or an offense, but it was fun to see them go out there and play.”

Team Wapsi fared slightly better on the roster count, with six players. The annual showdown is usually the WaMaC east vs west sides, but the West Division took up 10 of the 11 spots on game day.

Swayzer was just happy to be on the court. She missed the final seven games of her season because of injury, and wore a knee brace during the game. She joked about playing every second of action because her side was shorthanded

“Everybody was going really fast and I was like, ‘slow down,’” Swayzer chuckled. “But it was fun; I really liked it.

“I missed the last month of my senior season, so it was good to put on my jersey one last time.”

“Our strategy was to come out and when we got tired, just walk it up the court to let us get some breaths, but the other team kept running it up the court. That wasn’t to our advantage,” Howes-Vonstein said, smirking at Griffith.

“I think we just played like that naturally,” Griffith responded.

“It was a natural game speed,” added Pfiffiner. “I guess we weren’t as tired as them.”

Neighbor added a handful of rebounds and a couple steals to her output.

“I usually don’t do that in a game. It was my last game as a senior, and I just wanted to have fun,” she said. “I’ve played against Lucy and Aza since we were in elementary school, so it was fun getting to play with them, and the others.”

It rallied to cut a 35-7 deficit to 35-19 as Neighbor scored five and both Howes-Vonstein and Swayzer chipped in points.

A Howes-Vonstein putback put the score at 39-23, Wapsi, and a Neighbor bucket pulled them within 40-27.

But Griffith dropped in three points over two possessions to keep Cedar at bay and Team Wapsi never saw its lead cut to single digits.

“We fell behind really fast, but we kept playing hard,” Neighbor said. “We also just had fun with each other and got the chemistry going down. That’s what helped us get back into it.”

The Benton Community guard admitted it was strange to wear her road jersey in her own gym, but was just grateful for the chance to play.

“It’s an honor for any senior that gets to be a part of this,” Pfiffner said. “It’s one last game you get to play in your jersey.”

She, Griffith and Howes-Vonstein all participated in the 3-point contest.

“They were all unselfish, too,” Haisman said of his team, and Team Wapsi. “It’s just fun to watch good players play good basketball together. That was the most important thing, have fun and just play.”