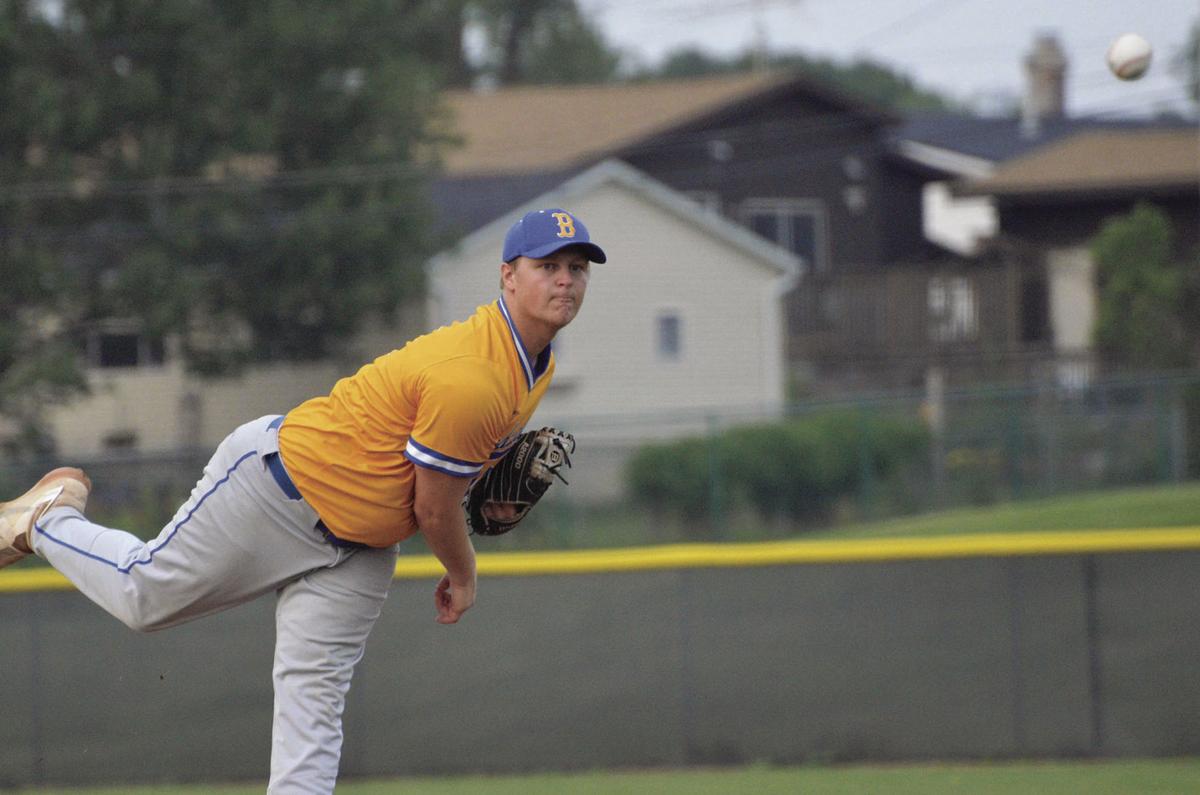 Benton Community’s Cade Timmerman pitches against Marion during the Class 3A Substate 6 championship Wednesday at Marion. 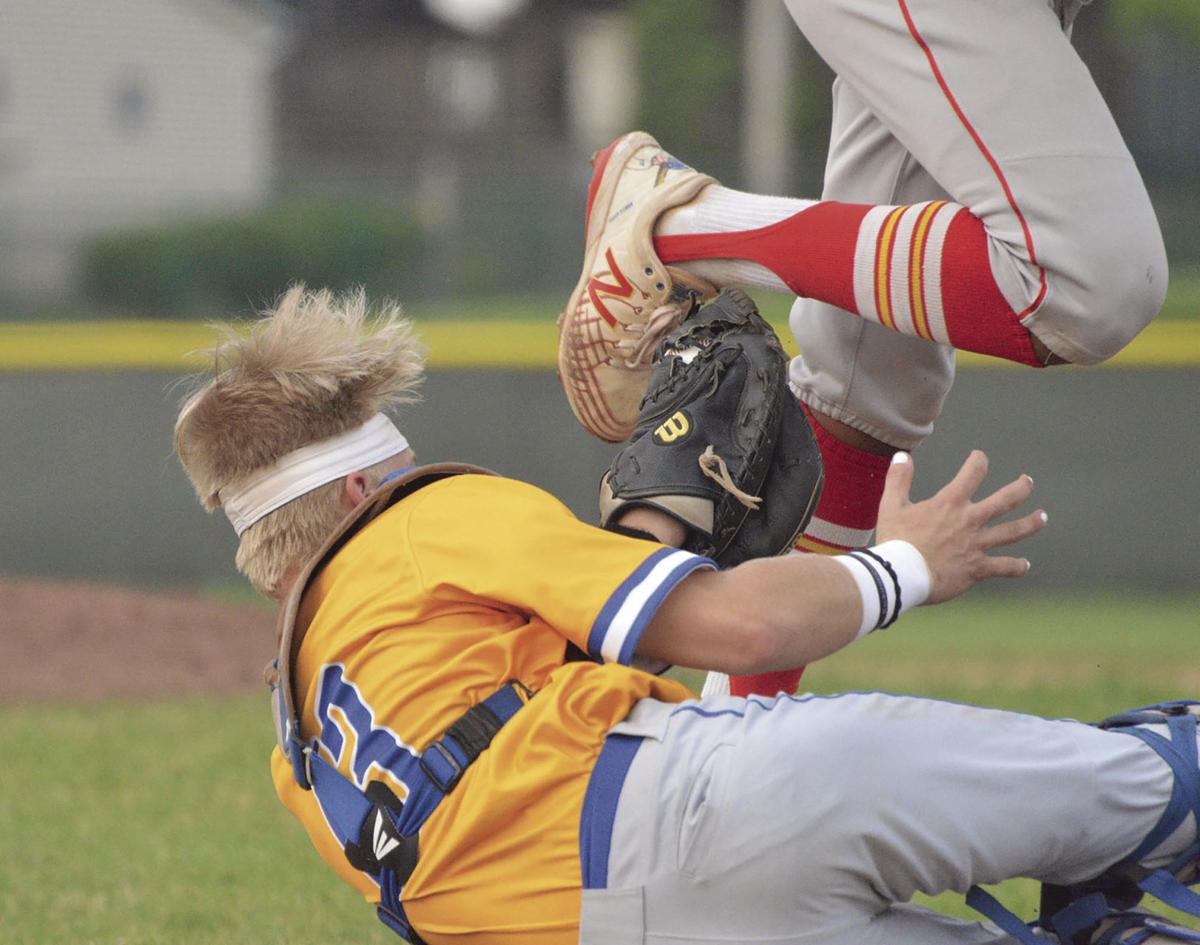 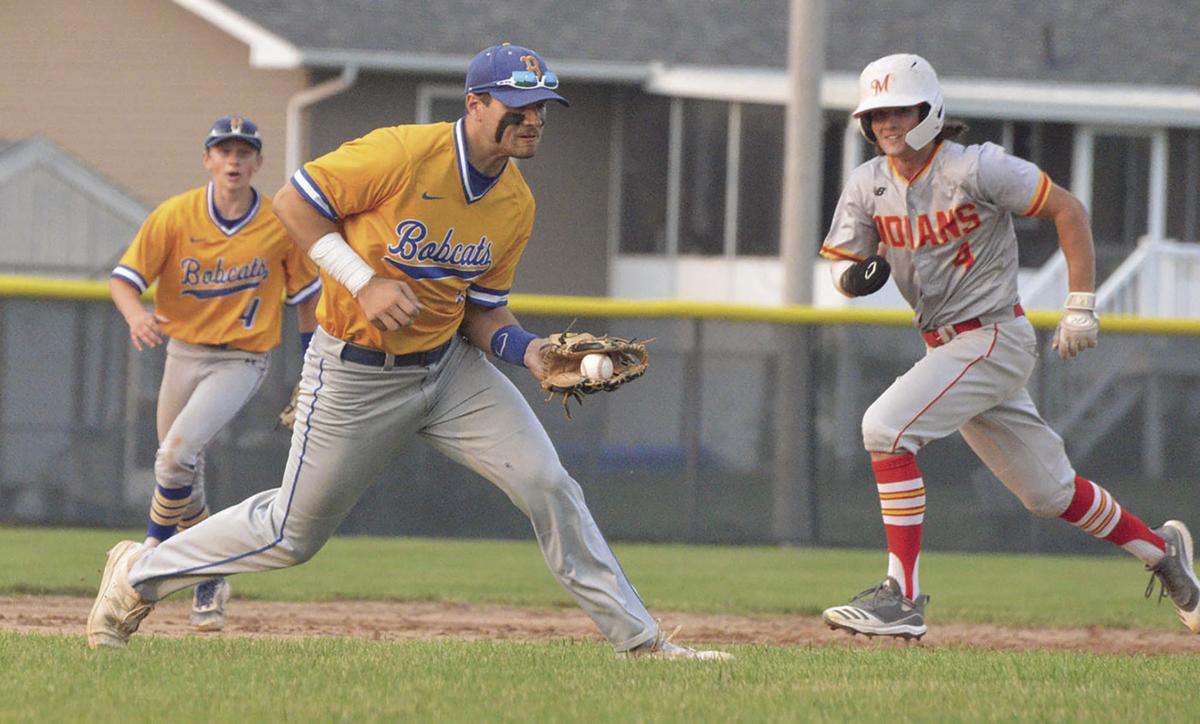 Benton Community’s Landen Schmuecker snags a ball against Marion during the Class 3A Substate 6 championship Wednesday at Marion. 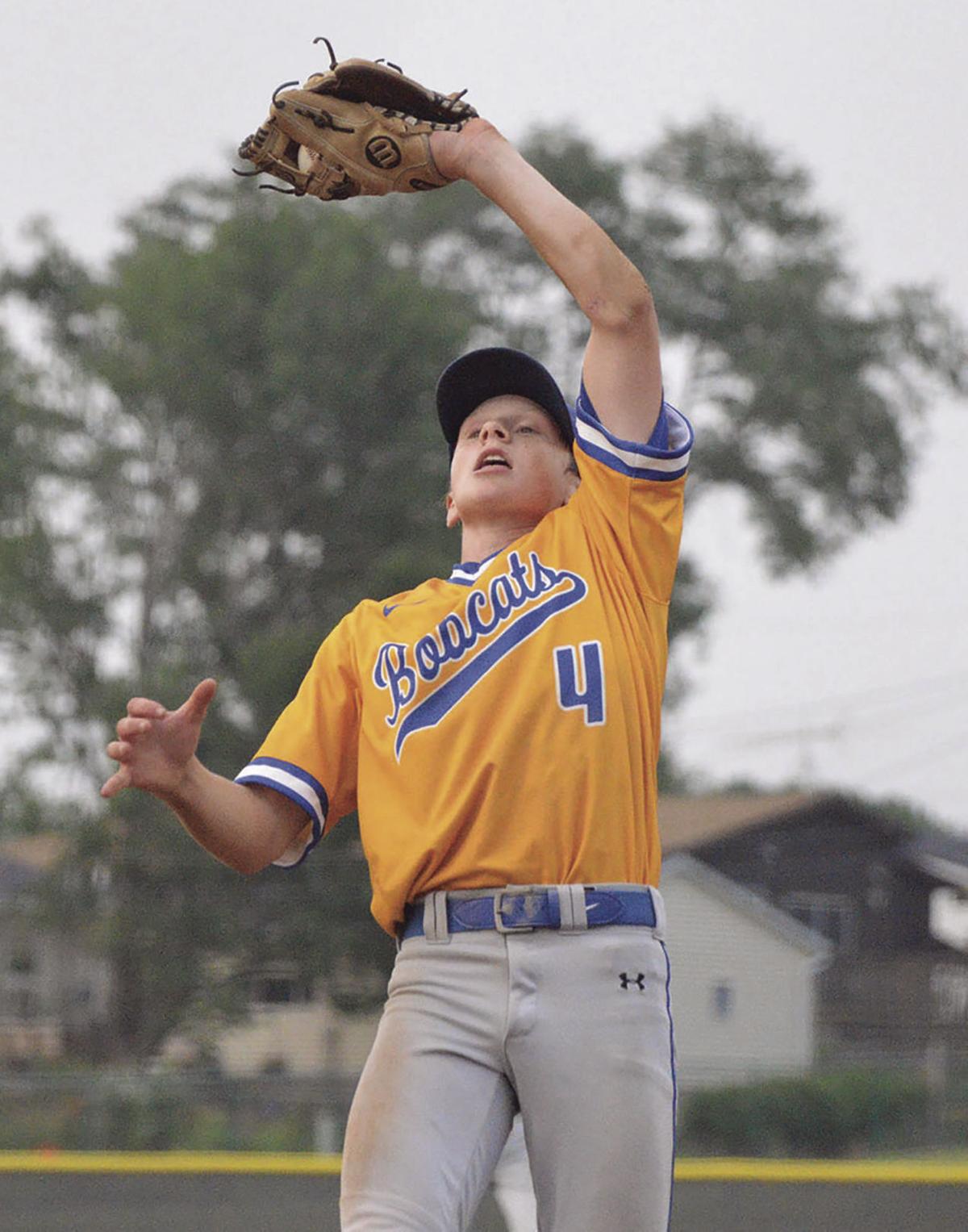 Benton Community’s Jordan Thys catches a pop-up against Marion during the Class 3A Substate 6 championship Wednesday at Marion.

Benton Community’s Cade Timmerman pitches against Marion during the Class 3A Substate 6 championship Wednesday at Marion.

Benton Community’s Landen Schmuecker snags a ball against Marion during the Class 3A Substate 6 championship Wednesday at Marion.

Benton Community’s Jordan Thys catches a pop-up against Marion during the Class 3A Substate 6 championship Wednesday at Marion.

MARION — Is it the destination, or the journey?

Derek Anderson, Aiden Albertsen and Cade Timmerman — Benton Community’s head coach, senior catcher and senior pitcher/shortstop — all gave a nod to the latter shortly after the Bobcats season came to an end with a 14-1, five-inning loss to WaMaC foe Marion in the Class 3A Substate 6 championship.

“The journey, man, it’s crazy,” Albertsen said. “Nobody thought we’d get this far, you know? Getting here is amazing. I wish we would have won tonight, though.”

The No. 6 seed’s road to the title game included a 9-5 win at Ballard and then an 8-3 win at North Polk. Benton (14-23) found itself leading the Bombers 9-1 at one point and roared out to an 8-0 lead against the Comets. The Bobcats played from under .500 for much of the season but won five of their last 11 games to extend a streak of double-digit victory seasons to at least 13 consecutive.

“It’s one of those things. We gave ourselves a shot to play here tonight,” Anderson said. “Marion is the No. 1 team in the state for a reason, and we didn’t get off to a great start.”

The No. 1 team in 3A got to Timmerman early, posting six runs in the first inning and nearly ended it in the third with a seven-run frame for a 14-0 advantage.

The Indians (34-6) bested the Bobcats during the conference doubleheader but won by three total runs with scores of 4-3 and 10-8.

They came out from the start hot, collecting three consecutive singles and a two-run double from freshman shortstop Myles Davis off Timmerman, Benton’s senior hurler who entered with a 3-3 record and a mid-3 earned-run average.

Kaden Frommelt grounded out to plate another run and Davis was called safe on a fielder’s choice for a 4-0 score.

Timmerman walked Jake Trca and gave up a single to Jaqson Tejada to load the bases again, but got the second out when Ryan Paulsen’s grounder to senior third baseman Landen Schmuecker was tossed home to get Frommelt at the plate.

When Benton finally came back into their dugout, they trailed 6-0.

“Their leadoff hitter is a really, really, really good hitter,” Timmerman said. “I respect Gage (Franck) a lot. He had a good hit, then it was a bloop single here, another good hit and the big double. Throw in a walk or a missed play and that’s all it takes for six runs.

“All those little things combined. You have to eliminate the little stuff, but sometimes you can’t.”

The Bobcats put a runner on against Marion ace Boede Rahe, who came in with a 9-0 record and a sub-0.90 ERA, in the second after Albertsen singled. Courtesy runner Dillon Kerkman was stranded as Rahe recorded two punchouts and a popup to close the threat.

The Indians recorded one strikeout in every inning and two apiece in the first, second and fourth. Rahe struck out three in the fifth around a Cael Kaestner single and a Timmerman walk for 10 in the game and 92 on the year.

Benton got its run in the top of the fourth, shortly after Thys induced a bases-loaded popup for the third out to avoid a 15-0, three-run blanking.

In a rare miss, Rahe plunked Easton Patterson. Schmuecker’s sharp single to right was misplayed off the ground by Marion’s Lucas Unsen on the hop, which allowed Patterson to score. Schmuecker was stranded at second.

“Playing from behind is pretty tough, especially in the postseason,” Albertsen said. “You just have to stay positive, try to keep chipping away.”

Timmerman went 2 1/3 innings on the mound and allowed 11 hits, one walk and eight earned runs. Thys pitched 1/3 of an inning, giving up one hit, one walk and four unearned runs, and Lane Kaestner punched out two and gave up one hit in a scoreless fourth.

“What else can you say about Cade?” Anderson said. “Five-year starter; he’s definitely the leader of our team. He sets the example.”

“Aiden is a guy who blossomed this year. Maybe got 30 at-bats as a sophomore, maybe got 5 or 10 last year. The transformation he made is a credit to him — he hit the weight room and the cage and put in the time working on his swing.

“It’s a great story with him and what he did to become our leader behind the plate.”

“Landen moved over from second because we had a need,” Anderson said. “He learned it and you could see him game by game get more comfortable with that (spot). And what a tremendous hitter.

“I was happy to see him and Aiden get hits there to end their careers.”

Periods of rain. High 49F. Winds ENE at 15 to 25 mph. Chance of rain 100%. Rainfall near a half an inch. Locally heavy rainfall possible.

Cloudy and windy at times with periods of rain. Potential for heavy rainfall. Low 39F. Winds NNE at 20 to 30 mph. Chance of rain 100%. Rainfall may reach one inch.