You are the owner of this article.
Edit Article Add New Article
You have permission to edit this article.
Edit
Welcome, Guest
Home
News
Sports
Obits
Lifestyle
Multimedia
Classifieds
Marketplace
Share This
1 of 5 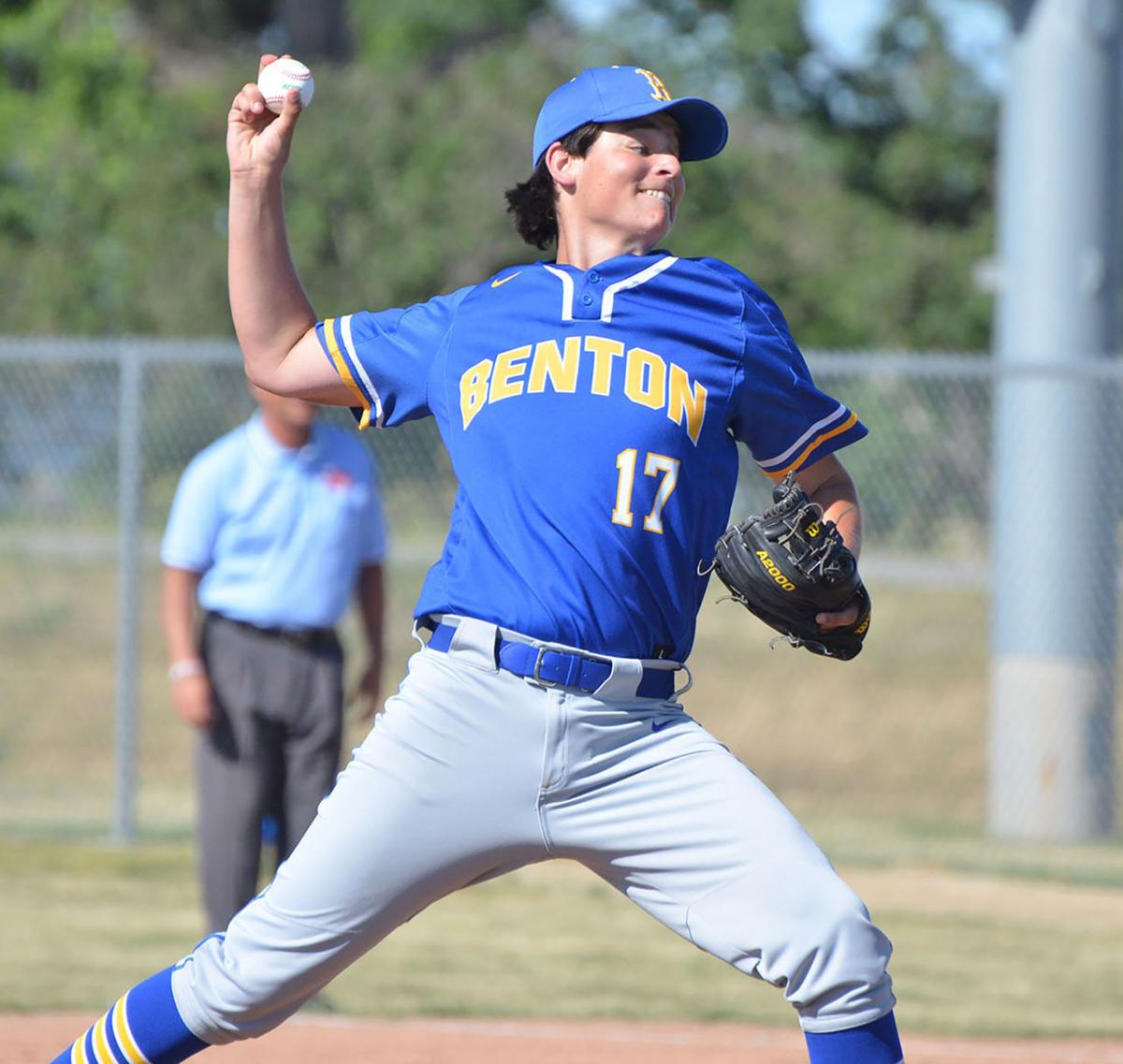 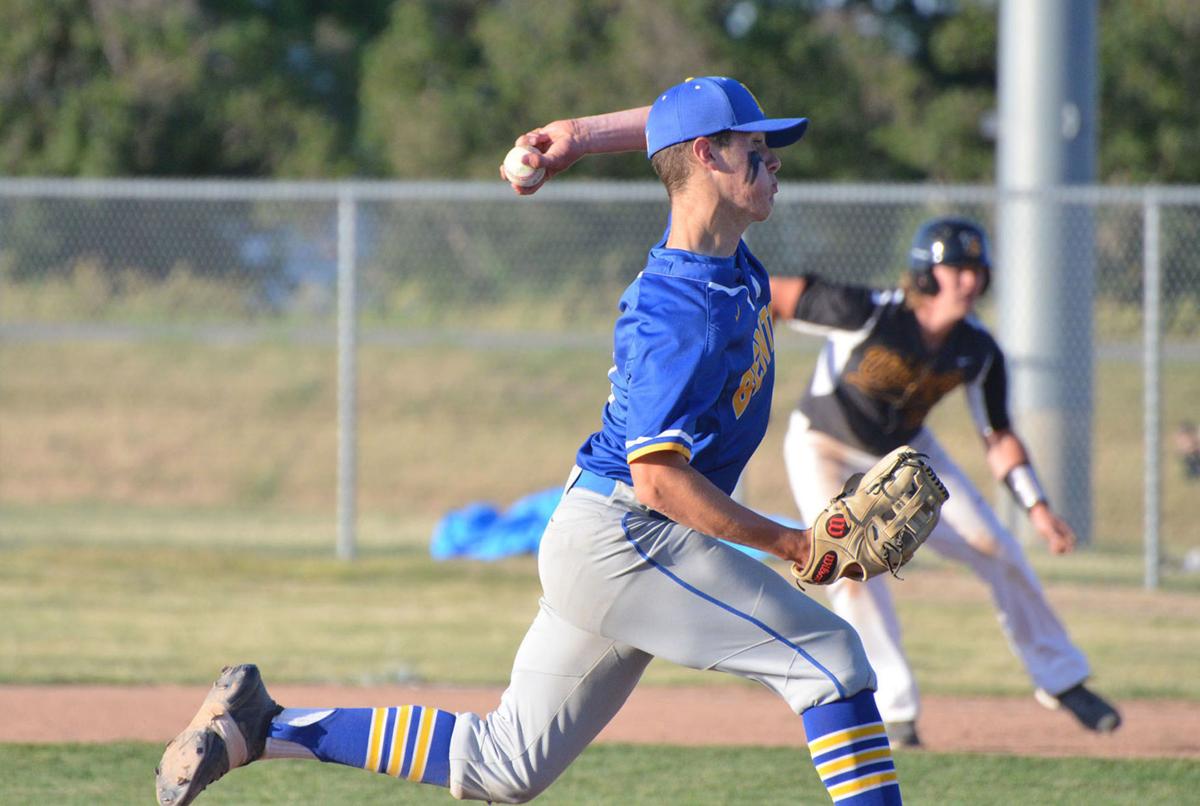 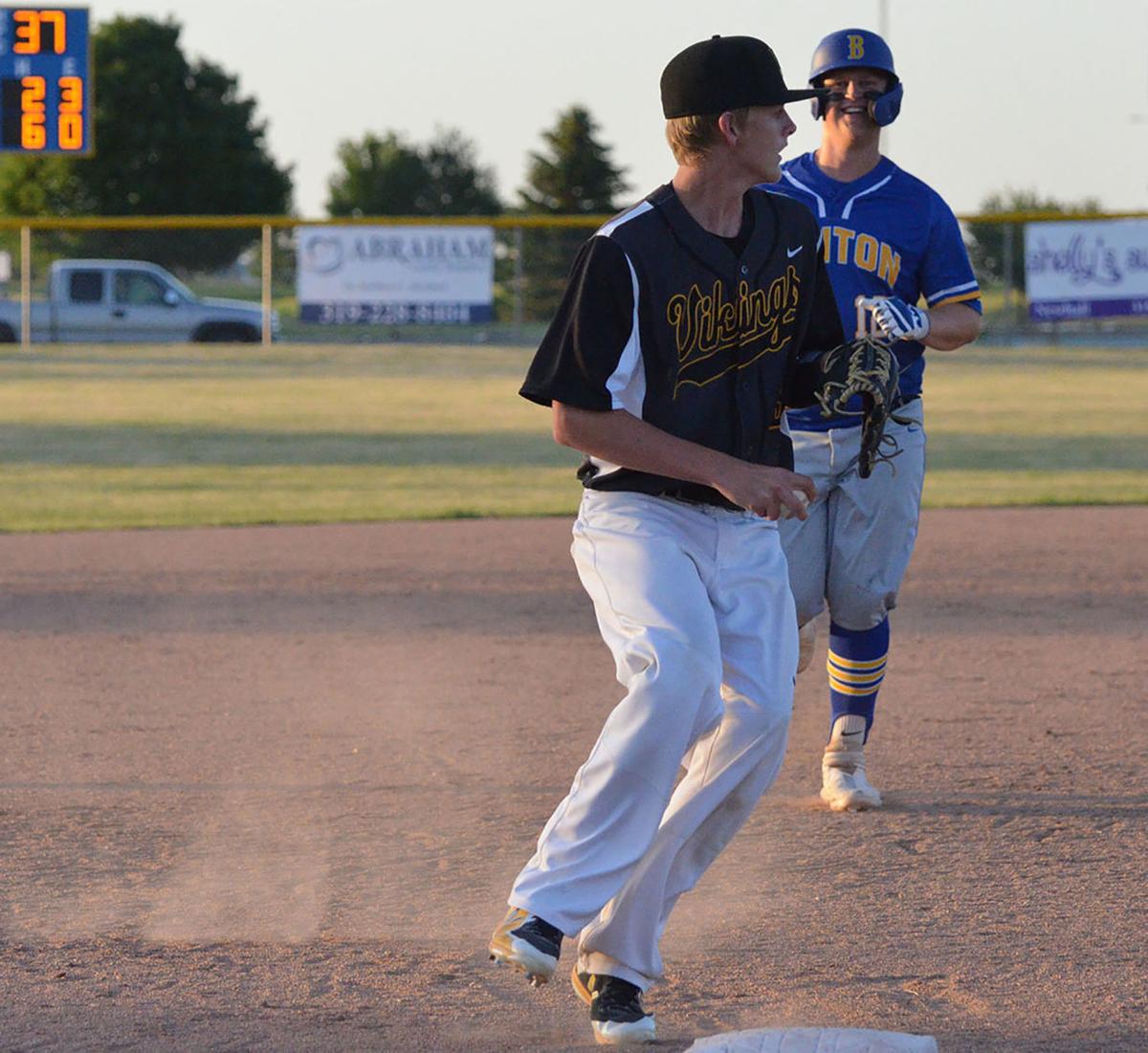 Vinton-Shellsburg’s Reese Truax goes to third for a forceout during a WaMaC doubleheader against rival Benton on Monday in Van Horne. 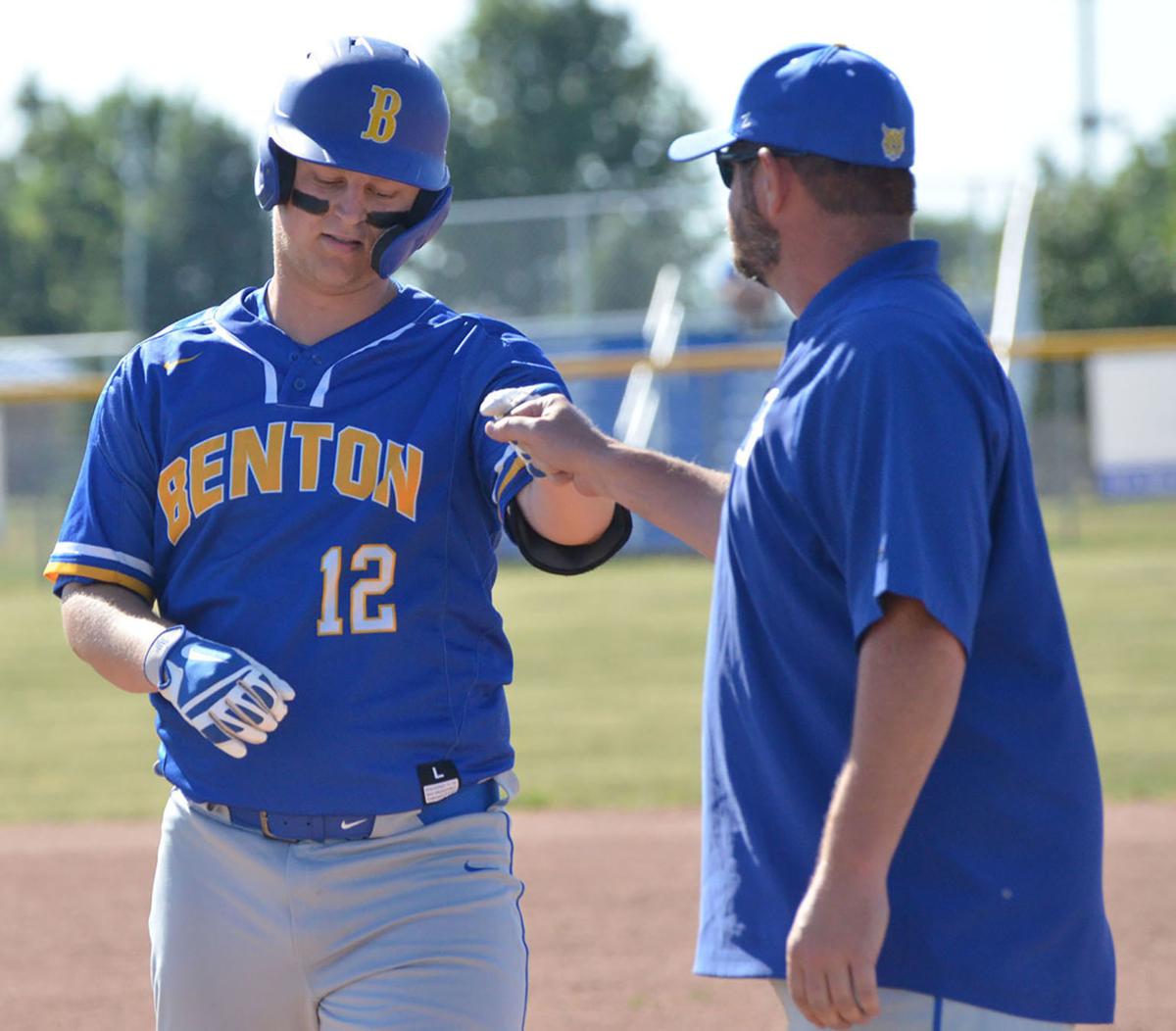 Benton Community’s Cade timmerman is congratulated on an RBI single during a WaMaC doubleheader against rival Benton on Monday in Van Horne. 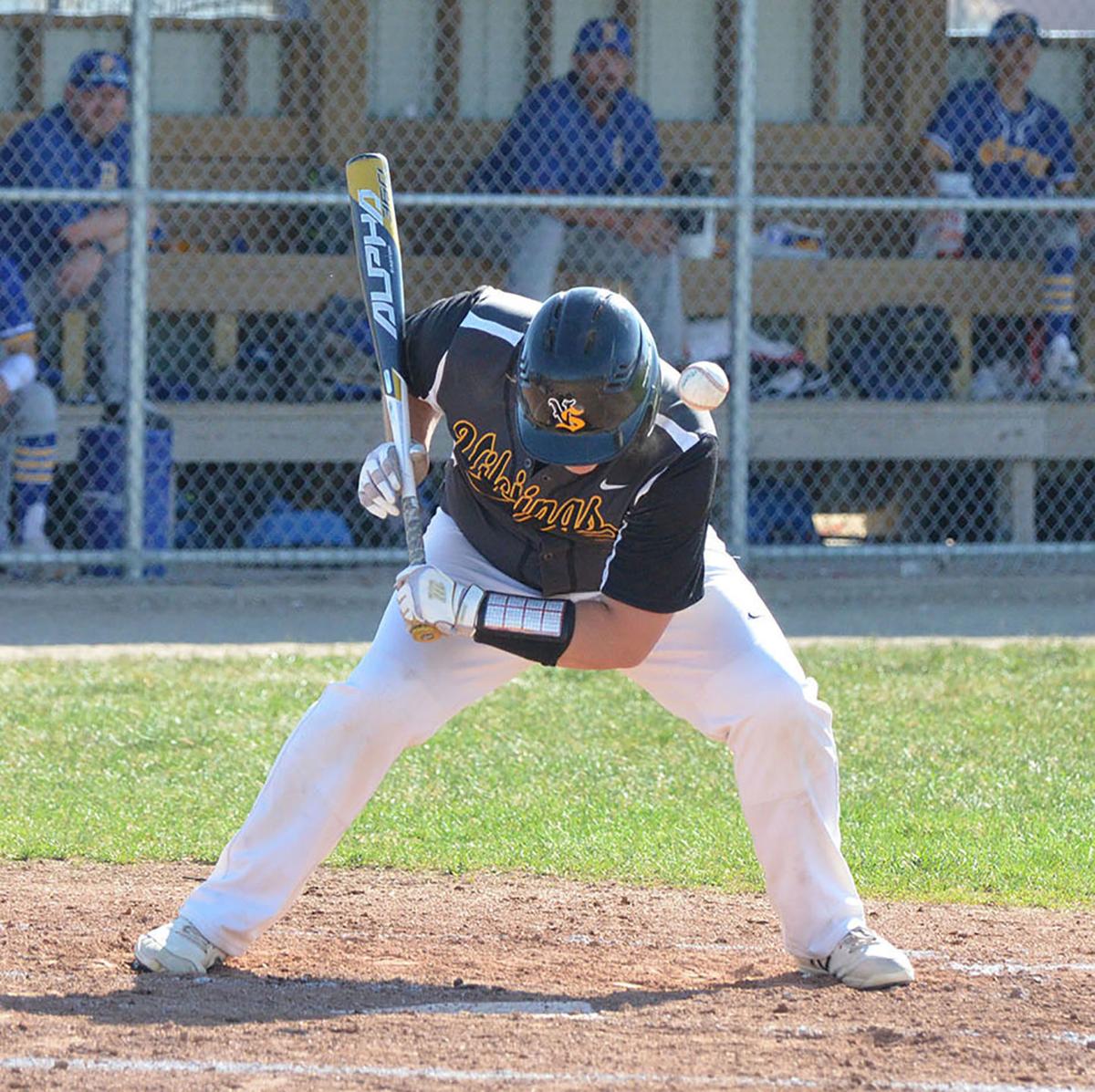 Vinton-Shellsburg’s Travis Hantz is hit by a pitch during a WaMaC doubleheader against rival Benton on Monday in Van Horne.

Vinton-Shellsburg’s Reese Truax goes to third for a forceout during a WaMaC doubleheader against rival Benton on Monday in Van Horne.

Benton Community’s Cade timmerman is congratulated on an RBI single during a WaMaC doubleheader against rival Benton on Monday in Van Horne.

Vinton-Shellsburg’s Travis Hantz is hit by a pitch during a WaMaC doubleheader against rival Benton on Monday in Van Horne.

Another submission: Pitching is contagious.

Benton Community ascribed to both during a WaMaC doubleheader against Benton County rival Vinton-Shellsburg on Monday. The Bobcats swept the doubleheader, 11-1 and 12-2, and won the series, 3-0.

Benton’s 1-2 punch of Lane Kaestner and Easton Patterson picked up where teammate Zane Frese left off Friday against the Vikings as each threw a complete-game and they combined for 13 strikeouts.

“We just had to go in with the mentality of throwing strikes,” Patterson said after allowing four hits and three walks on 69 pitches in five innings.

“That’s what we struggled with last week — we walked too many guys and (today) showed that if you throw strikes, you’re going to win games.”

Added Kaestner, “My mindset was just fill it up in there, let my ‘D’ work. I was confident in my defense, trust them all that they’ll make the plays that need to be made.”

Kaestner allowed seven hits over six innings in the opener and hit a batter. He struck out eight and watched his defense pick up everything else.

“Both Lane and Easton did a tremendous job of finding the strike zone and pitching to contact and disrupting timing with hitters,” head coach Derek Anderson said. “That’s what pitching is about. It’s not about striking guys out necessarily, just about getting your pitch over. That’s what they both did.”

A two-out single from Curtis Erickson pulled the game 1 score within 4-1 and Ethan Rollinger followed with a single but Kaestner induced a flyout.

The Vikings also had two on with two outs in the fourth but ended with a strikeout.

In the second game, Vinton-Shellsburg left a runner at second with a pair of groundouts back to Patterson in the third inning.

The Vikings also loaded the bases against Patterson in the fourth on an infield single and two walks with no outs but couldn’t get a run home.

Patterson coaxed an infield fly to shortstop and consecutive strikeouts.

“We missed a big opportunity when their pitcher battled and came back at us pretty good and shut us down,” Robertson said of that fourth inning. “We had seven, eight hits the first game we just couldn’t get any runners in. Just like last time (we played Friday) — had runners in scoring position and couldn’t get that timely hit again.”

Patterson seemed nonplussed about the trouble.

“I knew that if I kept filling it up, we were going to get outs,” the pitcher said. “My mentality is always ‘I’m better than the hitters.’ When you believe that, things happen.”

Both Benton pitchers were aided by an offense that found its groove early and kept pushing the gas in the mercy-rule wins. The Bobcats were 19 for 50 with and took advantage of eight walks and eight batters being plunked.

“We were able to put consistent pressure on them,” Anderson said of the run explosion.

“Friday we had too many lazy fly balls (in a 4-1 victory against V-S) ... We were hitting line drives, we were hitting hard ground balls. That was our gameplan coming in, and we took advantage of that.”

“You just feel comfortable up there, knowing that if you mess up a little, your team has you from the offensive end,” Kaestner said. “Go back in the dugout and hit some more if you need to.”

The Vikings avoided a second-game shutout when Brooks Erickson doubled in Quinn Cornell and later scored himself.

Brooks Erickson was 4 for 6 and Cornell went 3 for 6 for Vinton-Shellsburg, which has lost 36 consecutive games.

“I don’t know (what it’s going to take),” Robertson said. “We’re going to have to come out and play a complete game. We have to get somebody to find that base hit for us that will put us over the top, I guess.”

The Bobcats fell 4-0 at powerhouse Grinnell on Tuesday. Casey Gallagher and Schmuecker both doubled and Albertsen singled and drew a walk.