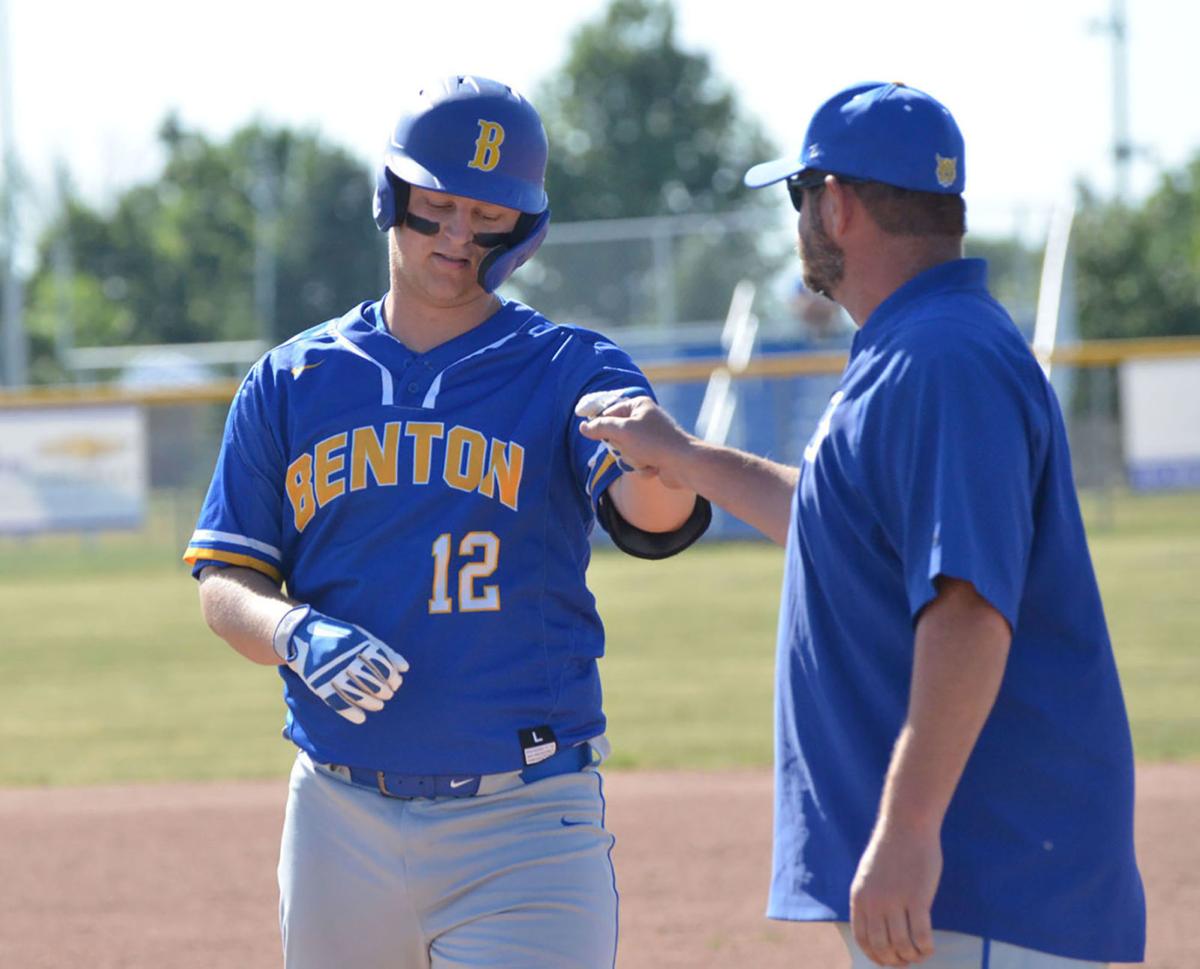 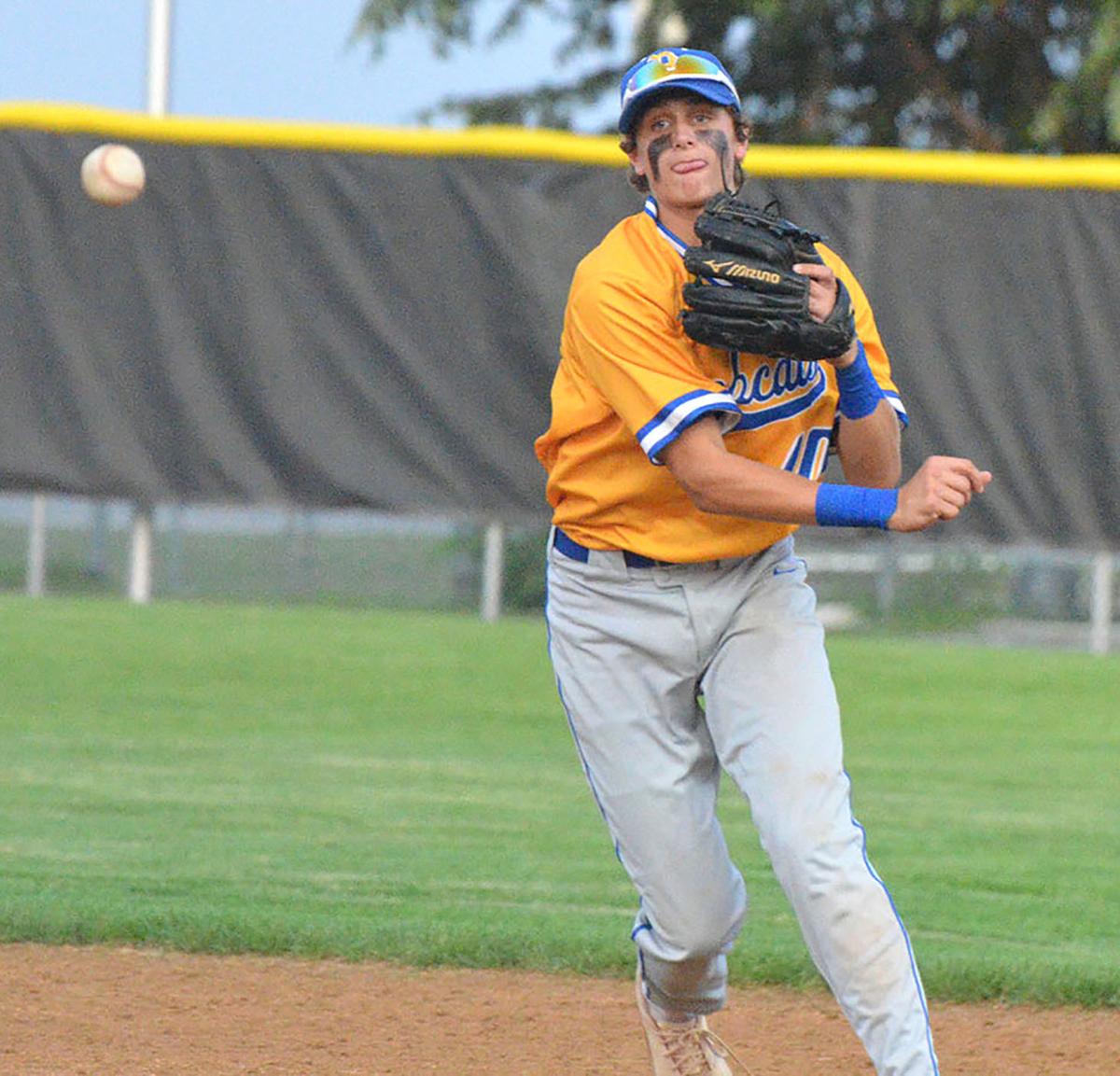 Others had a better average or more power numbers.

A few collected more wins or more strikeouts or a lower earned-run average.

Benton Community senior Cade Timmerman, however, was acknowledged as the WaMaC West Player of the Year in 2021.

The Bobcats went 9-15 in league play, finishing 11th overall and fifth in the division. Voting was done by coaches and took into account conference-only statistics.

“I was kind of shocked,” Timmerman said. “My numbers — I went back with some of my friends and looked at my WaMaC stats and I didn’t realize how good my stats against the conference really were.

“It’s definitely an honor. There’s only one person who gets it, so obviously it’s very, very special to me, especially my senior year. It’s nice to get recognized by the WaMaC coaches because I had a pretty good season.”

Timmerman was named first team infielder alongside the overall honor. The shortstop batted .403, tied for fifth in the West, with 27 hits in 67 at-bats. He drove in 21 runs, fourth-best in the division, with five doubles and two home runs. He walked 11 times and was hit three times.

“I think it’s the second year each division has had a player of the year, if I remember right,” head coach Derek Anderson said. “Cade was able to get that honor and it’s a great award.

“There are a lot of quality teams and quality players in the West, and a number of players were put up for that honor. He was the one they selected, and it’s an awesome achievement for him.”

Anderson “didn’t hesitate” to nominate Timmerman, who closed his five-year career with the league award and an IHSBCA Class 3A All-District Northeast honorable mention selection at the utility spot.

Timmerman’s biggest change this season came in his leadership role. The senior was one of just two returning starters and noticed quickly he’d have to increase his vocal role.

“I had to lead by more than just example — I had to lead with my words and help out a lot of the younger guys,” he said. “I spent a lot of time with our middle infielders (working as a pitcher) because it was both their first years on varsity and I knew it was something I had to do to help us out as a team.”

His leadership role was modeled after his coaches — firm, but relaxed.

“Some coaches and players like to coach or lead by force or whatever and that’s how they want to do it,” Timmerman said. “I like coaches who show more than yell and have more fun with it, and I don’t like yelling.

“Playing baseball is really fun, and you don’t have to take it too serious. You just get your work done.”

“If you look at our district — Waverly-Shell Rock (went) to state, Xavier (went) to state, Wahlert (went) to state, Marion is in the state tournament,” the coach said. “Getting on that team is phenomenal. There is going to be a lot of first team and second-team all-state guys coming out of our district. That’s a pretty great honor for him, that nomination.”

Timmerman was the only first-teamer, but sophomore second baseman Evan Daugherty and sophomore outfielder Easton Patterson were named to the second team.

“That’s tremendous for anybody, and he’s a sophomore. It was really great to see him get honored,” Anderson said of Daugherty’s average. “Evan had a really good year at second base. He fielded pretty well for us and his numbers were up there defensively with anybody else in the conference at that position.”

Patterson floated between the infield and outfield and was placed in the outfield after hitting .324 (22 for 68) with 15 runs scored, 15 walks, 12 RBI and four doubles.

“It’s a nice honor for him. He’s worked hard, like all our guys,” Anderson said. “We had a lot of confidence in him no matter where we put him, infield or outfield.”

“It was a nice way for them to cap off their senior careers,” Anderson said. “They were a big part of our success, especially Aiden coming in as catcher.

“Our conference was a really good conference, and I think we showed that off in the postseason.”

Partly cloudy this evening, then becoming cloudy after midnight. Low 46F. Winds SE at 10 to 20 mph.