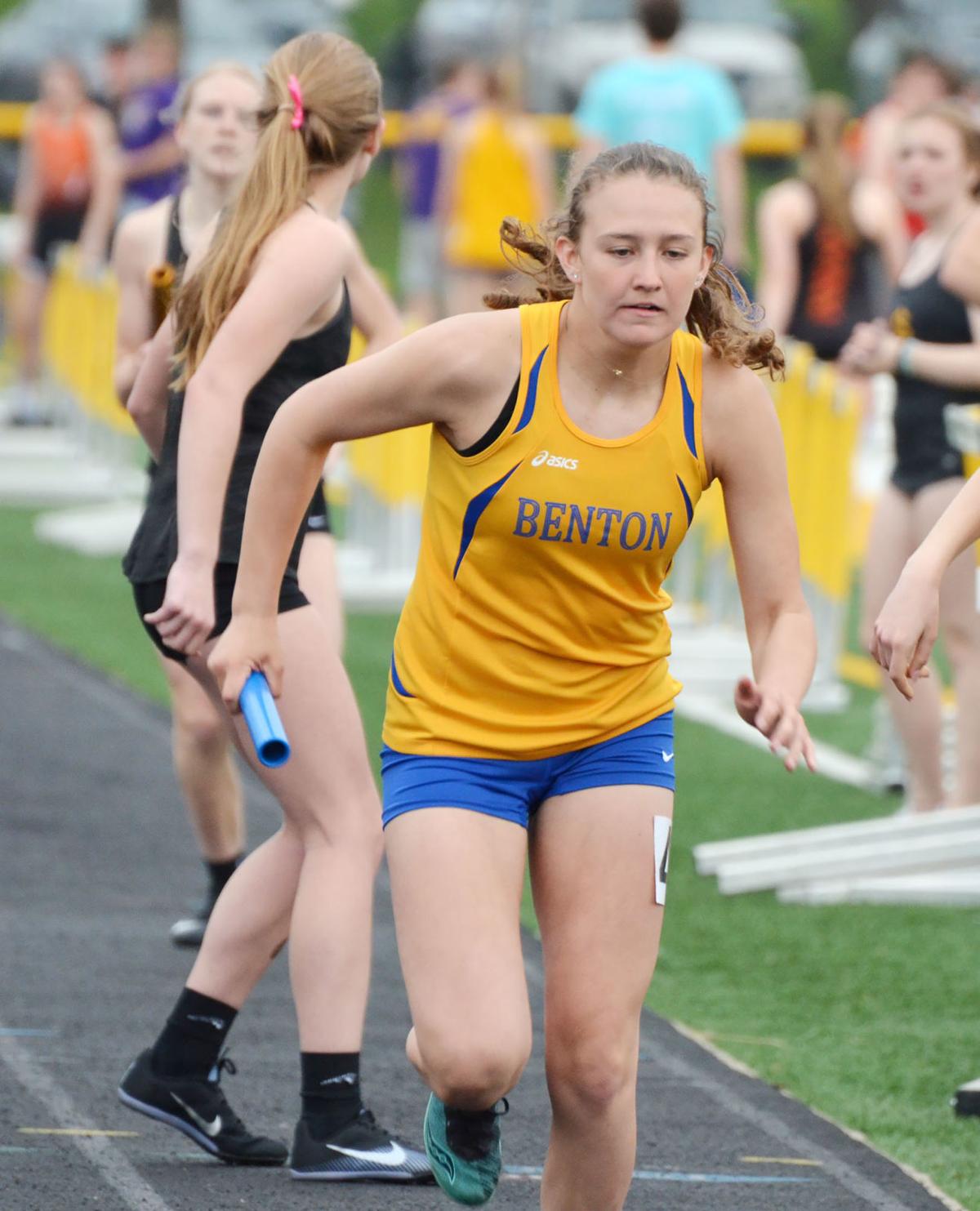 Benton Community’s Jaida Lyons begins the final leg of the distance medley relay during the Vinton-Shellsburg Co-Ed Relays on Tuesday. 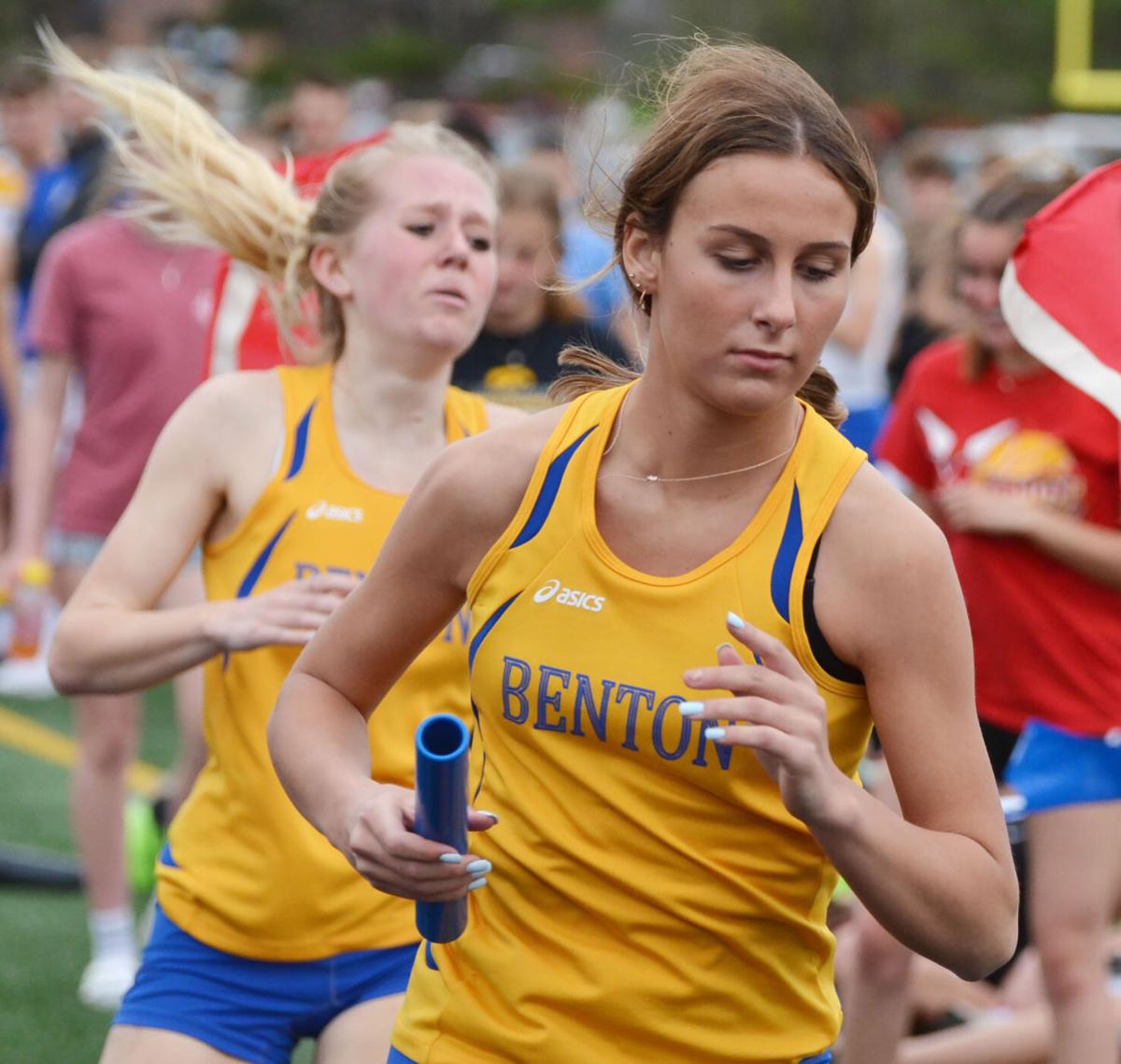 Benton Community’s Jaida Lyons begins the final leg of the distance medley relay during the Vinton-Shellsburg Co-Ed Relays on Tuesday.

Jaida Lyons won the 1,500 run (5:28.7) by 21 seconds, Hope Moore was runner-up by fourth-hundredths of a second (11.94) in the 100 hurdles and a deep distance crew helped push three separate relays into second place as the Bobcats accrued 71 points to place fifth.

“I think all of my team was especially excited for the nice weather we had, and everybody knew we were going to have a great night dropping some times in races,” Moore said. “I think the team did very well last night and I think that all of us are excited for the future and we know we are only going to get better.”

Lyons anchored the distance medley relay and Hailee Ricklefs placed third (2:39.72) in the 800 and was on multiple relays, as was Abby Rinderknecht and Delaney Lohrer.