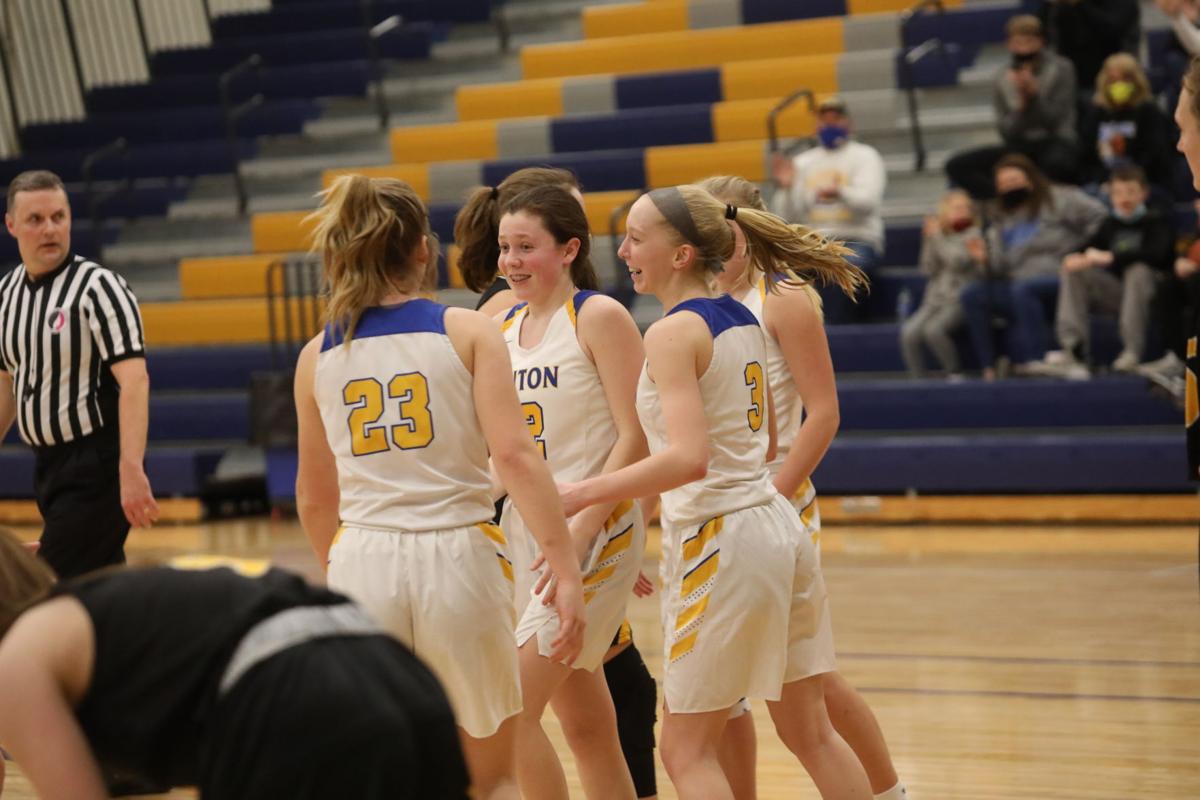 Benton freshman McKenna Kramer celebrates a big three against CPU late in the fourth quarter to tie Tuesday’s game. The Bobcats would go on to win 50-47 in overtime. 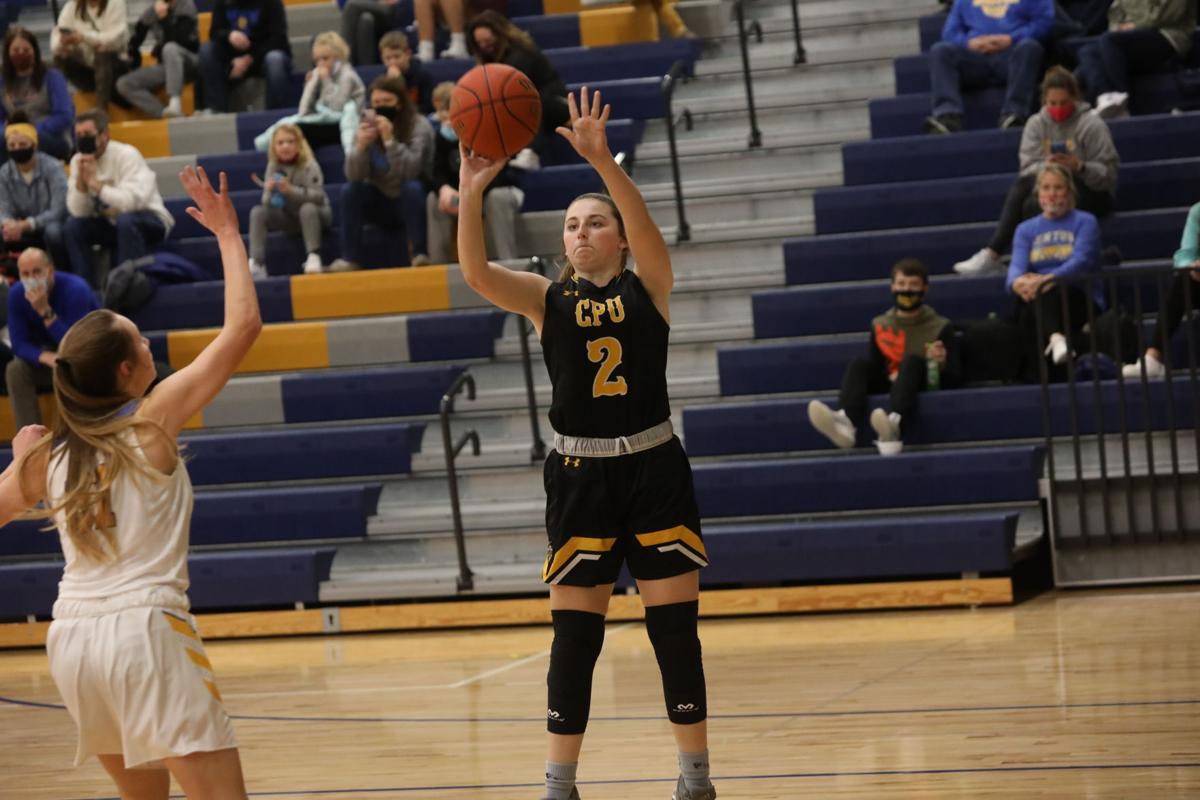 CPU sophomore Tayler Reaves puts up an open three from the corner against Benton on Tuesday.

Benton freshman McKenna Kramer celebrates a big three against CPU late in the fourth quarter to tie Tuesday’s game. The Bobcats would go on to win 50-47 in overtime.

CPU sophomore Tayler Reaves puts up an open three from the corner against Benton on Tuesday.

There are not boring nights when WaMaC girls basketball is in play, and Benton proved just that fact as they held fast against fourth-ranked Center Point-Urbana in an overtime 50-47 win on Tuesday for their first victory over the Stormin’ Pointers in nearly nine years.

“It’s a great win for our team,” freshman Emma Townsley, one of the heroes of Tuesday’s win. “We all worked hard and executed what Coach told us to do when we needed to.”

“We didn’t control runs very well back in December and [CPU] definitely can go on runs in a hurry,” Benton coach Jeff Zittergruen said. “I’m really proud of how the girls responded to a challenge tonight and rose to that challenge.”

CPU opened with a 10-2 run, catching the Bobcats ball watching and outhustling Benton on the boards early. It wouldn’t be until the second quarter that the Bobcats would truly flex the defensive muscle and find open looks to grind at the deficit. Turnovers began to pile up early for the Stormin’ Pointers, yet they would go into the locker room with a 29-24 lead at halftime.

“Our girls jumped on them pretty quick and then got a little complacent,” CPU coach Philip Klett said. “I wasn’t happy with our defense allowing too many good looks for Benton. We’d have a lot more offensively if we’d quit turning the ball over.”

When Benton needed a bucket, sophomore Jenna Twedt had it in the second half, but foul trouble mounted for the Bobcat point guard and freshman McKenna Kramer wasn’t seeing her threes fall in. Down 43-39, Kramer’s aim and timing were perfect to hit a big triple and draw a foul, leading to a tie ball game.

“I know I’ve been struggling with my confidence shooting lately,” Kramer said. “I just wanted to shoot how I was earlier this season. It felt amazing to see that shot go in.”

One last shot at the buzzer would not fall in for the Bobcats and the game went into overtime 43-43. Benton’s situation was further complicated when Twedt picked up her fifth foul, finishing with 19 points. Another three by Kramer and a drive to the basket by junior Grace Embretson gave the Bobcats their first lead of the game with 28.8 seconds left. Townsley suddenly found herself on the foul line and hit the back end of her free throws. Moments later, Townsley got a steal and fouled again to help seal the Bobcat’s momentous win.

“I knew where the clock was at and knew what I needed to do,” Townsley said. “This was a great team win. I feel good.”

Benton (9-4) will play on Friday to Williamsburg, who also pulled off their own overtime win over Clear Creek-Amana on Tuesday to further complicate the WaMaC West standings. The Bobcats will take a break from conference play to host Union on Saturday.