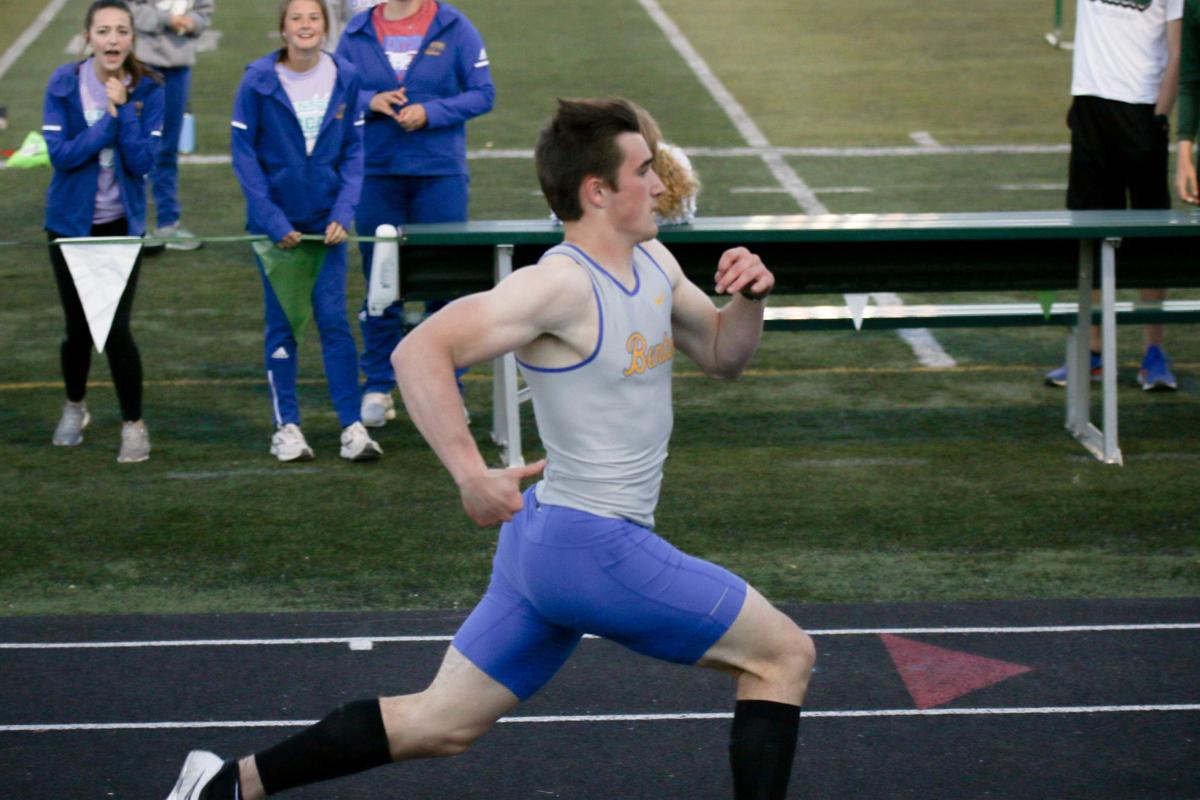 Benton junior Jacob Brecht will run in four events at State, including the open 100 and 200 individually, the 4x2 and sprint medley. 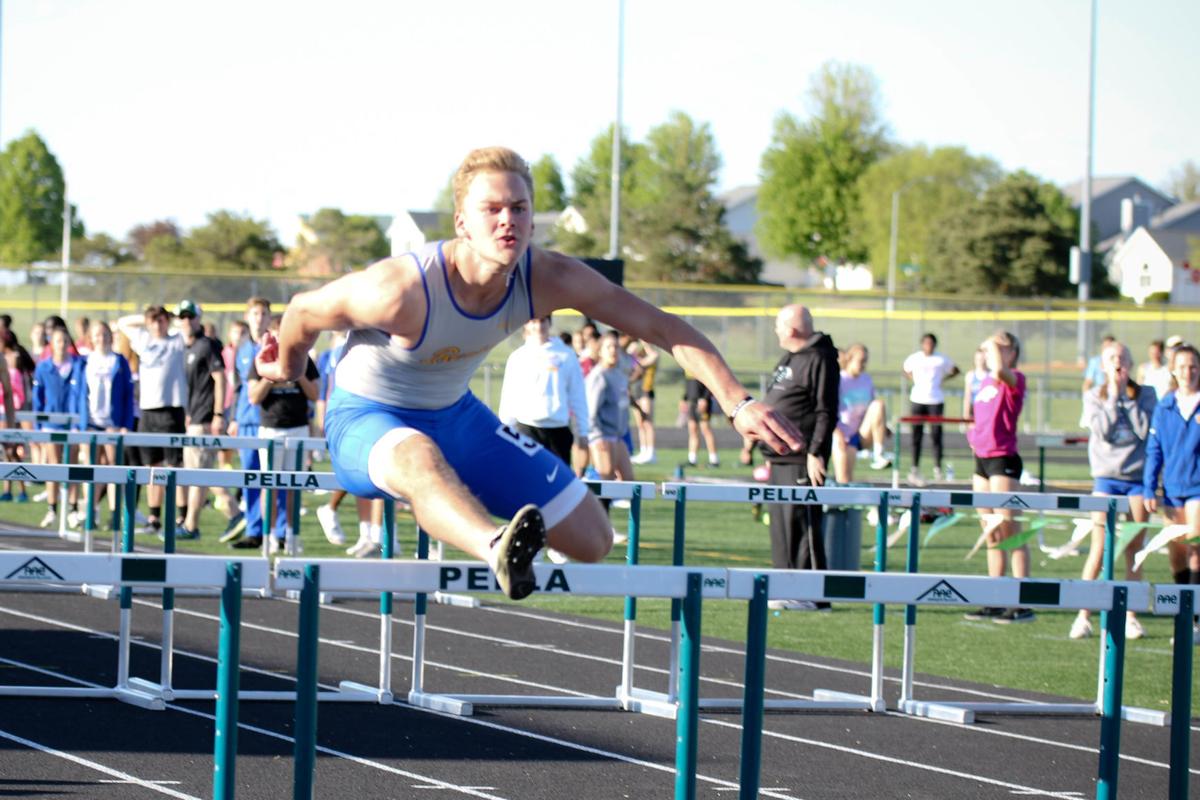 Benton junior Colin Buch will compete in four events at State including the 400m hurdles, 4x2, shuttle hurdle and 4x1.

Benton junior Jacob Brecht will run in four events at State, including the open 100 and 200 individually, the 4x2 and sprint medley.

Benton junior Colin Buch will compete in four events at State including the 400m hurdles, 4x2, shuttle hurdle and 4x1.

Benton boys track will send nine events, eight of which qualified with top two placings on Thursday, to the State Coed Track Meet on May 20-22 at Drake Stadium after an overall second place finish at the State Qualifying Meet in Pella.

Junior Jacob Brecht qualified for four events in his first trip to the Blue Oval, including the 100m dash, 200m dash, the third leg of the sprint medley alongside junior Aidan Thompson, sophomore Sam Wallace and junior Aiden Harris; and anchoring the 4x200 with junior Colin Buch, Wallace and Harris.

“It’s pretty special to me to achieve that,” Brecht said. “We knew we had a pretty good chance to get those relays through if we executed well. I didn’t personally have any doubts of my teammates going into Pella. I’m excited to go to State with them.”

Brecht moved out of the 4x100 to focus more on the 4x200, with junior Lawrence Wallace taking over the first leg with Buch, Thompson and brother Sam to qualify the event. Buch also qualified in four events with the 400m hurdles and as part of the shuttle hurdle team alongside senior Jaxson Snitker, sophomore Easton Patterson and Thompson. Sam Wallace helped Benton sweep the 200m dash with a second place finish to punch his own ticket to State. Harris earned an at-large for the 800m run the next day to give the Bobcats one final event.

“I’m excited to go up and learn what the experience is like,” Brecht said. “Obviously I want to chase medals in my individual events and with the relays I’m in. But if we run our race the best we can, that’s what’s important to me.”

Vinton Newspapers will have coverage of these and other State events over the course of the State meet online and in Tuesday’s Vinton Eagle.