Skip to main content
You are the owner of this article.
Edit Article Add New Article
You have permission to edit this article.
Edit
Welcome, Guest
Home
News
Sports
Obits
Lifestyle
Multimedia
Classifieds
Marketplace
Share This
1 of 3 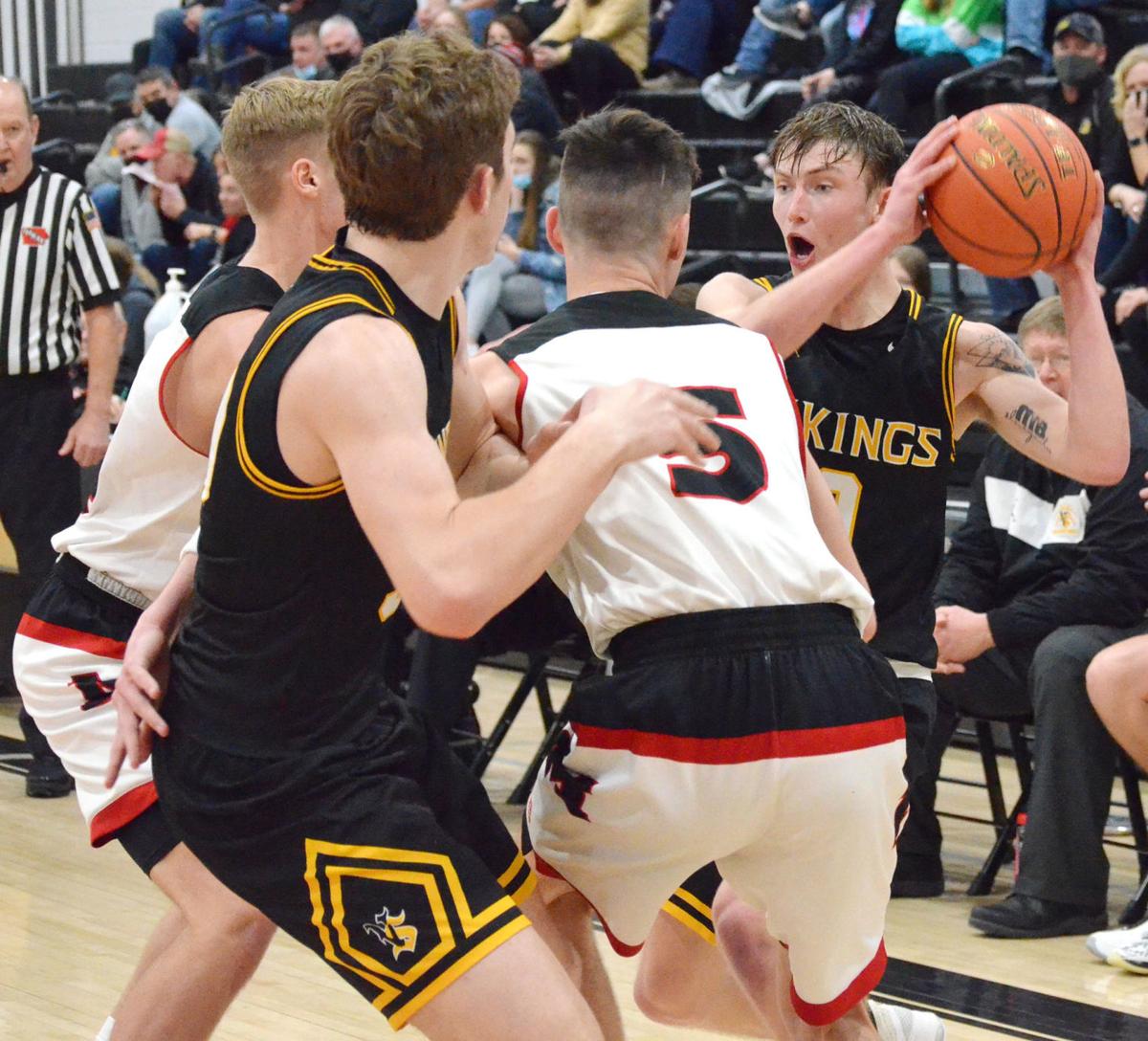 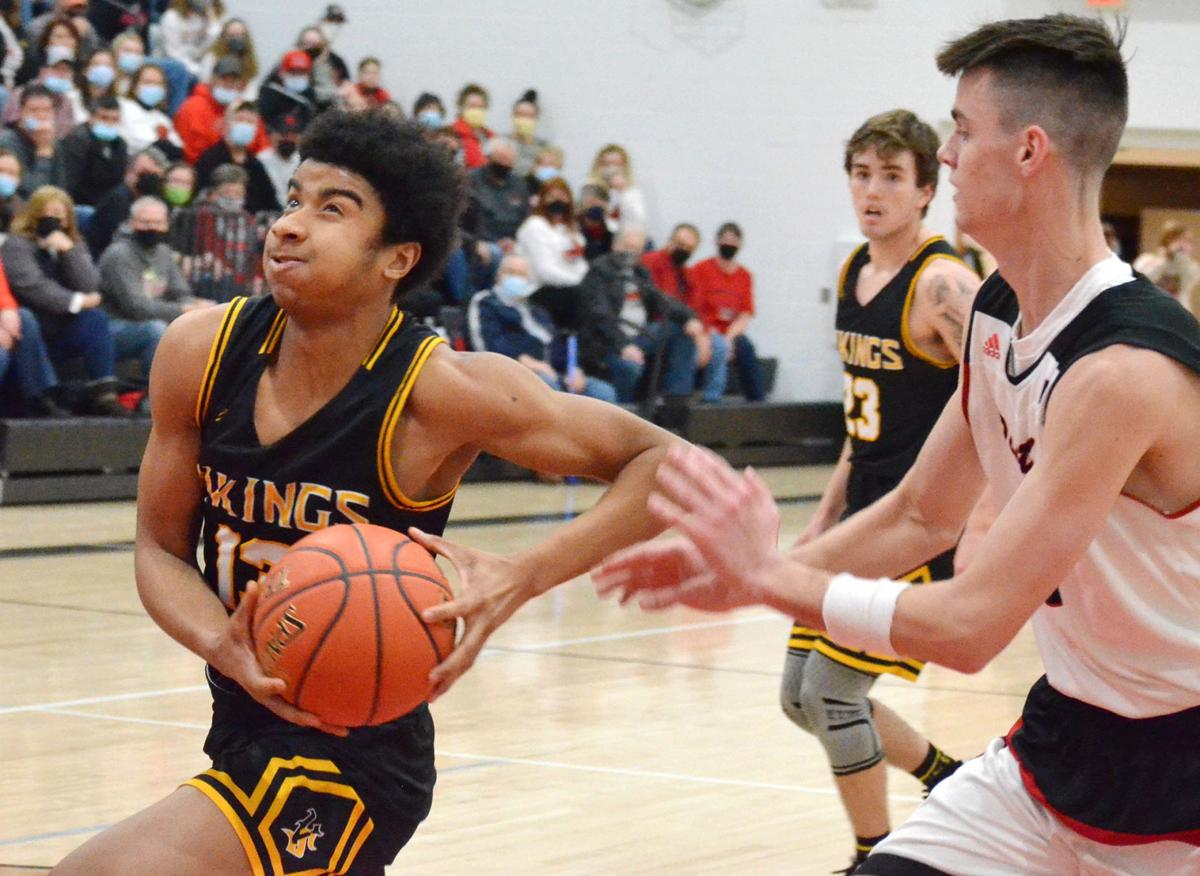 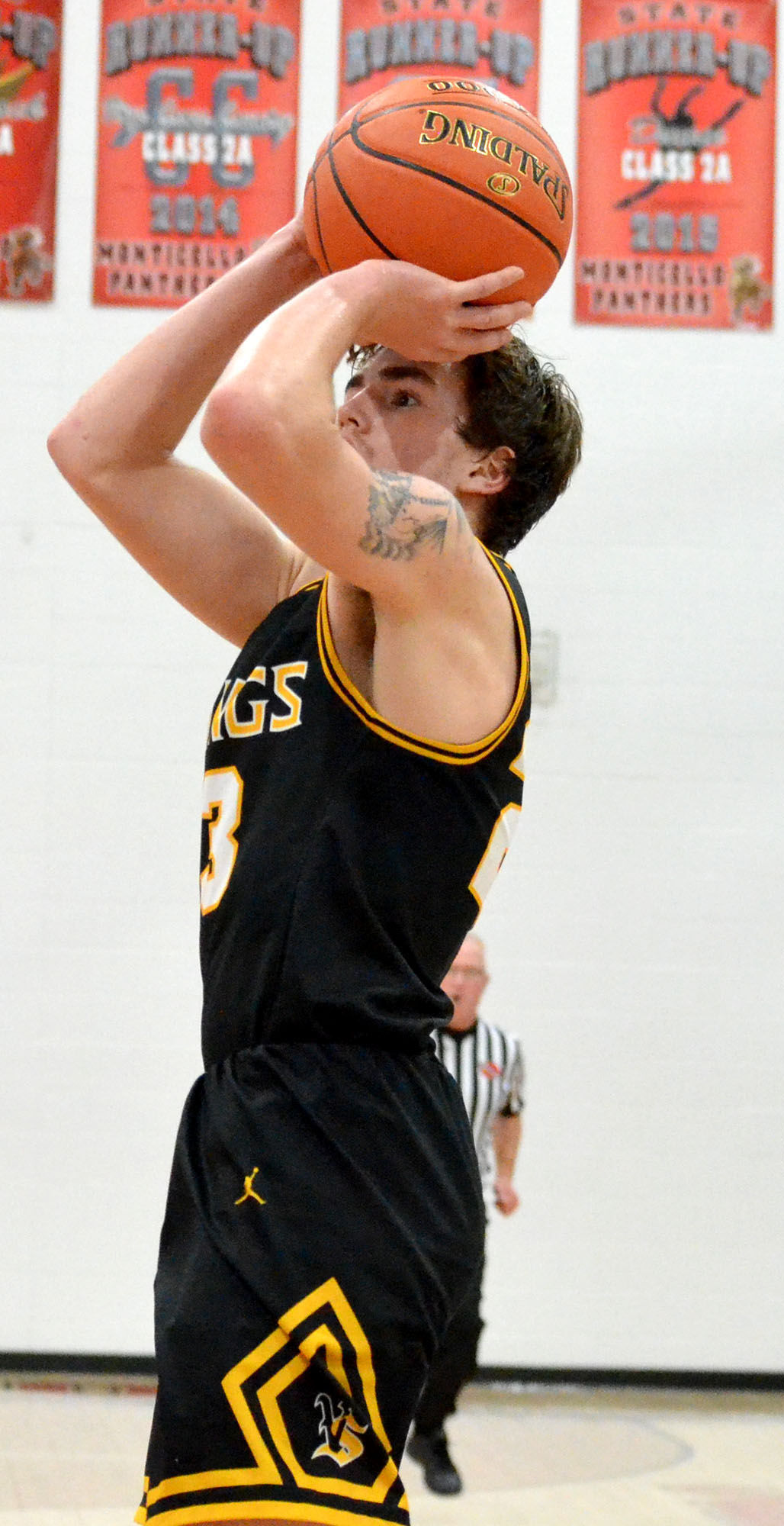 Vinton-Shellsburg shot less than 25 percent Monday night in the Class 2A Substate 4 quarterfinal. Missing 30 shots against anyone and winning is a Herculean task.

Missing that many field goals — some of which were layups, uncontested jumpers or uncontested layups — against the undefeated and No. 2 team in the state makes it impossible.

The Panthers remained unblemished (20-0) with a 56-26 rout that ended the Vikings’ season.

“I think we shot 16 or 17 percent from the field, and that’s just a recipe for disaster,” head coach Joe Johnson said. “We just could not get any flow or rhythm going on offense. It just killed us.”

Shaking off a start which was a harbinger of things to come, Johnson’s club crawled back from an 11-1 deficit with a 7-1 run over a minute in the second quarter to close within four (12-8).

David Lapan-Islas dropped in a layup, then Ryan Moore sank a 3-pointer to make it 11-6. After Preston Ries split a pair of free throws, Lapan-Isalas sank two from the line to close within four with 5:41 until halftime.

A Kaden Kingsbury bucket gave the visitors the same deficit (14-10) nearly a minute later, but it was the last point Vinton-Shellsburg got until the second half.

“(The run) definitely boosted our confidence,” Lapan-Islas said. “We started out slow, but picked up pace and got a couple shots in. It was good to have that spark, but obviously it got away from us as the game went on.”

Over the next four minutes, 49 seconds, the Vikings were 0 for 6 and missed the front end of a 1-and-1 attempt from the line. Monticello, meanwhile, pushed the lead to 22-10 on an eight-point run.

Despite the margin, Johnson felt the Vikings were still within striking distance.

“Defensively, we played really well and gave ourselves a chance,” he said. “They really turned it up on us in the second half, and there was a lid on the basket all night (for us).”

The Panthers opened the third quarter by hitting two of their first three shots and adding a pair from the line and suddenly it was 29-10 and Johnson called a timeout. The regroup never really materialized. Vinton-Shellsburg pulled within 15 (29-14) and cut its deficit to under 20 on Lapan-Islas’ free throws (35-17), but a 10-point third frame for Johnson’s club put the game out of reach.

Derron Hughes scored the final three points of his career on a 3 midway through the fourth quarter, and senior Landyn Rowe hit a 3 with 55 seconds left to nearly double his season scoring output.

Lapan-Islas scored six to lead the Vikings. Hughes and Moore each chipped in five. Rowe added three, while Kalous, Kingsbury and Rollinger dropped in a bucket apiece. Rickels was held to a point.

“We had an off night for shooting,” Lapan-Islas said. “It just wasn’t our night.”

A mix of clouds and sun this morning followed mostly cloudy skies and a few snow showers this afternoon. High 22F. Winds WNW at 10 to 15 mph. Chance of snow 30%.

Snow this evening will transition to snow showers late. Low 6F. Winds ENE at 5 to 10 mph. Chance of snow 80%. Snow accumulating 1 to 3 inches.