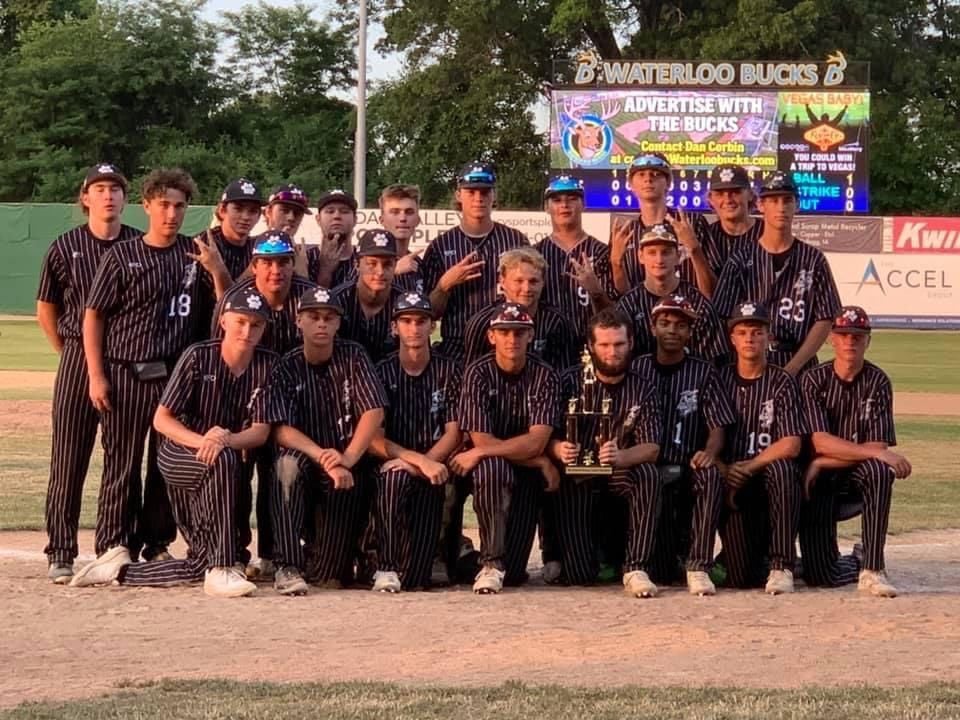 CPU baseball after their thrilling 5-4 win over Roland-Story with their Diamond Dreams Classic trophy. 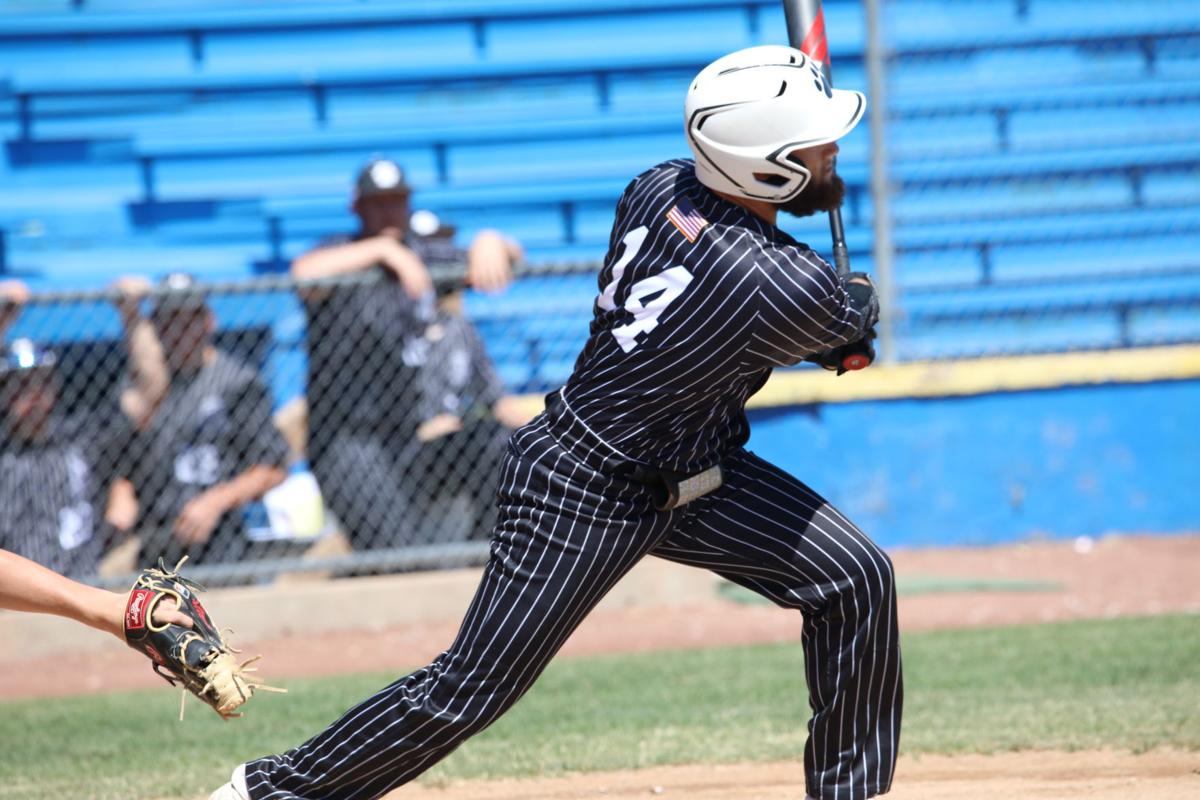 CPU senior Bennett McKee came up with the walkoff hit scored two runs in an extra-innings win over Roland-Story during Wednesday’s games at Riverfront Stadium. 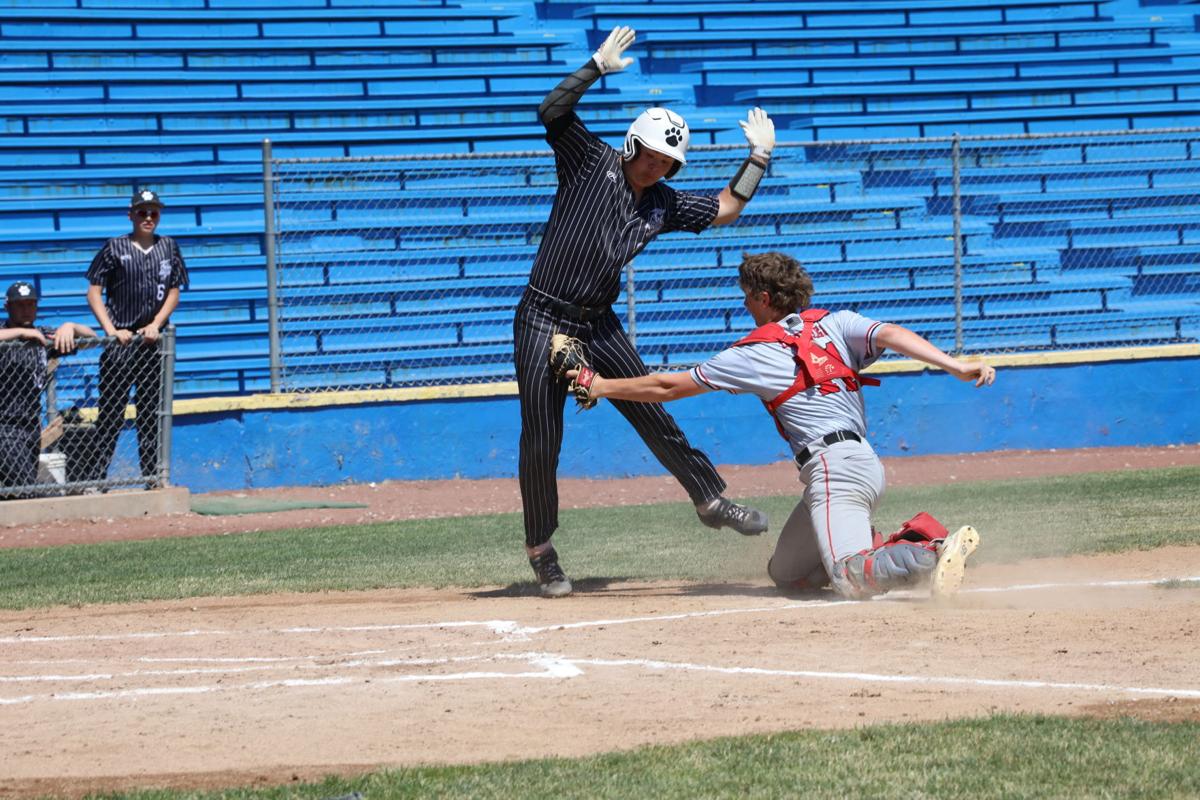 CPU baseball after their thrilling 5-4 win over Roland-Story with their Diamond Dreams Classic trophy.

CPU senior Bennett McKee came up with the walkoff hit scored two runs in an extra-innings win over Roland-Story during Wednesday’s games at Riverfront Stadium.

Center Point-Urbana and Union baseball kicked off the 2021 Diamond Dreams Classic at Riverfront Stadium, home of the Waterloo Bucks, on Wednesday as the Stormin’ Pointers finished 2-0 to claim a championship trophy.

“Consistency is the biggest aspect of high school baseball and today was a great example of that,” CPU coach Tyler Smith said. “We continued to keep our composure and found a way to get it done. This was a major confidence booster for us.”

The Stormin’ Pointers kicked off their day against Union (4-10) and quickly got their bats going. Senior leftfield Ethan Lafler’s double would clear the bases to give CPU a 4-0 lead after two innings. The Knights answered right back with junior leftfield scoring junior first base Danny Petersen and being rewarded with a run of his own by freshman pitcher Joe Bistline.

“Our guys were putting some decent swings on them today,” Union coach Chris Shannon said. “We limited our strikeouts recently, but we have struggled to put the ball in play. That second inning was one of the better efforts we’ve seen.”

Yet Union would not be able to replicate that success. CPU’s hitting continued to be steady through the next two innings before the Knights would hold the Stormin’ Pointers back for the fourth and fifth inning. CPU would end it with junior Braylon Havel’s walkoff hit scoring two runners in the bottom of the sixth for a final score of 12-2.

“We handled our adversity and early defensive struggles,” Smith said. “I’m pretty proud of our guys adding on through four innings. It’s not every day you get to play in a ballpark like this. We wanted to leave it all out on the field and play with no regrets.”

The Knights’ woes continued in a 10-0 shutout loss to West Delaware to end their day 0-2. While Shannon voiced concerns with pitching throughout the day, he did acknowledge the value in competing against larger schools from strong conferences such as the WaMaC and believed these games will pay dividends as his staff rebuild the program.

“We want these guys competing against quality teams like this and getting as many reps as possible,” Shannon said. “Playing better teams will bring the best out of us. Unfortunately, we didn’t have the results we wanted, but the opportunity to play at this park was a good time.”

CPU needed all of 10 innings to take down Roland-Story (15-4) 5-4 to secure the championship. Senior Bennett McKee’s RBI single scored senior shortstop Grant Bryant and senior Brody Grawe for the walkoff win. Junior Jared Tobin went six innings before being relieved as the Hawks forced the extra innings and put up a run for a 4-3 lead before McKee’s hit sealed the deal for the Stormin’ Pointers.

“We again battled through a lot of adversity and came out on top,” Smith said. “Our guys are buying into roles and competing every pitch. It’s fun to see them battle back and find ways to win.”

Union will travel to Hudson on Friday and Jesup on Wednesday. CPU (8-8) traveled to Clear Creek-Amana on Thursday and will host Marion on Monday.