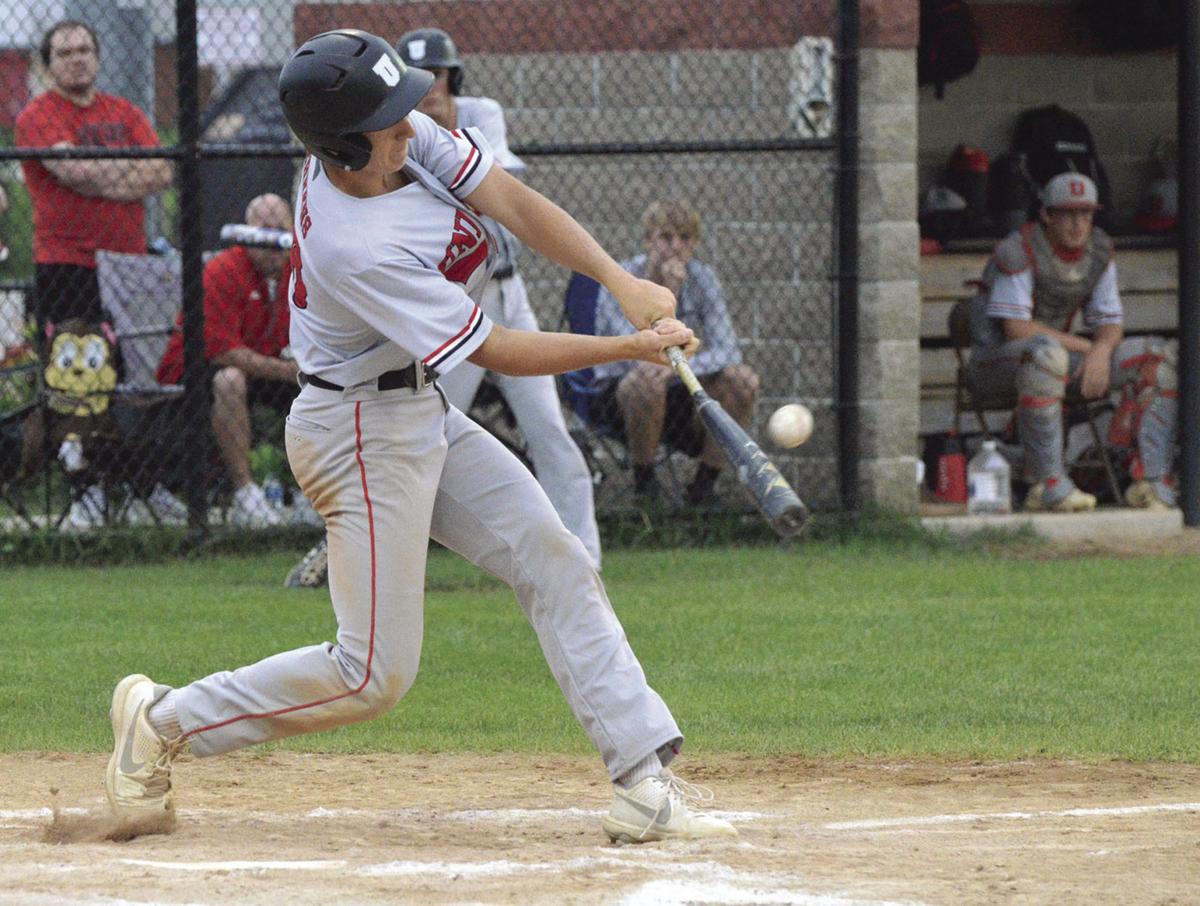 Union Community’s Grant Behrens hits a two-run double during a Class 2A Substate 4 first-round game against Oelwein on Saturday in La Porte City. 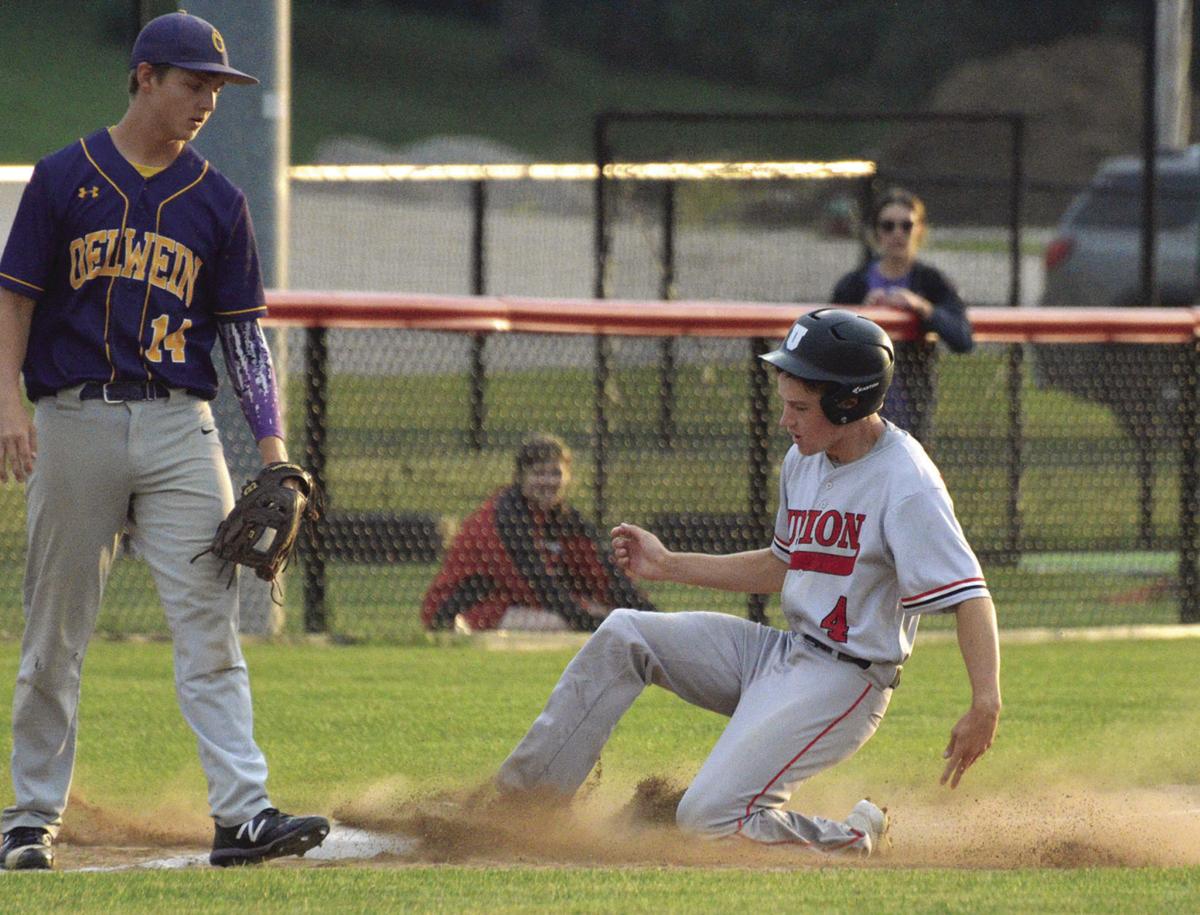 Union Community’s Michael Neibergall slides into third during a Class 2A Substate 4 first-round game against Oelwein on Saturday in La Porte City. 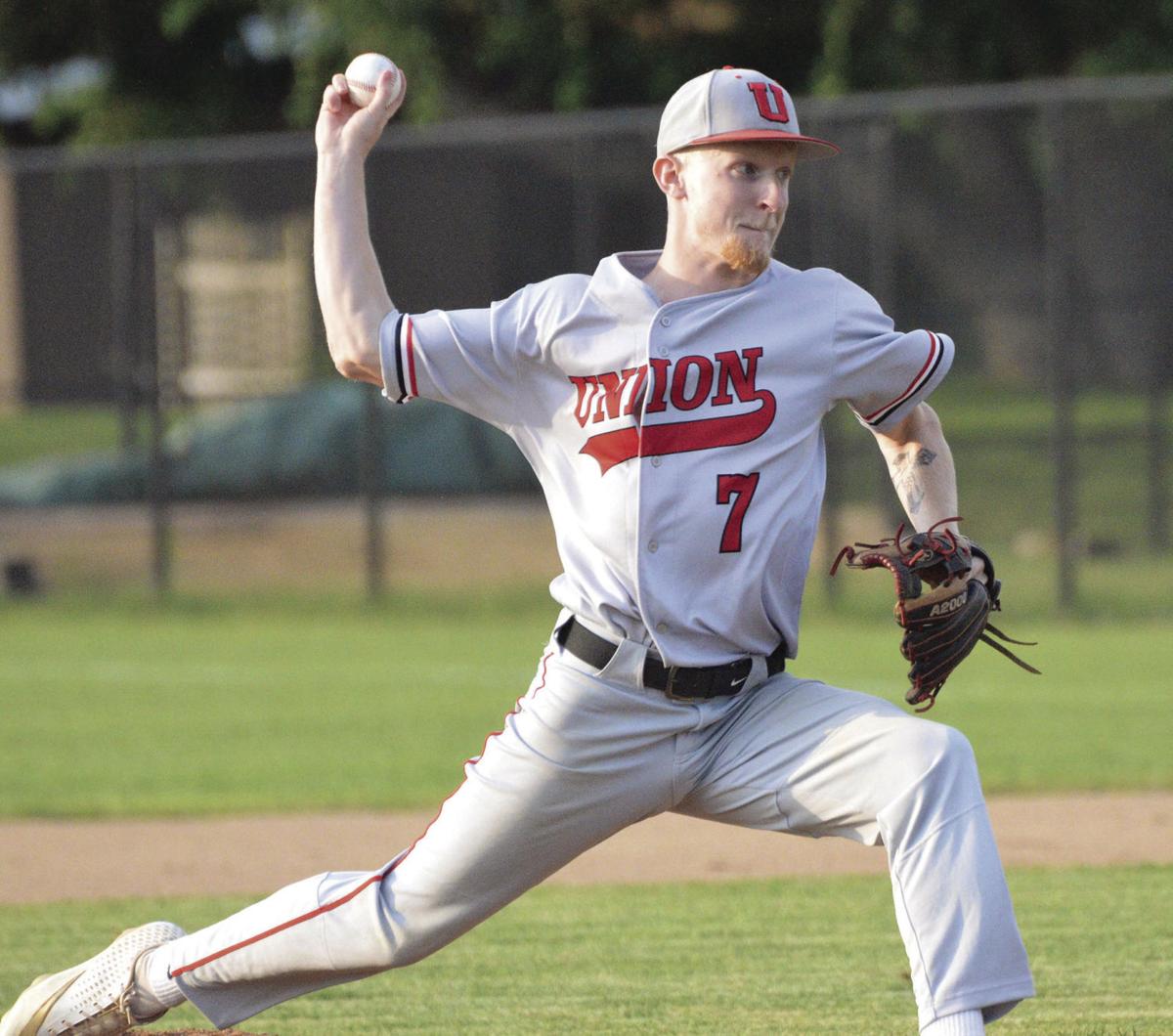 Union Community’s Jacob Carey pitches during a Class 2A Substate 4 first-round game against Oelwein on Saturday in La Porte City.

Union Community’s Grant Behrens hits a two-run double during a Class 2A Substate 4 first-round game against Oelwein on Saturday in La Porte City.

Union Community’s Michael Neibergall slides into third during a Class 2A Substate 4 first-round game against Oelwein on Saturday in La Porte City.

Union Community’s Jacob Carey pitches during a Class 2A Substate 4 first-round game against Oelwein on Saturday in La Porte City.

It’s basically what Union Community head coach Chris Shannon told his team after Oelwein scored a pair of runs in the top of the fourth Saturday.

The Knights obliged, answering the Huskies twice to hold on for an 8-3 victory during the Class 2A Substate 4 first-round game on their home field.

Union (9-18) drew host duties because the pod’s top seed, Sumner-Fredericksburg, doesn’t have lights at their field. The Knights beat Oelwein (3-27) for the second time this season and third straight time after ousting them in the playoffs last year.

“I think we’re headed in the right direction,” TJ Freeland said. “We keep seeing improvement throughout the season. We wanted to make a statement coming out tonight.”

The Huskies closed within 4-2, but the Knights answered with a three-run frame of their own.

After a flyout, Union’s Jacob Carey delivered an RBI double to plate Miehe. The Knights’ starting pitcher moved to third on a groundout and scored on Freeland’s two-out RBI single for a 7-2 lead.

“We kept pushing,” Freeland said. “Once they scored, we knew we had to put more on the board. We did what we’ve practiced all season.”

Added Grant Behrens, “You always have to stay with a team. If they score, we try to bounce back right away, get hits going.”

Carey battled for another 2 1/3 innings after that, leaving in the top of the seventh with 113 pitches thrown. He allowed six hits and five walks but gave up just one earned run and struck out nine.

“Wasn’t too good, though,” he said of his work on the mound. “Threw more balls than I have been. Had to lock in at spots.”

The Huskies added their third run in the sixth, but Carey left the bases stranded. For Union, Seth Petersen drew a leadoff walk to open the sixth and later scored on a fielder’s choice off the bat of Freeland.

Oelwein reliever Cooper Smock came home with the ball and catcher Carsen Jeanes, instead of tagging out Petersen, touched home plate. The bases were not loaded, however, so there was no forceout situation.

Later, another fielder’s choice cut down Lorenzen at home.

Behrens relieved Carey in the top of the seventh and allowed a single and hit a batter. Shannon immediately swapped Behrens for Freeland, who came in with a save and the team lead in strikeouts.

Freeland got a punchout and then a lineout from pinch-hitter Carter Jeanes, who drilled the ball right at first baseman Joe Bistline to clinch the win.

“I knew we had a five-run cushion, so I just tried to get strikes out there,” he said. “Jacob threw a great game, and we scored a lot of runs. I just needed to go in and close it out so we could get on to Tuesday.”

Niebergall drove in Behrens for a 1-0 lead in the second and Behrens smashed a two out double in the third for a 3-0 lead. Bistline followed with a single to score Behrens.

“I took the first one, wanted to see a strike first,” Behrens said. “ Liked the one I saw next and tried to get my foot down and stay on my back side and swing it. Got hold of it and it went pretty well.”

Carey was 2 for 4 with two doubles and a steal and Union was eight for eight in that department.

“Oelwein’s young and (Oelwein coach Jason) Gearhart’s doing a good job over there,” Shannon said. “We came out and played better than them, that’s really all that happened.”