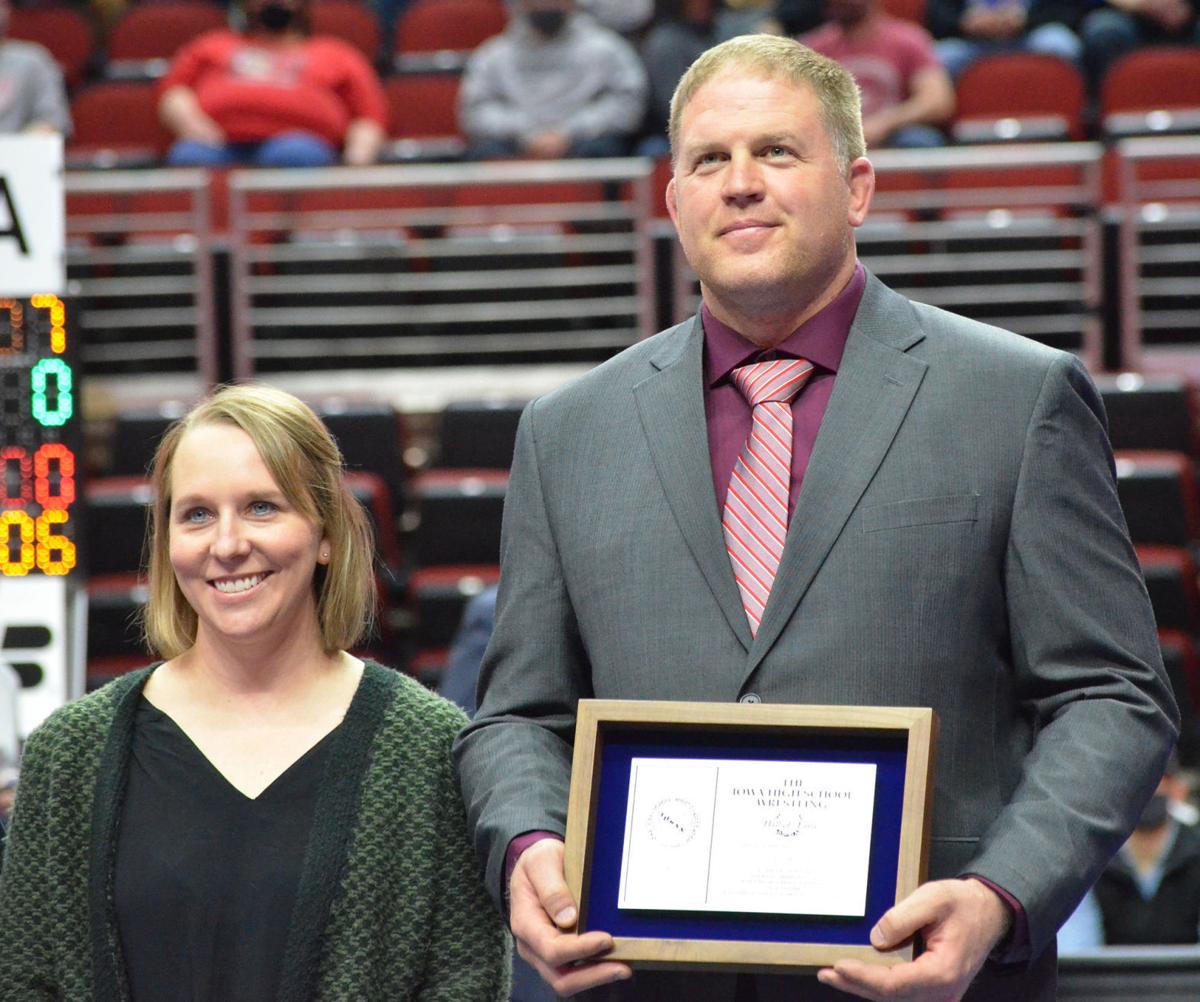 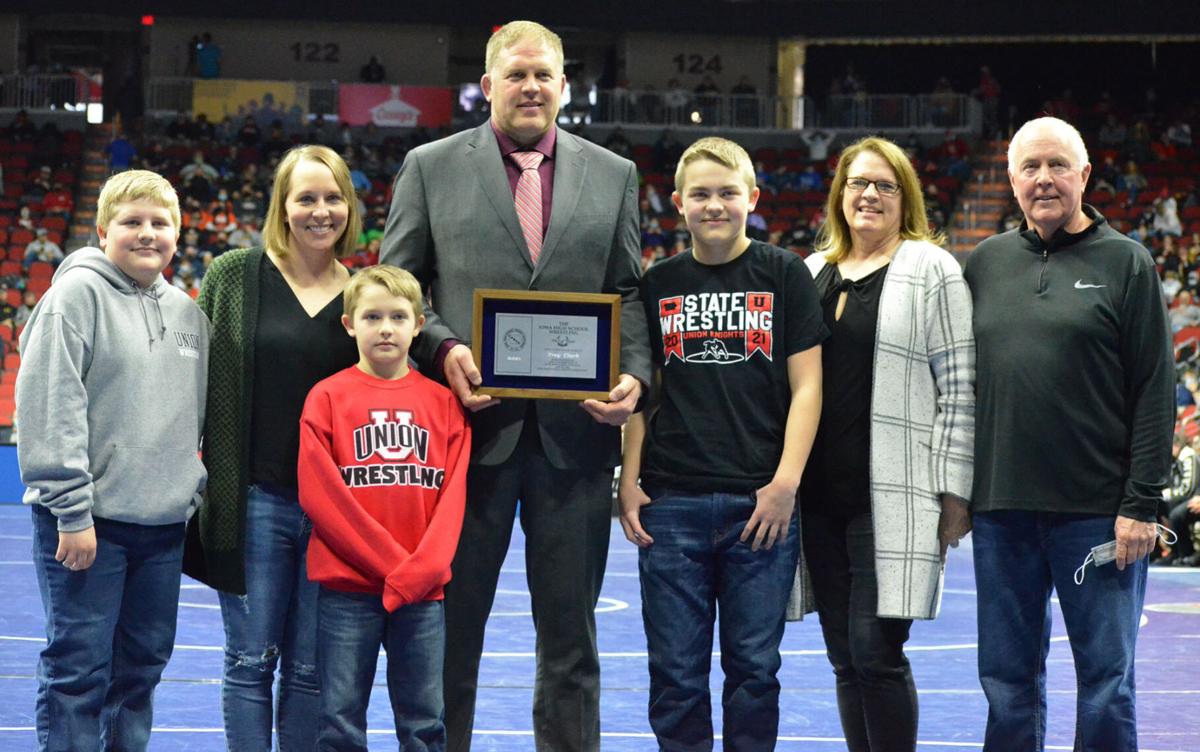 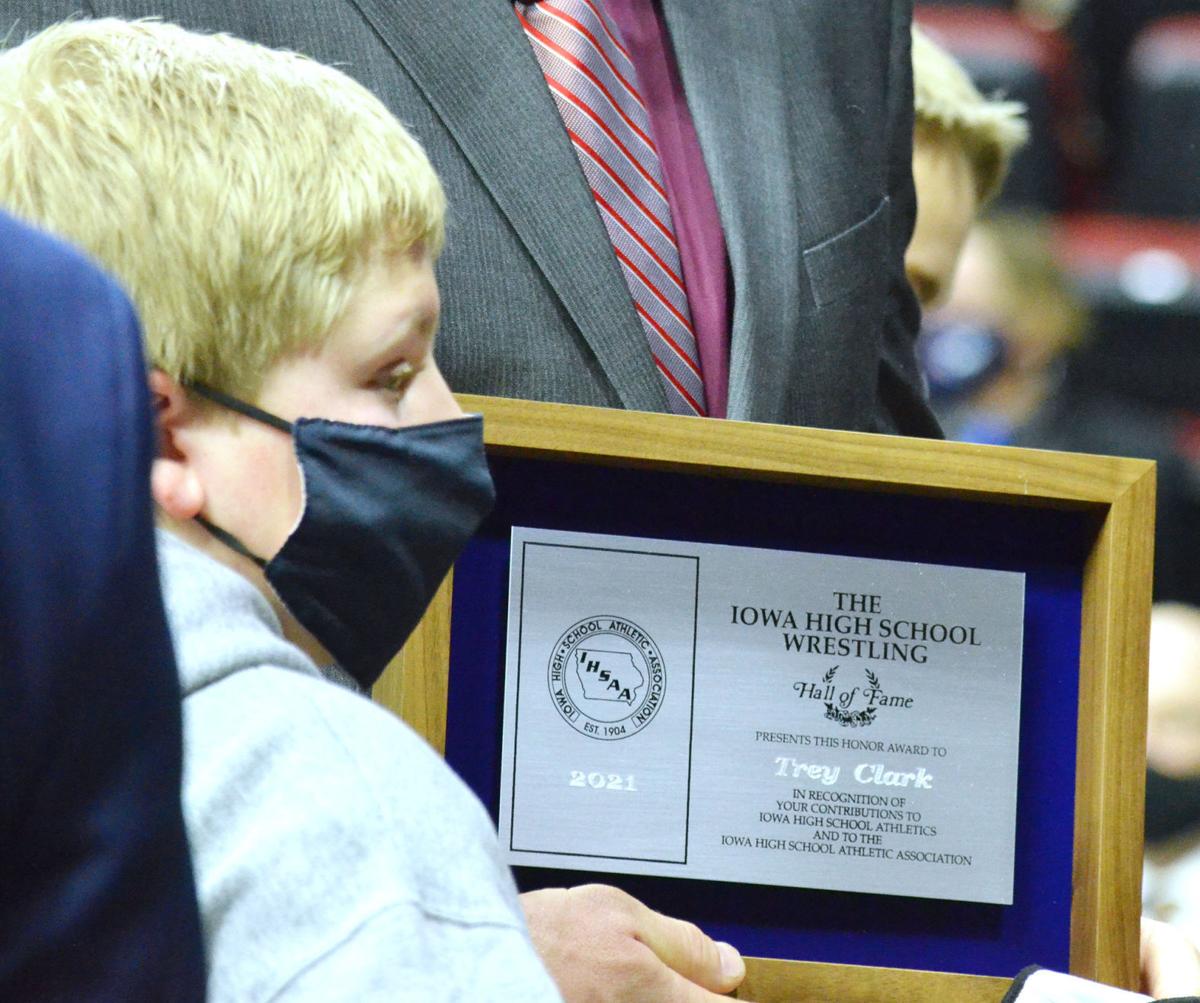 “Oh, what’s it mean? I haven’t really even thought about it much. It’s an honor, definitely, to be inducted,” Trey Clark said Saturday afternoon. “But I never looked at the success I had in high school as being, ‘I would make it this far.’”

Clark was inducted Saturday night and joins Dick Ingvall as the only Knights Hall of Famers.

“When you’re in the moment, you don’t realize it at all,” he said of his career. “You’re just trying to win one match at a time each time out. It’s really weird because when you look back on things you think, ‘Wow, how fortunate.’ It’s really crazy.”

Clark was a Class 2A champion as a freshman 171-pounder in 1997, and added titles at 189 pounds as a junior and senior. He went 135-3, derailed as a sophomore only by a football injury that robbed him of a shot at being a four-time champion.

“He was a man among boys back then,” current Knights head coach Bart Mehlert said. “He was a good leader and fierce competitor. He took wrestling as serious business and he was good at it. No doubt in my mind he would have been a four-timer if he didn’t have his football injury.”

Clark wasn’t the school’s first titlist — that was Kirk Crawford in 1991 — but paved the way for others who aspired to be multiple-time champions for Union. Max Thomsen (2012-2015) became the school’s first four-time winner, and Jacob Holschlag (2014-15) also earned more than one.

Since Clark’s first championship, which was the school’s third, the Knights have seen seven wrestlers reach the top of the 2A podium. That includes Mehlert, who won in 2000.

“I like it. I love it,” Mehlert said of Clark’s enshrinement. “He was my teammate, so it’s well-deserved honor for him. He was a great leader and helped me develop in the sport, big-time.”

Clark went on to wrestle for the University of Iowa for three years, and was also a Cadet world team member and a Junior national freestyle champion in a title-filled run from 1997-2000. He won a Junior freestyle national championship and earned USA Wrestling’s Junior wrestler of the year honors in 2000 after his final prep title in 2000.

“That’s what — you hope to try and maybe be a role model, think hopefully people might look up to you,” Clark said of the list of Knights champions behind him, specifically those that went for or earned multiple crowns. “I hope there are people that do even better than me, want to be better than me.”

Clark is still involved in the sport, serving as a youth coach in LaPorte City.

“He’s an awesome guy to have in our community, he’s giving back to the youth,” Mehlert said. “I couldn’t ask for a better person to get into the Hall.”