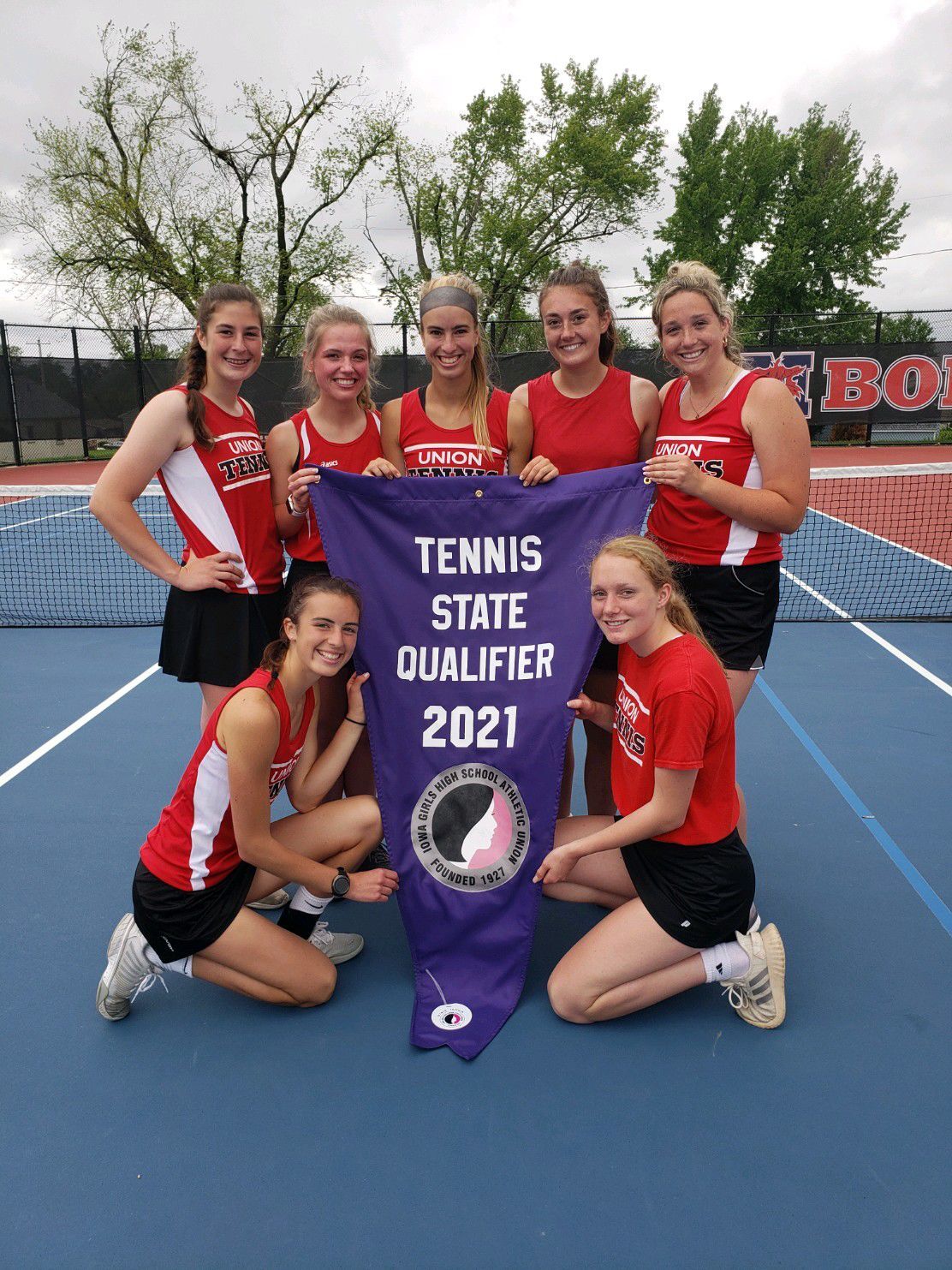 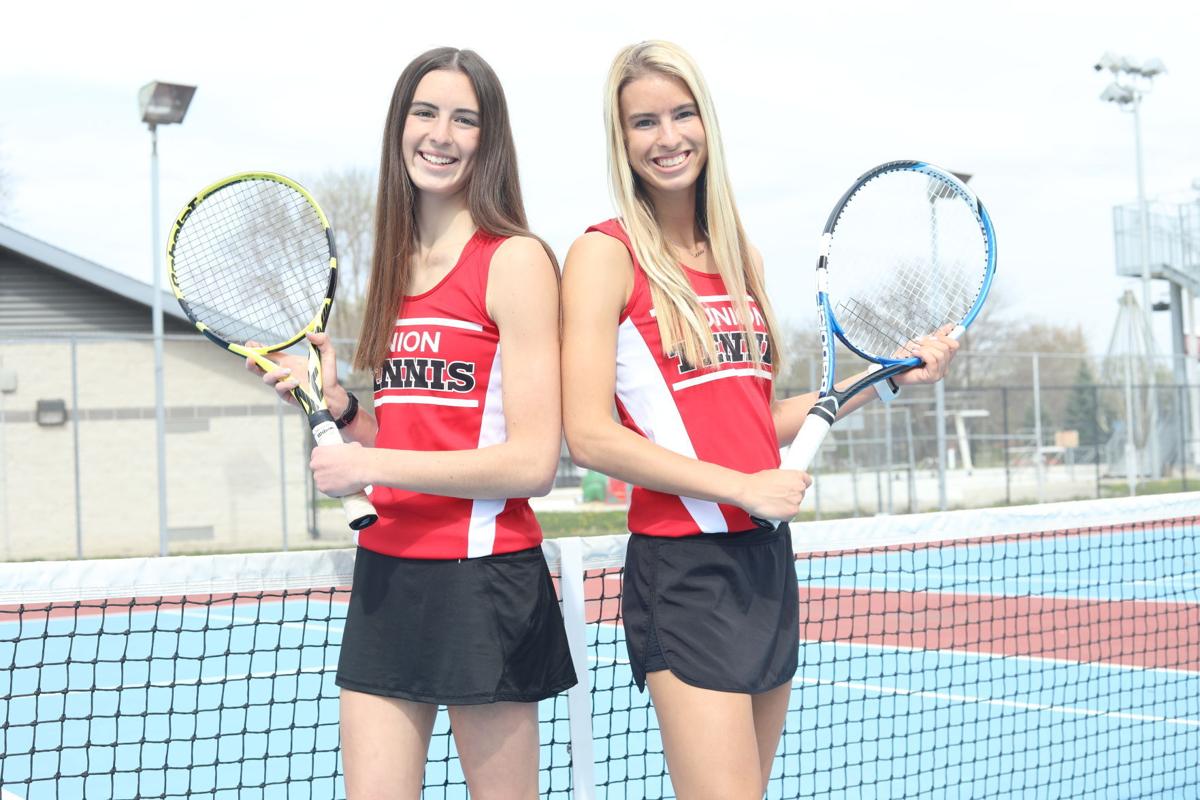 Union tennis doubles partners and sisters Alexa and Belle Weber are the first doubles to qualify for State in Union school history according to coach Erin Wittenberg. They will compete on June 5.

Union tennis doubles partners and sisters Alexa and Belle Weber are the first doubles to qualify for State in Union school history according to coach Erin Wittenberg. They will compete on June 5.

Sophie Winkelpleck had never picked up a tennis racket before her freshman year in 2018. In fact, most of her class were in the same boat. Going out for tennis was mainly for fun and to try out a new individual sport.

“We were taking it lightly,” Winkelpleck, now a senior, said. “It was something we could all do as friends. “Our forms were probably awful, but we were trying.”

Knights tennis did not win a single meet that year. That was the norm for the program. When Union suddenly won three meets in the 2019 year, it was a great cause for celebration. Winkelpleck and senior Ellie Behrens joked after their meets that the program was on “the road to State.”

Fast forward to May 22, 2021 and the Knights are indeed on to the State team tournament after a 5-1 win over Kuemper Catholic in Marshalltown.

“I’m still trying to wrap my head around it,” Winkelpleck said. ““It was a business trip for us. Many of us seniors have been in these types of games before through volleyball or soccer. We know what it takes to win these games.”

Union opened their postseason with a familiar face in South Hardin on May 15 at Boone’s McHose Park. The Knights had beaten the stripes of the Tigers twice in the regular season (7-2 home, 9-0 away) and made it three peat with a 5-0 rout. Their success continued with a 5-0 win over host Boone to advance their regional championship against Kuemper Catholic in Marshalltown. In a clash of Knights, Union emerged victorious with a 5-1 win, falling short of advancing to doubles play as senior Belle Weber won their fifth match.

“There are five seniors in our varsity lineup with a lot of experience,” coach Erin Wittenberg said. “They are confident competitors who don’t want to see their season end. We’ve never had this team dynamic in the past.”

Wittenberg would know. She coached the program from 2000-2007 and sporadically over the year, including the current seniors’ freshman season. While a few individuals have qualified in the past, a team banner is a first. Another exciting development for the program came in the sister duo of Alexa and Belle Weber qualifying for State doubles next month.

“I really wanted to make it with her,” Alexa said. “We enjoyed playing really tough competition and we improved so much as partners in a single day. We weren’t expected to make it, but we kept our confidence up.

Alexa is a two-time conference runner-up and has been the number one single for Union during a season she saw develop in front of her eyes. She felt their win over Decorah earlier in the season was when the Knights really gained traction to win 14 meets this season,

“Beating Decorah was a big milestone for us,” Alexa said. “We’d gone 0-9 against in previous years. We were just grateful to even have a season. Winning just added to our confidence still did going into the postseason.

Union will advance to the State team tournament on Tuesday against Columbus Catholic in Marshalltown at 3:00 p.m.. The two NICL conference rivals have a deep history in other sports, but the Sailors captured a win over the Knights in the conference tournament on May 17.

“Columbus is going to be really tough, but I know each and every one of our girls can beat their opponent,” Winkelpleck said. “A lot of us played close with them the last time around. It’s just going to come down to who wants it more. I know every girl is going to play to the best of their ability.