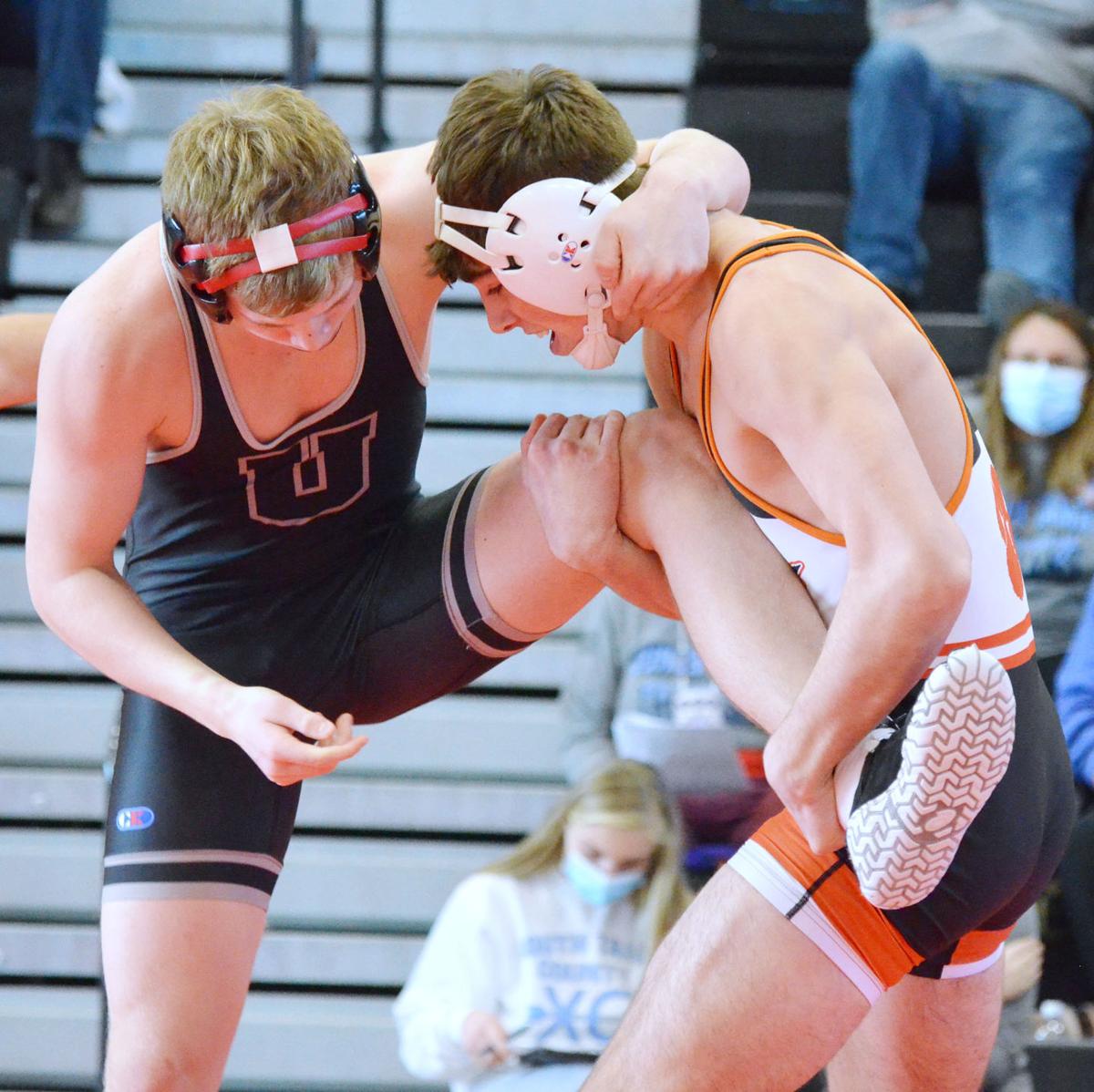 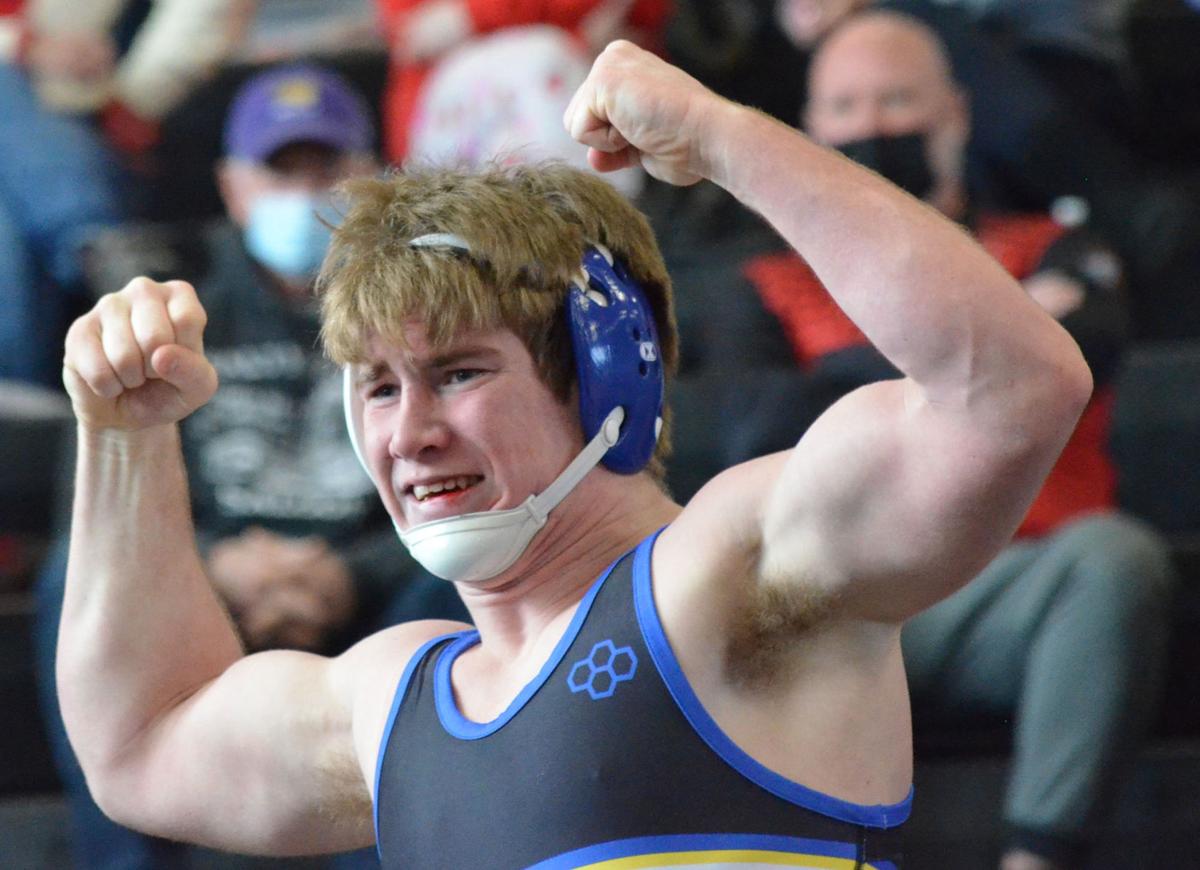 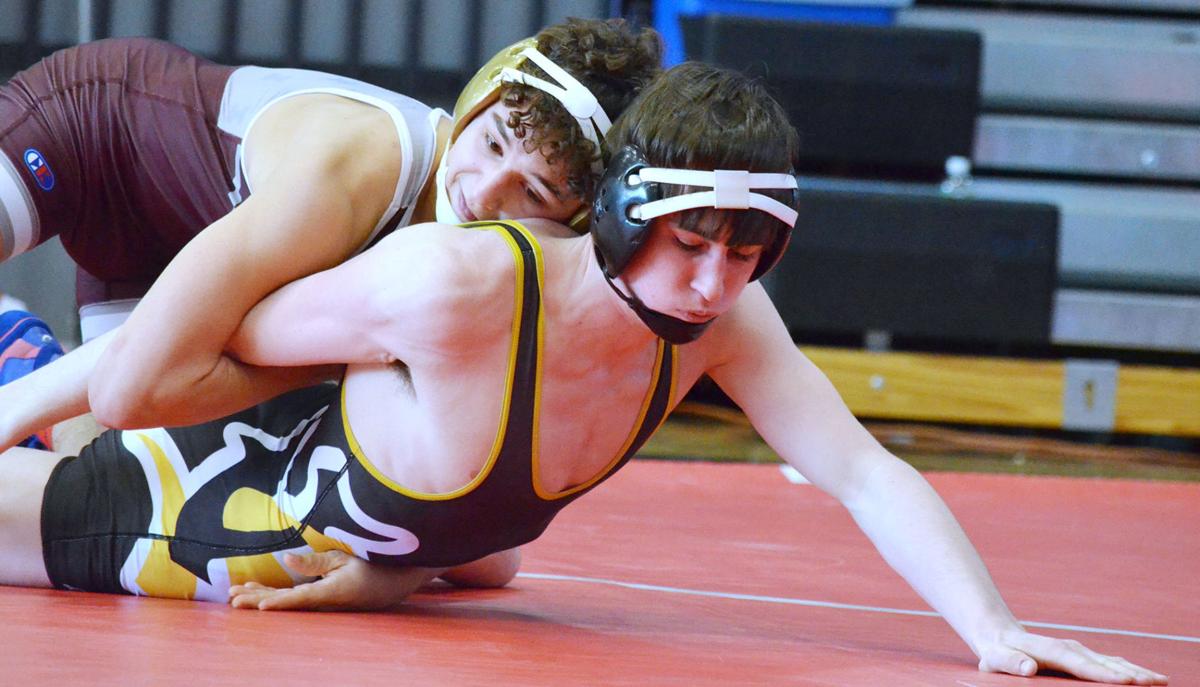 Yet, the mood around Union’s wrestlers was muted as the Knights left the Class 2A Williamsburg District meet Saturday.

There were supposed to be five state qualifiers.

The three-time state participant and placewinner won’t hit the mat as a prep wrestler again.

And his teammates expressed their pain.

“It’s been us five for quite a few years now,” said Hunter Worthen, who missed last season’s state tournament after not qualifying. “A wrestling trip without Kolten seems like we’re missing something. It’s really upsetting.”

Added 2020 160-pound champion Adam Ahrendsen, “I don’t like it. Kolten Crawford has worked his tail off for four years. He’s been in the room, he’s one of my best friends. It hurts. It hurts that not all of us are going down as a team.

“But we just have to keep wrestling.”

“With Kolten being a senior and three-time state placewinner, it hurts a lot. It hurts all of us,” he said. “But it’s a hard sport and how he responds from here when he goes to the next level will make him stronger and a better person.”

Mehlert was on the mat for 11 of 12 regulation minutes, but picked up a pin and a 6-1 title win. Schmitz spent eight minutes on the mat, with a pin and 15-0 technical fall in the championship.

Worthen clocked a little more than 10 and a half minutes on the mat with a pin and an 11-4 win.

Northern Iowa signee Ahrendsen barely broke a full minute on the mat with a pair of pins. He won his first match in 54 seconds, then countered a takedown attempt by Benton County’s Austin Roos off the whistle for a 10-second fall in the title match.

“I was just wrestling. He did a move, I countered it and he ended up on his back. I always am looking for the pin, get the match over with. Especially in the postseason, you want to end it early.”

Worthen eyed Saturday since last season’s end at the district meet in his home gym.

“Last season, missing out, I’ve been reminded by that loss for a whole year,” he said. “It lit a fire inside me. I had to get there.”

Coach Mehlert noted the agenda was to take each match as it came, and work through them individually. He was pleased with the collective performance.

“I think we did pretty good,” Schmitz said. “Other than Kolten, who had a tough bracket, everyone else is on track to how it should be going.”

Moore, Roos returning to ‘The Well’

Unfortunately for the Bobcat wrestlers, the sectional and district championships had the same result. The good news is both Moore and Roos will return to Des Moines for the state wrestling meet after each placed second Saturday.

Roos went for a shot against Ahrendsen off the whistle during their match and was quickly caught in a countermove, taken down and pinned in just 10 seconds.

Roos earned his state berth with a semifinal round pin of East Marshall’s Garret Kerber.

Moore met up with Williamsburg’s Kayden Gryp again. Moore was more aggressive offensively a week after the 120-pound sectional title match, but still fell. Saturday’s score was 3-1, with Gryp earning a third-period escape from the bottom position to add to his second-period takedown.

“They’re tough matches every time, and he’s a great wrestler,” Moore said. “I wrestled a lot different this time; I really pushed the pace and tried to score more. He still beat me, but I feel I wrestled a lot harder than last week (against him).”

Moore was the Class 1A runner-up last season.

“It’s good to get back to the Well,” he said. “Four more matches to put it all together, and I still have my goal in sight.”

Ortner will return to state

Vinton-Shellsburg’s Brady Ortner again ran into Independence’s Isaiah Weber for a third straight championship match after meeting up for the 138-pound WaMaC and Independence Sectional titles.

The district title went Weber’s way as well, with a first-period pin. Ortner still qualified for the state meet, in which he placed sixth at 126 last season. Ortner beat East Marshall’s Kordell Negrete to qualify.