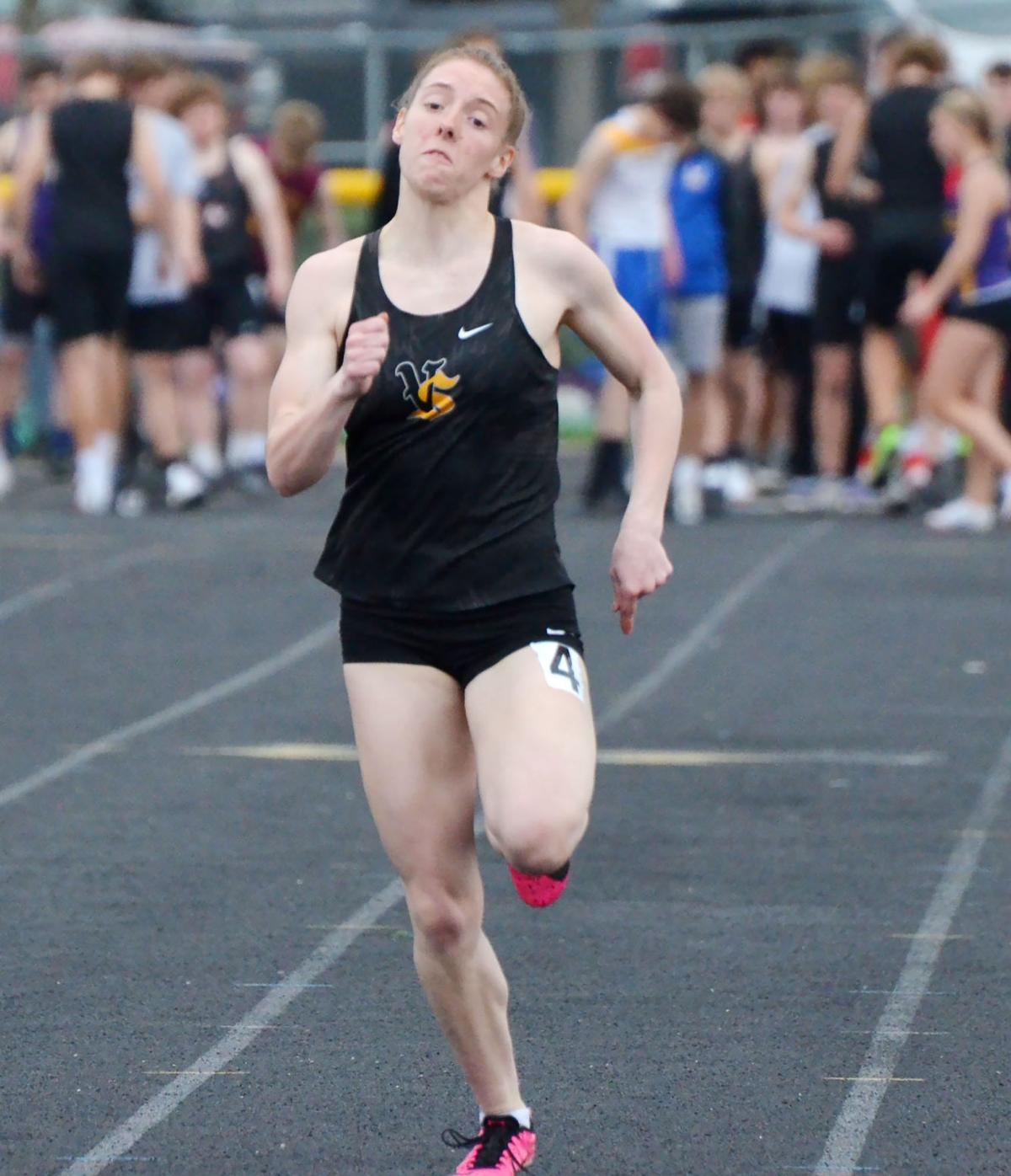 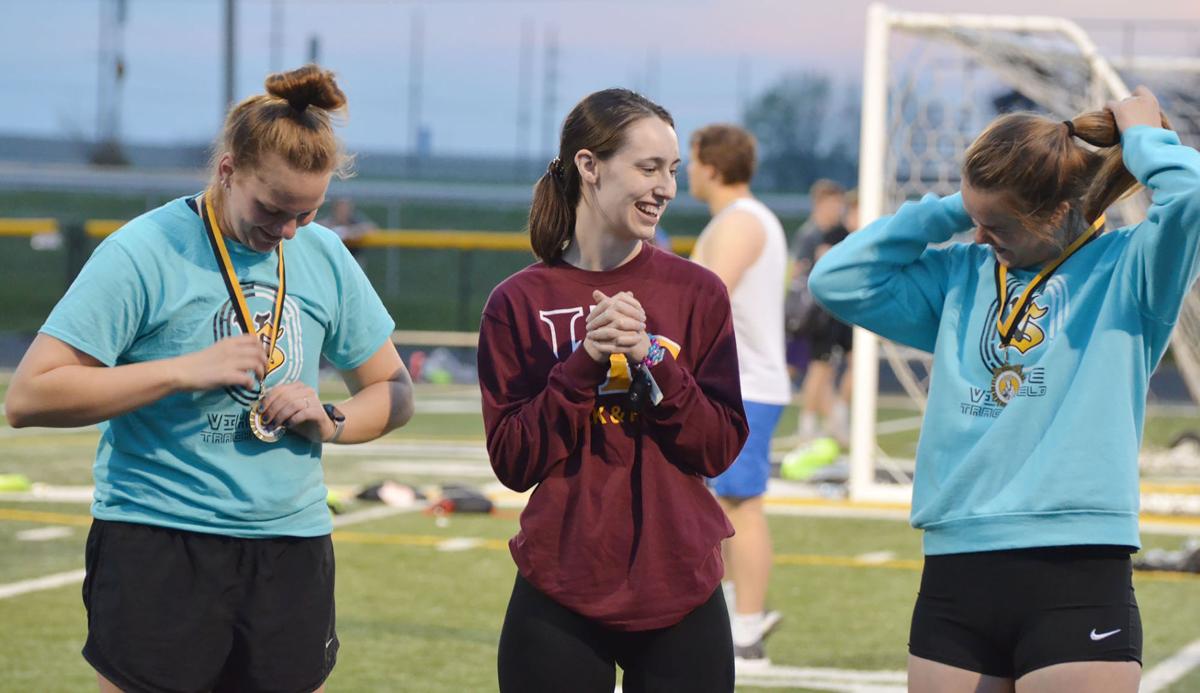 Competition is heating up amongst Jim Womochil’s throwing corps.

They all love it.

Throwers accounted for 34 of the Vinton-Shellsburg’s girls points and the Vikettes scored 149 points to place second behind Marion (170.5) Tuesday at the Viking/Vikette Co-Ed Relays

“I PRd by a couple feet so I was really happy with that,” Kreutner said.

Added Bartz, “I think going 1-2 at a home meet is amazing, a big accomplishment. Sophia hitting 35 was awesome and we’re just excited to keep growing and keep getting better.”

The discus also provided a pair of top-3 placements. Brylee Bruce won with her first toss of 104-1 and Kalinda Burke popped a 100-1 on her third preliminary throw to place third. She also set a PR.

“I actually don’t know what happened. I really worked on my spin on Sunday for a really long time. I think that helped,” Burke said. “And I’m still not getting my foot all the way behind. I think I have a lot more in me. I just have showed it at a meet yet. I’m hoping to just keep climbing.”

Bruce became choked up as she expressed pride in Burke.

“I’m so proud of you, Kalie,” Bartz said before addressing her performance.

“Popping a 104 was nice at the beginning. You can then try speeding up to throw further or work on things. It just didn’t happen today, but that’s OK.”

Vinton-Shellsburg could have added more points if not for meet rules. Each team was limited to two scorers per event. Geordyn Webster place fifth (31-8.25) in the shot and fourth in the disc (93-7) and Aza Swayzer (90-0) was sixth in the discus.

“That’s what is going to make us better as a team,” Bruce said. “We have multiple people who can push each other.”

Added Bartz, “We have a great throwing group … we have a young group and we’re all so good in different areas.”

Griffith also was fourth in the 200 but earned no points because of the meet rule.

All of it excited head coach Heather Kalous.

“Double-pointing in some of those sprint events was nice and the field events stepped up. Every single field event pointed and some of them double-pointed, too,” she said. “I think we performed about as well as we could. Had some PRs again, had more times drop.”