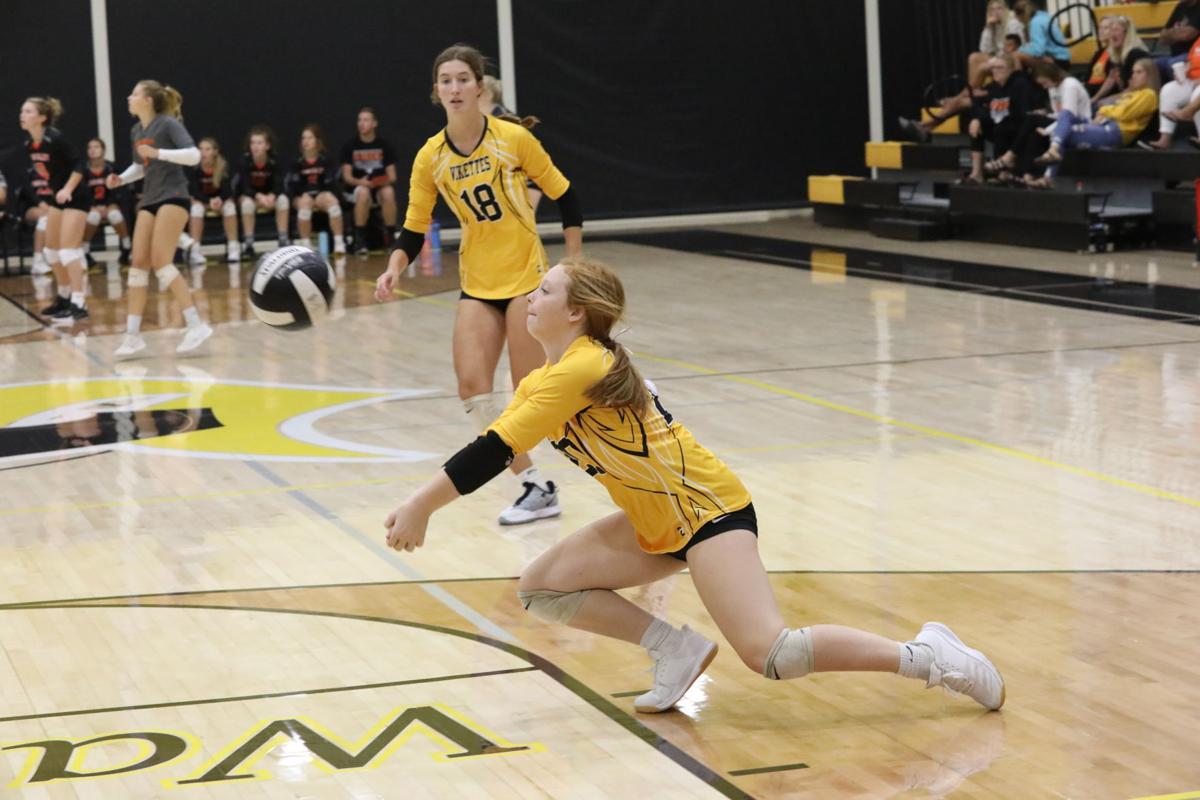 VS sophomore Julia Johnson digs up a ball during a match in Saturday’s tournament at VSHS. 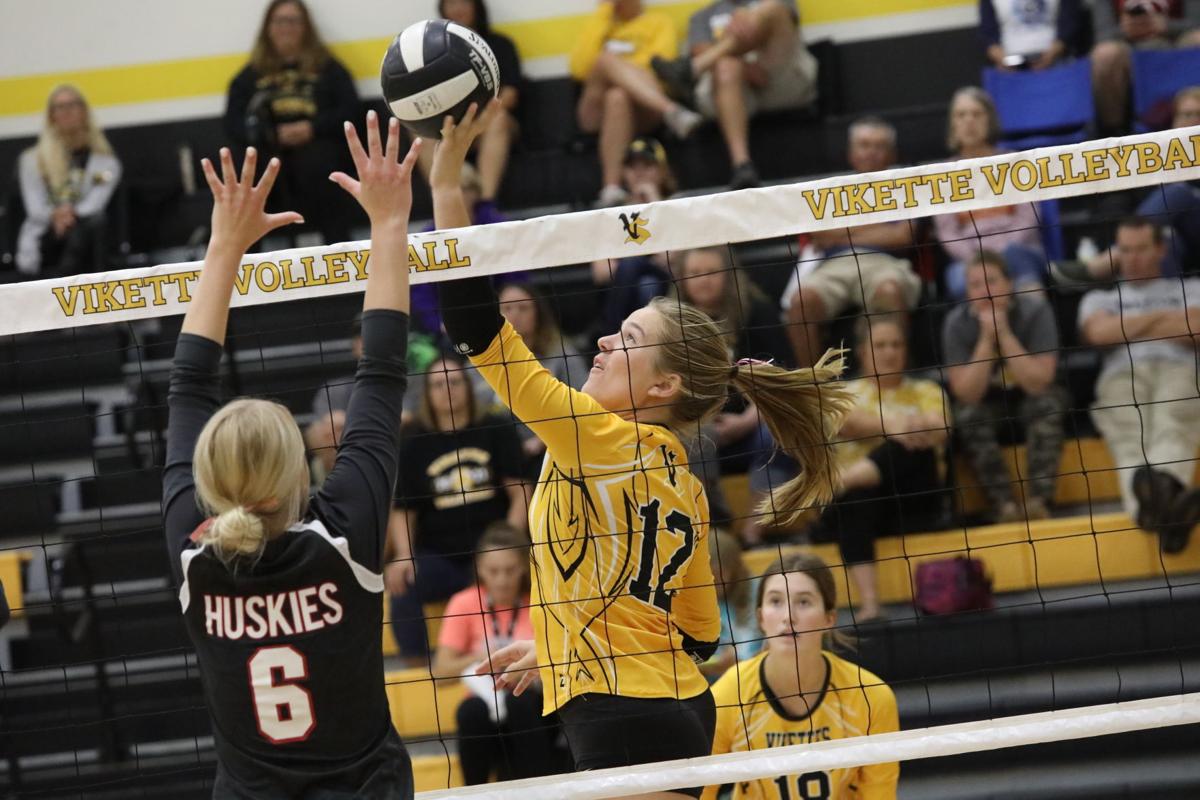 VS senior Sam Walton tips a ball against Nashua-Plainfield during the third match of the Vikettes’ home tournament on Saturday.

VS sophomore Julia Johnson digs up a ball during a match in Saturday’s tournament at VSHS.

VS senior Sam Walton tips a ball against Nashua-Plainfield during the third match of the Vikettes’ home tournament on Saturday.

VS volleyball played host to five other teams for a round-robin tournament on Saturday, winning their first three games before falling to West Delaware and a close match to Janesville to end their day 3-2.

“After a really competitive game with Benton on Thursday, it really helped us for this tournament,” coach Michelle Stepanek said. “The more touches these girls have playing with each other, the more consistent and competitive they become.”

The Vikettes opened their morning with a convincing 21-13, 21-9 win over Iowa Valley. Senior Brynn Patterson led VS with seven of their 23 kills. The Vikettes were also efficient at serving, hitting 39 of 41 (95.1 percent) successfully.

VS continued their success against Belle Plaine, taking the first set 21-9 before struggling in the second set 21-17. Kill errors affected the Vikette offense in the second set, with senior Sam Walton and junior Alyssa Griffith each hitting four kills.

The Vikettes third win came with some difficulty against Nashua-Plainfield (6-3) in 22-20, 21-16 win. Up as much as five points on the Huskies, serve receive miscues helped N-P bring the game within one before one final push by VS. The second set saw the Vikettes close out strong to sweep their first three opponents. Patterson led with seven kills as Walton, senior Aly Smith and junior Brylee Bruce each had six kills. Bruce also added 16 assists. Senior Kate Hyland totaled 10 digs in the win.

“The girls played their game and rallied back when they needed to,” Stepanek said. “I was impressed with how they played.”

The winning streak came to a close against 3A second-ranked West Delaware in a 21-8, 21-15 loss. Patterson and Walton each had four kills and Hyland seven digs in the loss.

The Vikettes looked to end their day on a high note against 1A 15th-ranked Janesville. VS looked well on their way of doing just that as they took the first set 21-16 and went up 19-14 in the second set. Missed serves gave the Wildcats new life and they were able to dig their way out to a 22-20 win and force a third set. Janesville would ultimately take the match 15-12. Patterson had 10 kills and three digs in the loss. Bruce tallied 18 assists and four kills, while Hyland had 14 digs and junior Abby Davis 10 digs.

“Janesville is always a solid team,” Stepanek said. “Both teams played well. It was fun to watch, kind of like Benton. We just didn’t finish.”

VS (7-6) will continue their season at East Marshall’s tournament on Saturday.