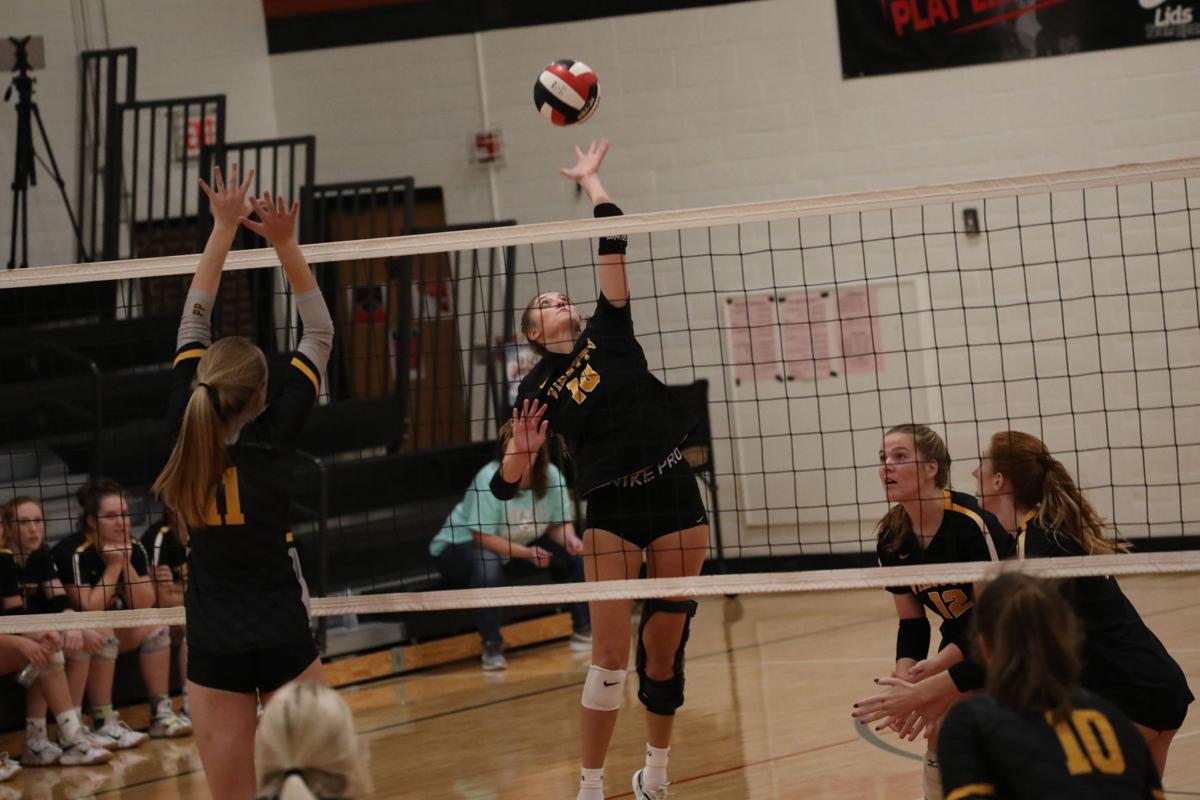 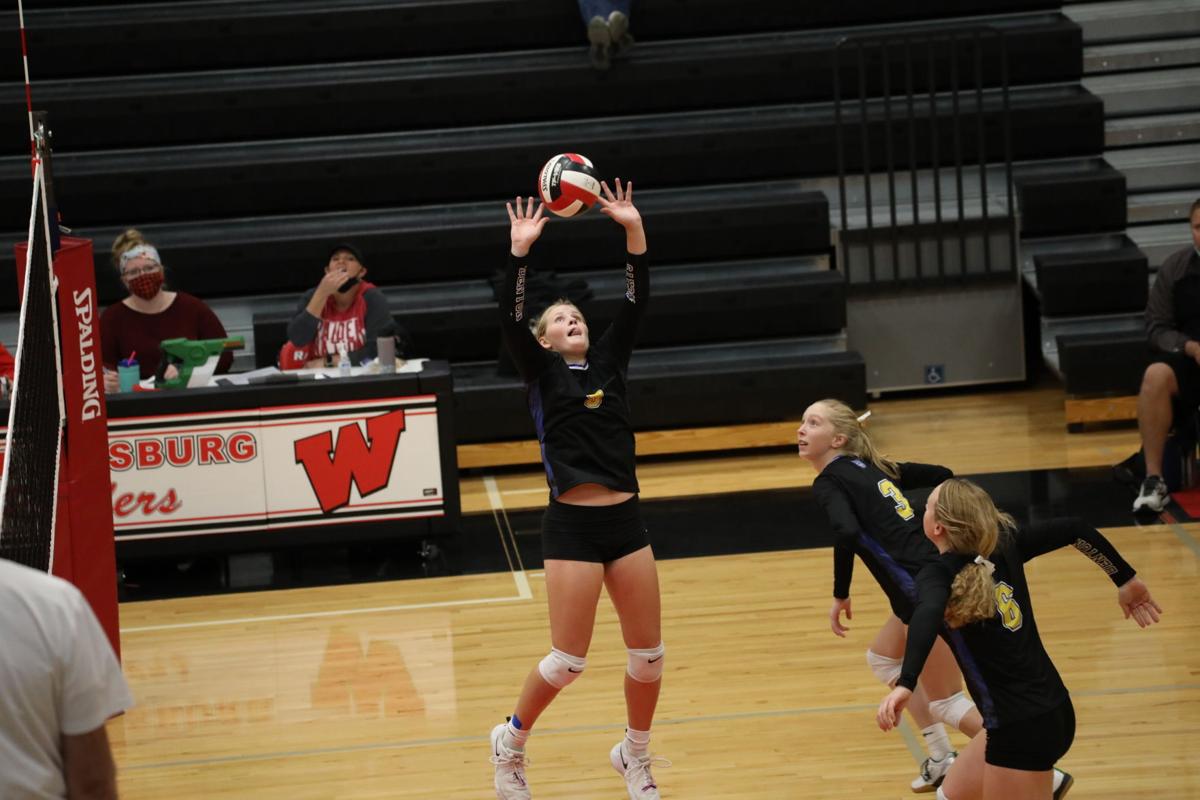 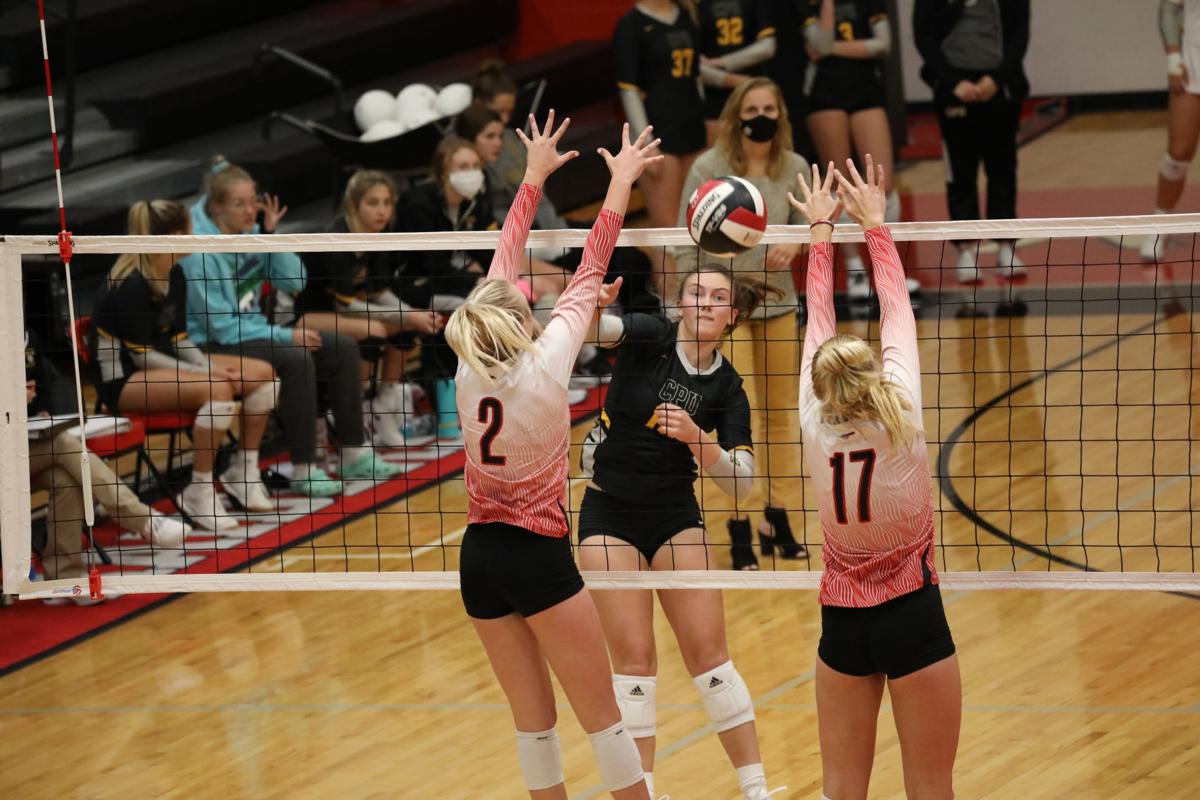 Vinton-Shellsburg volleyball finished their regular season on a high note as the Vikettes defeated Benton, Center Point-Urbana and fell to host Williamsburg in the WaMaC consolation bracket on Thursday.

Played in a three-game round robin format, the Vikettes had the tough first draw of the evening with host Williamsburg (16-15). The Raiders took the first set 21-12 as the V-S hitting could only string together six kills. The second set would see junior Brynn Patterson record five kills in a close 22-20 loss to the Raiders.

“I’m very proud of our night overall,” coach Michelle Ruess said. “We could have fallen apart and just given up after that tough loss to Williamsburg. Instead, we fought hard and got back at CPU and against a very scrappy Benton team.”

While CPU would take the first set 21-18, V-S struck back with a balanced attack to win the second set 21-17 and the third set in quick fashion 15-8. Patterson and sophomore Brylee Bruce each had five kills, while junior libero Kate Hyland had 12 digs and senior Kayla Griffith three blocks in the win.

CPU’s struggles in the tournament, however, started before taking the court against rival V-S. The Stormin’ Pointers faced Benton for the third time this season in the first round of the consolation bracket, having defeated the Bobcats twice. A third matchup found CPU up after the first set 23-21, but unable to contain an improved Benton squad as the Bobcats won the second set 21-19 and the third 15-9. Grace Embretson led Benton with 11 kills, 10 assists and six digs.

“I’m pleased with the way the girls hustled and went after everything,” Benton coach Mike Embretson said. “You can see that our level of play has definitely gone up.”

CPU ended their day with a loss to Williamsburg, finishing 0-3 on the evening. The Stormin’ Pointers were without several key starters due to injury and illness, but hope to get back on track for their Regional matchup against Independence on Monday.

“This team has been dealt a rough hand lately, but our girls have done the best they can with what they have,” CPU coach Michelle Halac said. “We have players stepping into new positions and handling it with grace. Our focus now is to get better and get ready for Monday.”

The Vikettes ended their night with a match against Benton, who they defeated in Vinton on September 3 3-0. V-S coasted through the first set 21-13, but faced a tougher defensive challenge in the second set 21-18. Junior Aly Smith led the Vikettes with seven kills and went seven of seven serving with one ace. Hyland had 18 digs in the win.

“Everyone is back to 0-0 when it comes to Regionals,” Ruess said. “It’s going to come down to who has the less errors and who wants it the most.”

Vinton Newspapers will have coverage of V-S at Monticello on Monday with first serve at 7:00 p.m. For game updates, follow @cjeilers on Twitter and check out highlights in Friday’s Cedar Valley Times.