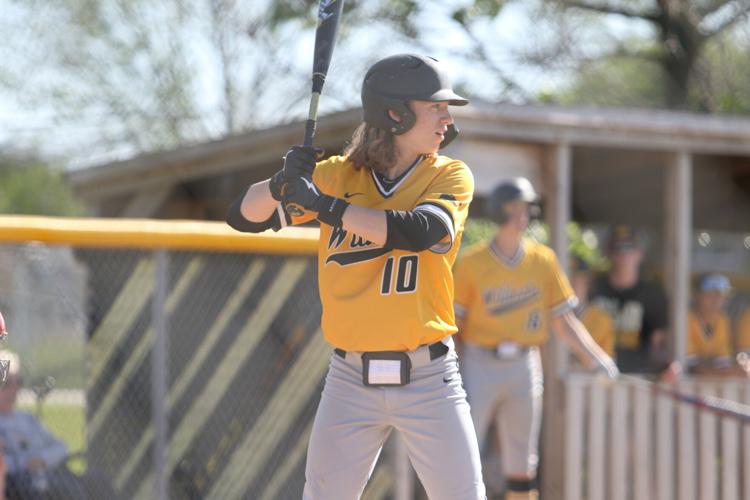 Above: Keegan Eastman waits for a pitch against Riceville. Right: Abram Wrage hits the ball against Waukon. 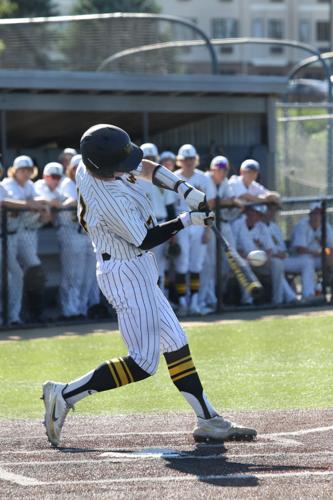 Above: Keegan Eastman waits for a pitch against Riceville. Right: Abram Wrage hits the ball against Waukon.

Janesville was in complete control against North Tama behind the big bat of junior Keegan Eastman.

In the Iowa Star Conference game, the Wildcats jumped out to an early lead, scoring two runs in the first inning and not looking back.

After the second inning with no runs scored by either team, Eastman broke things open in the third inning. Eastman hit a deep fly ball that travelled over the fence for a two-run home run.

Senior Jared Hoodjer followed that up with a three RBI bases-clearing double to extend the Wildcat’s lead to 7-0. Two more runs in the inning helped push the lead even further to 9-0.

Starting pitcher, Tyler Hoodjer, was nearly perfect on the mound. Through the five innings of the game, 15-run mercy rule took effect after the fifth inning, Tyler Hoodjer pitched a complete game with six strikeouts and only allowing two hits.

The Wildcats weren’t done with the scoring though. In the fourth inning, they tacked on five more runs, making the score 14-0, behind Tyler Hoodjer’s strong pitching performance.

Eastman blasted his second home run of the game and the season in grand slam fashion. The four RBI home run pushed his total for the game to seven RBIs and extended the lead to 18-0.

Janesville would go on to add one final run to end the scoring and win the game 19-0.

Leo Dodd was perfect at the plate going 4-4 with one double and a hit by pitch. Dodd also pitched in four RBIs of his own. Jared Hoodjer’s bases-clearing double was his only hit of the game but he added another RBI on a walk.

The win brought Janesville’s record to 10-5 on the season and they will play next against Collins-Maxwell at home on Wednesday.

The Waverly-Shell Rock Go-Hawks travelled to Decorah to take on NEIC rival Decorah for a double header. The double header also had implications for the top spot in the conference.

Chance Key continued his dominance on the mound throwing a complete game with 14 strikeouts and not allowing a run.

W-SR edged out a 2-0 win in game one behind runs by Dylan Stockdale and Abram Wrage.

The Go-Hawks’ bats came alive in the second game, always matching Decorah’s runs. Two four-run innings propelled the Go-Hawks to a 10-8 win and sole possession of first place in the conference.

They will play next Thursday at Charles City in a conference game.