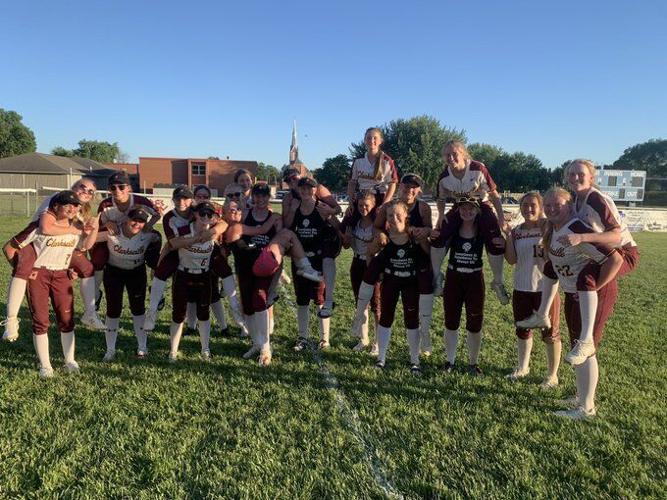 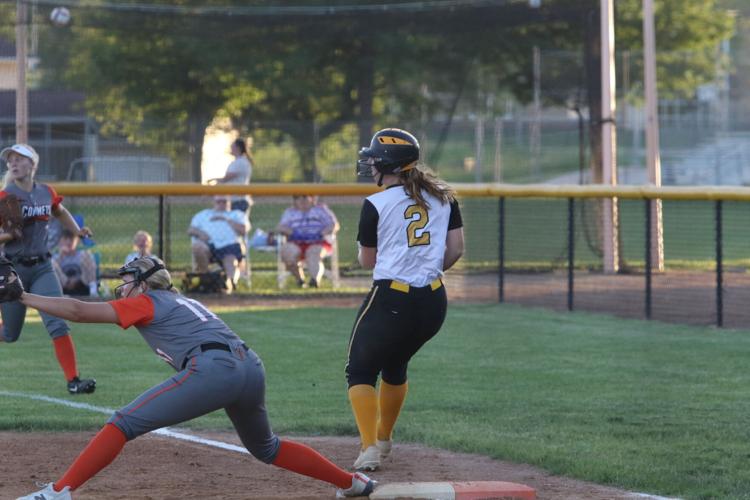 Emma Thompson beats out a throw at first.

Emma Thompson beats out a throw at first.

After a slow start to the season, the Go-Hawk softball team has become red-hot.

In the double header against Crestwood, Sally Gade started off in the circle.

Crestwood started off the scoring with two runs in the first to jump out to the early lead.

W-SR wasn’t behind for long though as they scored two runs of their own in the top of the second inning.

A pitching change in the bottom of the third brought in Maya Willey to try and keep the Cadets off the board. And that is exactly what Willey did.

In the five innings that she pitched, she threw four strikeouts and only allowed one run in the bottom of the seventh inning.

Emma Thompson broke the tie for W-SR with a three-run home run to opposite field to give the Go-Hawks the 8-5 lead late in the game.

The one run by the Cadets in the bottom of the seventh was no harm to the Go-Hawks as they won game one of the double header 8-6 and pushed their winning streak to three.

In game two, Willey was in the circle to start the game and was hoping to keep the momentum from game one.

Crestwood jumped out to an early lead in the first inning, scoring five. W-SR added one run of their own to make it 5-1 after the first.

The Cadet bats came to play in game two as they added five more runs in the second and forced a pitching change for W-SR. Kiyrah Karstens came in for relief in the middle of the second inning.

W-SR added three runs in the bottom of the third to make the score 11-4. The runs staved off the 10-run rule for at least another inning.

Crestwood added another two runs in the top of the fourth to extend their lead. Despite that, the Go-Hawks matched them, in what would be the final runs of the game for them, to bring the score to 13-6.

The Cadets added three more runs in the game to take game two 16-6.

Emma Thompson stayed hot in the second game, going 3-3 with two doubles and two RBIs and a walk.

The win and loss moved W-SR’s record to 5-10 on the season and they will play Decorah at home on Thursday.

Behind the strong arm of senior Sierra Vance, the Indians boast an undefeated record. The closest margin of victory for Clarksville throughout the season is three.

A 4-0 win over Don Bosco last week helped clinch the title for the Indians. A four-run sixth inning boosted the Indians to victory.

Sophomore Mollie Bloker added two of the RBIs with a double. Bloker went 1-3 in the game. Jenna Myers and Hannah Wangsness each added one RBI.