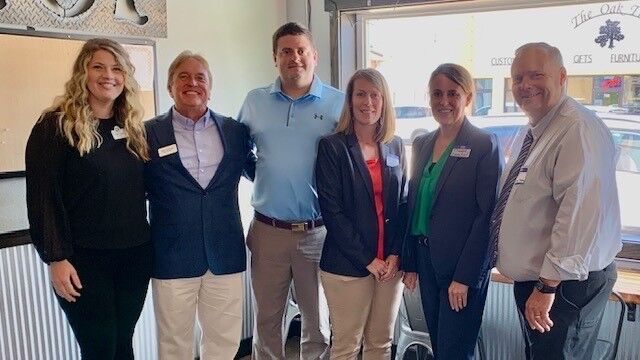 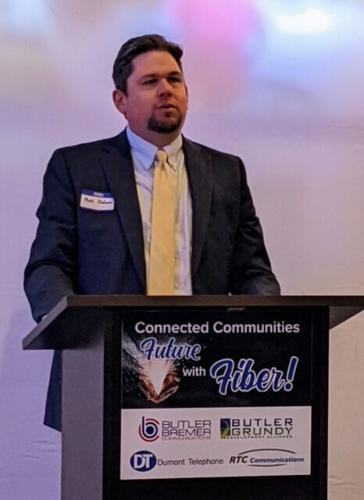 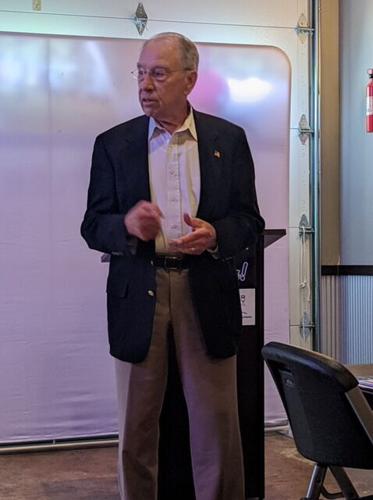 Above left: OCIO CIO Matt Behrens spoke at the “Connecting Communities — Future with Fiber” event. Above right: Senator Chuck Grassley made an appearance and spoke with attendees.

Above left: OCIO CIO Matt Behrens spoke at the “Connecting Communities — Future with Fiber” event. Above right: Senator Chuck Grassley made an appearance and spoke with attendees.

Three local communications companies hosted an event called “Connecting Communities – Future with Fiber” event in late August in Plainfield. The intent of the event was to celebrate the extensive work they’ve already done to bring fiber Internet to residents in Butler and Bremer counties, as well underscore expansion plans that are in the works.

“As the service area maps show, our three companies have done an excellent job of using the funding options available to us to serve our traditional areas, and to start to build fiber to our underserved neighbors,” said Roger Kregel, General Manager for Dumont Telephone Company. “Small companies like ours know how to deliver fiber to rural customers. We appreciate the new funding programs that are in place to assist our continued work.”

Collectively the three companies serve 17 communities and most often the surrounding rural areas too; they have invested more than $43 million to construct nearly 1,100 miles of ultra-fast fiber, which serve nearly 11,000 homes/businesses in Butler and Bremer counties.

According to Andrea Hansen, CEO of Butler-Bremer Communications, the three companies are in the process of or planning to serve 5 additional communities; they’ll spend $17.5 million on 320 more miles of fiber to deliver fiber Internet to 2,300 more homes/businesses in the next few years.

“Practically speaking fiber allows people in our service areas to stream video, shop, work, go to school, and much more – on multiple devices all at the same, using the most secure network available. Our networks are currently capable of giving EVERY customer 1,000Mb (1 Gig) both download AND upload. Other networks can’t do that, and without fiber from us customers will be left behind,” stated Hansen.

“Fiber is the future and companies like ours are the ones who know how to get it done for the still underserved customers in Iowa. At the same time, fiber is expensive to build, especially outside our incumbent areas, so we appreciate the efforts of state and federal officials to assist our companies get access to the low-cost funding we need,” concluded Kregel.