Skip to main content
You are the owner of this article.
Edit Article Add New Article
You have permission to edit this article.
Edit
Welcome, Guest
Home
News
Sports
Opinion
Obits
Lifestyle
Multimedia
Classifieds
Marketplace
Share This
1 of 7 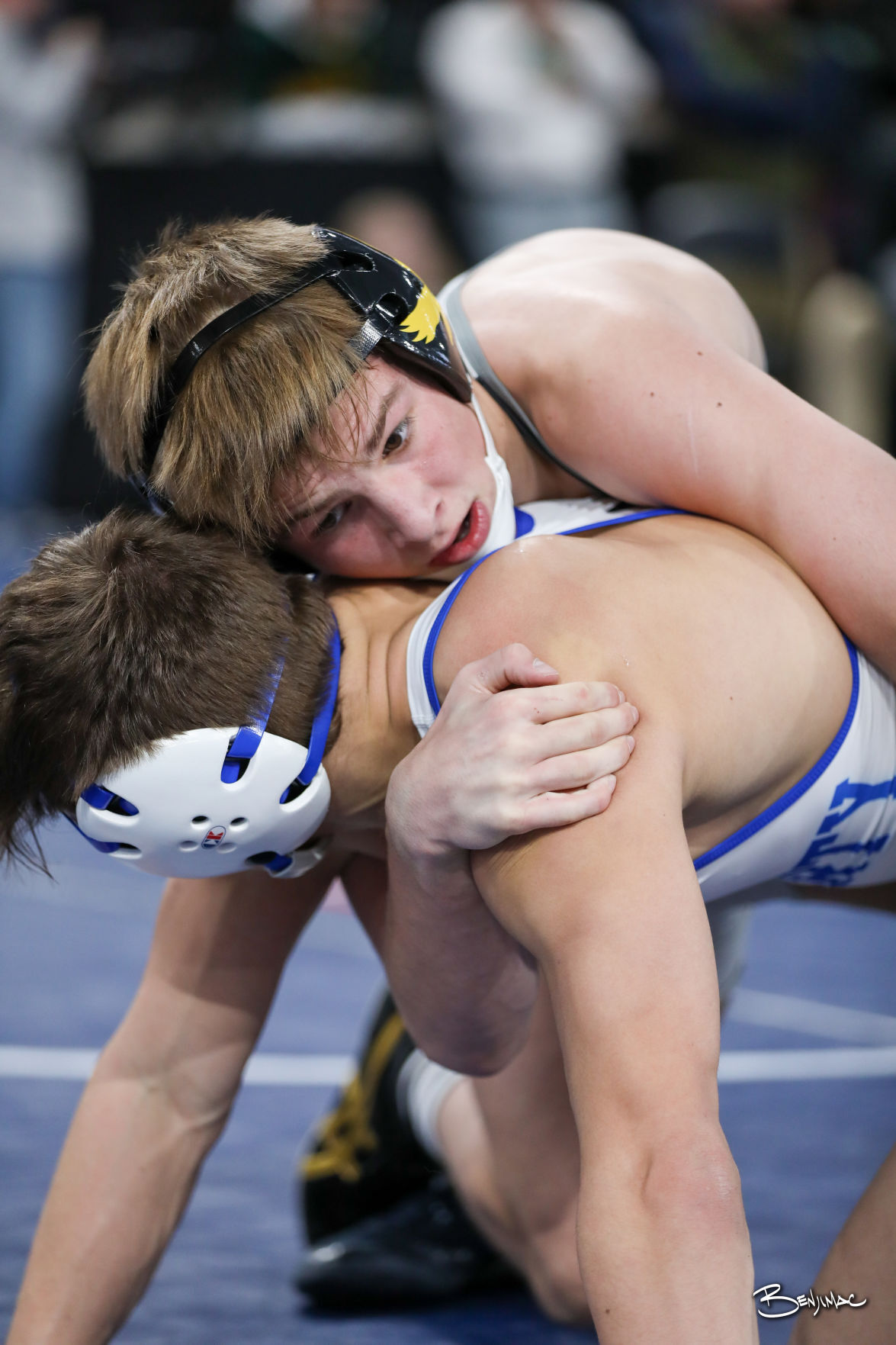 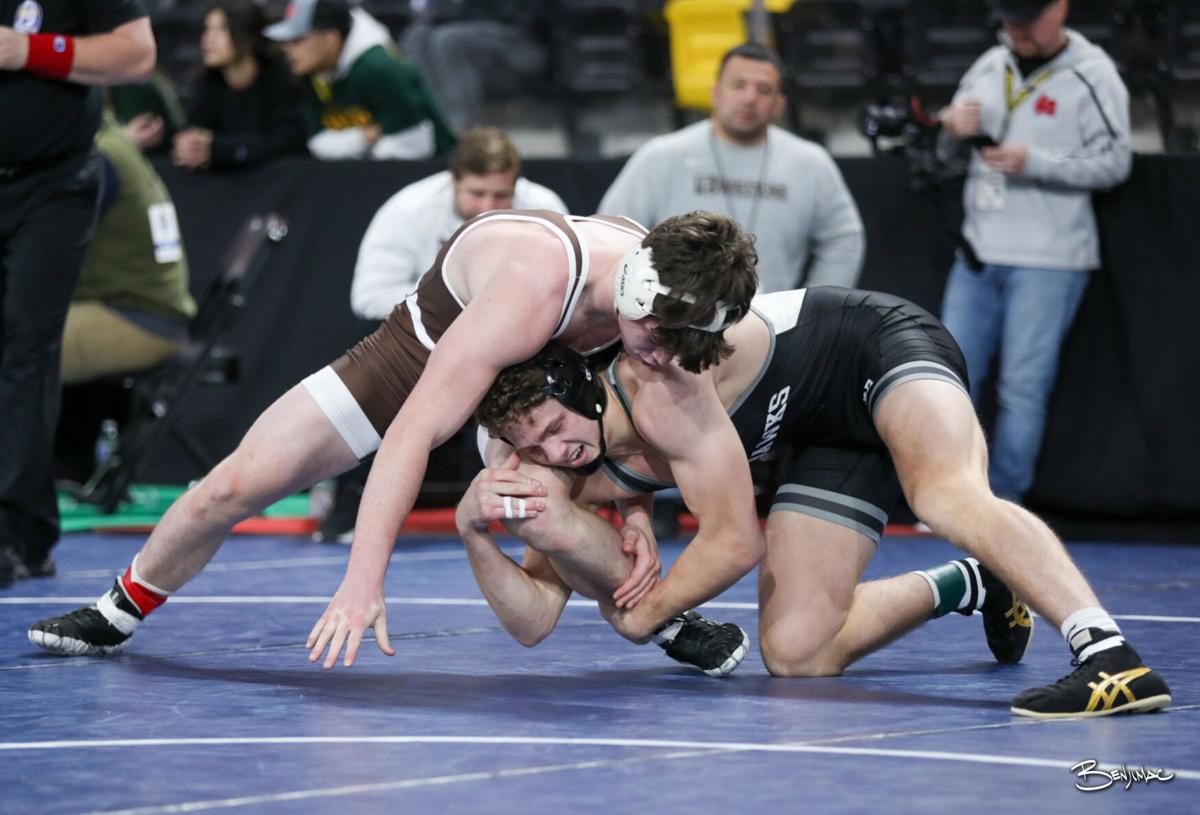 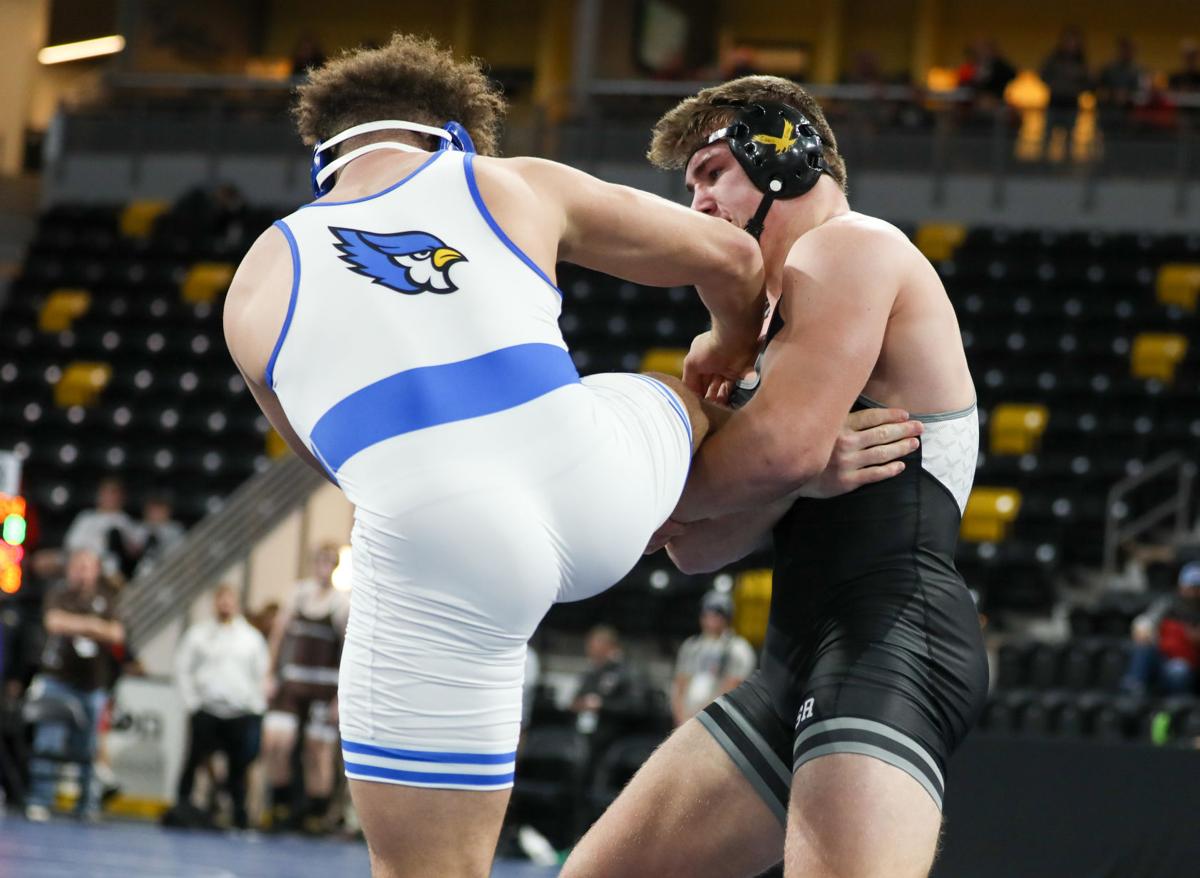 McCrae Hagarty was a runner-up at 195 pounds in the Dan Gable Donnybrook Saturday in Coralville. 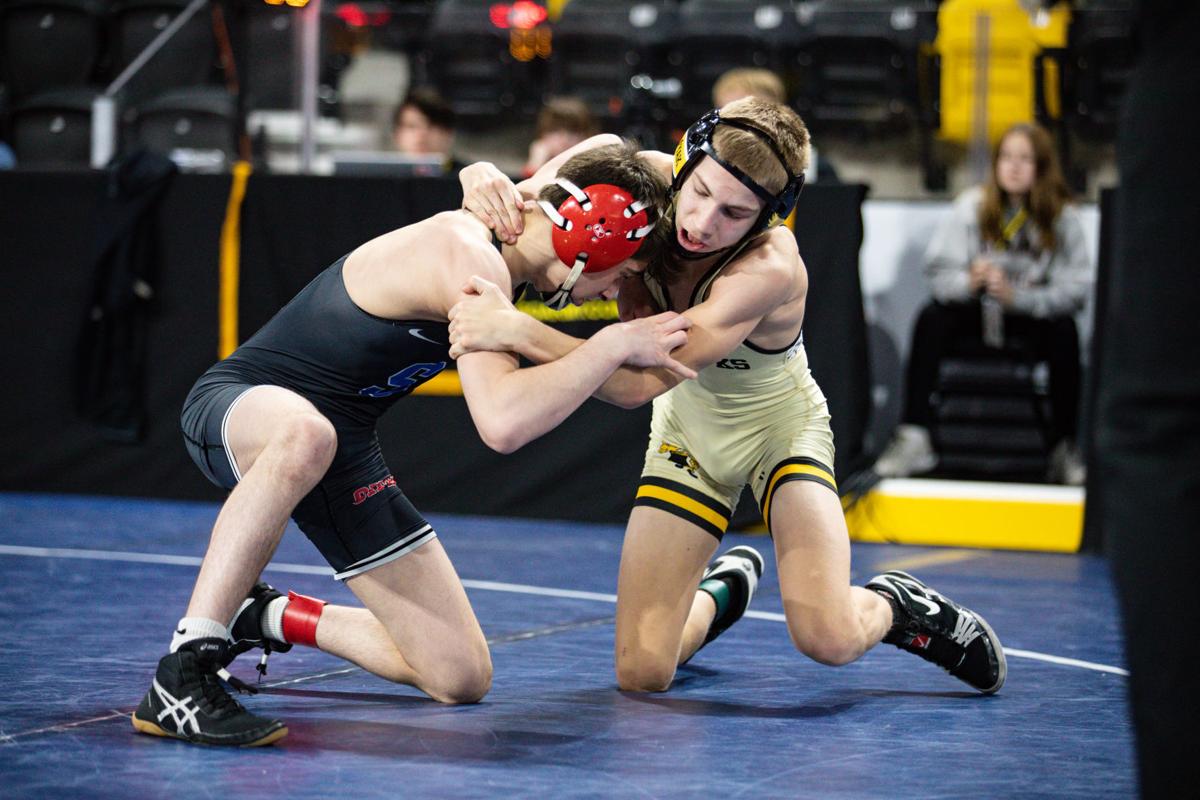 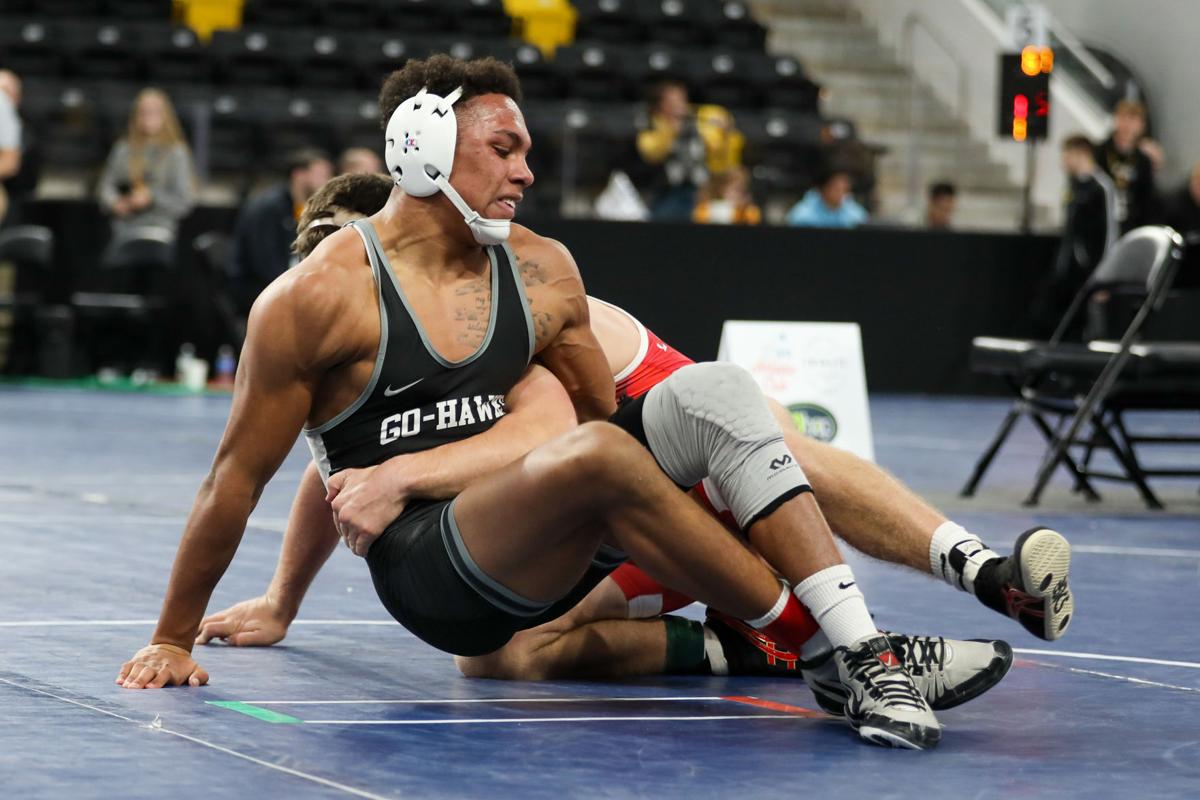 Sean Mwangi earned a sixth-place finish at the Dan Gable Donnybrook in Coralville. 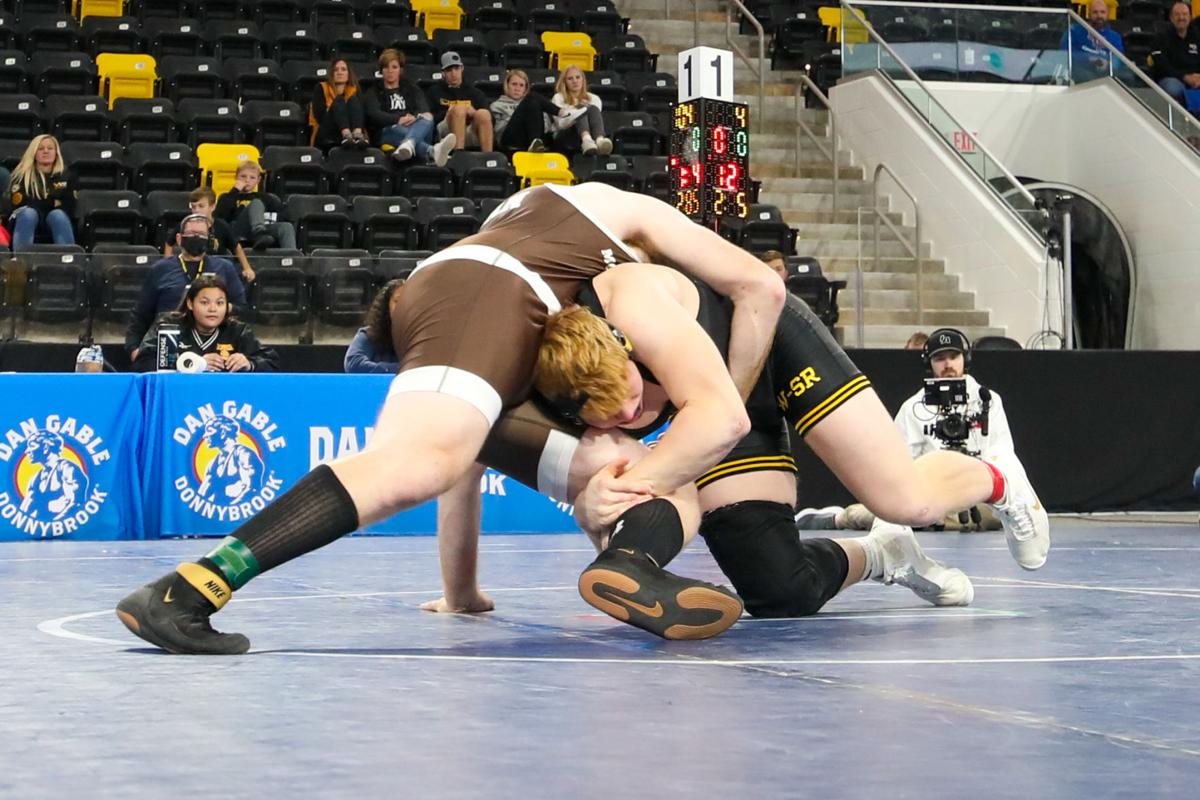 Jake Walker of W-SR tries a shot on Mount Carmel's (Chicago) Ryan Boersma in the 285-pound championship match at the Dan Gable Donnybrook Saturday in Coralville. 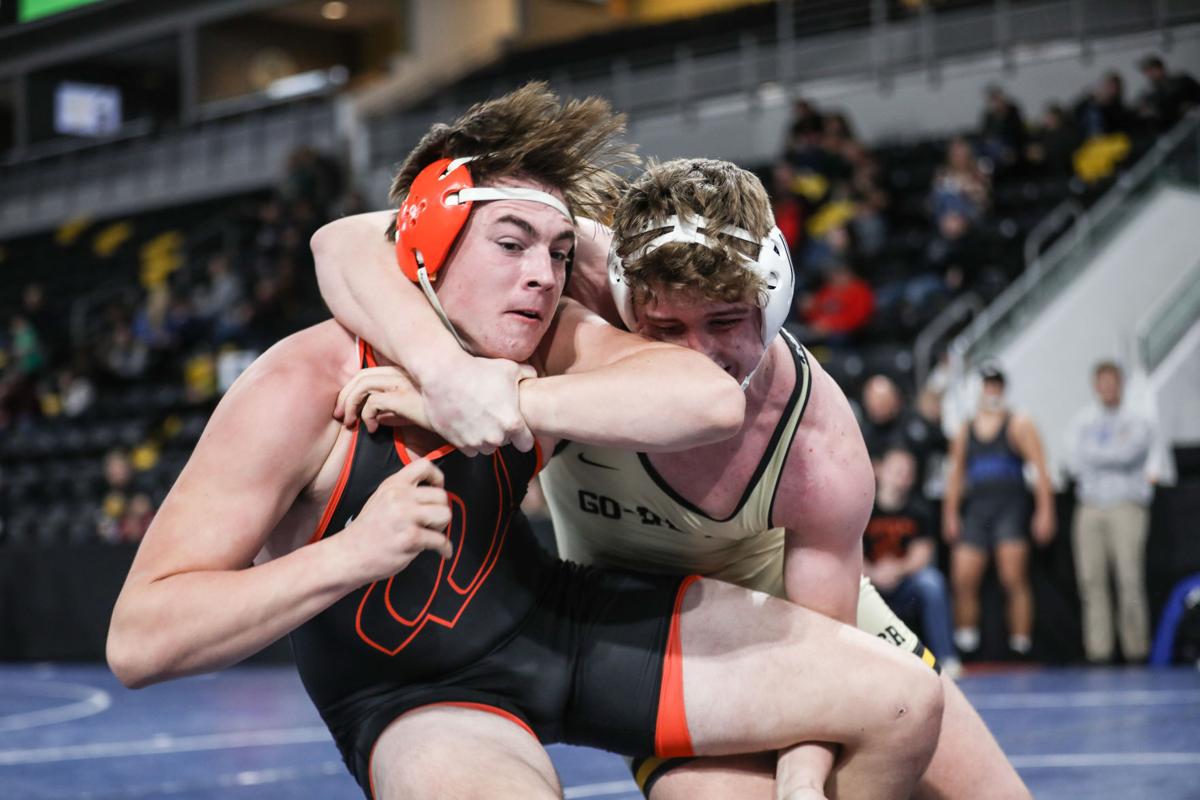 McCrae Hagarty was a runner-up at 195 pounds in the Dan Gable Donnybrook Saturday in Coralville.

Sean Mwangi earned a sixth-place finish at the Dan Gable Donnybrook in Coralville.

Jake Walker of W-SR tries a shot on Mount Carmel's (Chicago) Ryan Boersma in the 285-pound championship match at the Dan Gable Donnybrook Saturday in Coralville.

CORALVILLE — The Waverly-Shell Rock wrestling team is considered one of the best in the state of Iowa, but this weekend, they found out how they stand against other top programs in the nation.

The Go-Hawks faced off with wrestlers from 32 other teams across the Midwest at the inaugural Dan Gable Donnybrook Friday and Saturday at the Xtream Arena in Coralville. When the dust settled, W-SR, the 11th-ranked team in the U.S. by Track Wrestling crowned two champions and had four others finish in the top four while finishing second as a team behind No. 10 Liberty (Missouri).

W-SR head coach Eric Whitcome said the competition at the Donnybrook was “extremely good” and gave his squad a measuring stick on where they stand against teams from other states.

“There were five and seven teams that were ranked within the top 15 in the country,” Whitcome said. “I thought our guys competed really well. I think the positives of it is I think our team has the capability to be really special.

“I think the positive of having the event as tough as this is that it exposes us in areas that we’ve got to make some adjustments. If it wasn’t for a competition at this level, I don’t think that we would have been exposed to the areas that we were. We’re grateful for that, and the conversations we had at the end of the tournament was we wrestled pretty well, but I asked them… ‘You guys want to keep the bar really high, right?’ and they all acknowledged the fact they wanted to be something greater than even just the best.”

The Go-Hawks’ individual champions were Ryder Block at 138 pounds and Aiden Riggins at 160. McCrae Hagarty (195) and Jake Walker (285) were runners-up, while Layne McDonald (220) finished in third and Bas Diaz (145) grabbed a fourth-place medal.

Block opened with a technical fall, 23-8 in 5 minutes, 15 seconds, over Joseph Kennedy, of Kasson-Mantorville, Minnesota, then had a decision over Waukee Northwest’s Logan Stotts, 7-3, a 15-7 major over Owen O’Connor, of Joliet, Illinois, Catholic Academy, a 5-1 decision vs. Liberty’s Easton Hilton, and beat Chase DeBlaere, of Simley, Minn., 3-2, for the championship.

Riggins got bonus points in each of the first three rounds. He pinned Alex Limonciello, of Huntley, Illinois, in 1:18, got a tech fall over Merrick Murray, of Staley, 17-2 in 4:21, and threw Kenny Siwicki, of Marmion, in 29 seconds. In the semifinals, Riggins took an 8-4 decision over Mount Carmel’s Colin Kelly, and he followed that up with a 9-2 victory over David Brooks, also of Staley, for the gold.

Hagarty got back-to-back pins to start his tournament, in 1:34 over Lebanon, Missouri’s Ben Cooper and 40 seconds over Bellevue, Nebraska, West’s Logan Glasgo. Then he got decisions of 8-2 over A.J. Peterson, of North Scott, in the quarters, 4-3 over Wentric Williams III, of Liberty, in the semis, before dropping a 5-2 decision to Kasson-Mantorville’s Kail Wynia in the final.

Walker also had plenty of bonus points in his route to the final. He pinned Heath Parrish, of Kasson-Mantorville, in 53 seconds, followed by a 13-2 major over New Lenox, Illinois, Lincoln-Way West’s Jake Ziemniarski, a pin in 1:02 of Brett Pelfrey, of Iowa City West, and an injury default against Jeremiah Cabuyaban, of Liberty. However, Mount Carmel’s Ryan Boersma took care of Walker in 2:29 for the title.

McDonald blitzed past Huntley, Illinois’ Tyler Cerney in 1:26 before dispatching Apple Valley, Minnesota’s Conner Elliott in 4:25. He then won a barnburner in a 17-14 decision over Lincoln-Way West’s Michael Sneed, before getting pinned by Simley’s Gavin Nelson in 18 seconds. McDonald bounced back in the third-place bout with a 2:00 fall over Marmion’s Sean Scheck.

Diaz got three straight decisions to start his journey, 9-4 over Tegan Chumbley, of Marmion, a 12-2 major over Waukee Northwest’s Dom Rubino, and 7-3 over Omaha, Nebraska, Skutt Catholic’s Adam Kruse. However, DeKalb’s Tommy Curran earned a 6-2 decision in the semifinal, and Dustin Bohren, of Bettendorf, took third with a 3-1 decision.

Whitcome, the W-SR coach, believes the Go-Hawks are in a good place among Iowa Class 3A competition, and some of the better teams in the U.S. at the high school level are in that grouping, with two others in the top 15.

He said his team tied for the most semifinalists with six, and bettered Liberty head-to-head 4-1.

“When you look at that and look at that they beat us (in the team standings)… that was a positive light that we’re in the mix with the top 10 high school teams in the country,” Whitcome said, “which is absolutely awesome.”

MANCHESTER — On Thursday, the Go-Hawks won its season-opening dual meet over West Delaware, 49-21.

“Unfortunately, we never see those guys in a traditional setting,” he said. “It was a big deal for us to get a W there, just because they’ve had our number in the last couple of years in dual meets. We thought we had something to prove there.”

He added that Riggins, who is the top-ranked 160-pounder in Class 3A by IAWrestle.com, only had two practices before the meet.

“I thought our guys performed well,” Whitcome said. “We had some opportunities that we missed in the dual, but coming out of the gates, we wrestled hard. We were better conditioned than them, no doubt.

“I thought we were the aggressors, and I thought, takedown-wise, it was 27-13, we were definitely the aggressors in the dual. On the flipside, our guys were also thinking about having to make weight for the next two days.

“With all of the factors going into it, I thought our guys performed really well.”

Partly cloudy skies in the morning will give way to cloudy skies during the afternoon. High 21F. Winds NW at 10 to 15 mph.