Skip to main content
You are the owner of this article.
Edit Article Add New Article
You have permission to edit this article.
Edit
Welcome, Guest
Home
News
Sports
Opinion
Obits
Lifestyle
Multimedia
Classifieds
Marketplace
Share This
1 of 14 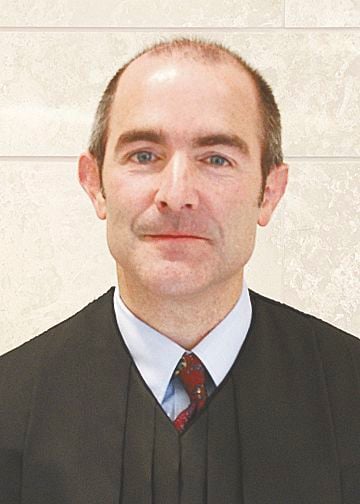 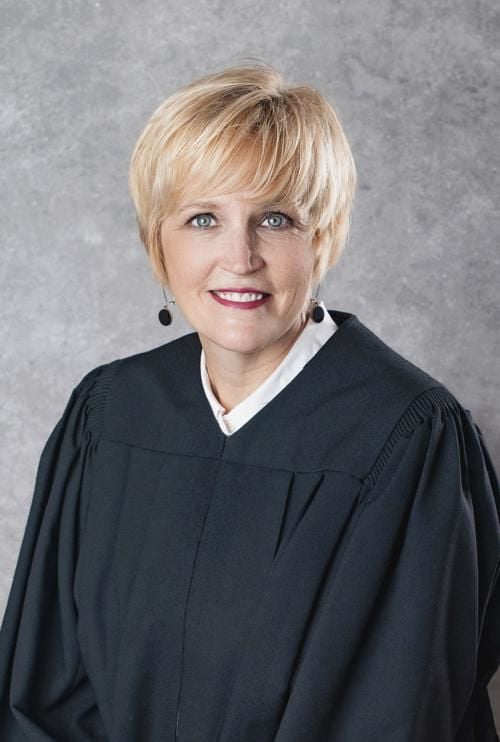 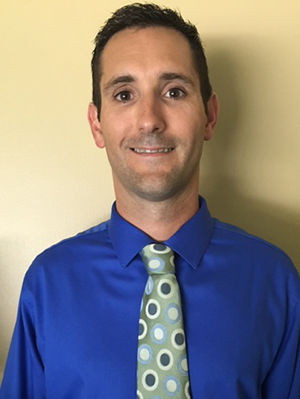 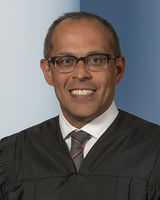 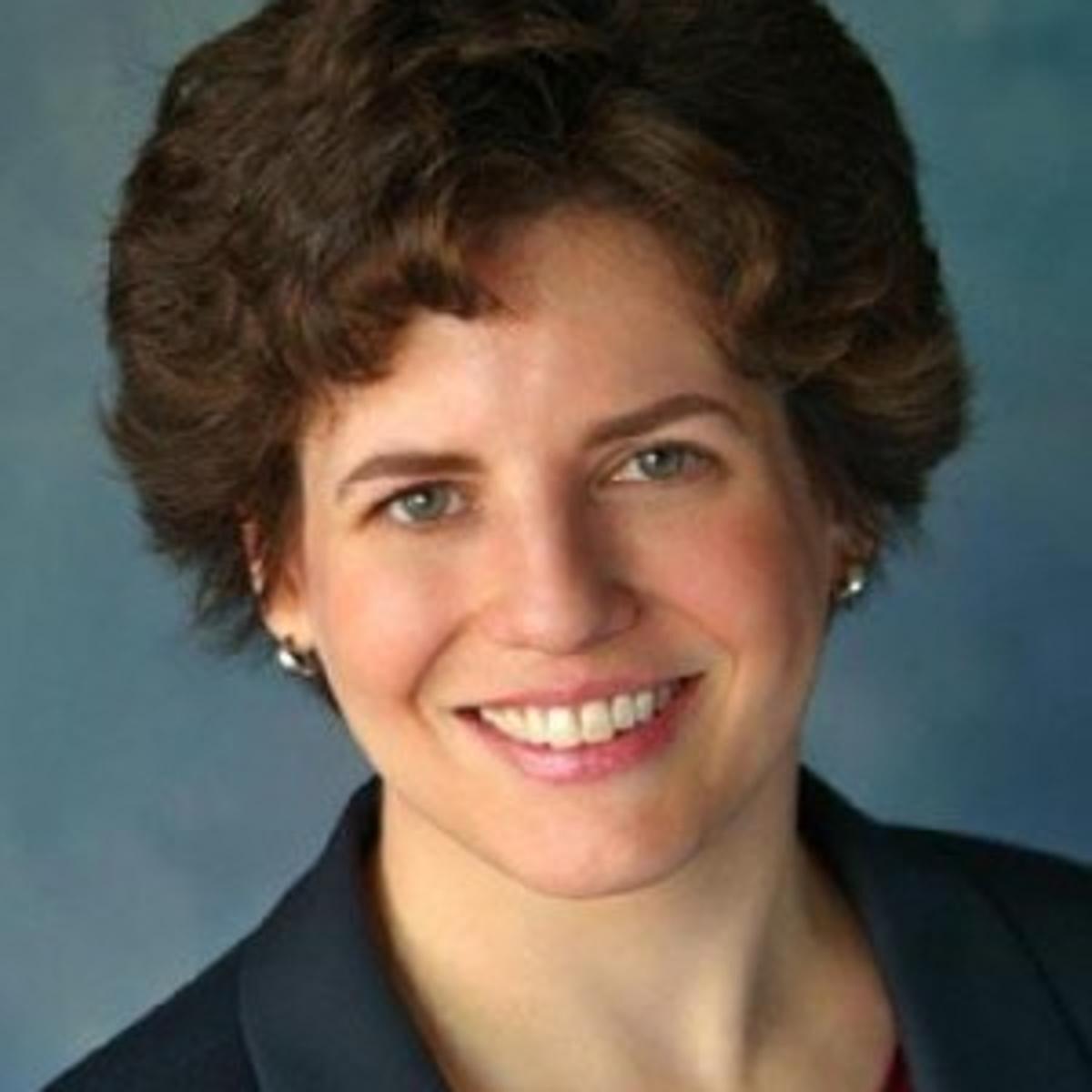 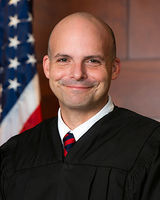 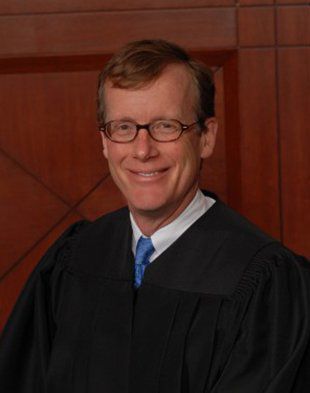 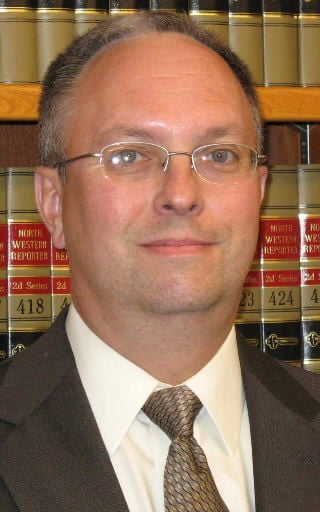 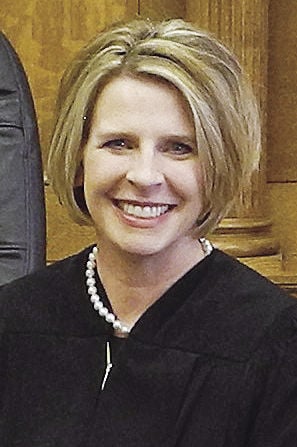 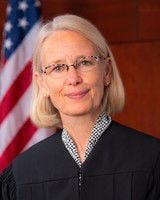 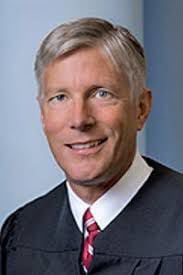 As Iowans contemplate whether to go to the polls in person in a coronavirus environment on Nov. 3 or opt to cast an absentee ballot in the safety of their own home, voters would also get the opportunity to pick not just representatives for federal, state and local offices, but also have a say in retaining or removing the judges that serve them in district or appellate courts.

A just released report called the 2020 Iowa Judicial Performance Evaluation details the findings of a survey conducted by the Iowa State Bar Association. The ISBA issues the rankings prior to the elections on even-numbered years.

The questions asked of attorneys this year when the courts were impacted by COVID-19, as were other operations of institutions and businesses, remained the same as in previous years.

“We don’t believe the COVID situation had much impact on the amount of responders, since it was all done digitally,” said Melissa Higgins, the communications director of the Iowa State Bar Association. “We had a similar number of respondents (in fact slightly higher) than 2016. COVID would mean that attorneys haven’t been in front of judges as often recently, but attorneys who responded were supposed to certify that they had direct contact and information on the judges they reviewed.”

A total of 87 district judges along with four in the Court of Appeals and four Iowa Supreme Court justices are up for retention this year.

Adopted in 1962, through a constitutional convention, the process of judicial retention, called a merit selection system, aims at ensuring fair and impartial judiciary by focusing on the competence of jurists. It also allows voters to have a say in the judicial system.

Justices have an eight-year term. Appeals and district court judges have six-year terms, and magistrates have four-year terms.

To help voters make informed decisions, the ISBA has developed and deployed a survey of attorneys who frequently appear before the judges to rate their performance on eight questions covering their professional competence, such as knowledge of the law, attentiveness to arguments and testimony, and promptness of rulings, among others. The appellate courts justices are rated on six questions in that area.

The survey, which this year was filled out by 1,497 lawyers, also features four questions about judicial demeanor, such as their patience with litigants, equal treatment of people and the avoidance of undue personal observations, among others.

To review the results of the ISBA survey, go to judicialfacts.org.

BRIEF BIOGRAPHIES AS PRESENTED BY THE IOWA STATE BAR ASSOCIATION

Judge Foy, Waverly, was appointed to the bench in December of 2007. He earned his bachelor’s degree in Chemistry from the University of Northern Iowa in 1984. He graduated with High Distinction from the University of Iowa College of Law in 1987. Judge Foy practiced law in Minneapolis, Minnesota from 1987 — 1991, and in Waverly from 1991 — 2007. Judge Foy is a member of the Bremer County, District 2A and Iowa State Bar Associations. He is married and has four children.

Judge Rosenbladt, Mason City, was appointed as a District Associate Judge in October 2008, and as a District Judge in August 2012. He earned his AA degree from Waldorf College in Forest City, Iowa in 1982, his BA degree from Wartburg College in Waverly, Iowa in 1984, and his law degree from the University of Iowa in 1987. Judge Rosenbladt practiced law in a private firm from 1987 to 1989, and then was an Assistant County Attorney in Cerro Gordo County (Mason City) from 1989 until 2008. He is a member of the Iowa State and Cerro Gordo County Bar Associations. He is married and has one daughter.

Judge Schroeder, Osage, was appointed to the district bench in May of 2012. Judge Schroeder graduated from the University of Iowa in 1991, and earned her law degree from the University of South Dakota in 1994. Judge Schroeder practiced law in private practice until her appointment to the district bench and served as a judicial magistrate from 2005 — 2012. She is a member of the Floyd and Mitchell County Bar Associations, the Iowa and 2A Bar Associations, and the Iowa Association of Women Lawyers.

Judge Weiland, Mason City, was appointed to the district bench in July of 2007. She earned her undergraduate and law degrees from the University of Iowa. Judge Weiland engaged in the private practice of law for four years and has instructed for North Iowa Area Community College and Buena Vista University. She served as a judicial magistrate from 1997 — 2007. Judge Weiland is a member of the Cerro Gordo County, District 2A, Iowa State, and American Bar Associations, the Iowa Judges Association and the Iowa Organization of Women Attorneys.

Judge Salic, Garner, was raised near Manson, Iowa, and graduated from Buena Vista College before obtaining her law degree from Southern Methodist University. Before being appointed to the bench, Judge Salic was in private practice for two years, an assistant Hancock and Kossuth County Attorney for one year and the Hancock County Attorney for over twelve years. She is a member of the Hancock County Bar Association and the Iowa Judges Association.

Judge Sauer was appointed as a District Associate Judge effective February 23, 2018. He received his Business Administration degree from Grand View College in 2004 and his law degree from William Mitchell College of Law in 2008. After receiving his law degree, Judge Sauer was in private practice until 2008. He then served as Winnebago county attorney and Assistant Worth county attorney until his appointment to the bench. Judge Sauer served on the Iowa Supreme Court Grievance Commission Attorney Disciplinary Board from 2011-2017.

Judge Soorholtz-Greer, Marshalltown, was appointed to the Iowa Court of Appeals in April 2019. She received double undergraduate degrees in Psychology and Child Development from Iowa State University and her law degree from the University of Iowa College of Law. Before her appointment, Judge Soorholtz-Greer practiced law with Cartwright, Druker & Ryden in Marshalltown. She is a member of the American College of Trial Attorneys.

Judge Schumacher, Schleswig, was appointed to the Iowa Court of Appeals in August 2019. She was raised in rural Sioux County, Iowa. Judge Schumacher earned her bachelor’s degree from the University of South Dakota in 1990, double majoring in communications and English. She was awarded her law degree from Creighton University School of Law in 1993. Judge Schumacher spent nearly 20 years in private practice in Denison, Iowa. She also served as a prosecutor for Crawford County, as an assistant city attorney for Denison, and as a hospitalization referee. She was selected as a district associate judge for the Third Judicial District in December 2012 and appointed to the district court bench in January 2017. Judge Schumacher is a current co-chair of the Judicial Technology Committee, current cochair of the Family First Task Force, and a member of the Business Advisory Committee for the Electronic Document Management System. She has previously served on the Iowa Supreme Court Grievance Commission and the Iowa Supreme Court Unauthorized Practice of Law Commission. She has served as a faculty member for new judge orientation, as a grade examiner for the Iowa bar exam, and has been a frequent presenter for continuing legal education on the topics of juvenile law, family law, and ethics. Judge Schumacher is a member of the Crawford County Bar Association, the Iowa Judges Association, and The Iowa State Bar Association.

Chief Justice Christensen, Harlan, was appointed to the Iowa Supreme Court in 2018. The members of the court selected her as chief justice in February 2020. She was born and raised in Harlan, Iowa. She earned her bachelor’s degree from Judson College in 1988 and her law degree from Creighton University School of Law in 1991. Prior to her appointment to the supreme court, Chief Justice Christensen was appointed a district associate judge in 2007 and a district court judge in 2015. Before becoming a judge, she practiced law in Harlan for 16 years. Chief Justice Christensen chaired the Children’s Justice State Council and the Family First Task Force, and served on the Supreme Court’s Family Law Pro Se Forms Committee, Child Support Guidelines Review Committee, Parents Representation Standards Committee, and Guardianship/Conservatorship Task Force as well as the Children’s Mental Health and Wellbeing Advisory Committee. She is a member of the Iowa Judges Association, The Iowa State Bar Association, the Southwest Iowa Bar Association, and the Shelby County Bar Association. Chief Justice Christensen is married with five children and almost six

Justice Waterman, Davenport, was appointed to the Supreme Court in 2011. Justice Waterman, who was born in Davenport, Iowa, earned his bachelor of arts degree from Dartmouth College in 1981. He graduated Order of the Coif from the University of Iowa College of Law in 1984, and served as associate editor of the law review. He was in private practice at Lane & Waterman LLP in Davenport from 1984 until his appointment. He is an elected member of the American Law Institute. Before joining the court, Justice Waterman was active in numerous organizations including the Jury Instruction Committee of The Iowa State Bar Association, the American College of Trial Lawyers, and the Iowa Academy of Trial Lawyers. He was a member of the State Judicial Nominating Commission from 1999-2005, and was a co-editor of Defense Update, the quarterly publication of the Iowa Defense Counsel Association. An avid endurance sports enthusiast, he has completed seven Ironman triathlons and several ultra-marathons including the Leadville, Colorado 100-mile trail run, and the Grand Canyon “Rim to Rim to Rim.” His volunteer work included serving as Board Chair for the Scott County Family YMCA and Rivermont Collegiate. Justice Waterman is married and has four daughters, including triplets.

Born overseas into a military family, Justice McDonald was raised in Des Moines. He earned his undergraduate degree from Grand View University in 1997, his law degree from the University of Iowa in 2001. Justice McDonald graduated from law school with highest distinction. He received the John F. Murray Award and earned Order of the Coif Honor Society recognition. After graduating from law school, Justice McDonald served as a law clerk to the Honorable David R. Hansen, United States Court of Appeals for the Eighth Circuit. Justice McDonald then worked in private practice in Central Iowa for a number of years before being appointed to serve as a Judge of the District Court, Fifth Judicial District of Iowa. In 2013, he was appointed to the Iowa Court of Appeals. In 2019, he was appointed to the Supreme Court of Iowa. Justice McDonald has been an active member of his community. He has supported numerous non-profit, community, and professional organizations in Iowa. He has served on the Board of Directors of Bravo Greater Des Moines, the Iowa Asian Alliance, the Iowa Foundation for Microenterprise and Community Vitality, and the Iowa Judges Association, among others. Justice McDonald is a recipient of the Governor’s Volunteer Award. Justice McDonald is married and has three children.