Skip to main content
You are the owner of this article.
Edit Article Add New Article
You have permission to edit this article.
Edit
Welcome, Guest
Home
News
Sports
Opinion
Obits
Lifestyle
Multimedia
Classifieds
Marketplace
Contests
Share This
1 of 3 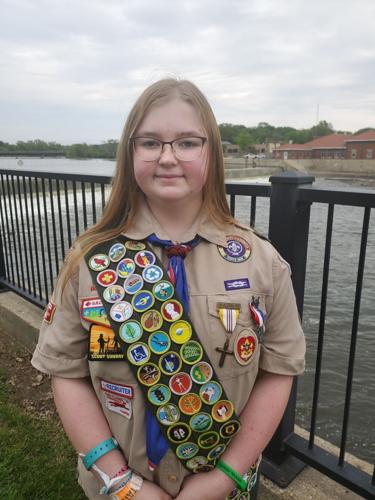 Eagle Scout Jamie Mastin, 18, is the first girl in the area to achieve Eagle Scout status. 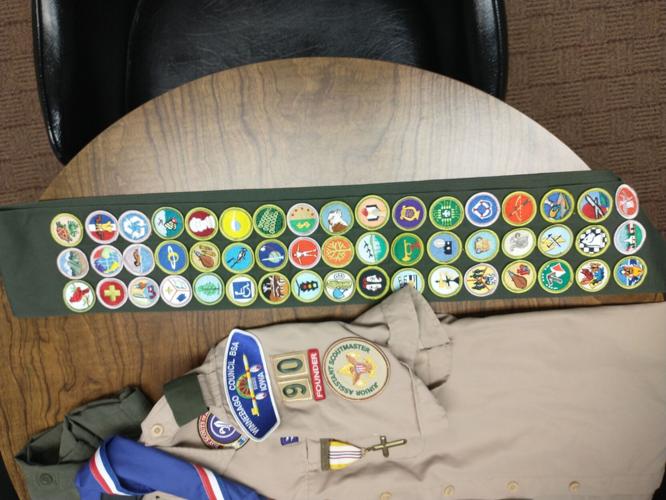 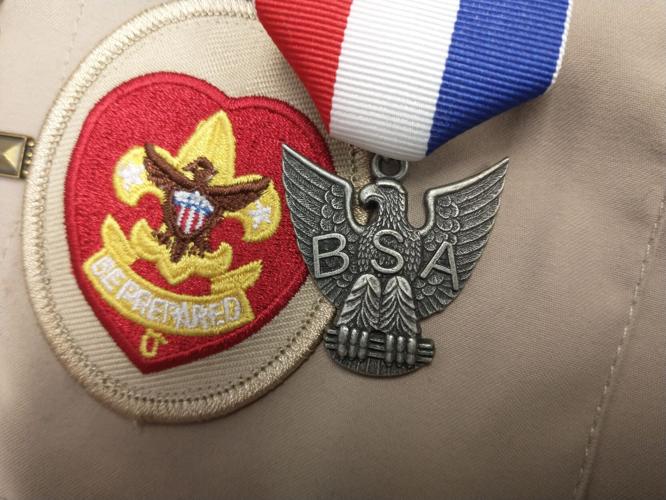 Eagle Scout Jamie Mastin, 18, is the first girl in the area to achieve Eagle Scout status.

Jamie Mastin didn’t have much time.

When Waverly’s newest Eagle Scout signed up to join the Boy Scouts two years ago, she was only a few days shy of her 16th birthday.

She would age out of her eligibility to become an Eagle Scout when she turned 18.

Many of those who achieve Eagle Scout status would have years of experience in the Boy Scouts at her age.

But, she would not be deterred.

“I moved fast,” Jamie told Waverly Newspapers in an interview, “there were a lot of time requirements.”

Jamie, now 18, is the first girl to achieve Eagle Scout status in the Winnebago council, the Boy Scout council that encompasses northeast Iowa. She only is the second girl in the state to do so.

Jamie’s desire to join the Boy Scouts stemmed from seeing the kinds of things her younger brother, Nicholas, got to do as a Scout, such as camping-out or welding.

“He even got to fly an airplane,” she said.

Jamie, who lives in Waterloo, joined the nearest Boy Scout troop for girls to where she lives- the one in Waverly.

Because of the scarcity of girls troops, Waverly attracts girls from all over the Cedar Valley, bringing in scouts from places like Greene, Waterloo, Cedar Falls, and Hudson. The troop currently has eight girls, with Mastin having aged out.

While the Boy Scouts now allow girls to join, they do not allow boys and girls to be members of the same troop.

Waverly has both a boys troop and a girls troop, and while the two stay separate most of the time, there is some camaraderie between the two.

“They’re like a family,” her mother, Molly, told Waverly Newspapers.

As a scout, Jamie has been certified in scuba diving, taught about reptiles and amphibians, practiced shooting rifles and shotguns, studied genealogy, and earned 51 merit badges. And yes, she’s gotten to fly an airplane.

Jamie spoke highly of being a girl in the Boy Scouts.

“It’s amazing because I got to meet other girl troops,” she said. “It’s amazing to see how other girls at the same stage are doing and progressing. It’s really nice to see other people like me doing the same things.”

As a teenager, he just missed out on becoming an Eagle Scout himself, when his Boy Scout troop shut down, leaving him just short of the mark.

Jamie’s younger brother, Nicholas, is now preparing his presentation to hopefully join her as an Eagle Scout.

Her younger sister, Jillian, has just begun her own journey with the Boy Scouts.

Outside of the Boy Scouts, she played trumpet in the marching band (where she also served as a drum major), has been a member of Waterloo West’s debate club, and helped to start a literary club at her high school.

Jamie also serves as a member of the Leo’s club, a partner of the Lions club, which allows people between the ages of 12 and 18 to serve their communities.

In the fall, she will attend Coe College in Cedar Rapids, where she plans to put the skills she learned in the Boy Scouts to good use.

“I found out I really like teaching about animals,” she said. “I want to get a degree in biology, and go for a master’s or a doctorate in zoology.”

That doesn’t mean she’s finished being involved with the Boy Scouts. She plans to continue teaching to help scouts earn merit badges, and plans to remain an assistant scoutmaster for her former troop.

“She has good leadership qualities, and has developed them through the Boy Scouts,” her mother said. “She loves to make sure everyone has what they need.”

Scattered thunderstorms in the evening. Partly cloudy skies overnight. Low near 60F. W winds shifting to NE at 10 to 15 mph. Chance of rain 40%.